Savandurga, India - July 28, 2018
We chose Savandurga - the largest monolith in Asia, as our first trek location, after shifting to Bangalore and starting our corporate lives. Situated about 70km from the city it makes a perfect location for an adventurous trek. 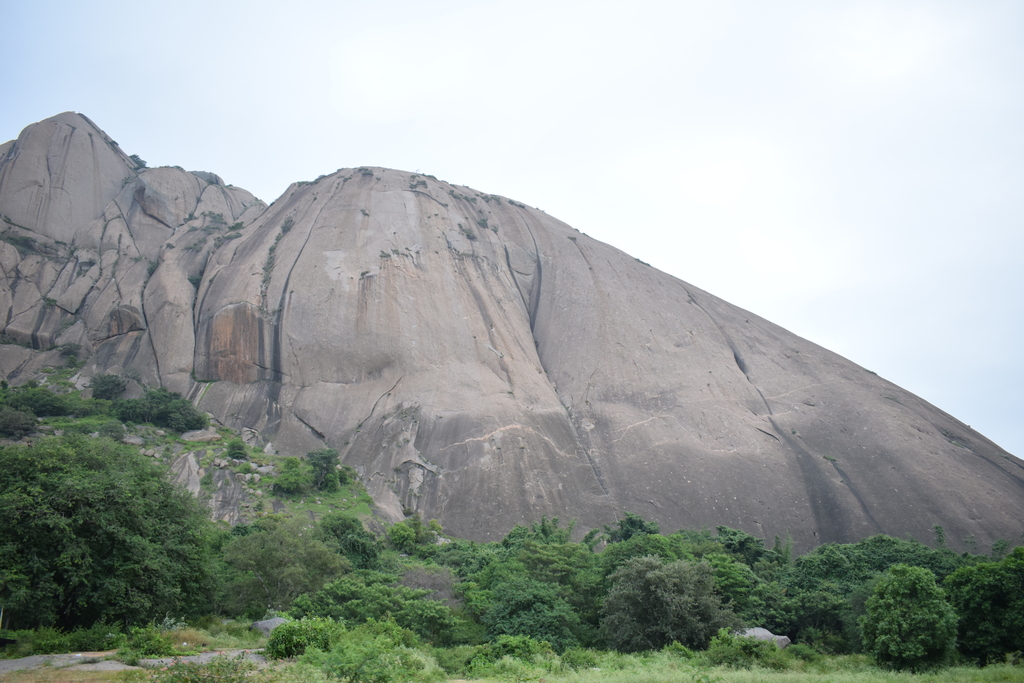 A part of the Deccan Plateau and situated at a height of 4220ft the steep slopes are not for the faint-hearted. 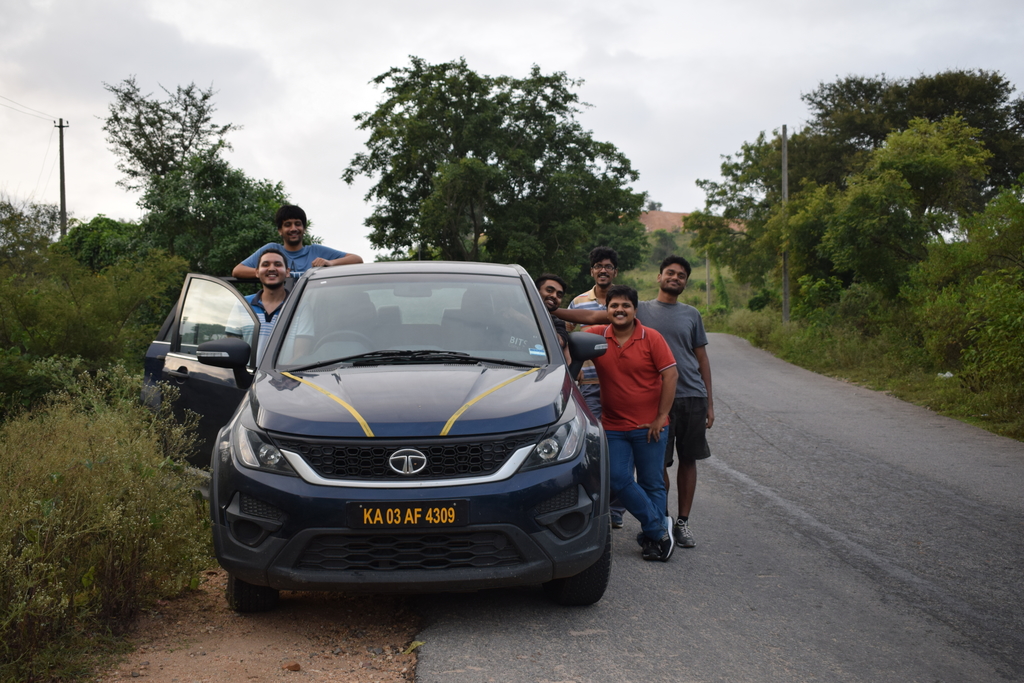 Waking up at 3AM we hired a zoomcar and started for Savandurga hoping to complete the trek before the sun shines over our heads with its great might. 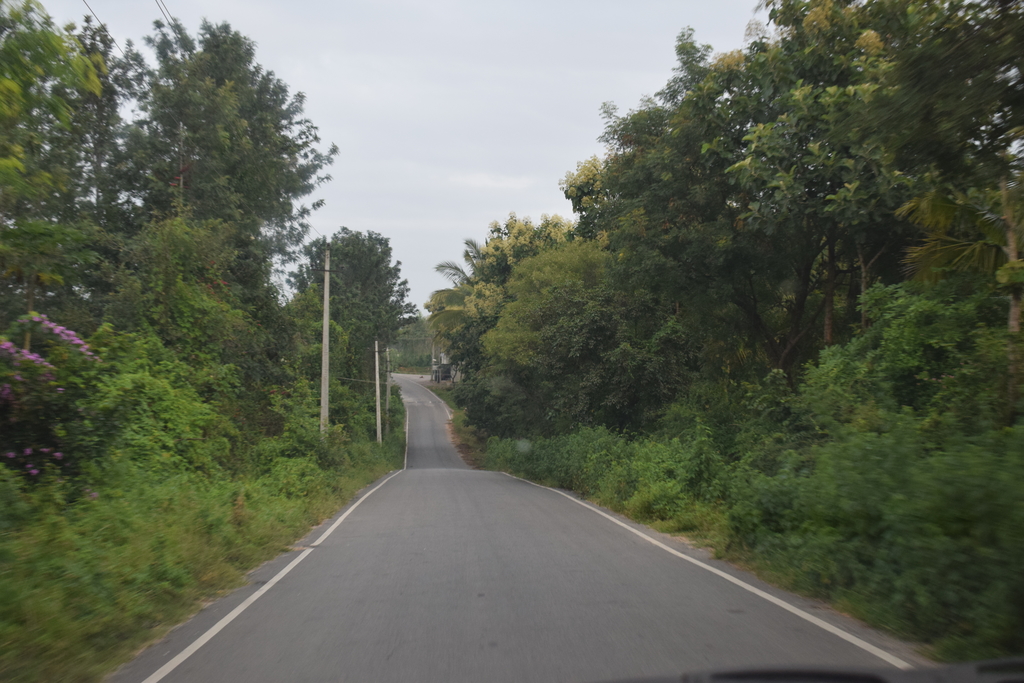 The only things one longs for in a road trip: smooth roads, lush flora with a great weather. 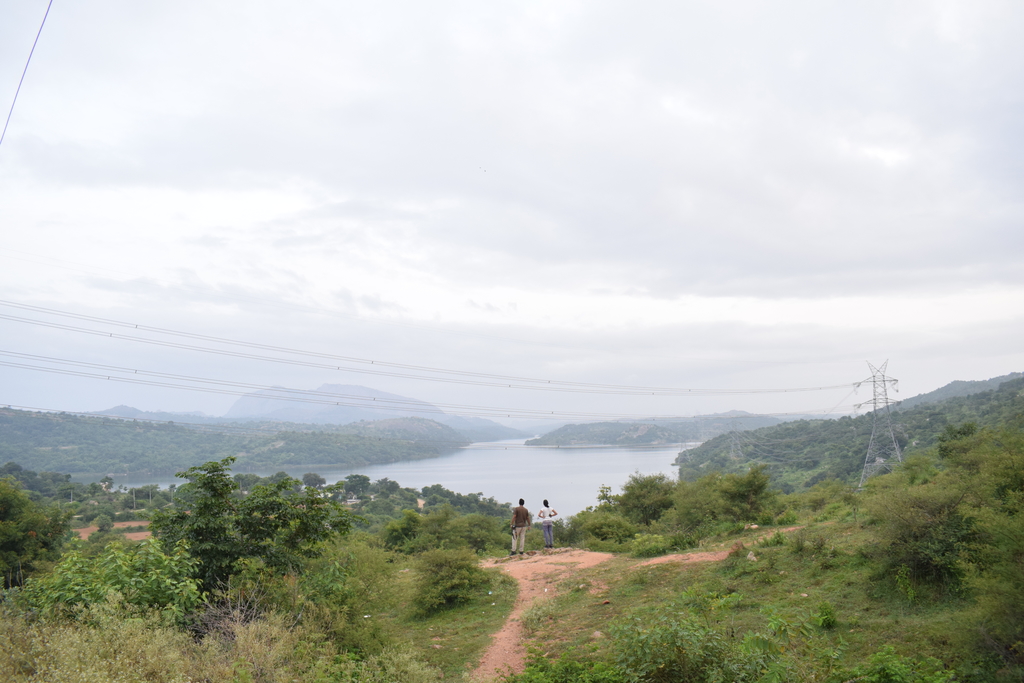 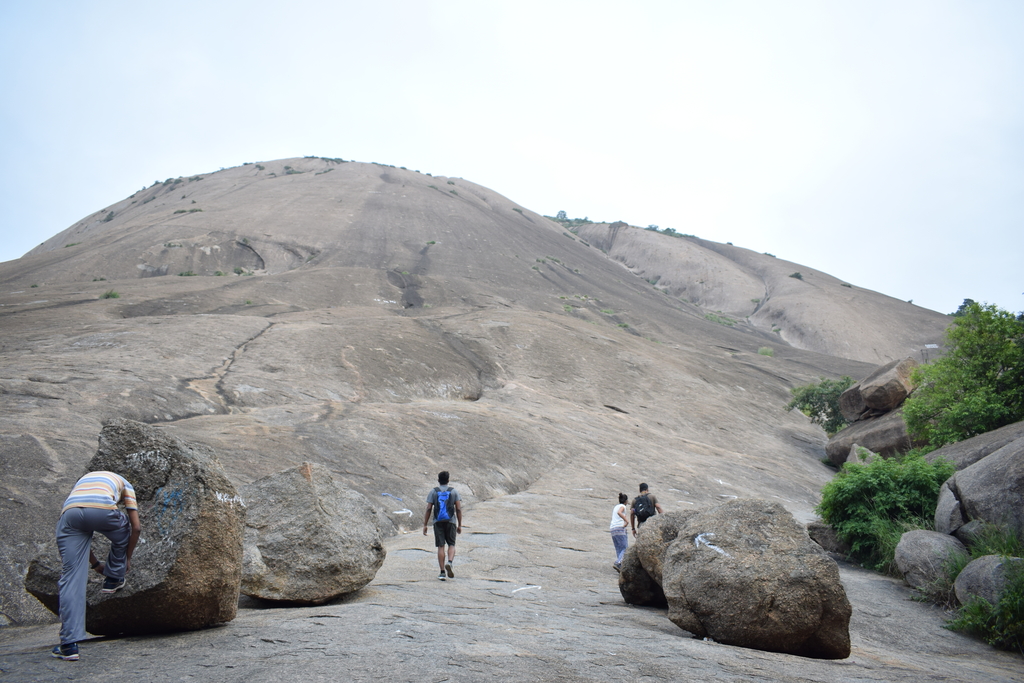 This is the terrain that you're greeted with at the base of the hill - it definitely will be one heck of a trek? 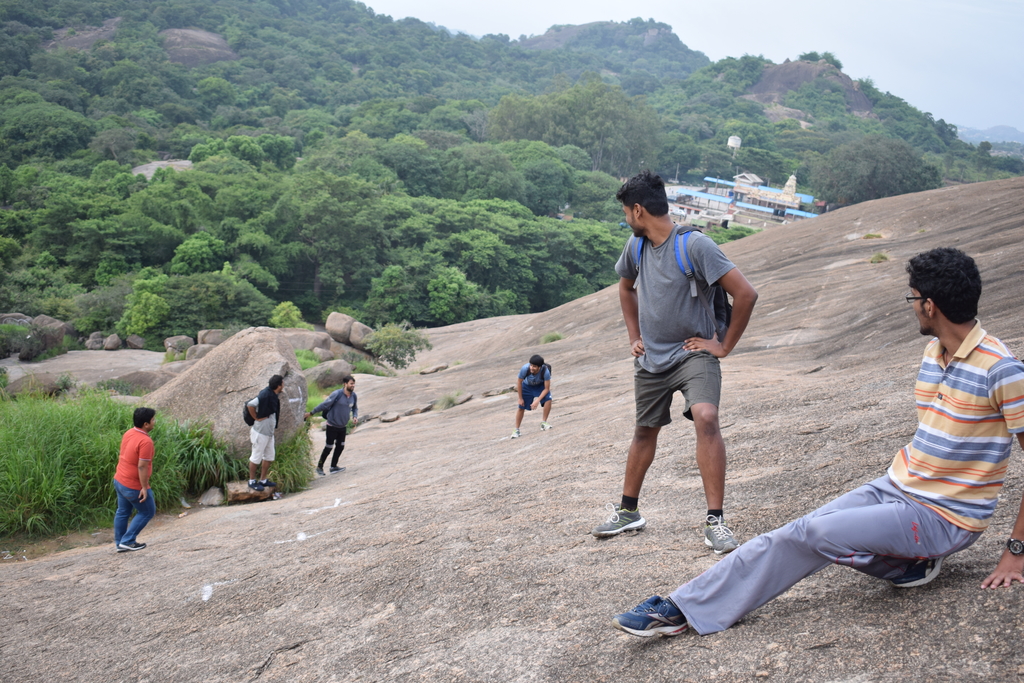 The steep slopes take a heavy toll on legs, esp the knees which makes the trek super challenging and dangerous. 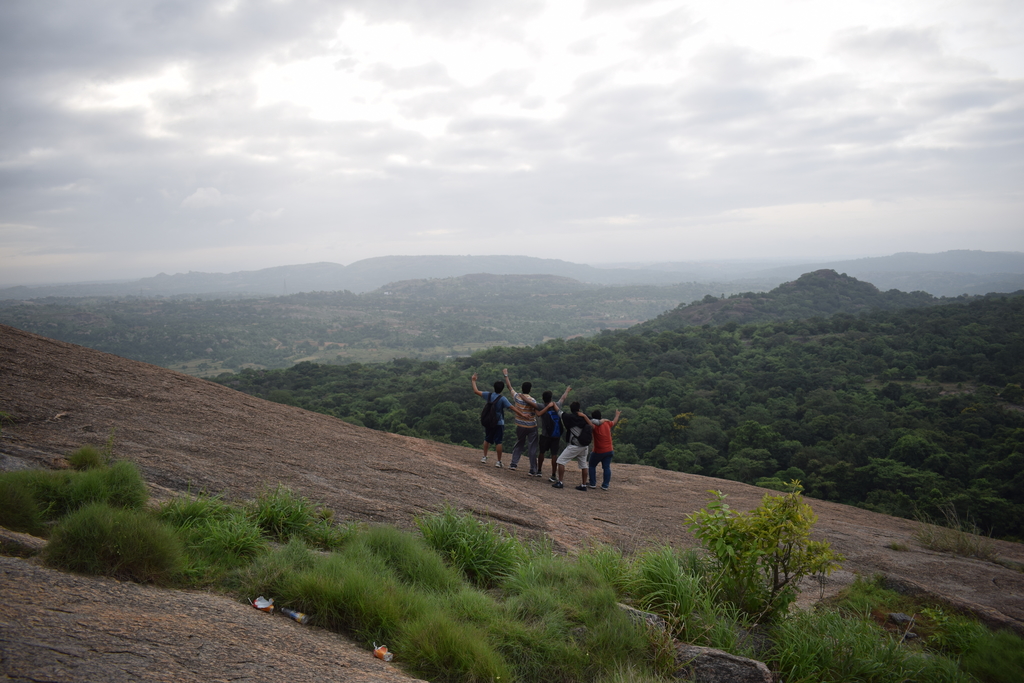 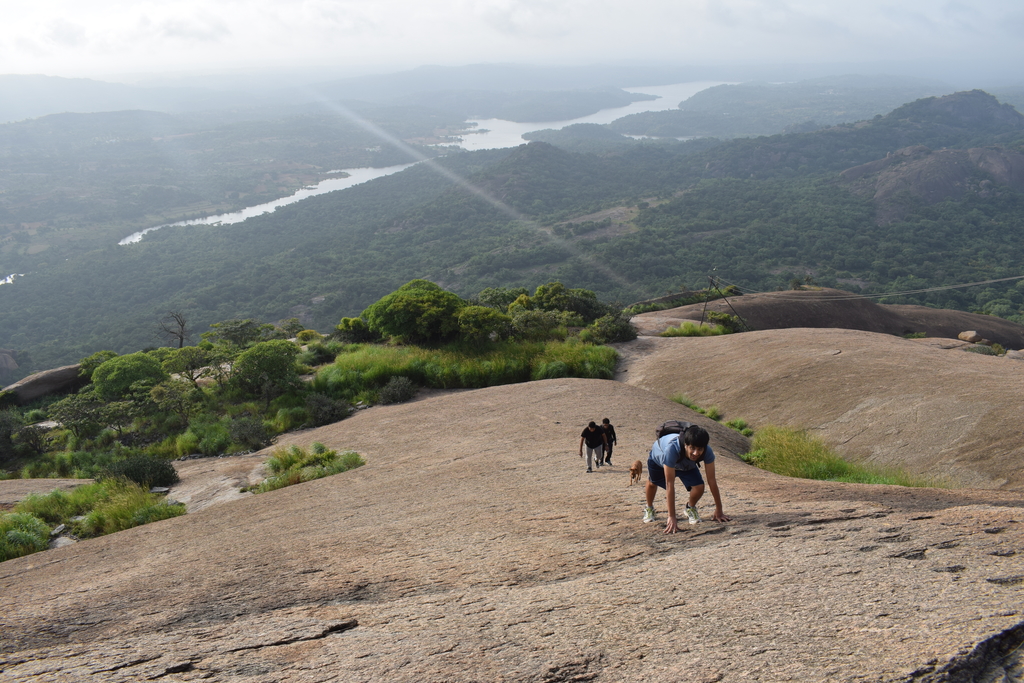 Some parts of the monolith seemed almost perpendicular and one couldn't just walk upright without support. 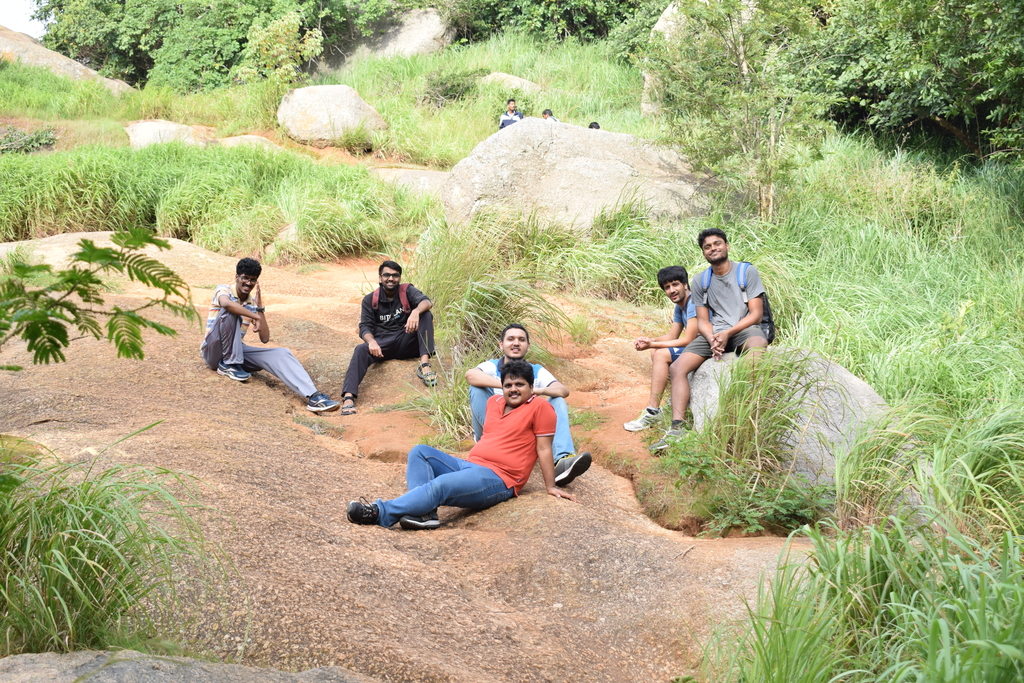 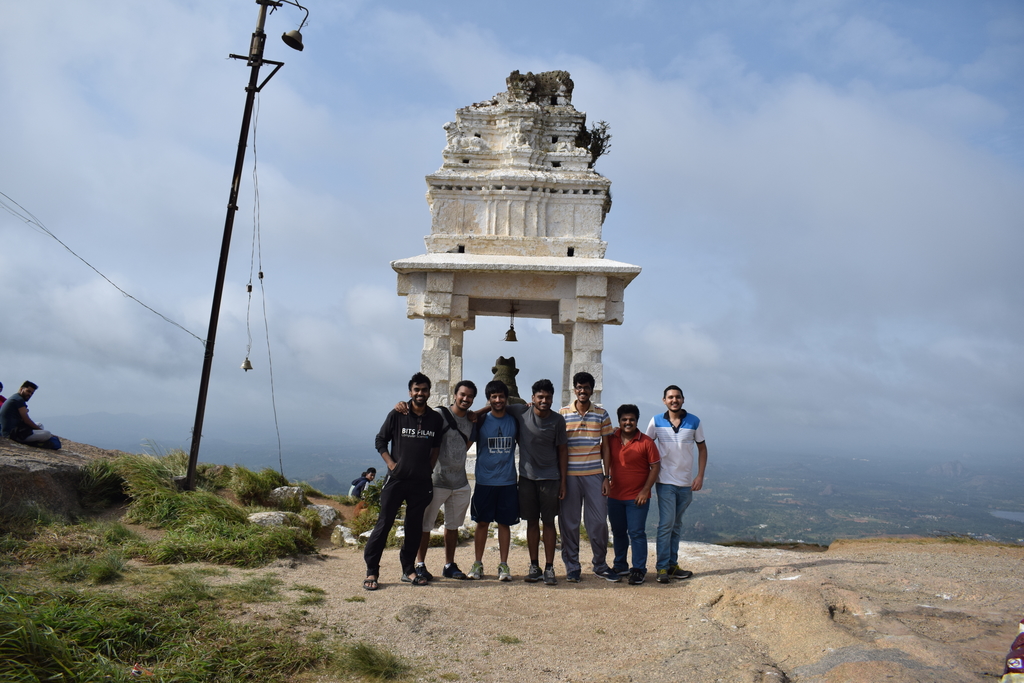 See those happy faces after reaching the summit? In the backdrop is the Nandi temple which marks the end of the 1.5 hr climb. 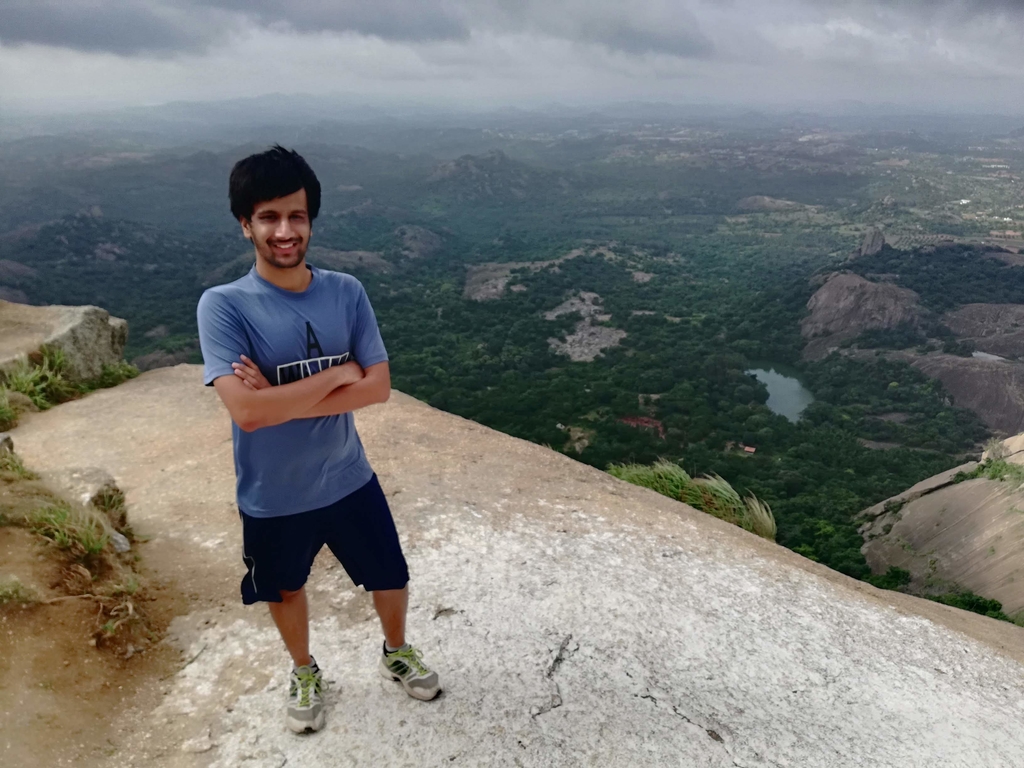 One can probably see the outskirts of Bangalore from such heights. The strong currents of wind with the amazing weather just made the trek all well worth it. 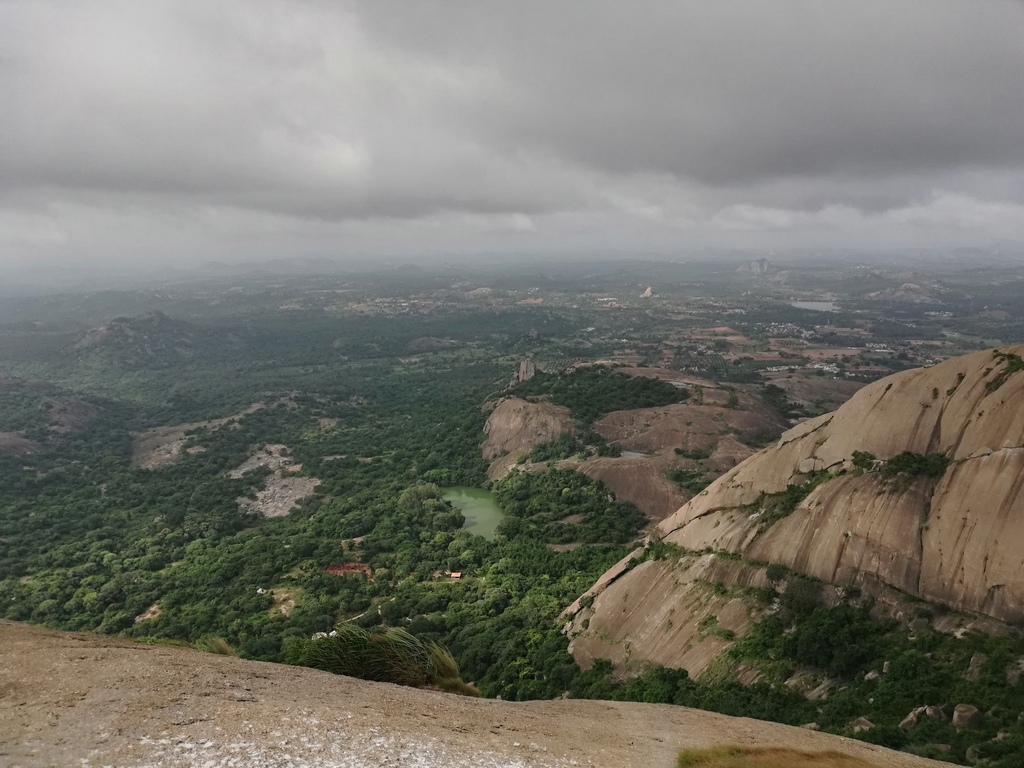 Views from the summit 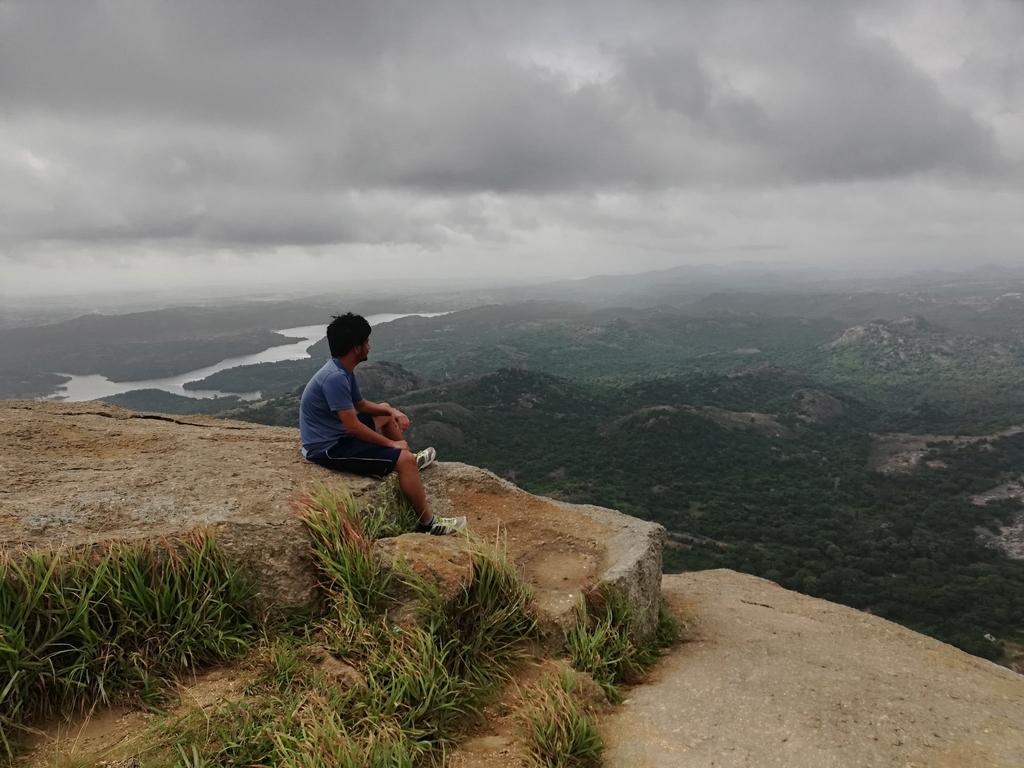 One needs some time to absorb these serene views of the river and the vegetation. 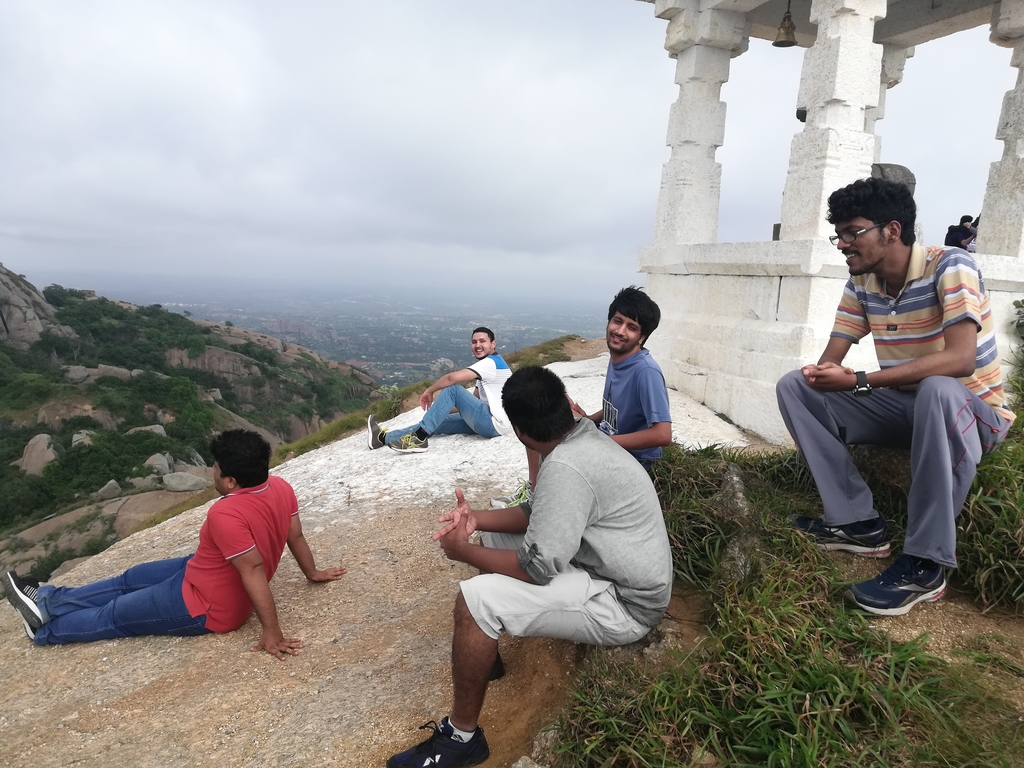 Of those random conversations with the homies, on the summit where one probably contemplates life. 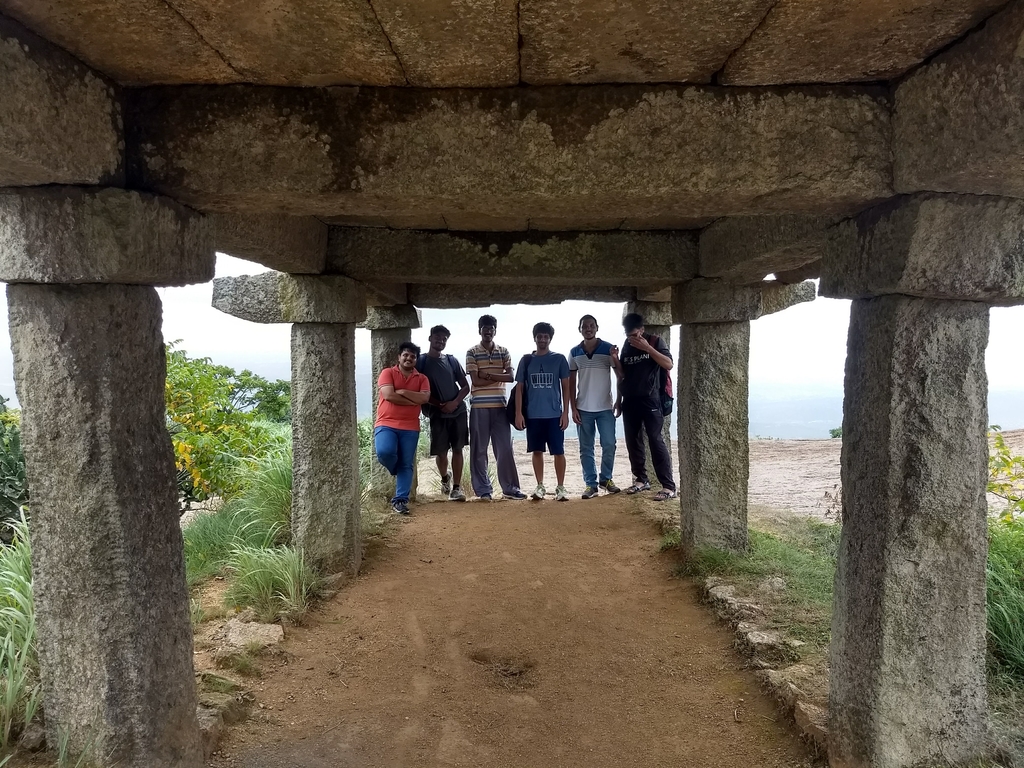 One can also see the ruins of the fort built by Kempegowda all across the hill. 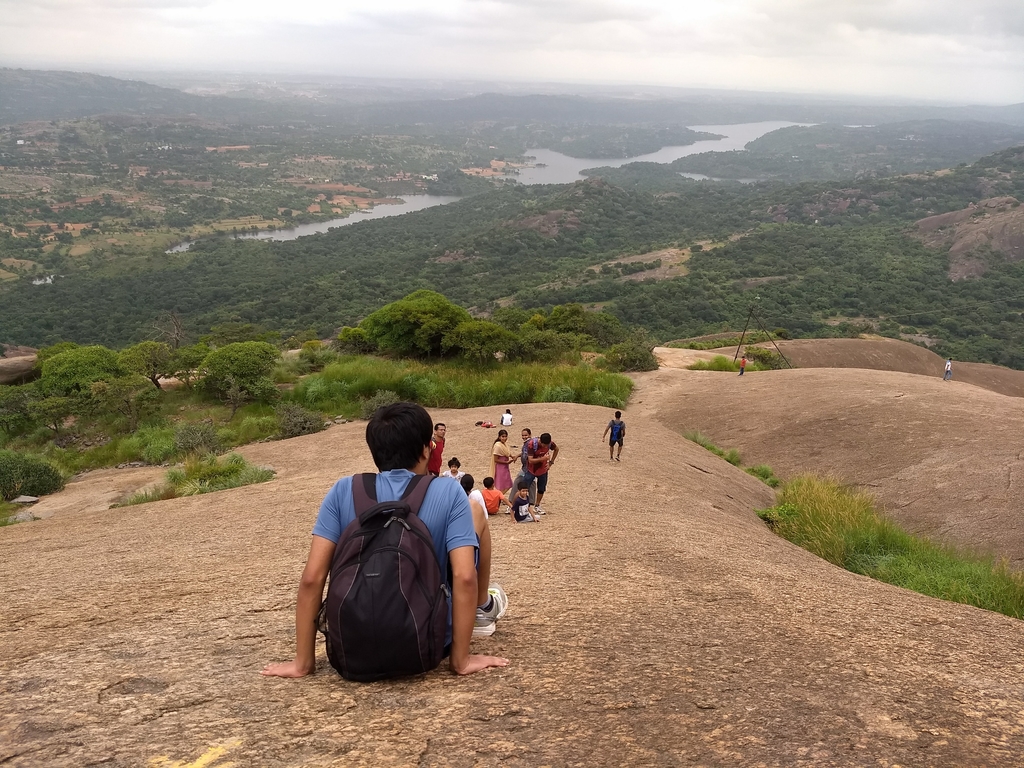 Difficult to believe but the descend is probably more difficult than the ascend where the chances of slipping increases manifold.