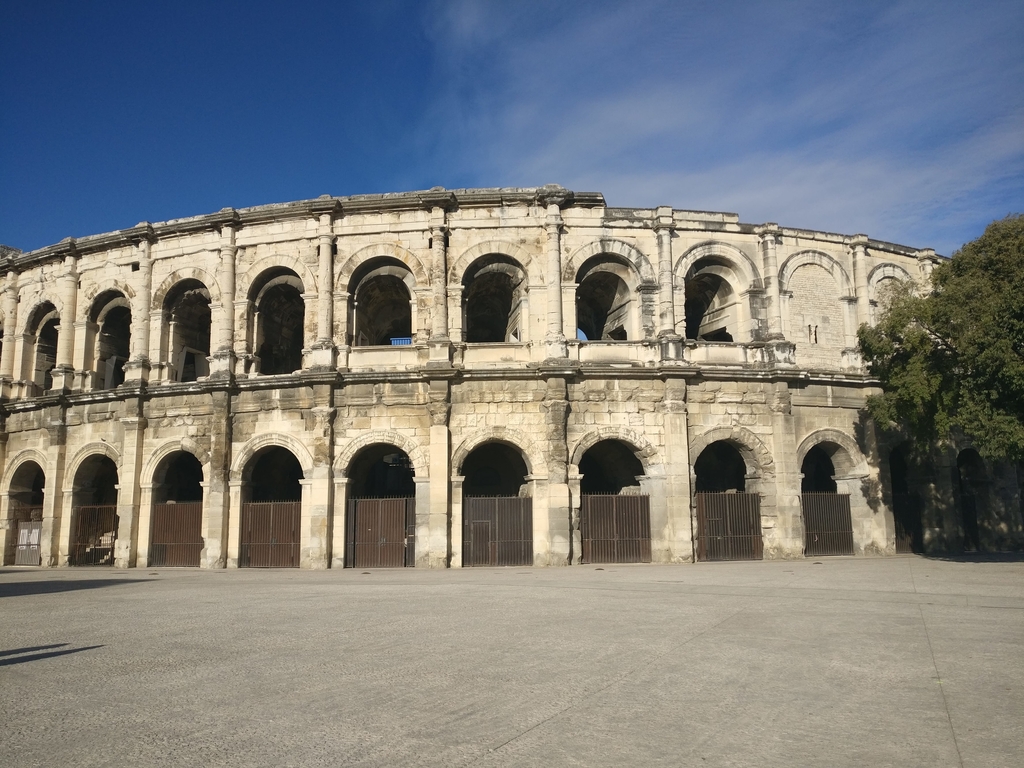 Arena of Nîmes, the Roman amphitheater was built around 70 AD which means it's almost 2000 years old!! 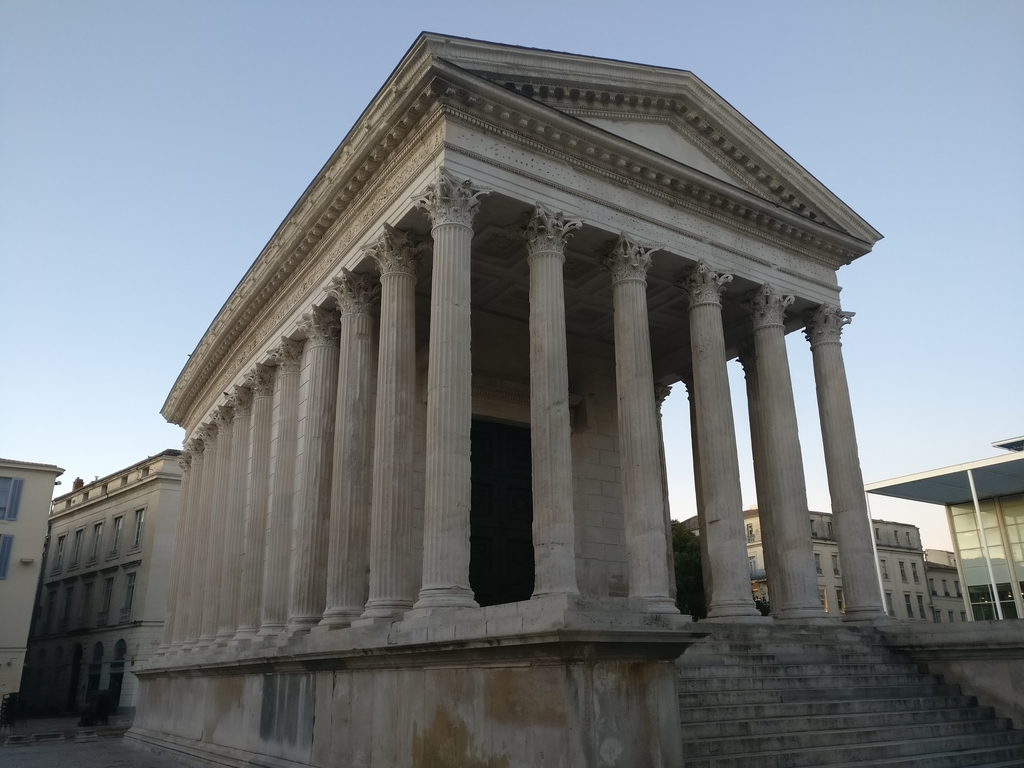 Maison Carrée - is one of the best preserved Roman temple façades. Built around 4AD it is definitely the oldest thing I have ever seen. 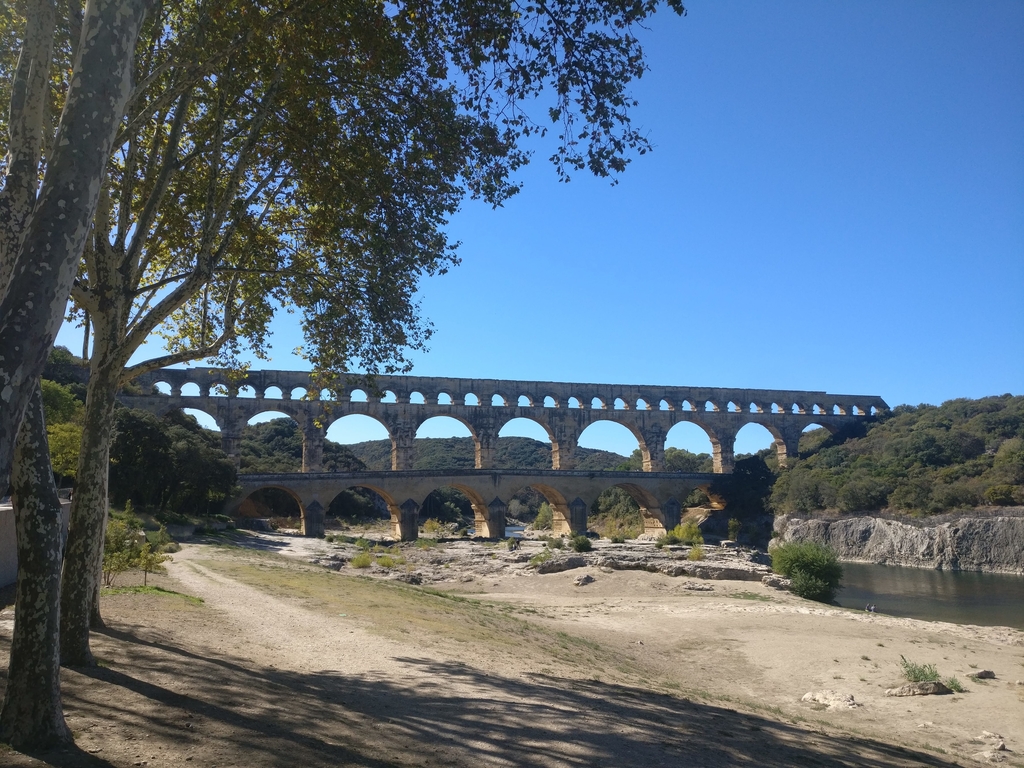 The Pont du Gard, which is the highest of all elevated Roman aqueducts was also built in the first century. 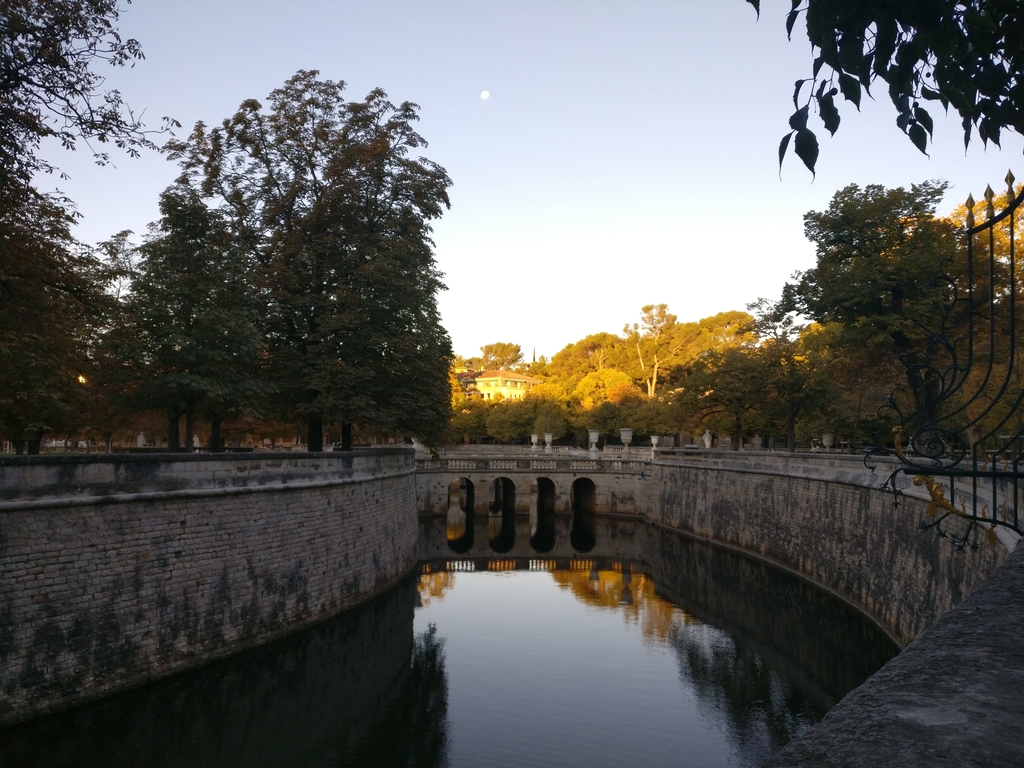 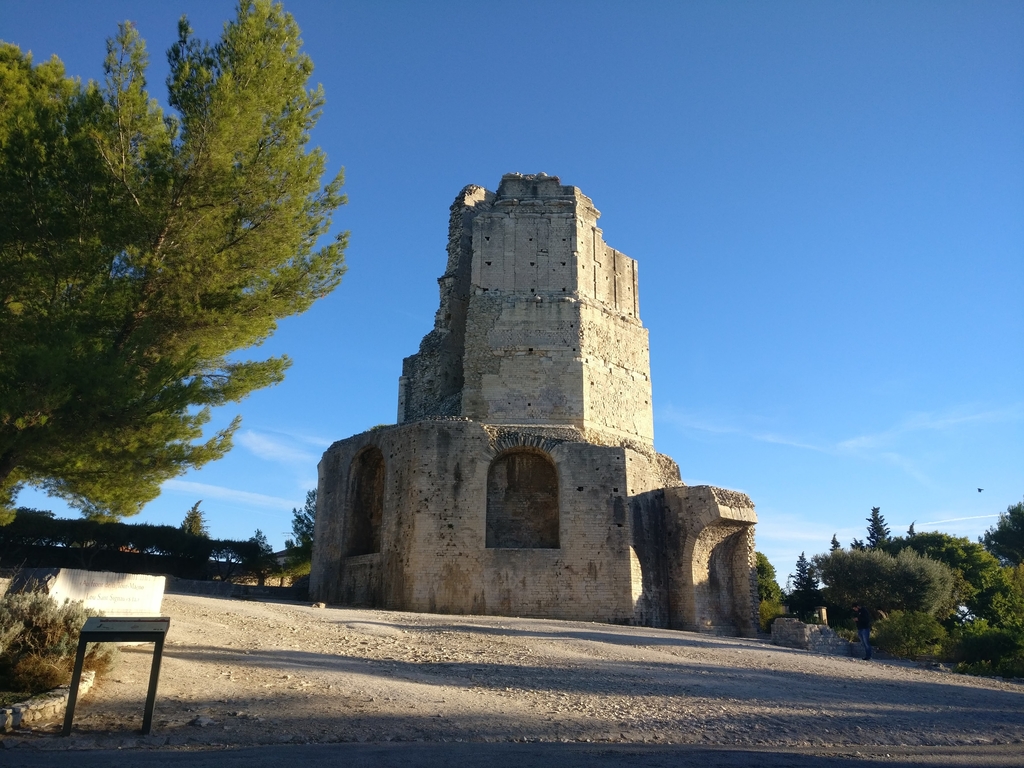 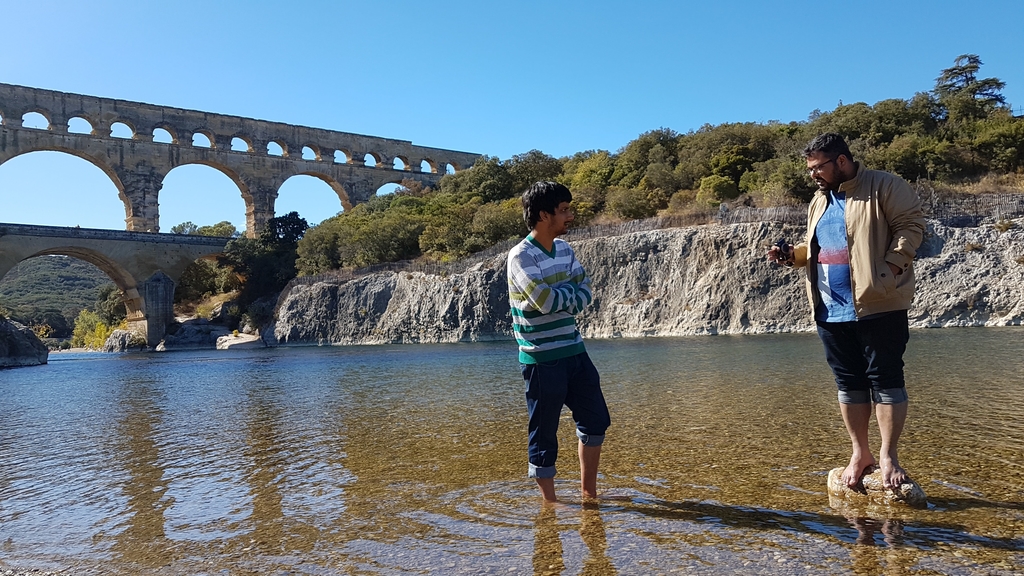