Hampi, Karnataka, India - December 22, 2018
After 5 long weeks of no travelling, we decided to explore Hampi - the capital of Vijayagara empire and one of the famous UNESCO World Heritage Site of South India. It also happened to be the second-largest medieval-era city after Beijing. 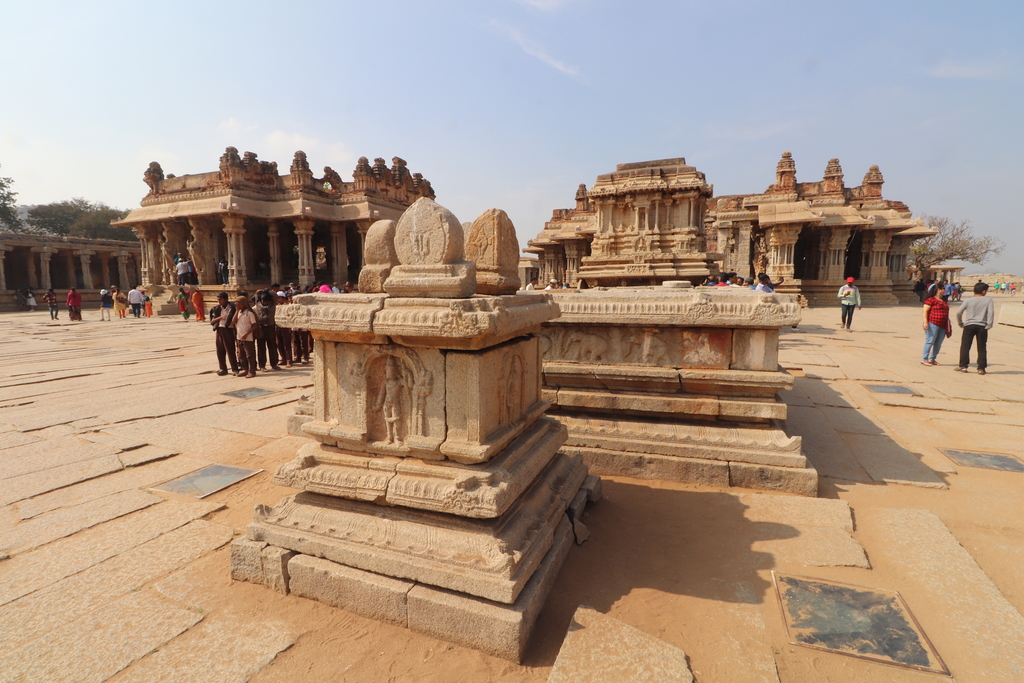 Despite all it's glory in 15th century, it is currently in ruins after the empire was defeated by Muslim sultanates. This trip should be a good history lesson. 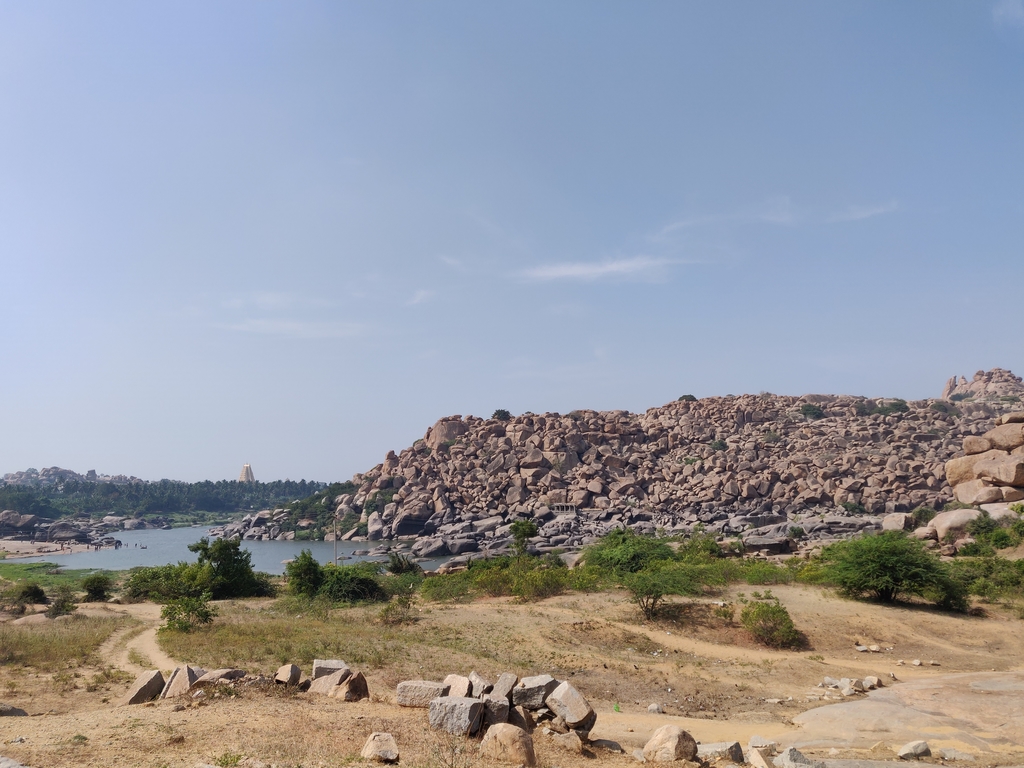 The whole area has a rocky terrain and people believe that every rock in hampi has it's own story to tell. 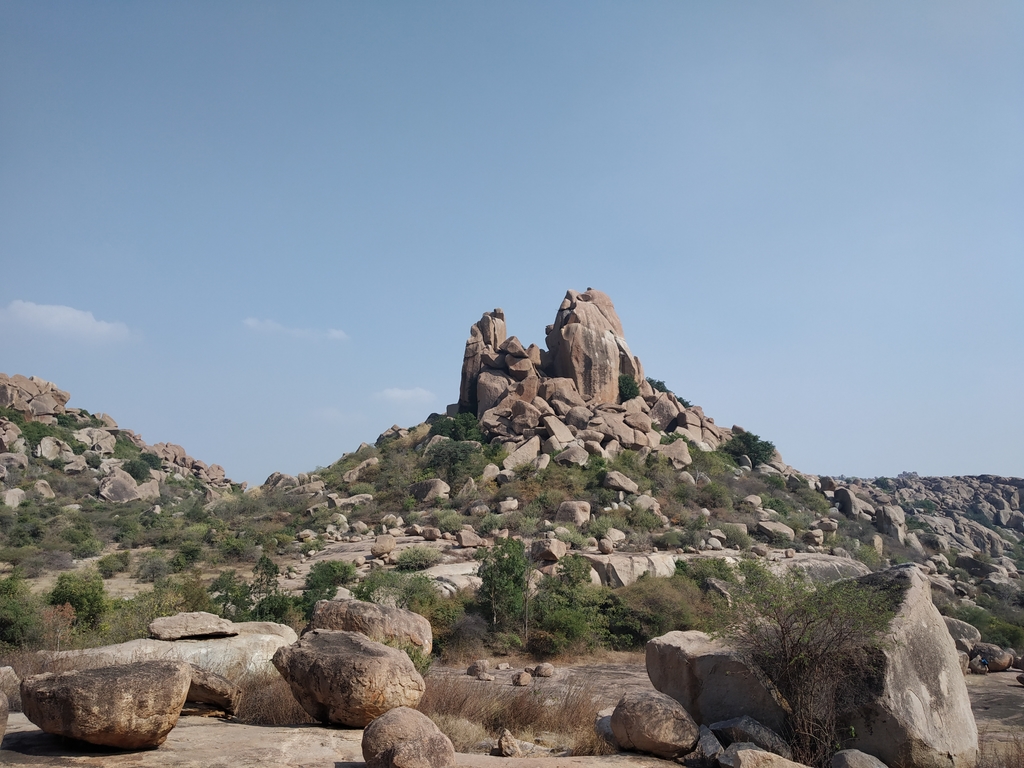 Still wondering how all these rocks end up in such a formation. 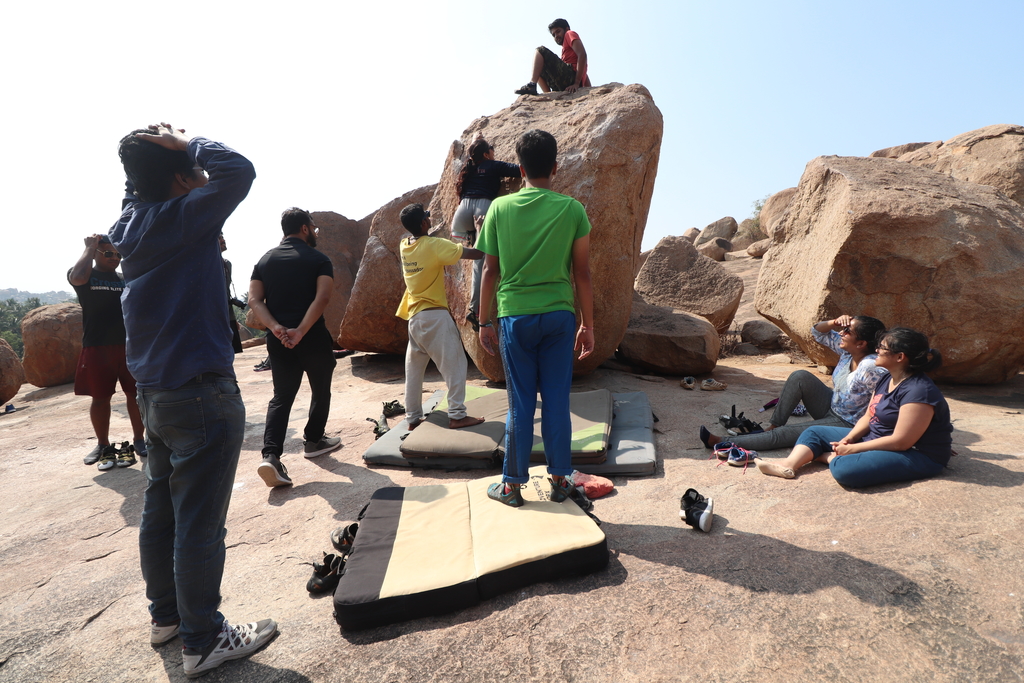 And all these boulders (rocks) makes Hampi a perfect place for bouldering - unassisted rock climbing - and attracts tourists from all over the world. 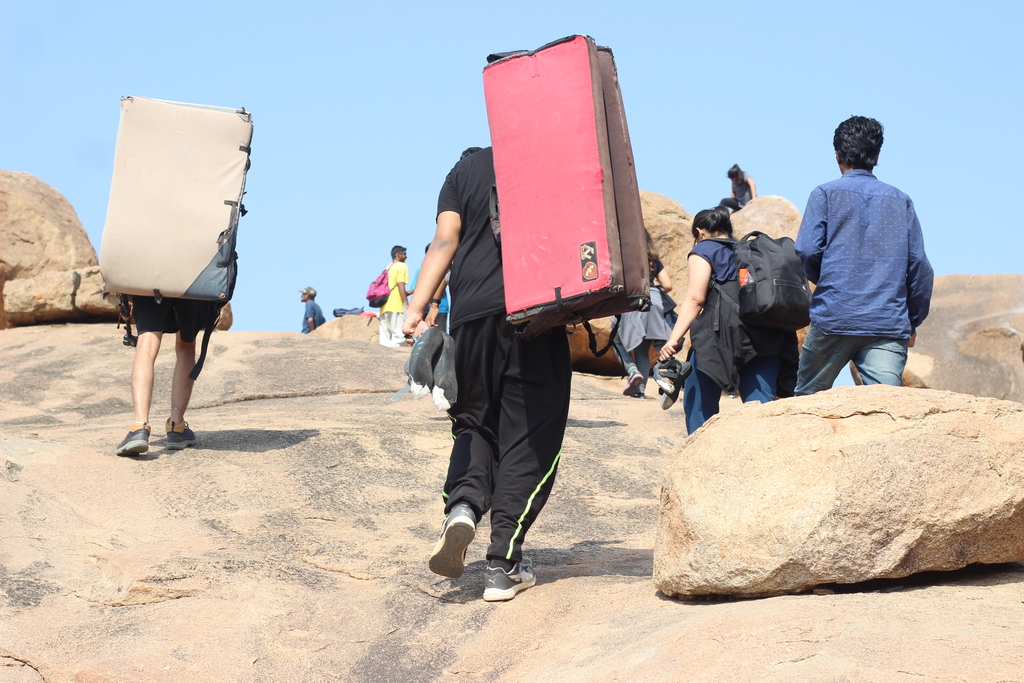 Carrying the cushions for the inevitable falls while climbing those big boulders. 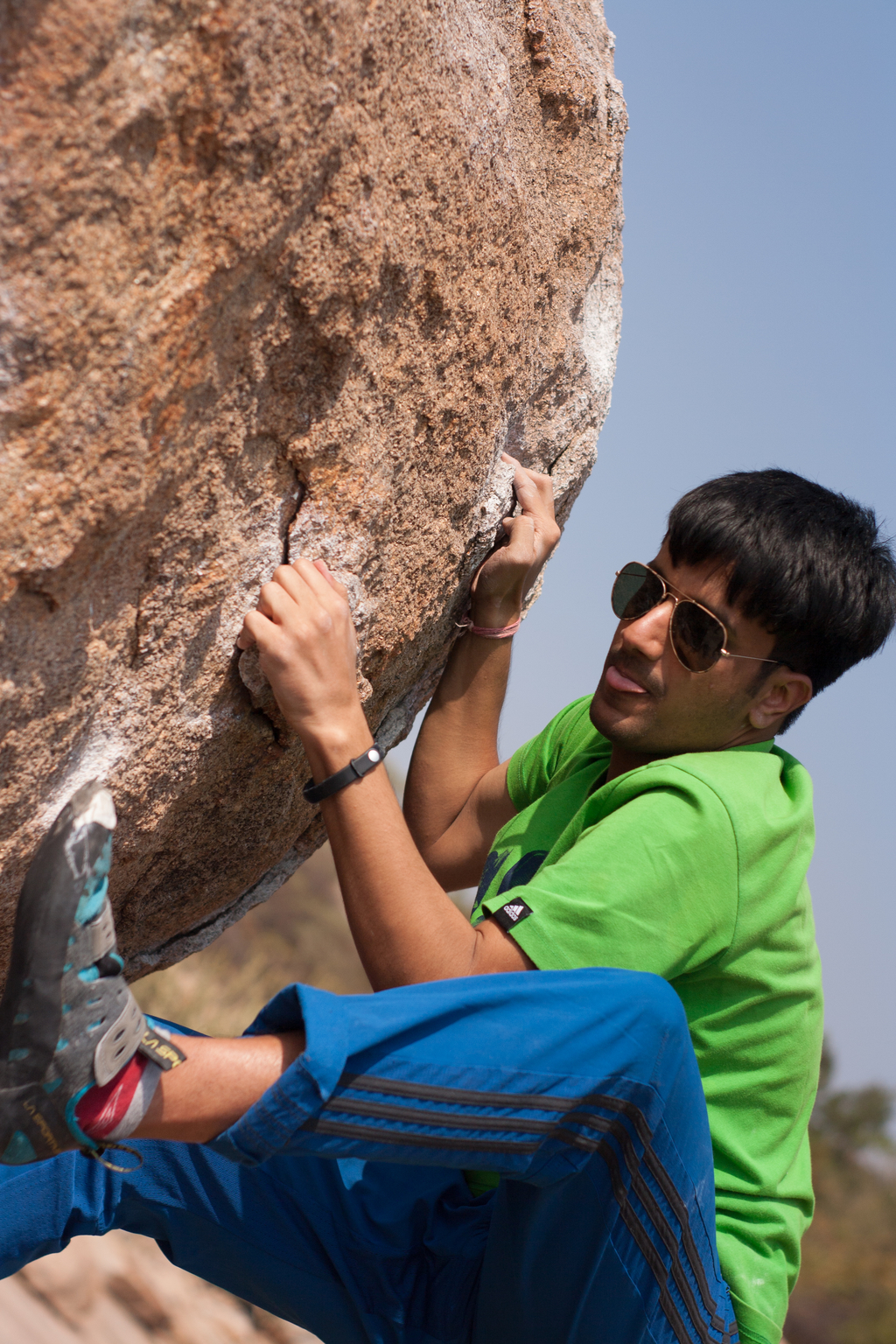 Being the unfit guy, it was tough time tackling these huge pieces of rocks.

Weirdly all the meals at restaurants in Hampi take over an hour to serve - giving us the opportunity to converse and click more pictures :) 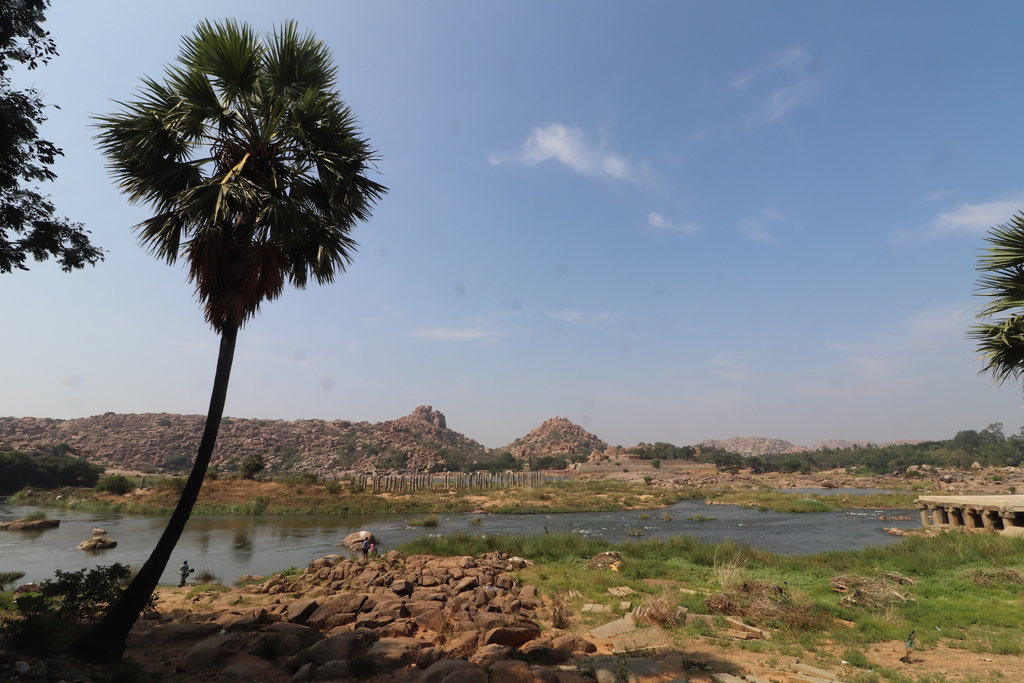 The city sits on the banks of the Tungabhadra River, giving it a beautiful landscape. 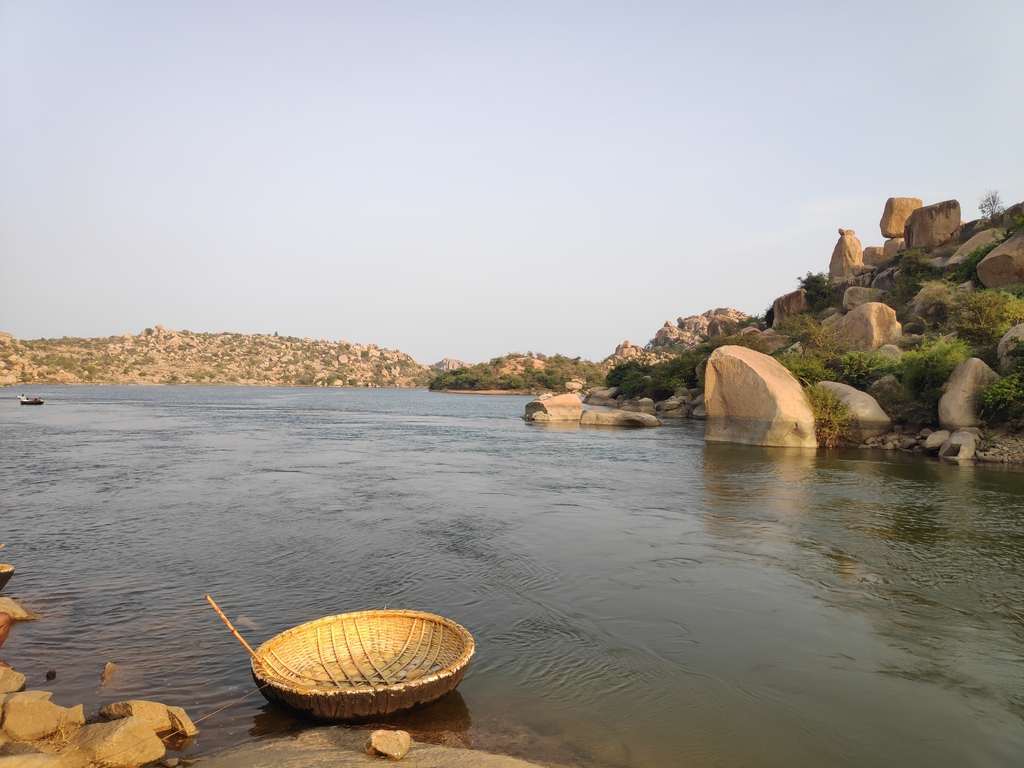 Coracle boats which are in use at Hampi since the time of the Vijayanagra empire. 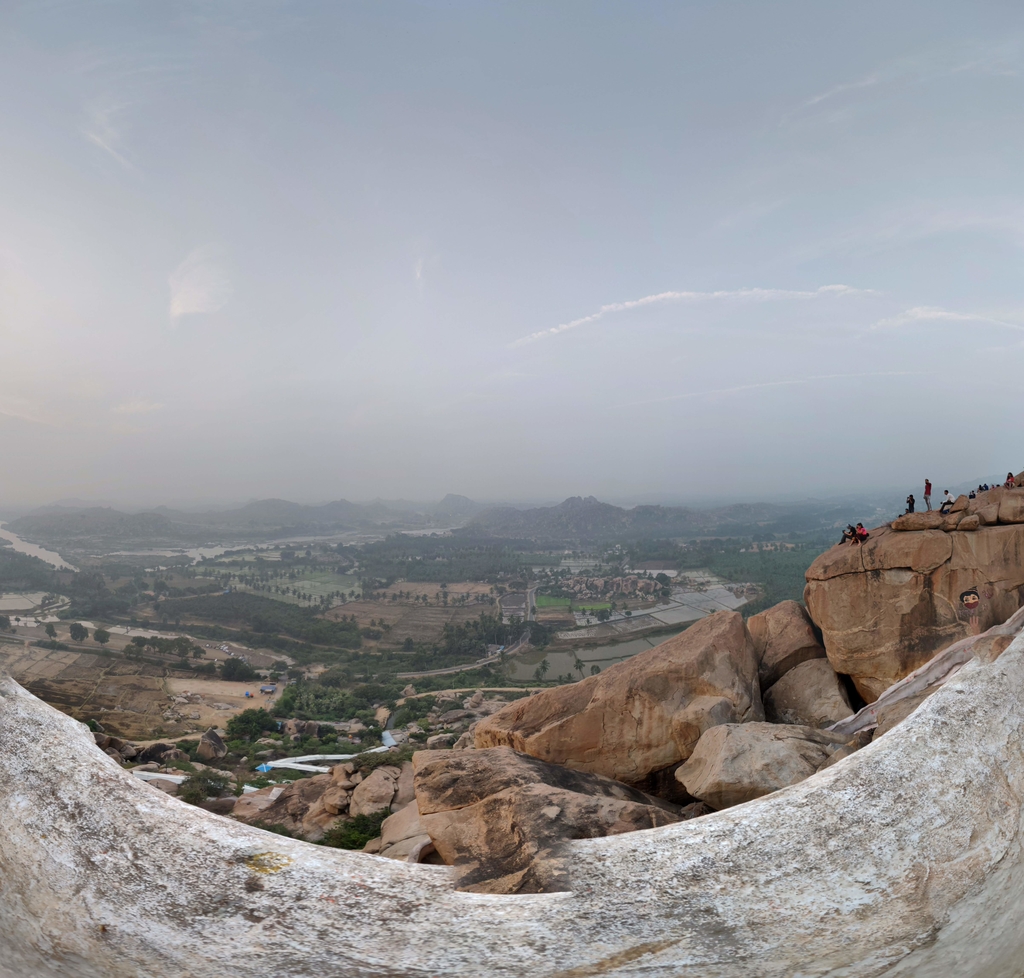 The boat ride was followed by a quick trek to the summit of a nearby hill ... 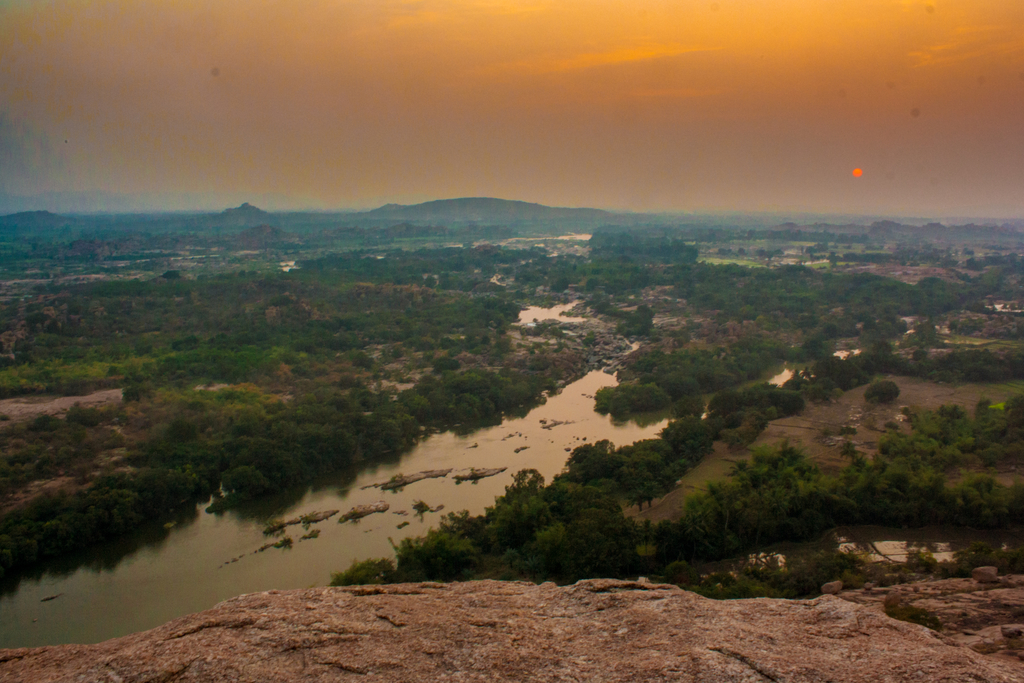 .... racing against time to capture the beautiful sunset 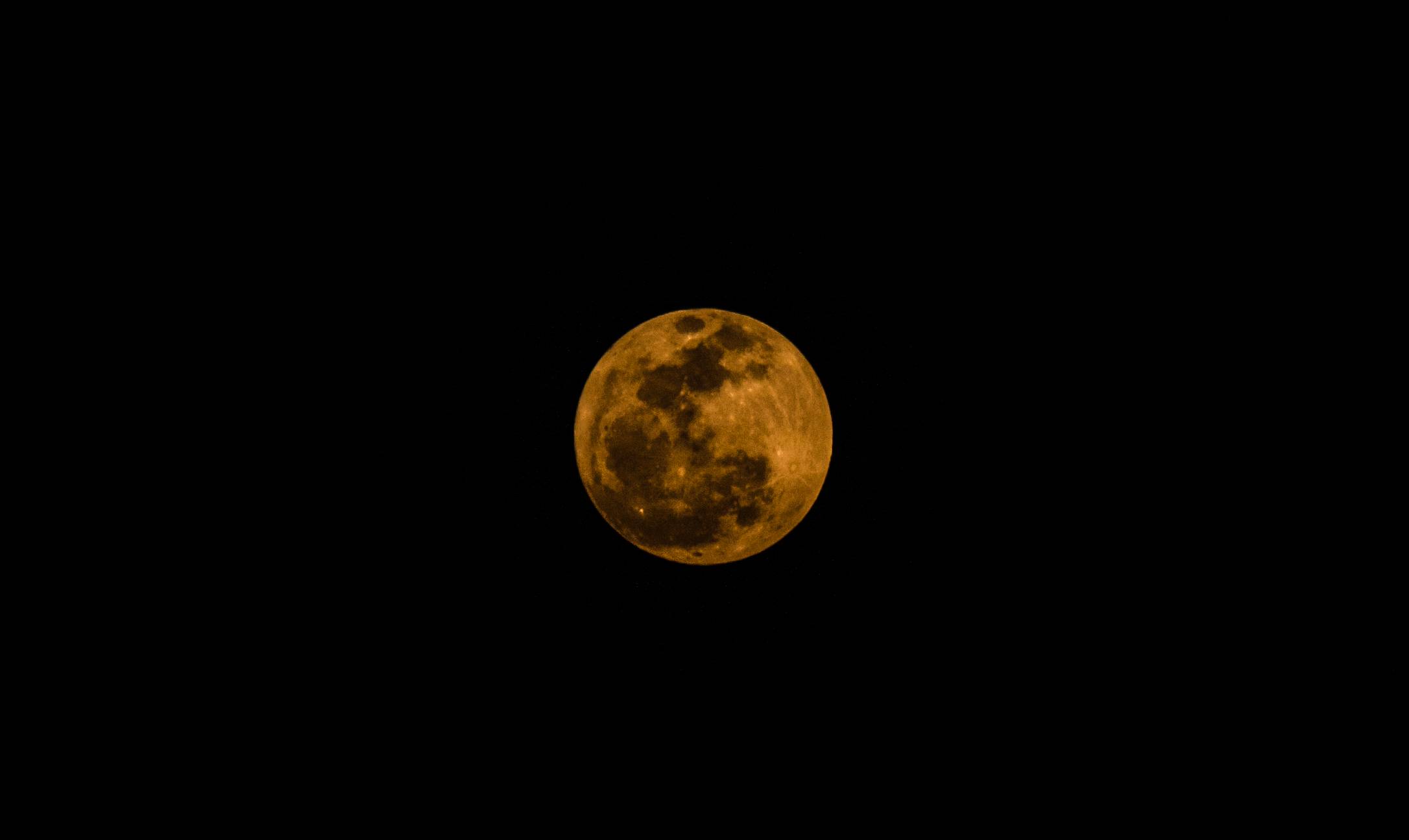 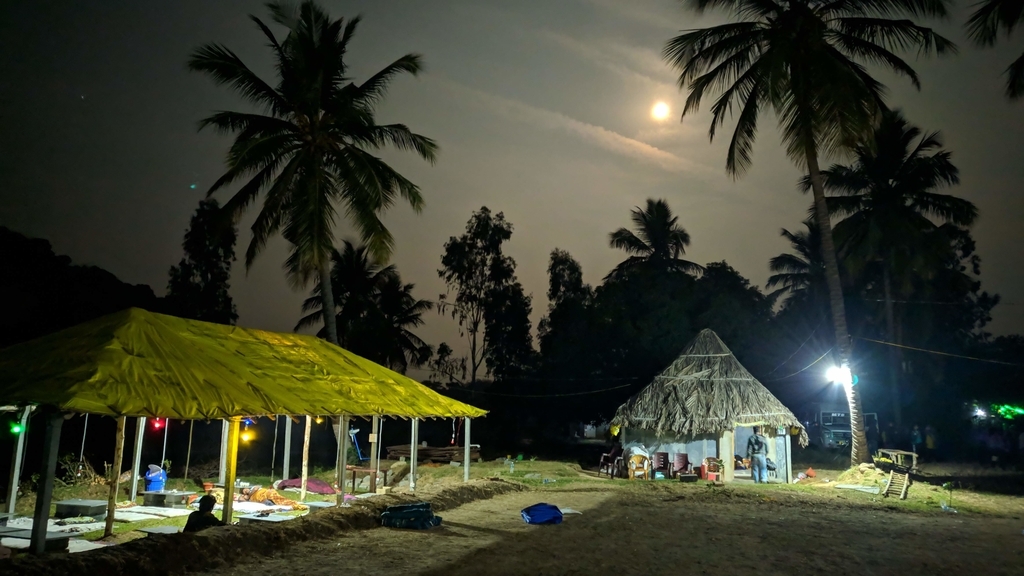 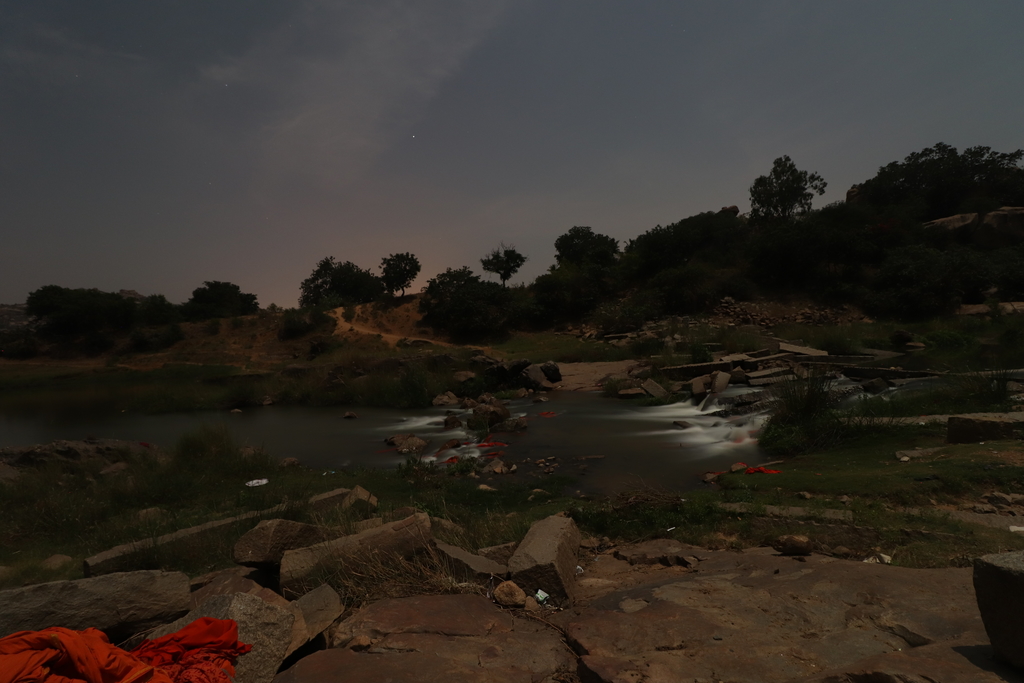 Believe it or not, this picture is clicked at 1AM in the night.

Slept in tents and woke and woke up early morning with aching bodies for a sunrise trek ... 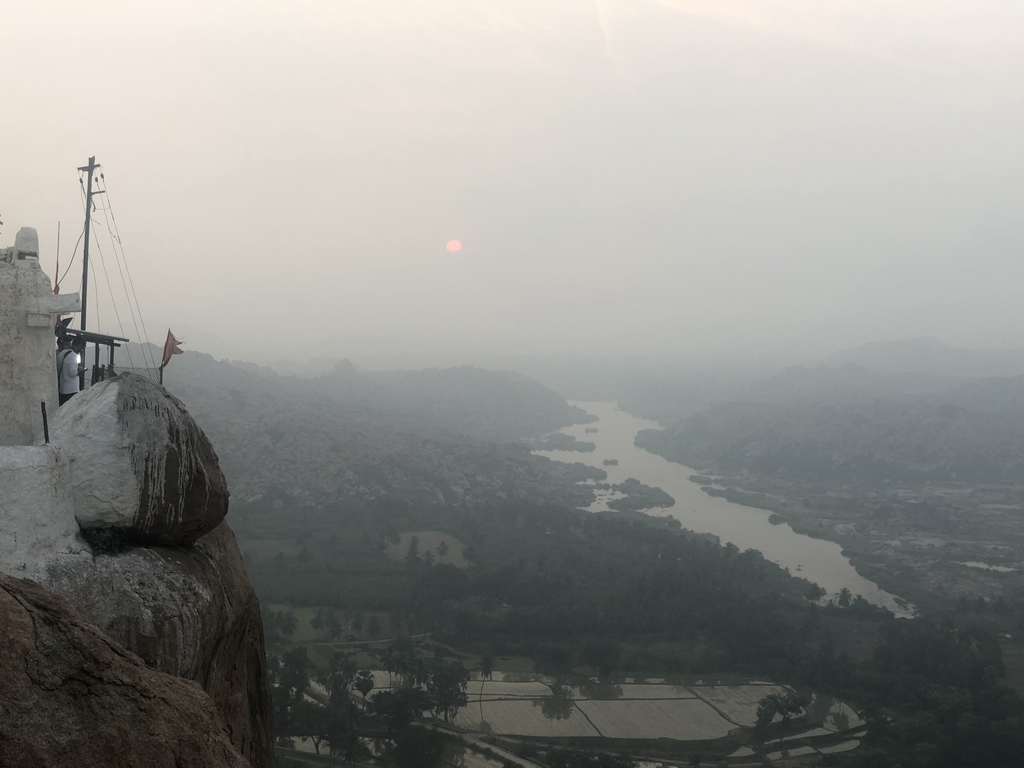 ... to the hill where lord hanuman was born. Mythology much? Wow! 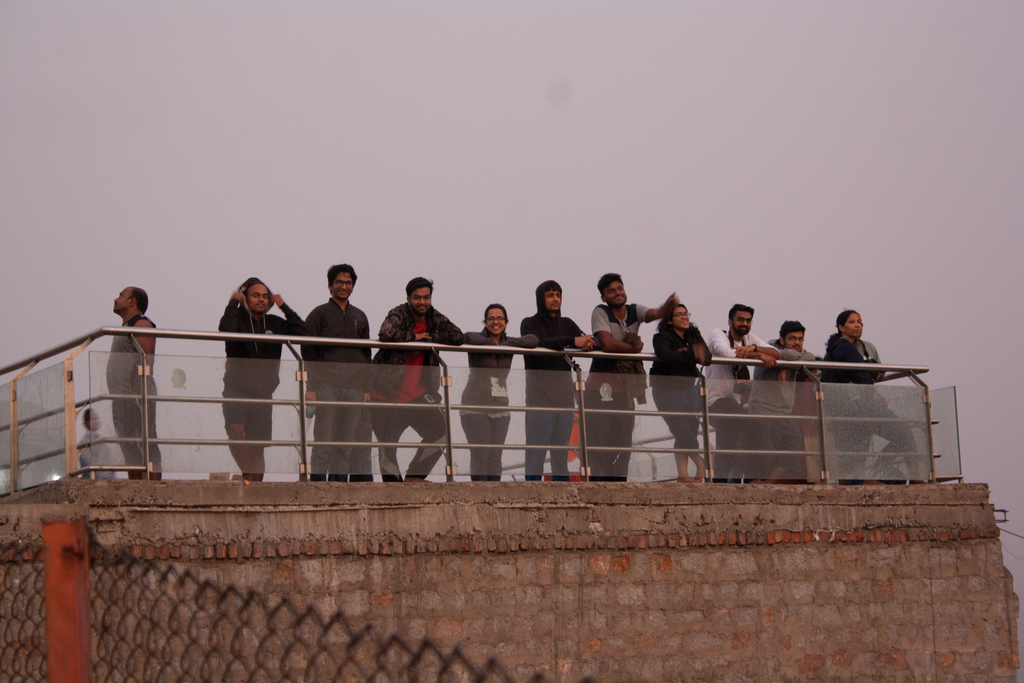 Waiting early for the sunrise ... 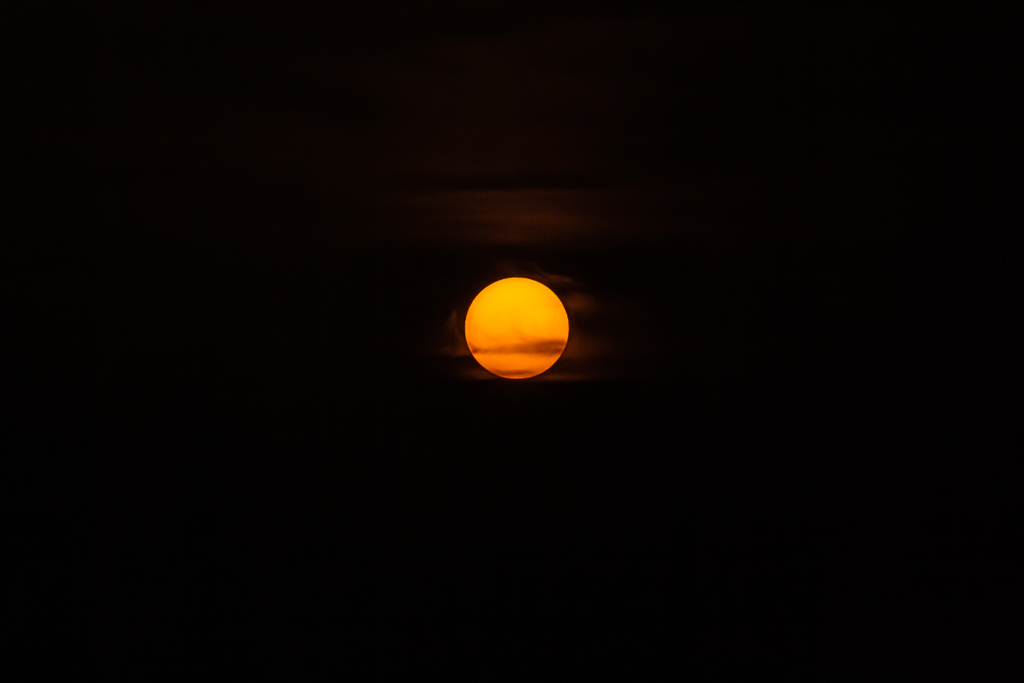 Can it get more serene? 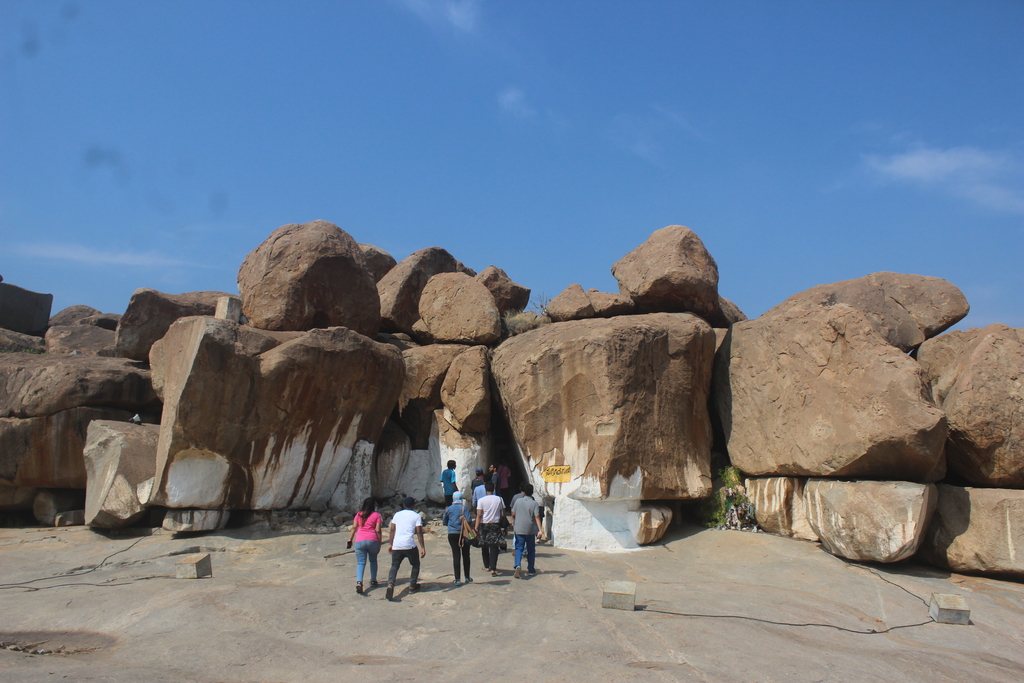 More mythology: this cave is of the Kishkindha's Sughriva and also the place where Lord Ram fought Bali as per the Ramayana 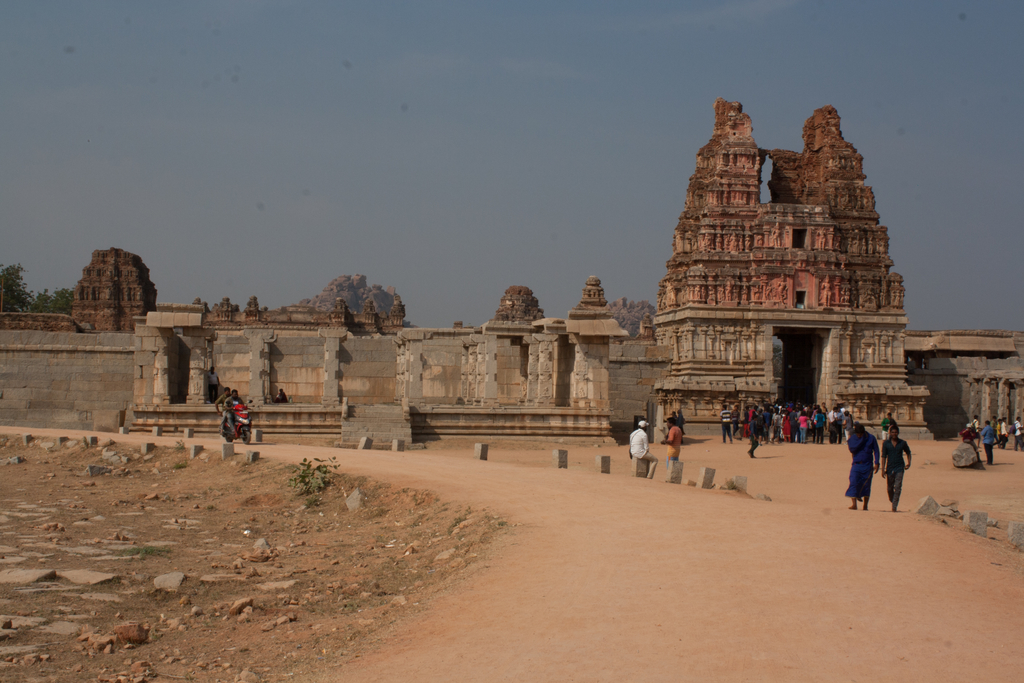 After the hippie hampi, presenting to you the famous ruins of Hampi. 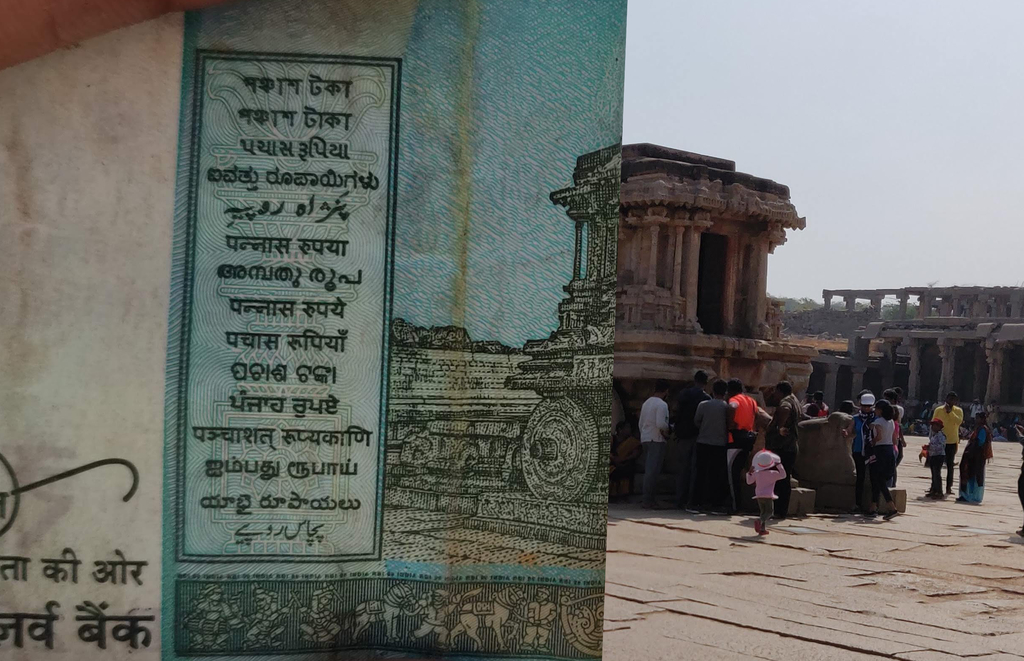 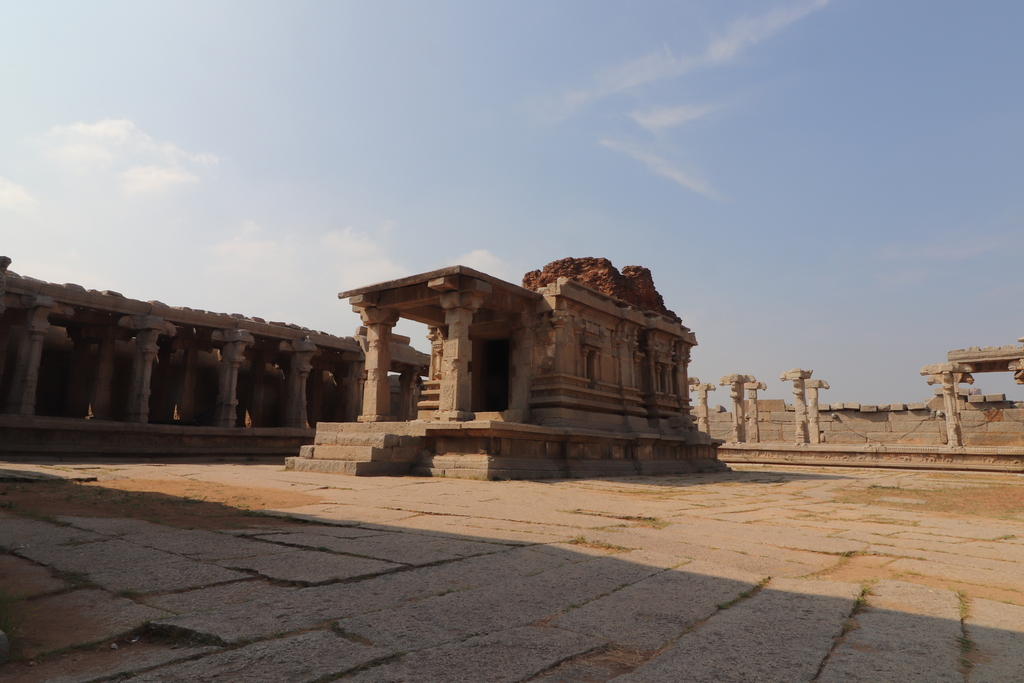 When you have wide angle DSLR camera ... 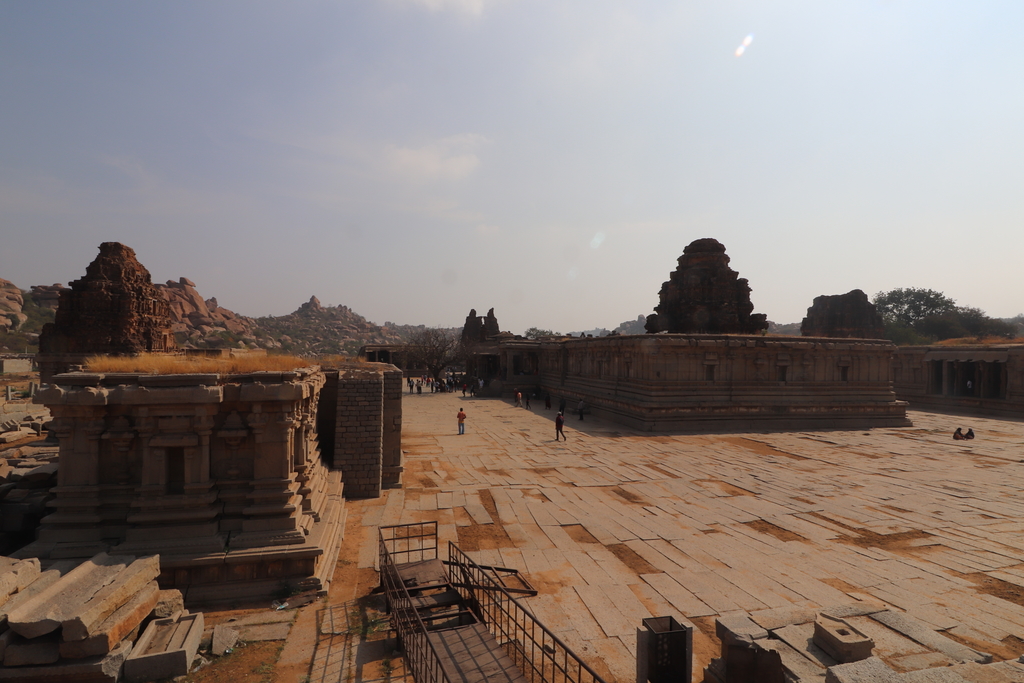 .... every picutre can be your desktop's wallpaper 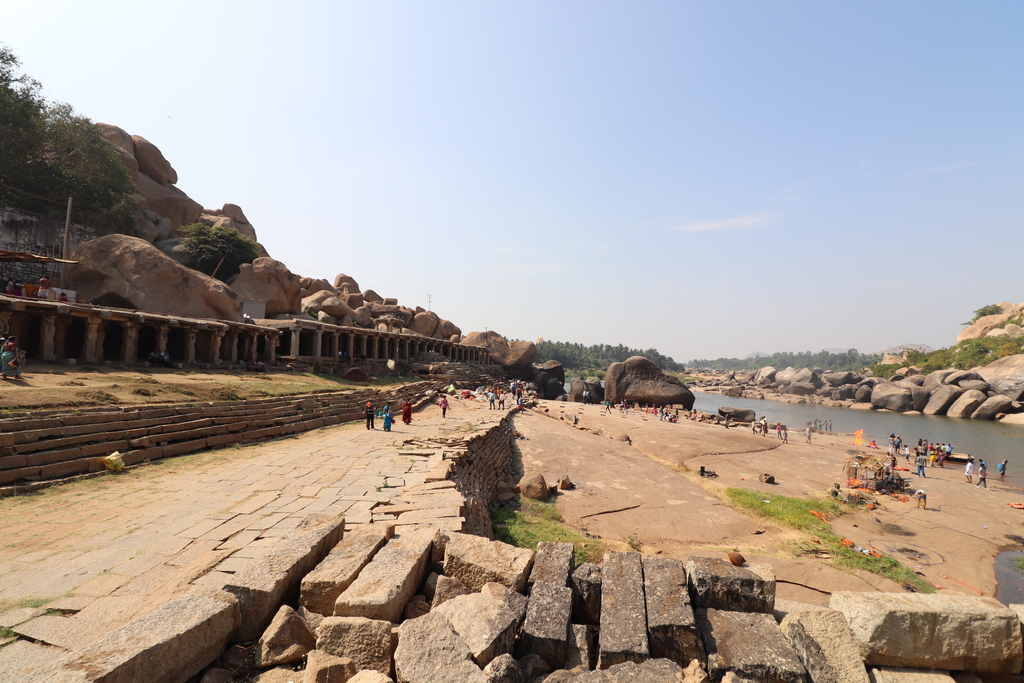 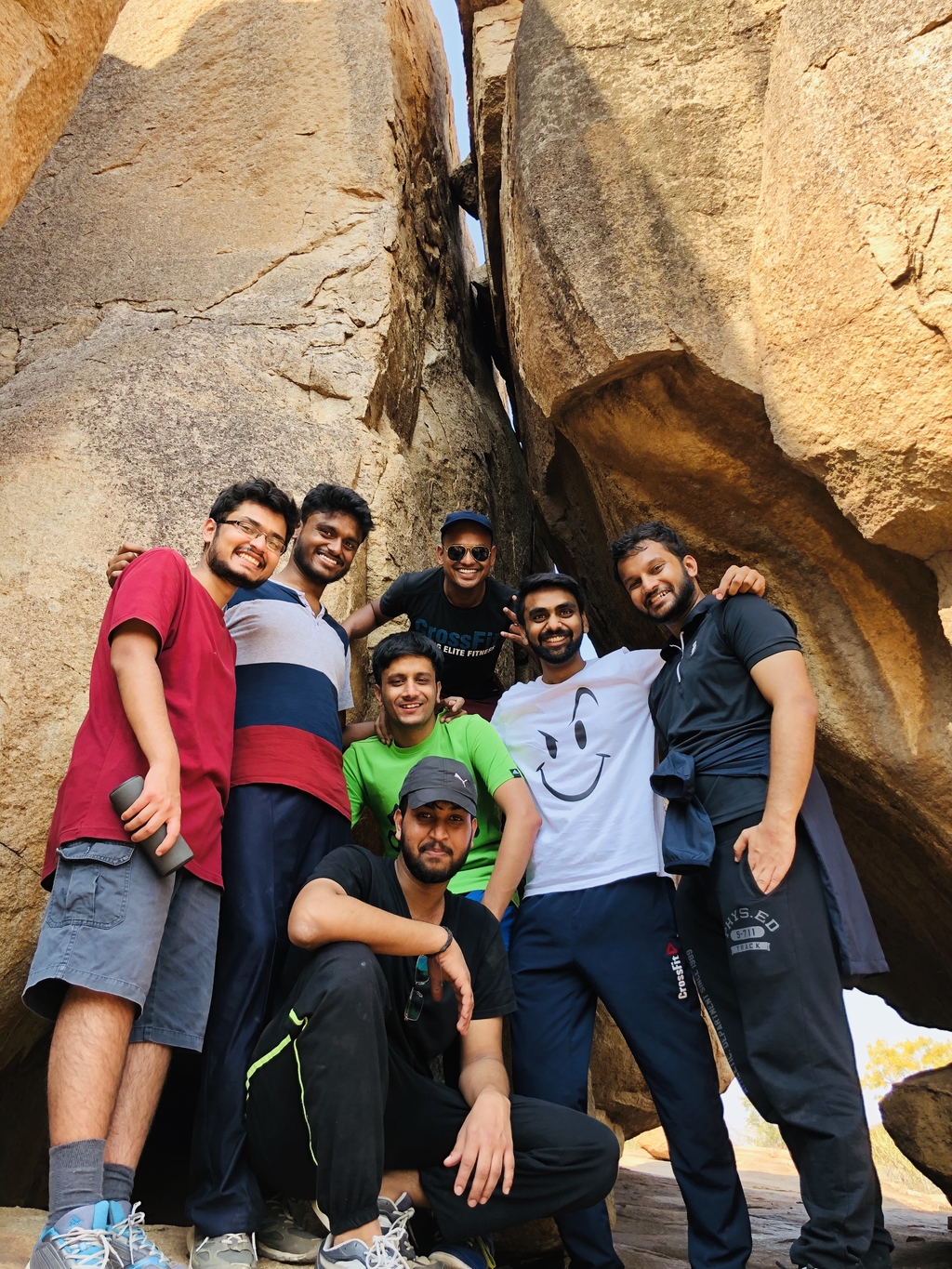 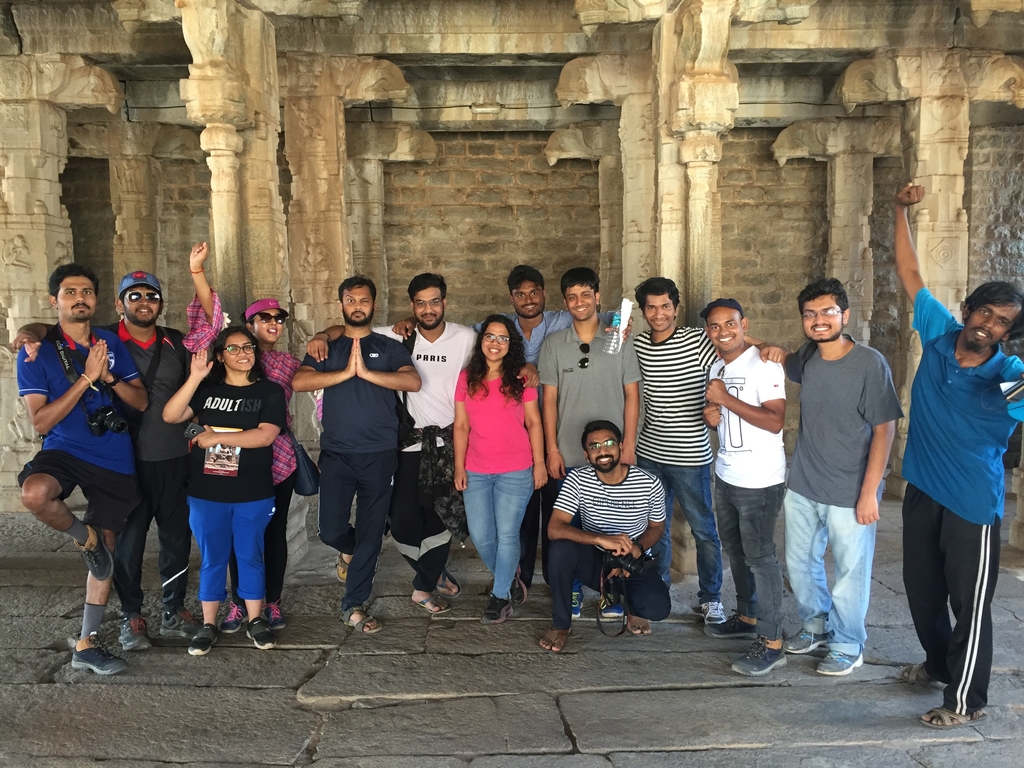