Bangkok + Ayutthaya, Thailand - February 24, 2019
Our second stop in Thailand trip is Bangkok - one of the Asia's most cosmopolitan cities with magnificent temples and palaces, authentic canals, busy markets and a vibrant nightlife that has something for everyone. 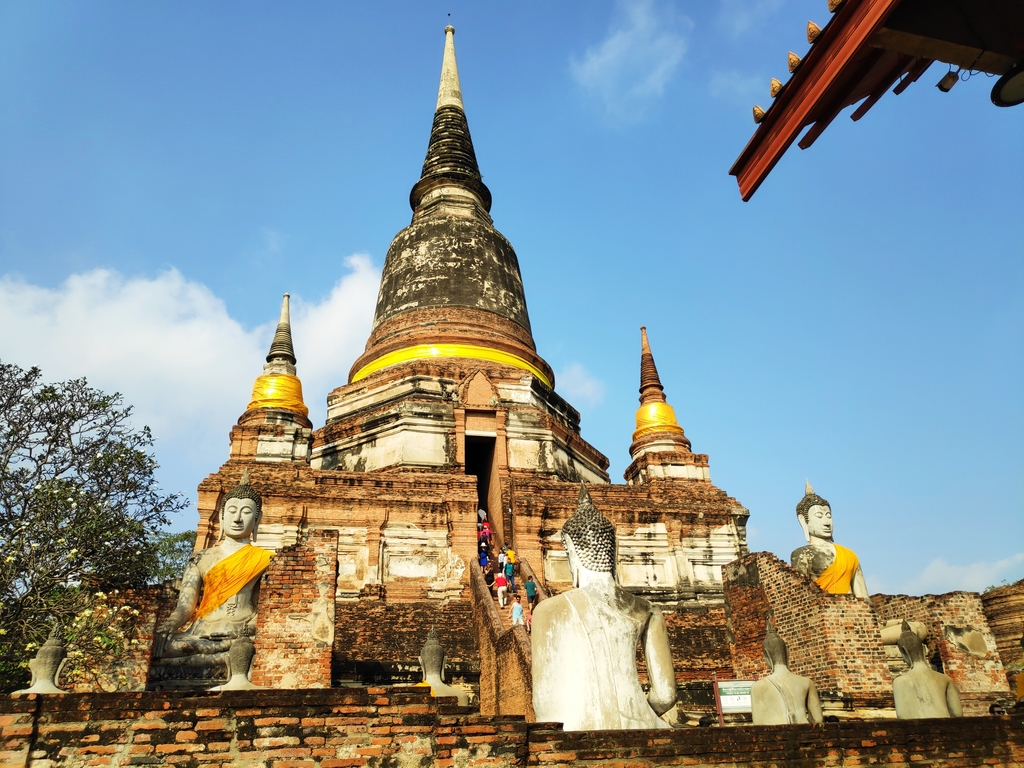 Bangkok plus Ayutthaya gives you an opportunity to experience both the modern and ancient historic centres of Thailand together. 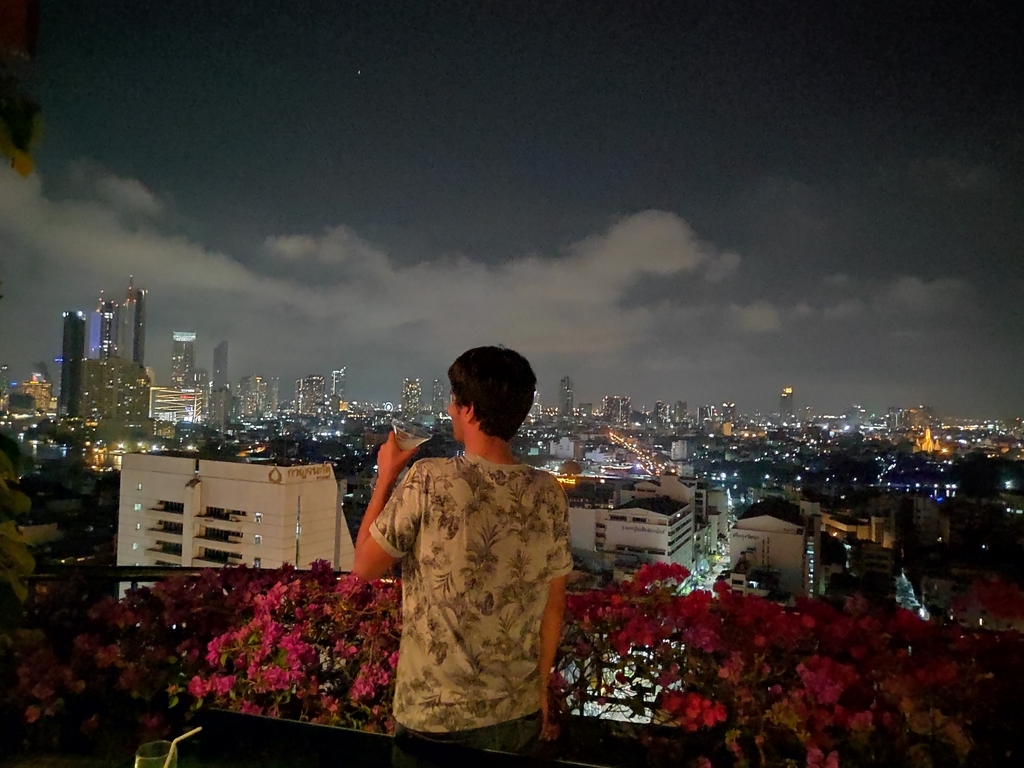 The spectacular Bangkok skyline coupled with a Martini - can it get better? Rooftop Bar at Grand China Hotel. 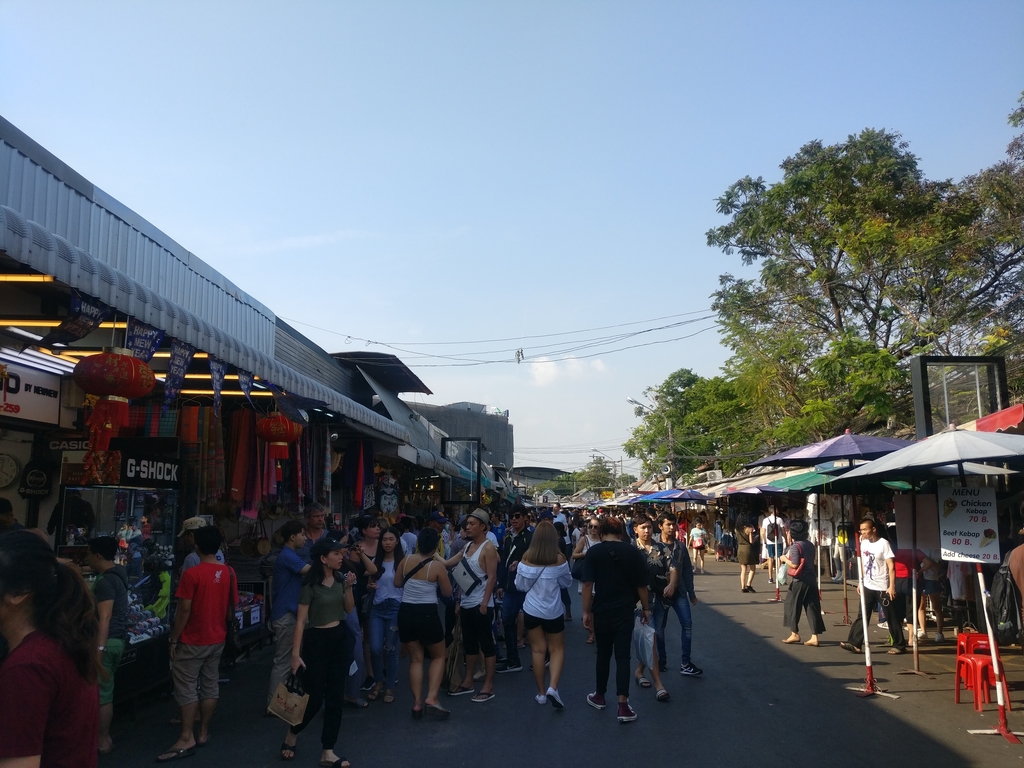 The 35-acre area of Chatuchak Weekend Market is a home to more than 8,000 market stalls, making it one of the largest markets in Asia.

Muay Thai - known as the 'art of eight limbs' is the signature sport of Thailand. It's a surreal experience to witness it live with all the betting going on everywhere. Can't miss this.
See video here. 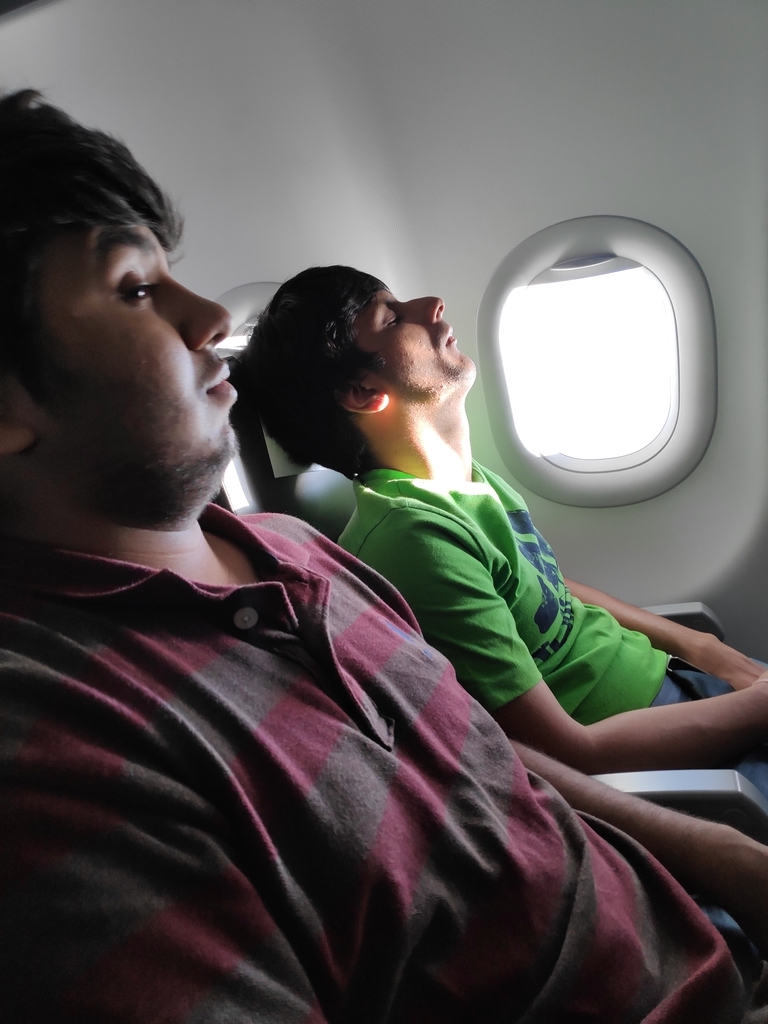 When you're on a tight schedule and it has been over a week since you last slept over 4 hrs in a day. 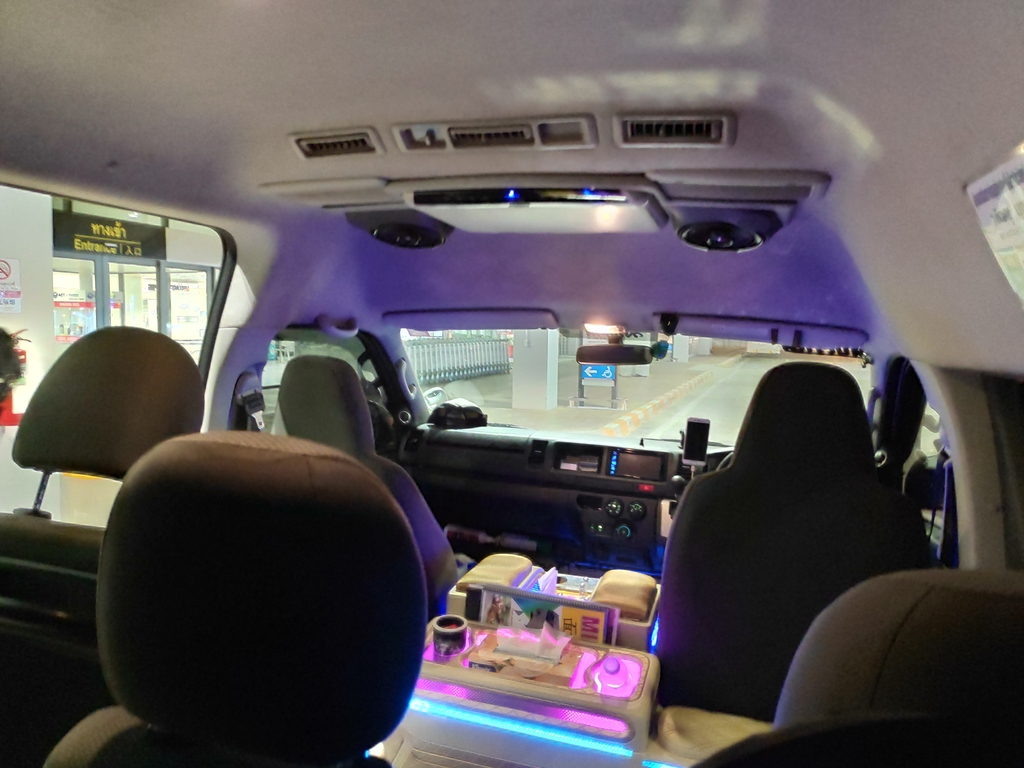 The luxurious and dirt cheap minibus's we instantly became fans of. Take a bow Toyota. 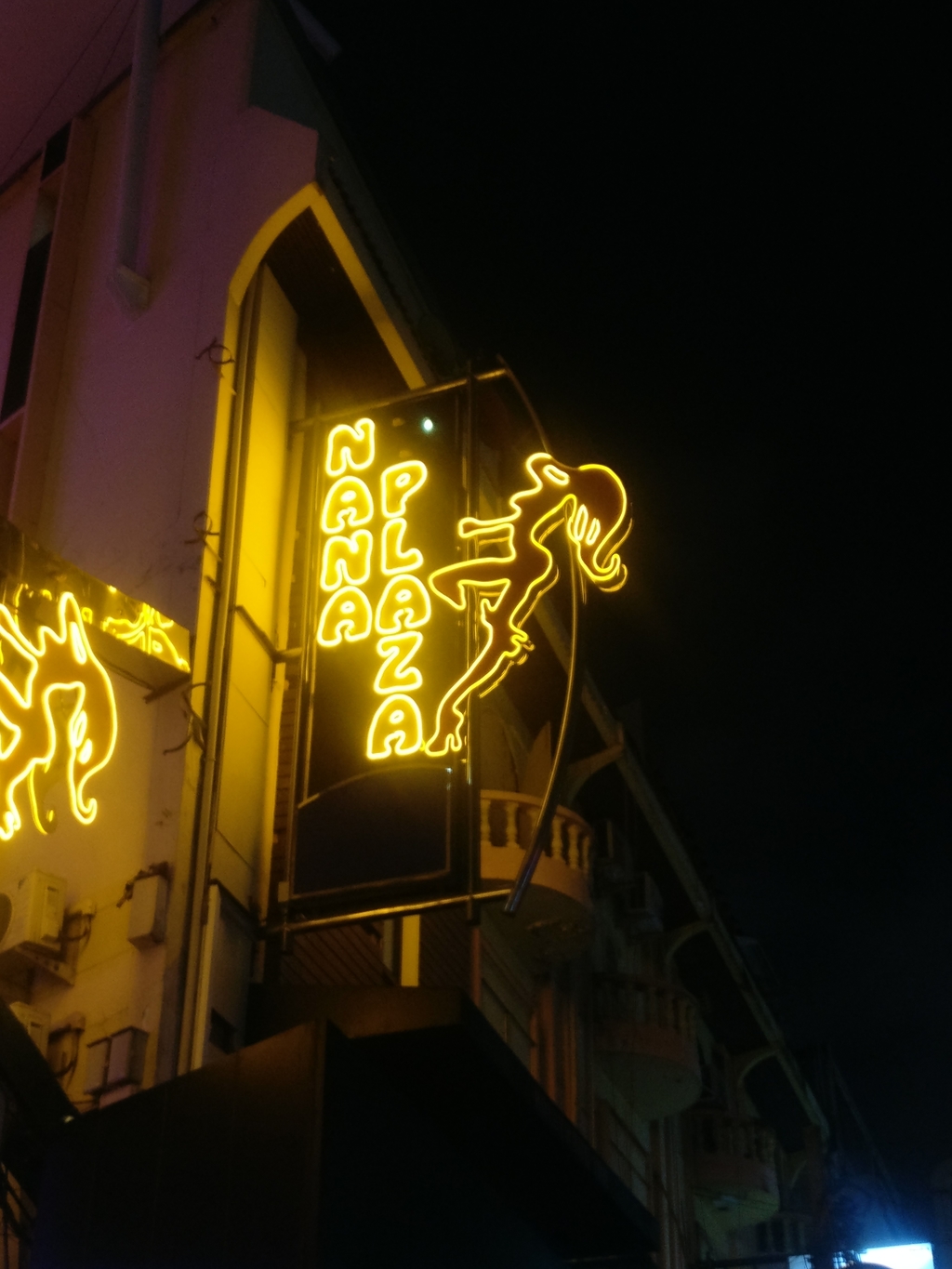 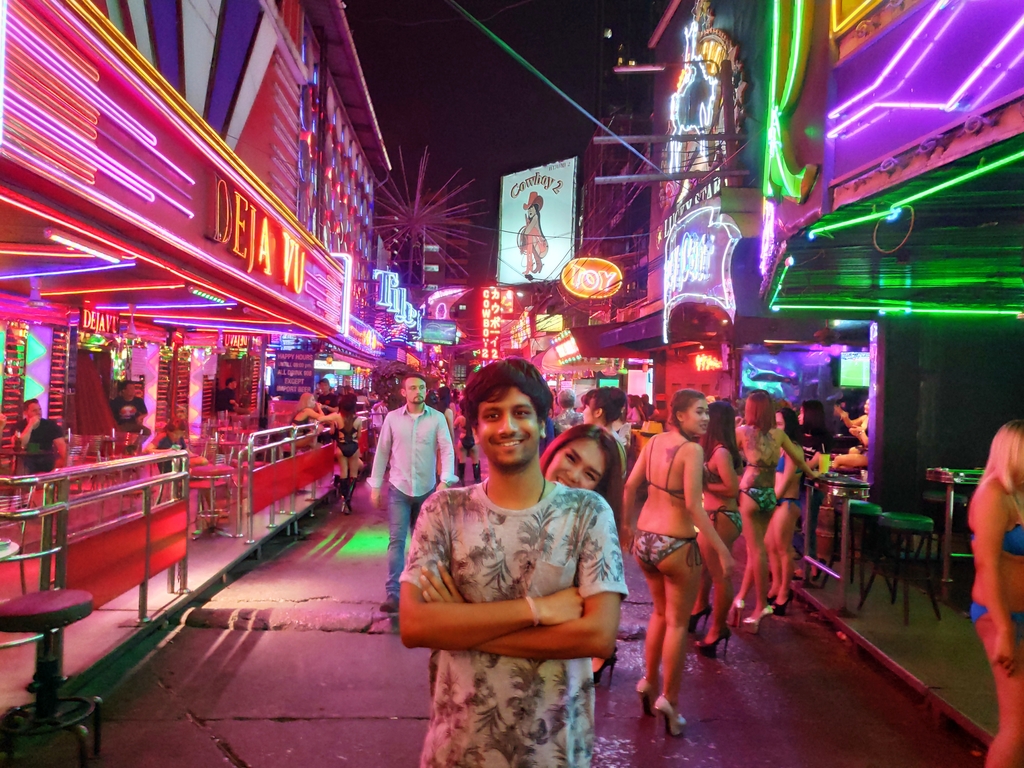 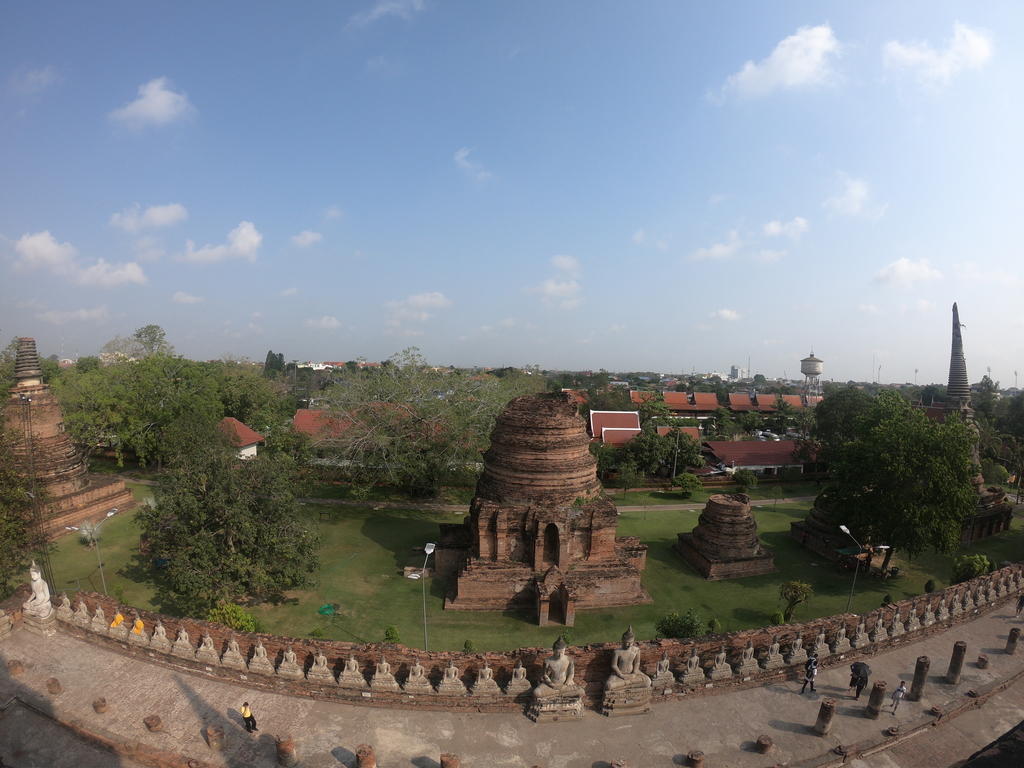 Ayutthaya is the ancient capital of Thailand and one of the oldest cities in south east Asia. It was the capital of Siamese kingdom that existed from in the 14th century, before ending up in ruins in 18th century as a result of multiple wars with Myanmar and Cambodia. 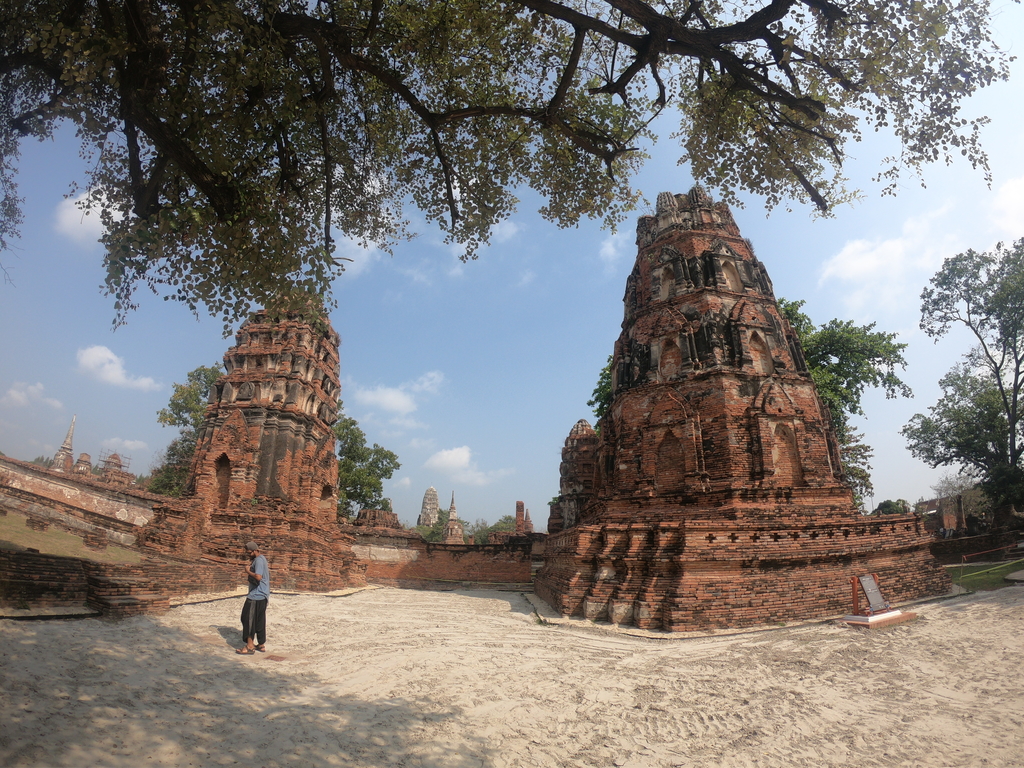 The great cultural value of Ayutthaya's ruins are confirmed by the fact that it is an UNESCO World Heritage Site. 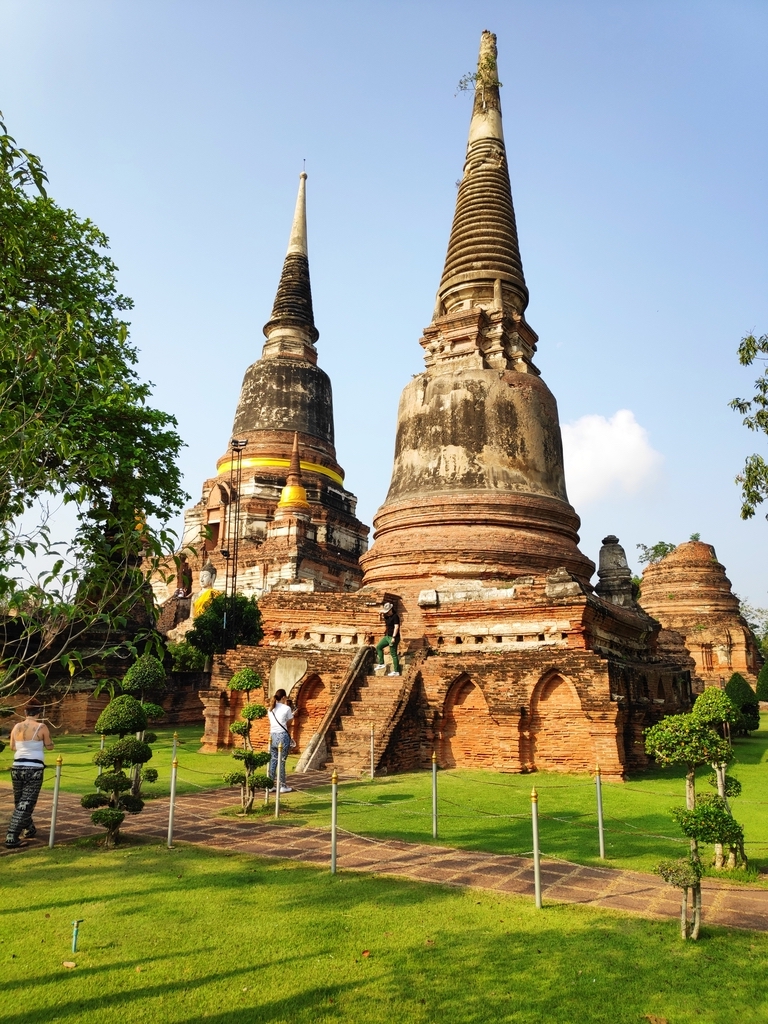 Wat Yai Chai Mongkhon, one of the most impressive and well preserved stupa. 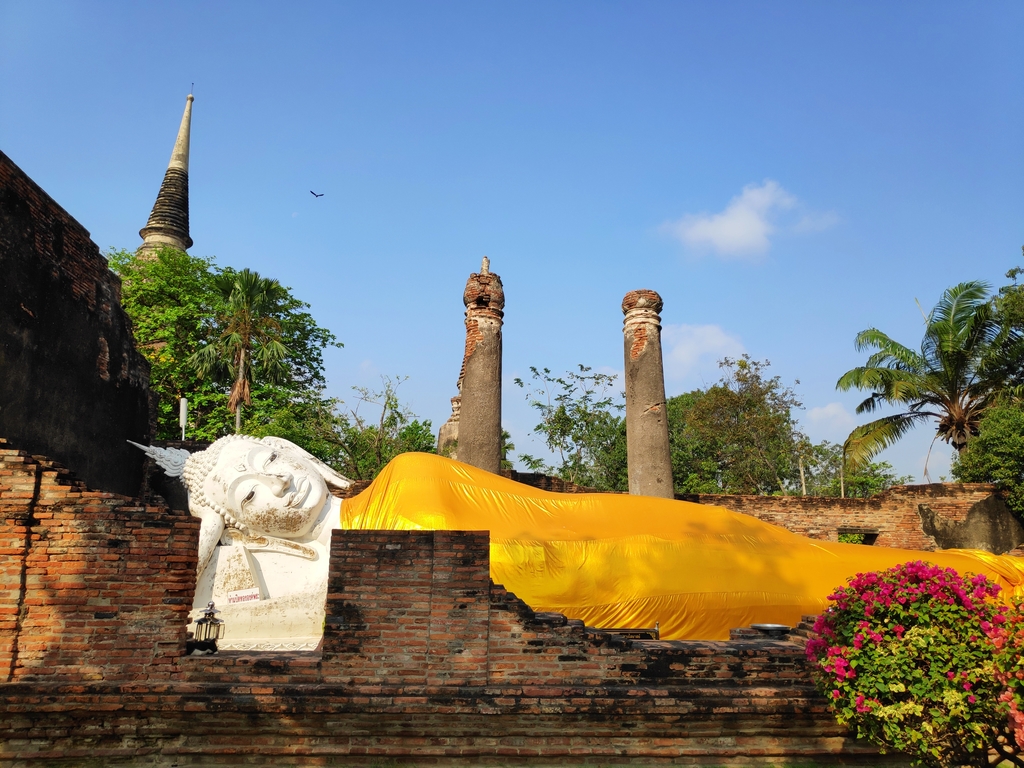 One of the many reclining Buddhas in Thailand - depicts the Buddha at the time of his death as he enters Nirvana. 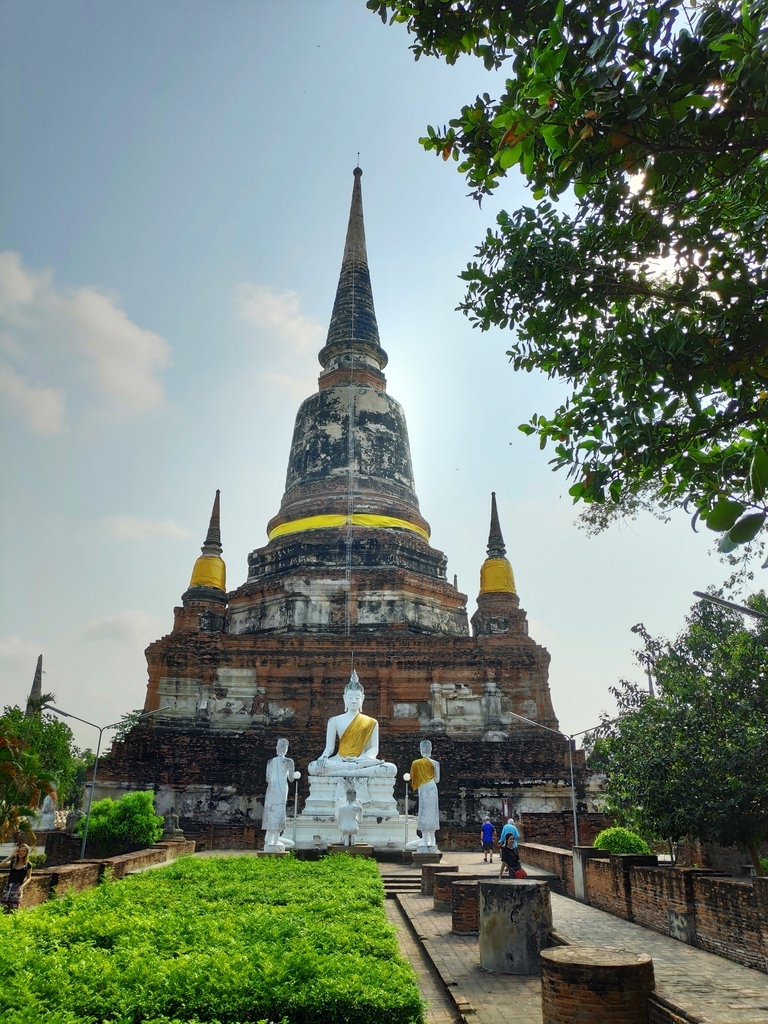 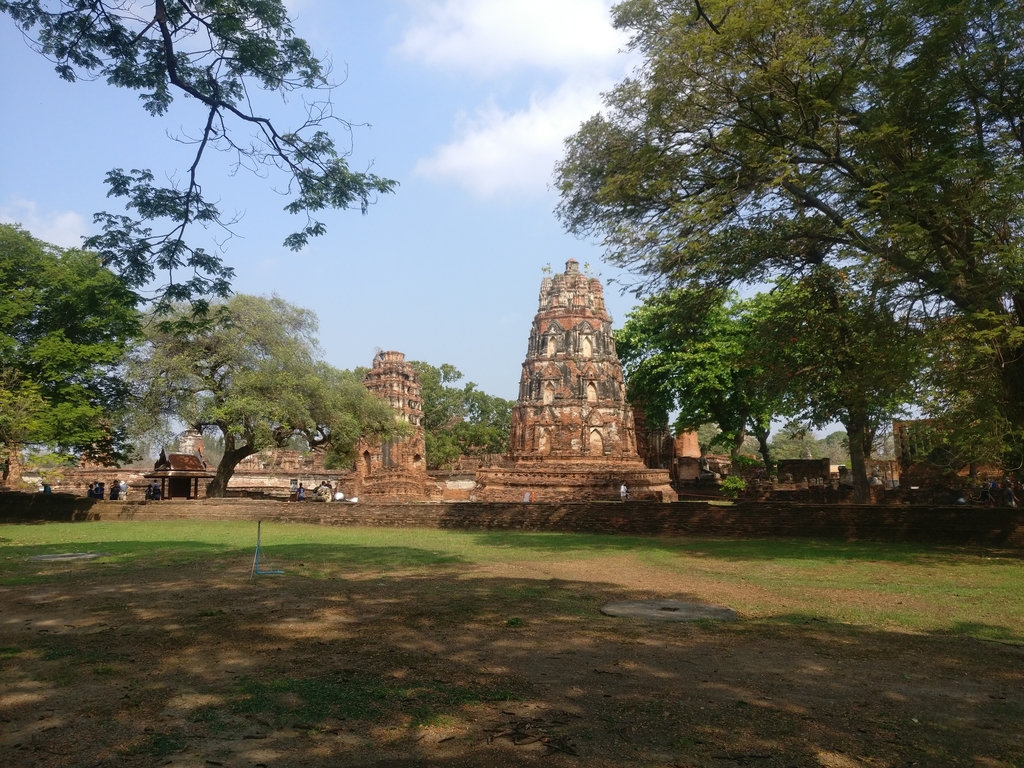 The headquarter of Thailand's largest monastic order and Vipassana Meditation centre, Wat Mahathat is an important centre for the study of Buddhism and meditation. 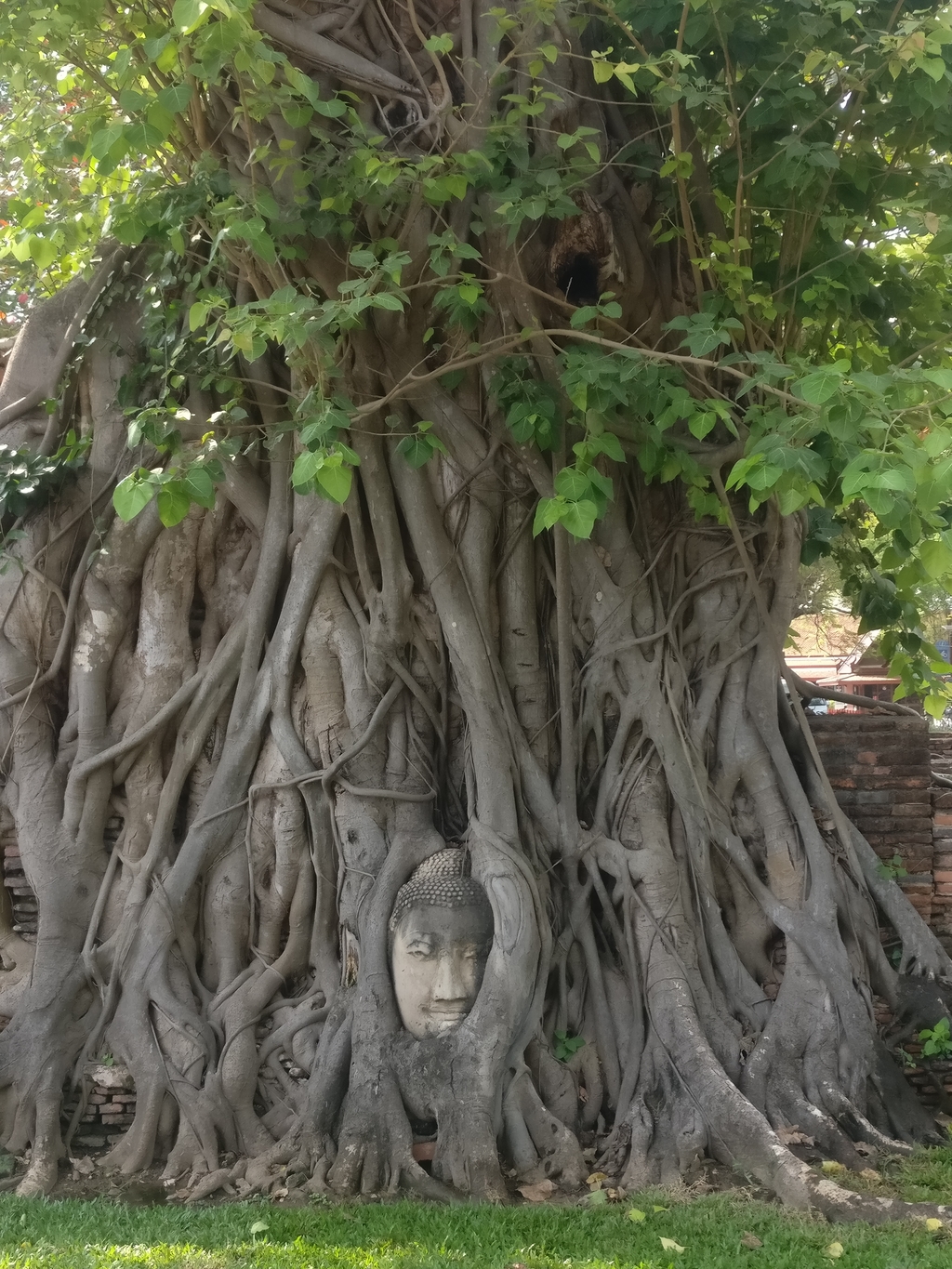 This image of a Buddha's head entwined within the roots of a tree at Wat Mahathat is one of the most recognizable images from Thailand. 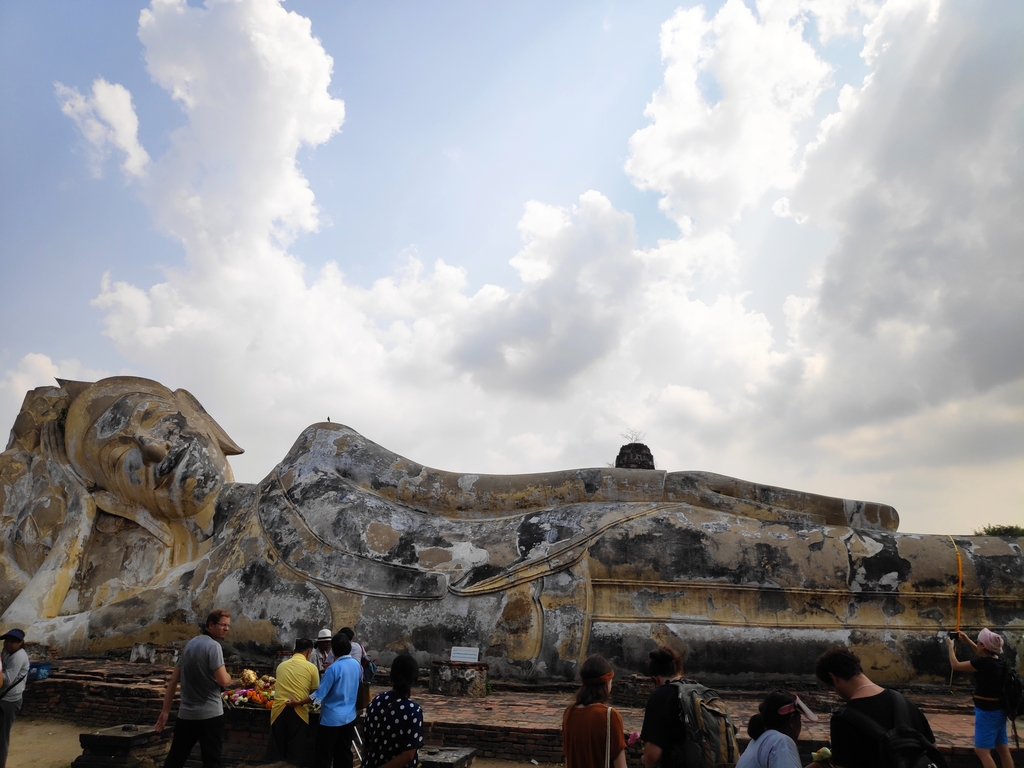 37 meters long and 8 meters high reclining Buddha at Wat Lokayasutharam seems to be the biggest in the city of Ayutthaya. 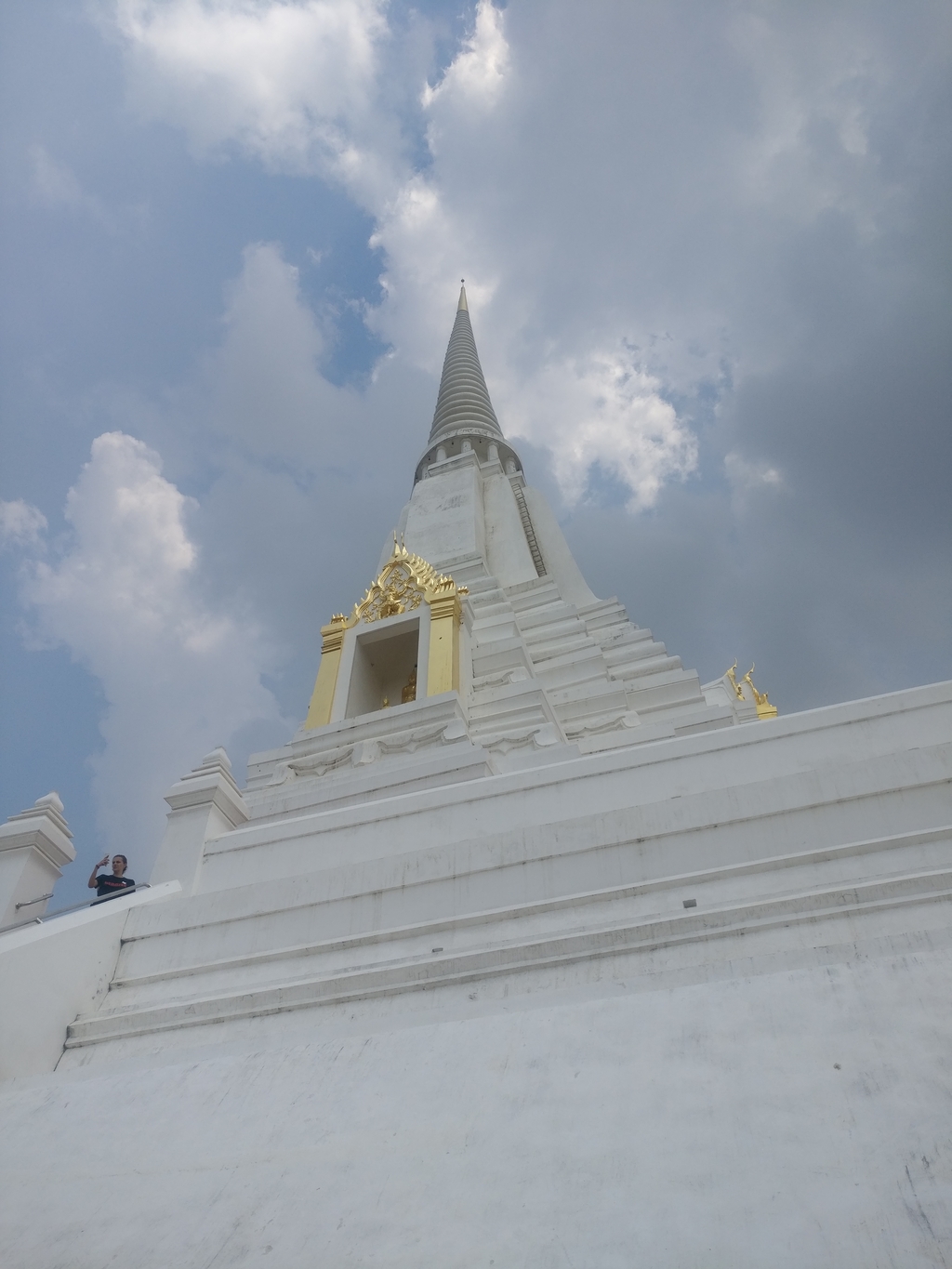 Wat Phu Khao Thong, literally means the 'Temple of the Golden Mount' rises more than 100 feet above the ground and offers a great view of the city. 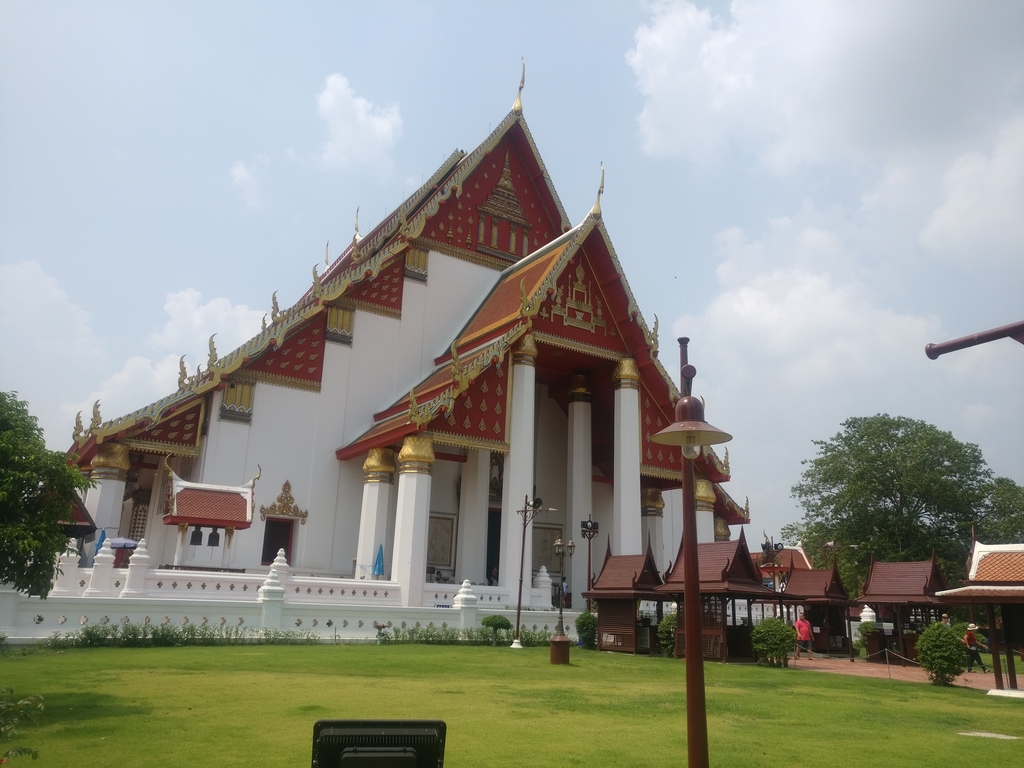 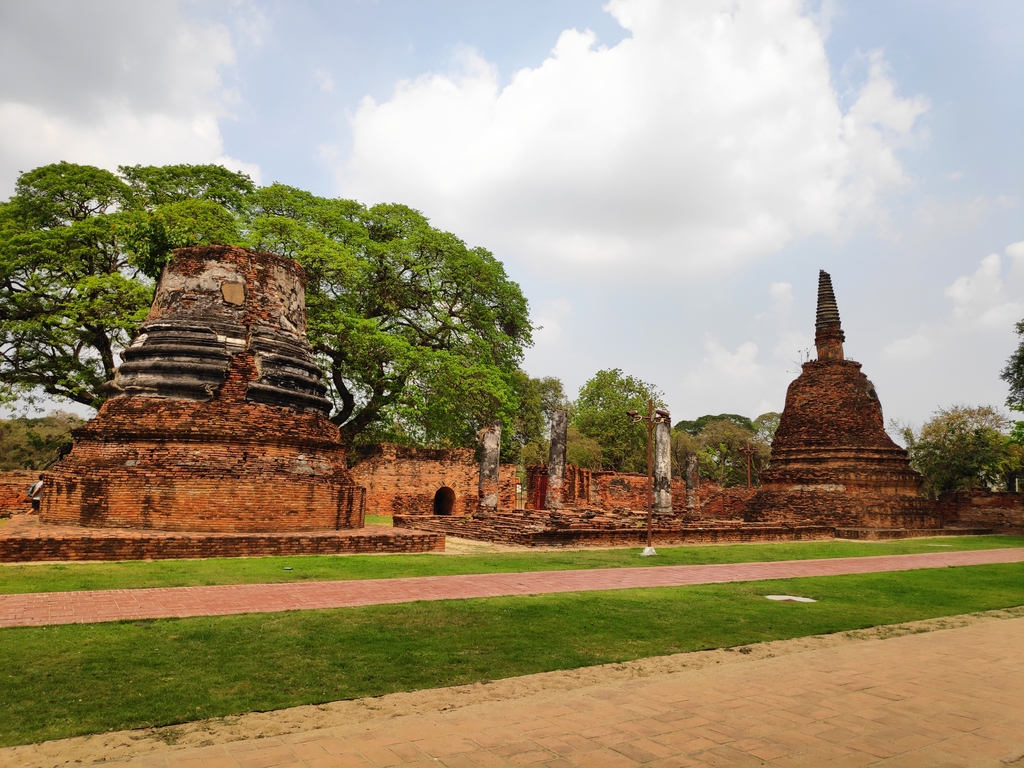 A lot of destruction to these temples was at the hand of Burmese. 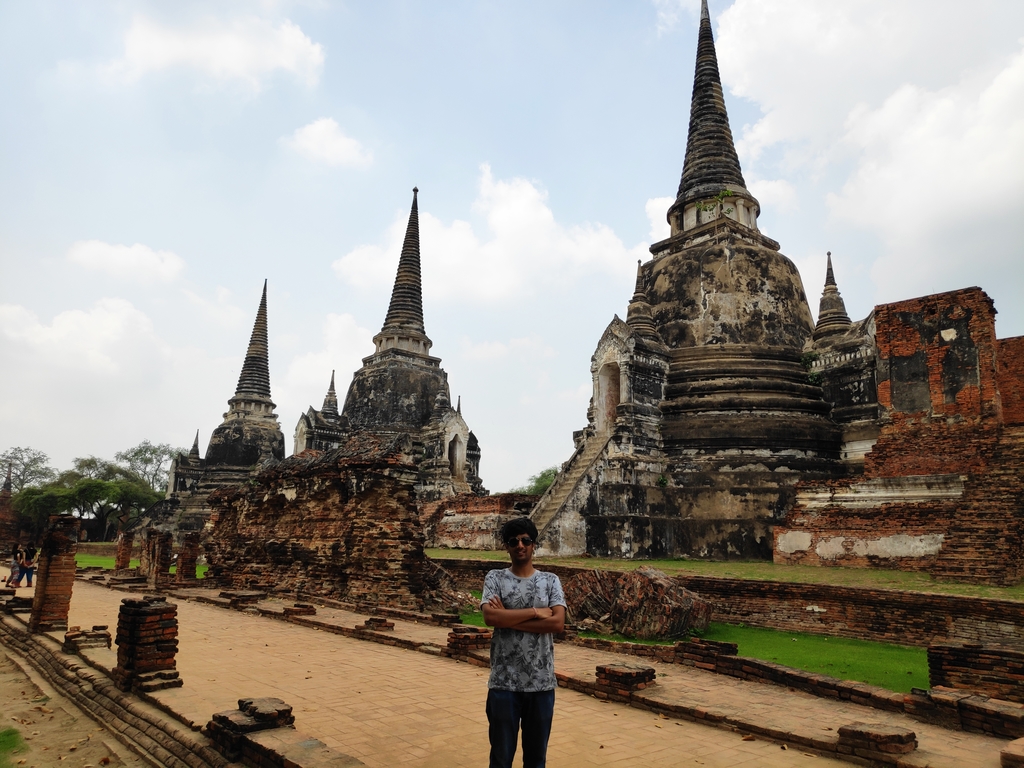 Wat Phra Si Sanphet is the the largest temple in Ayutthaya, known for its distinctive row of restored chedis (Thai-style stupas). Apparently, the 3 stupas incorporate the 3 famous styles: Thai, Cambodian and Burmese. 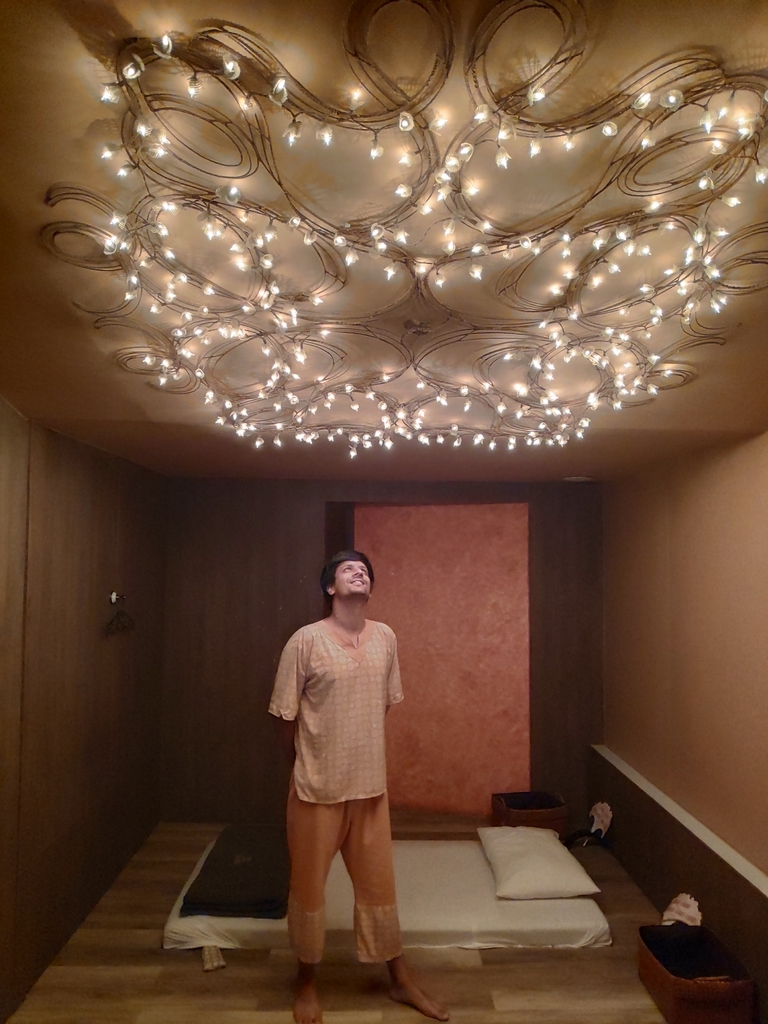 It would be a sin to leave Thailand to leave the country without the traditional Thai massage. 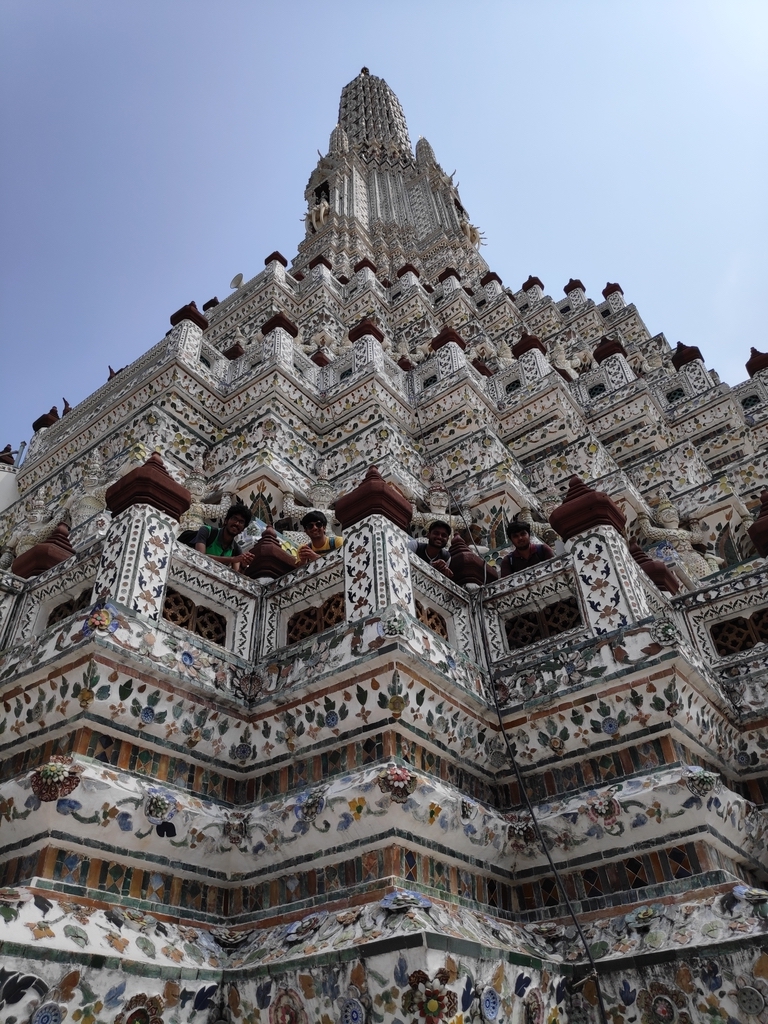 Wat Arun Temple is one of the most stunning and beautiful temples in Thailand. The 70-meter tall grand pagoda is beautifully decorated with tiny pieces of colored glass and Chinese porcelain placed delicately into intricate patterns. 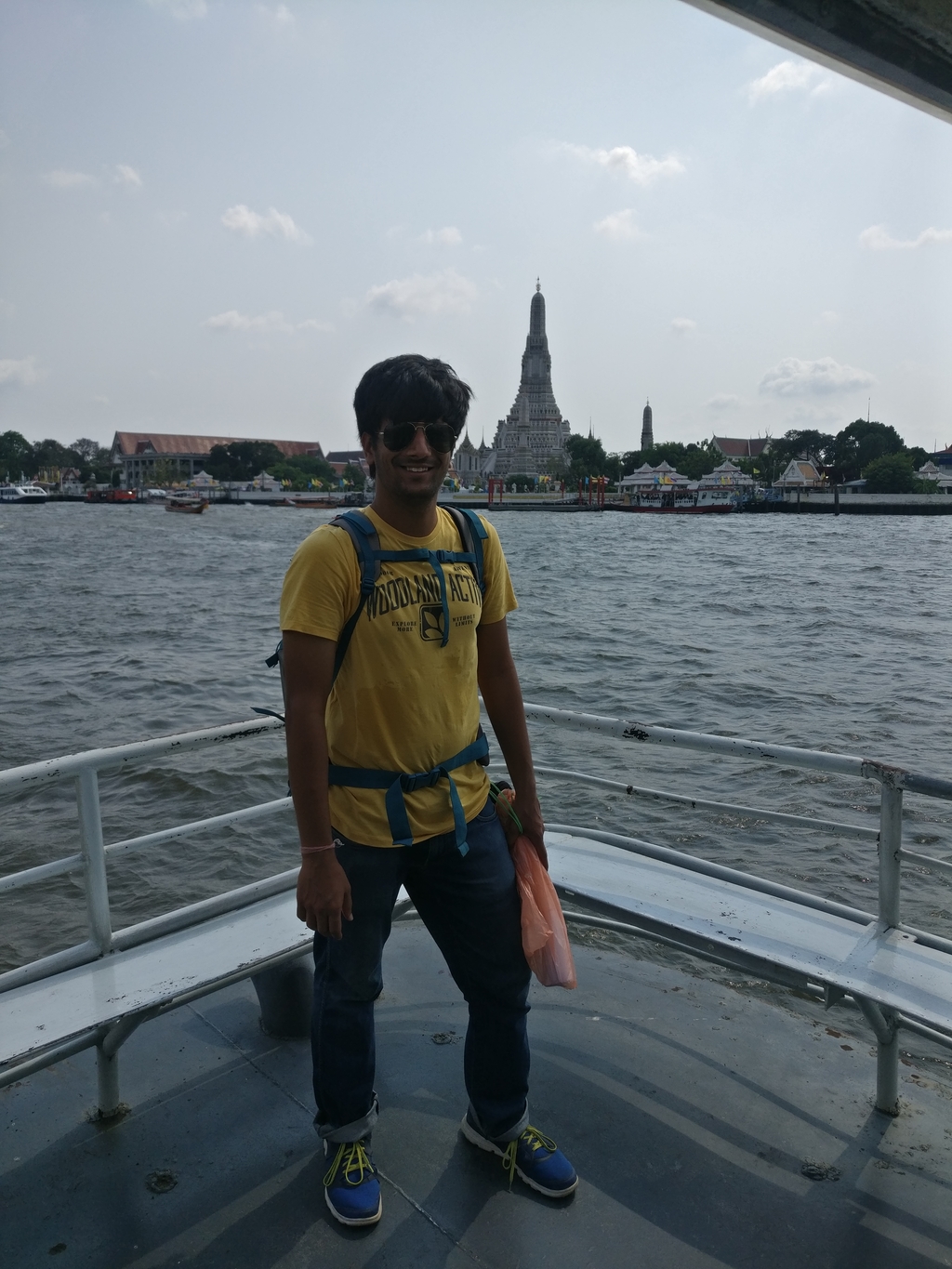 The best view of the temple is though definitely from a distance, especially from the Chao Phraya river. 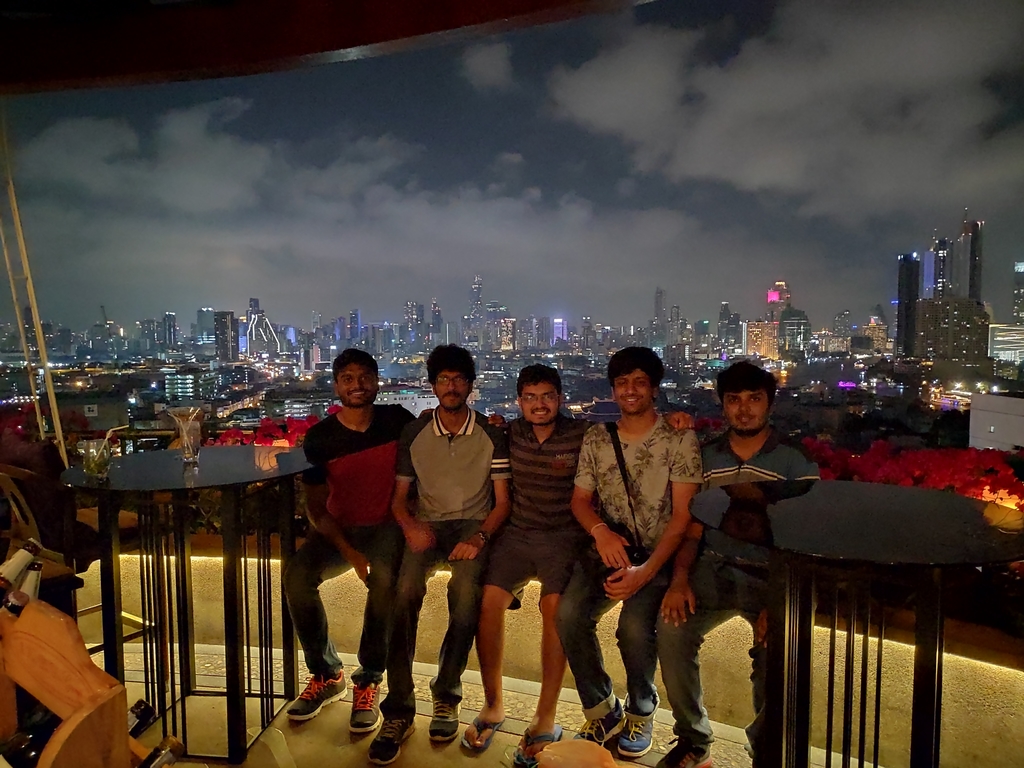