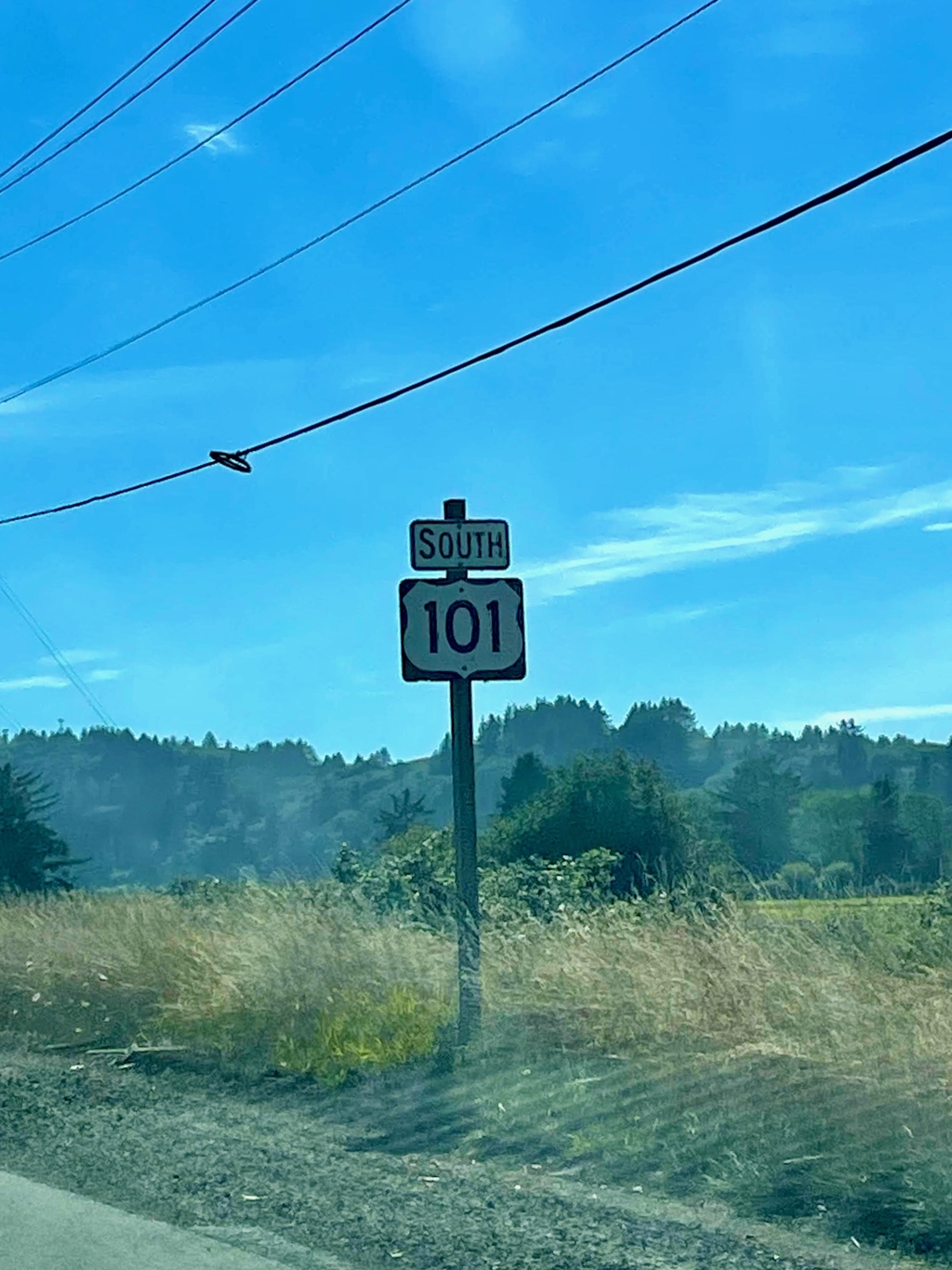 The world famous US 101, also called Pacific Coast Scenic Byway is one of the world's most stunning scenic drives offering several pullovers to enjoy the Pacific Ocean. We've a crazy day infront of us, with over 14 hrs of driving!

A unique work of Northwest and dedicated by the Great Northern Railway in 1926, the Astoria Column stands today as a monument to those people

The column offers spectacular view of the historic city and its surrounding rivers, bay, forest, mountains, and ocean.

Featured in countless novels, television programs, and movies Haystack Rock is a basalt sea stack rising 235 feet over the shoreline of Cannon Beach. 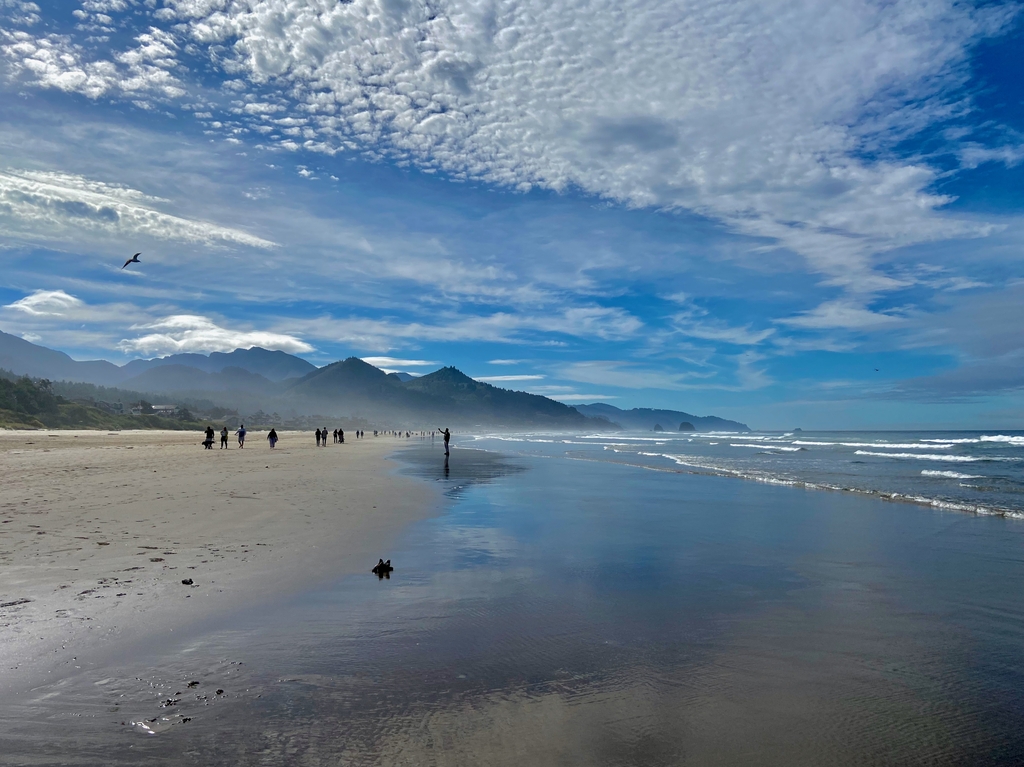 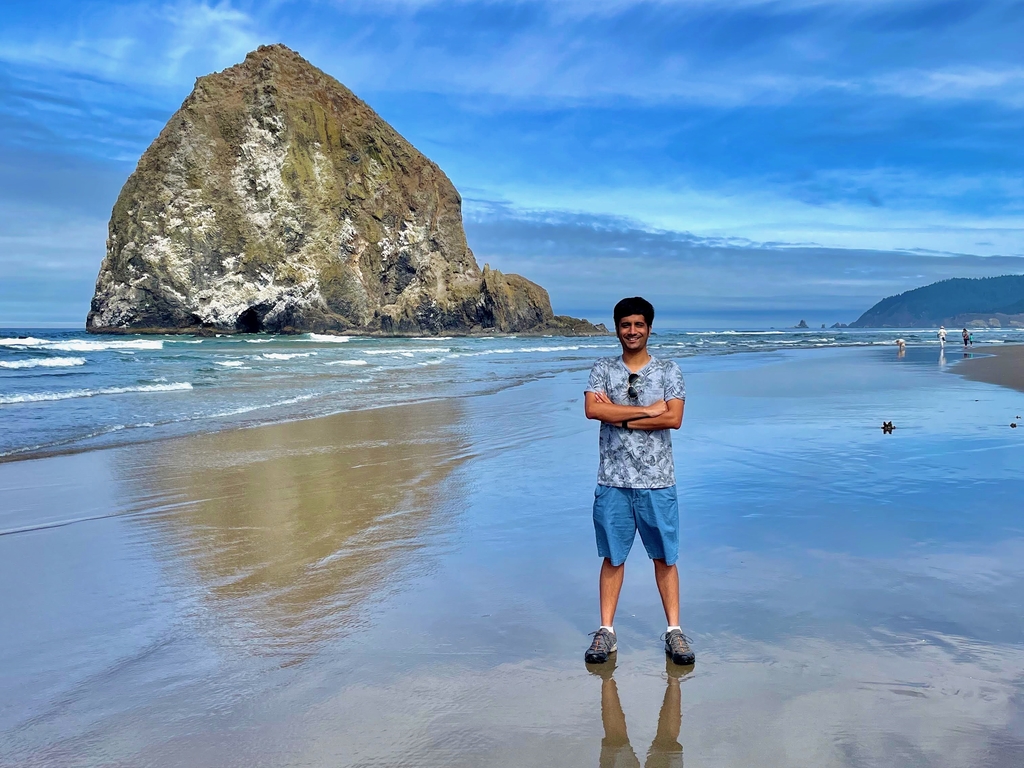 Hugging the ocean, we took a detour to do the "Three Capes Scenic Route" starting with Cape Meares 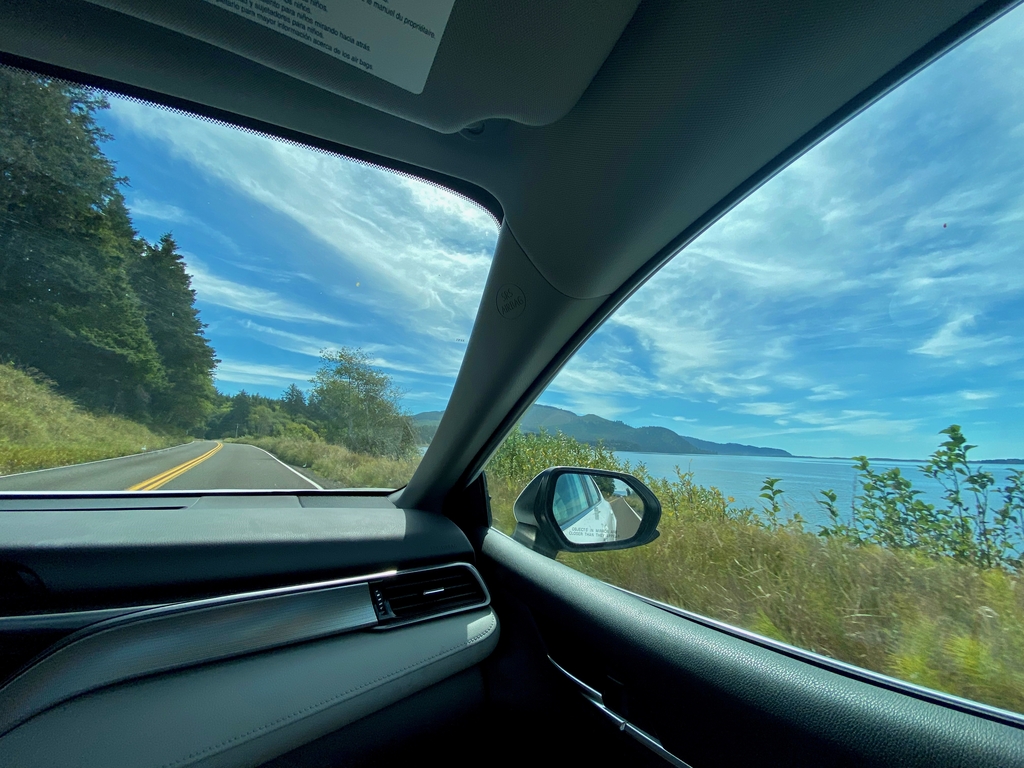 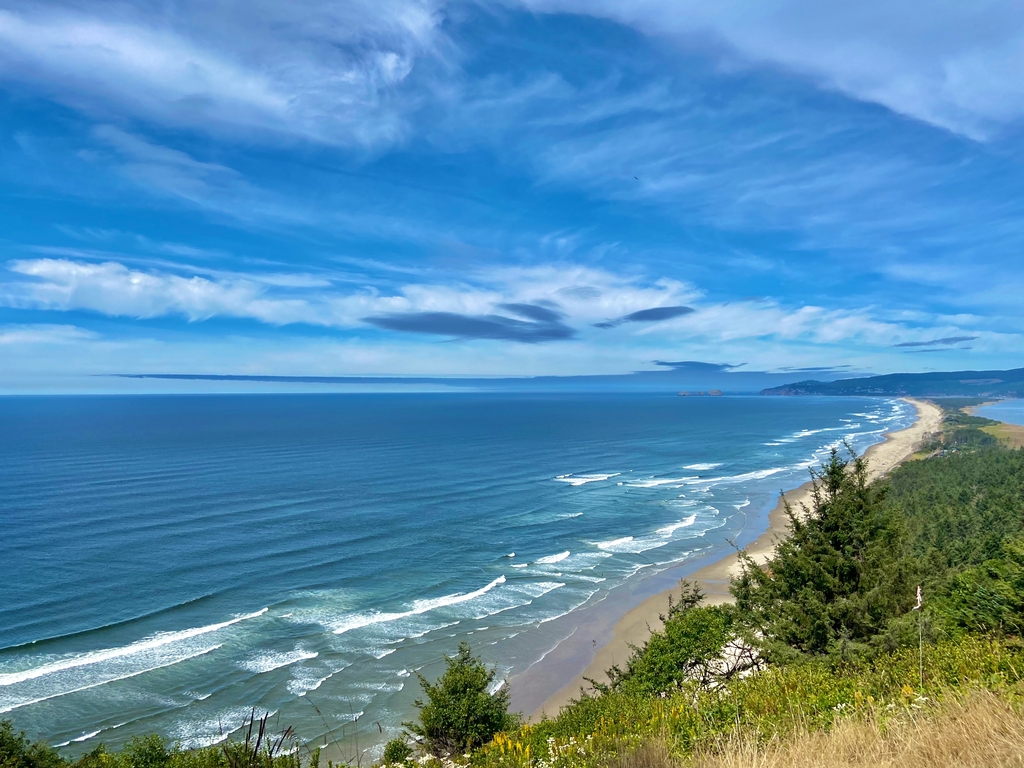 Cape Lookout is one of the best spots along the Oregon Coast, as the views from the peak allow you to see for miles in all directions 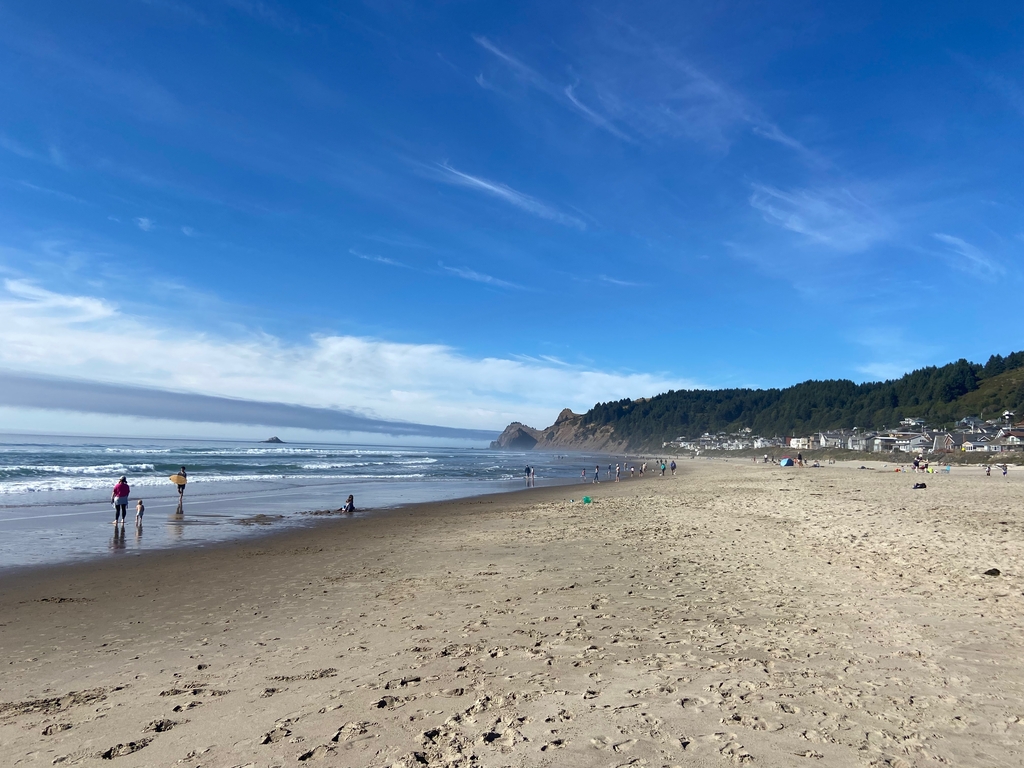 Yeah another beach stop and framed to the north by Cascade Head, Roads End offers miles of pristine beaches and million-dollar views of the coastline.

Rocky Creek is a spectacular ocean-front park on a forested bluff overlooking the ocean! 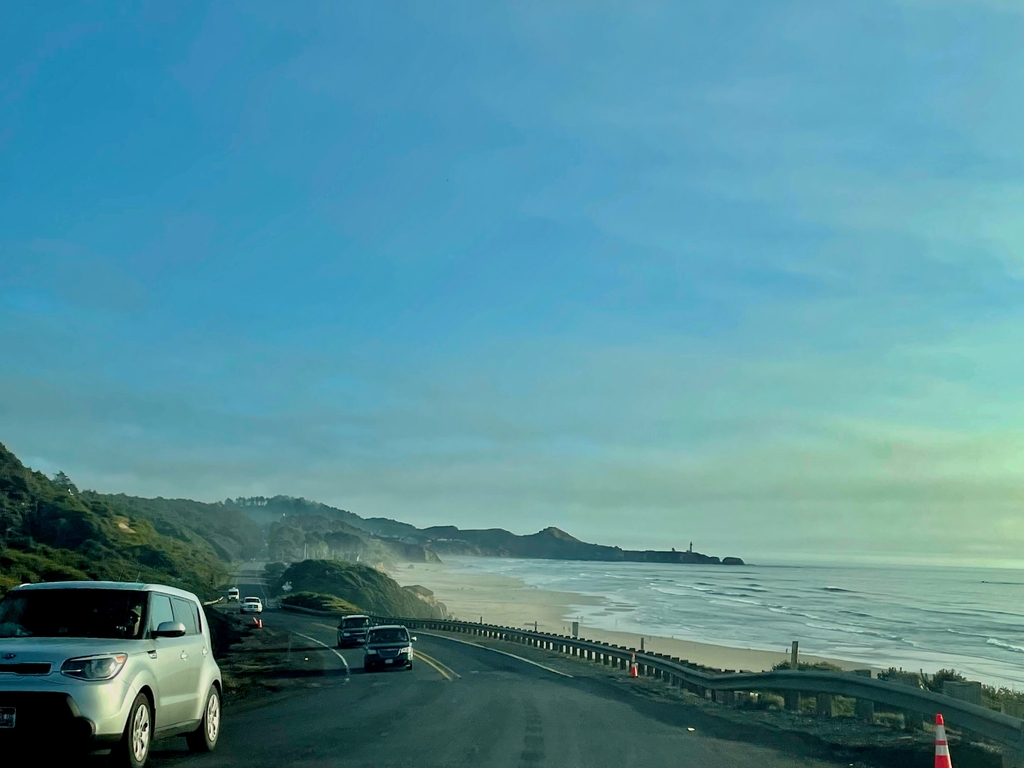 With sweeping ocean views, golden stretches of sand as far as the eye can see and craggy cliffs dotted with lighthouses, a journey down the Oregon coast is considered one of the world's best road trips.

Racing against time and the sunset to reach ...

... natural wonder Thor's Well which is a gaping, seemingly bottomless sinkhole swallowing the unbroken stream of seawater around it 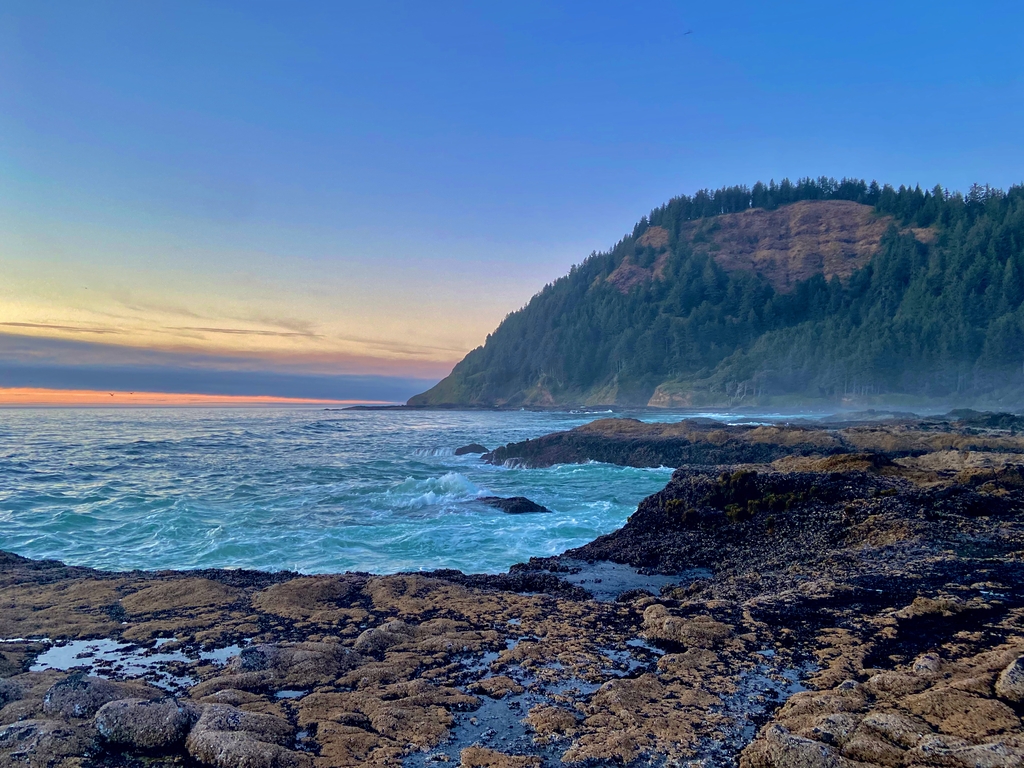 And ending the loong day with a beautiful sunset at Cape Perpetua, near Thor's Well!

Our stop for the next day is Crater Lake - the deepest water in the country, filling a sleeping, dormant volcano and it is also the seventh deepest lake in the world 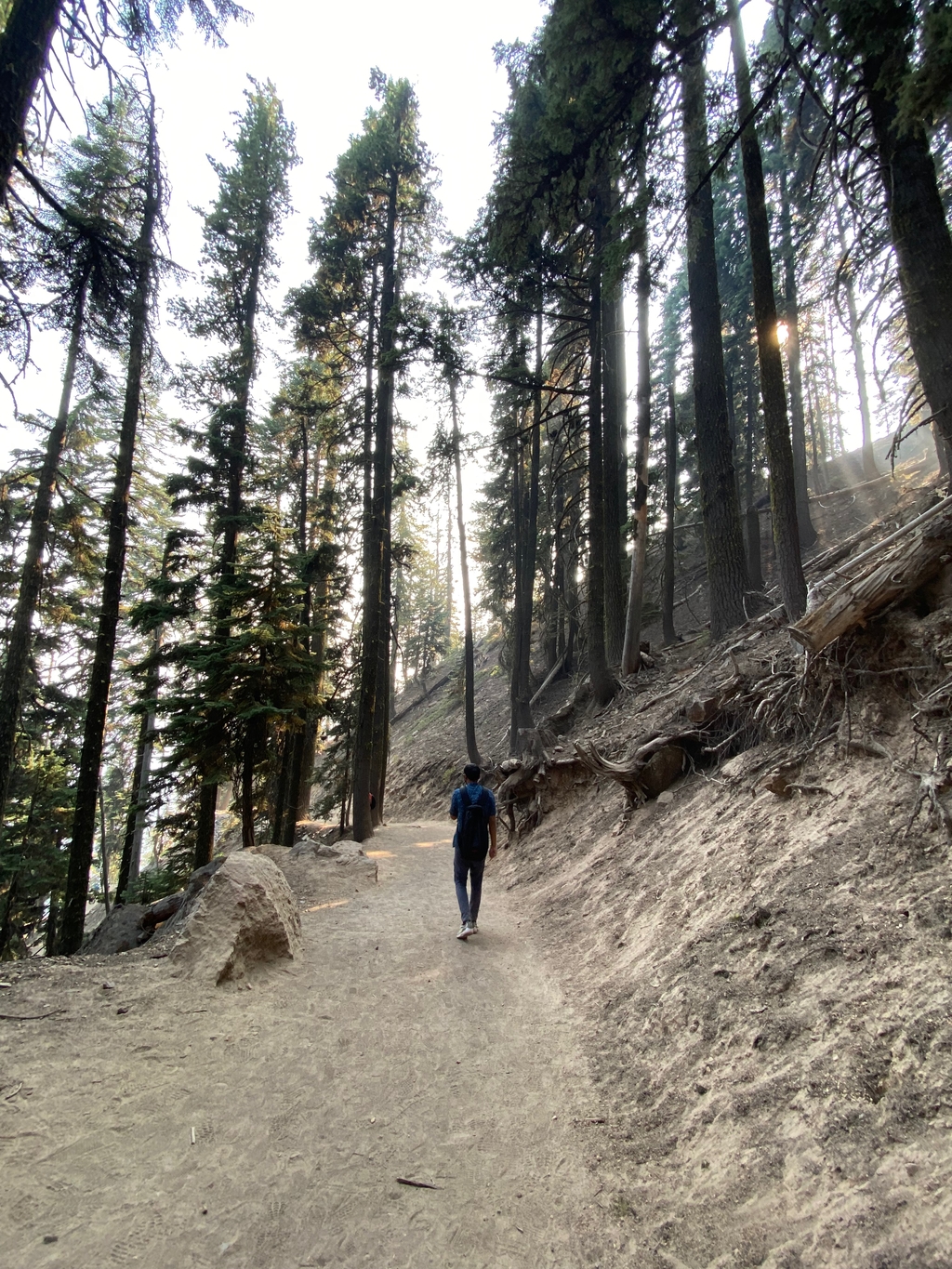 Let's do a small hike to get to the lake and see the deep blue water in person! 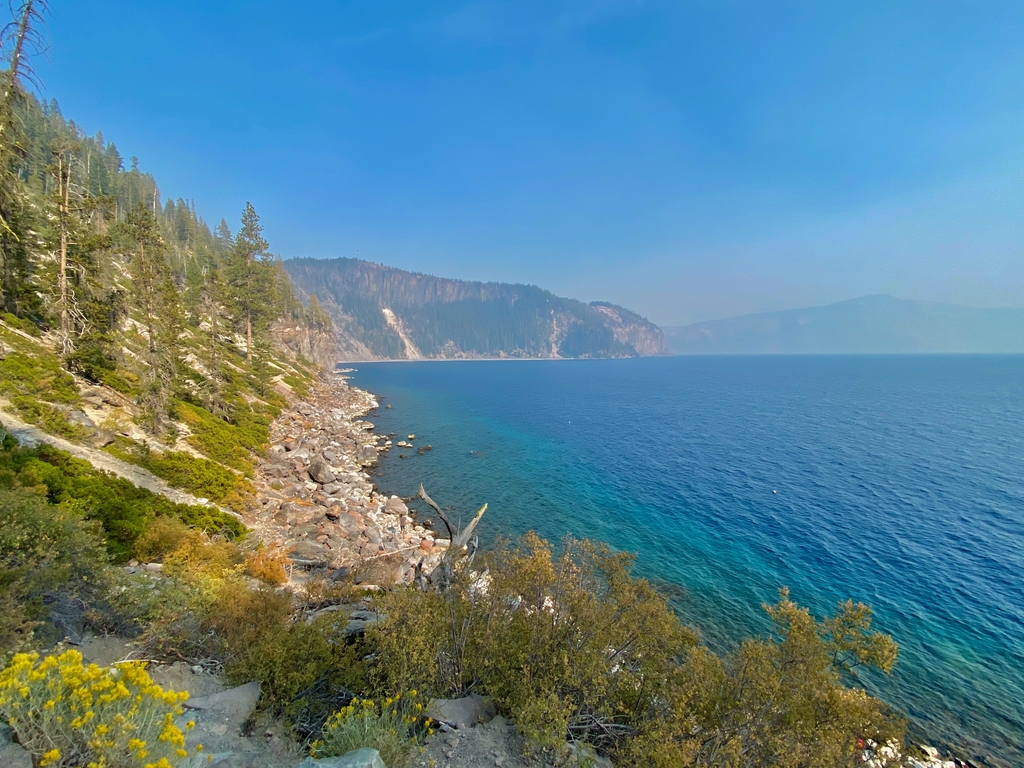 Sad that we chose a bad day when the lake was clouded by smoke of forest fire :( 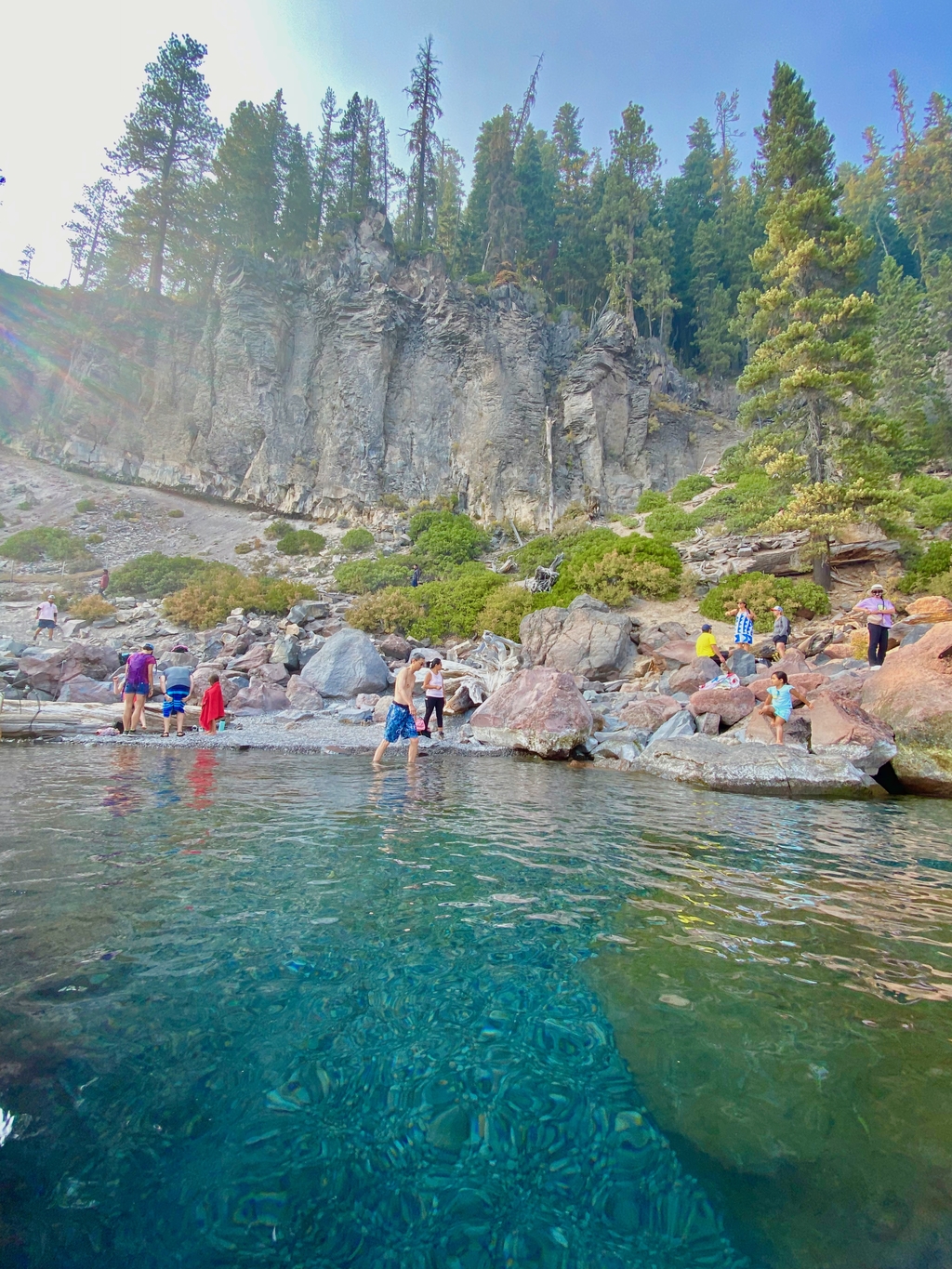 All agree that Crater Lake must be seen to be appreciated properly. Photographs simply cannot depict the majesty of the lake in its setting, the depth of the blue. Infact, there are no rivers flowing into or out of the lake; the evaporation is compensated for by rain and snowfall at a rate such that the total amount of water is replaced every 250 years 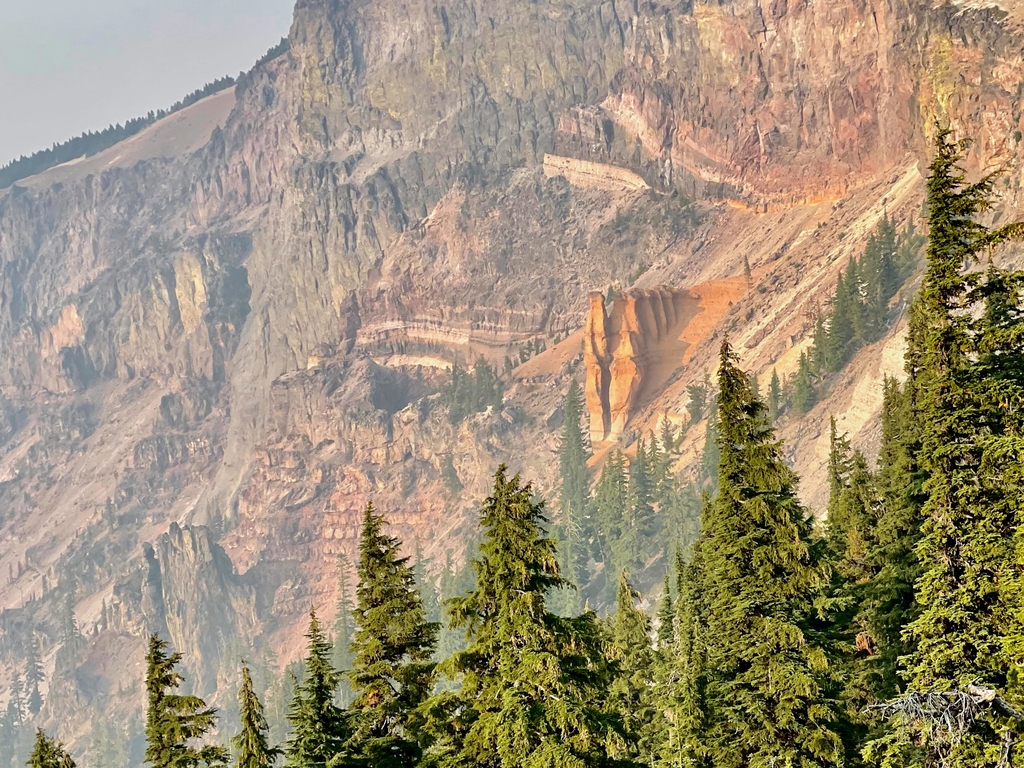 We also did a Rim Drive and stopped at places like Pumice Castle Overlook - a burnt-orange pumice rock that juts out from the cliff and has eroded into the shape of a medieval castle. 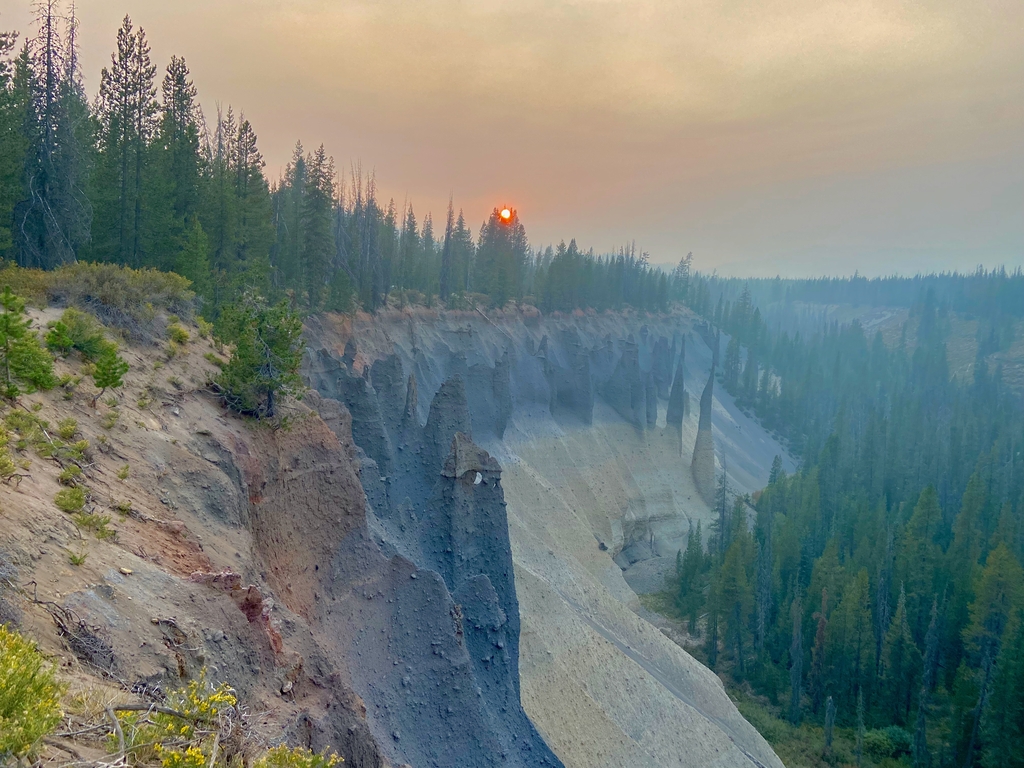 Followed by Pinnacle Lookout where we saw 100-foot high spires eroding from the canyon wall. 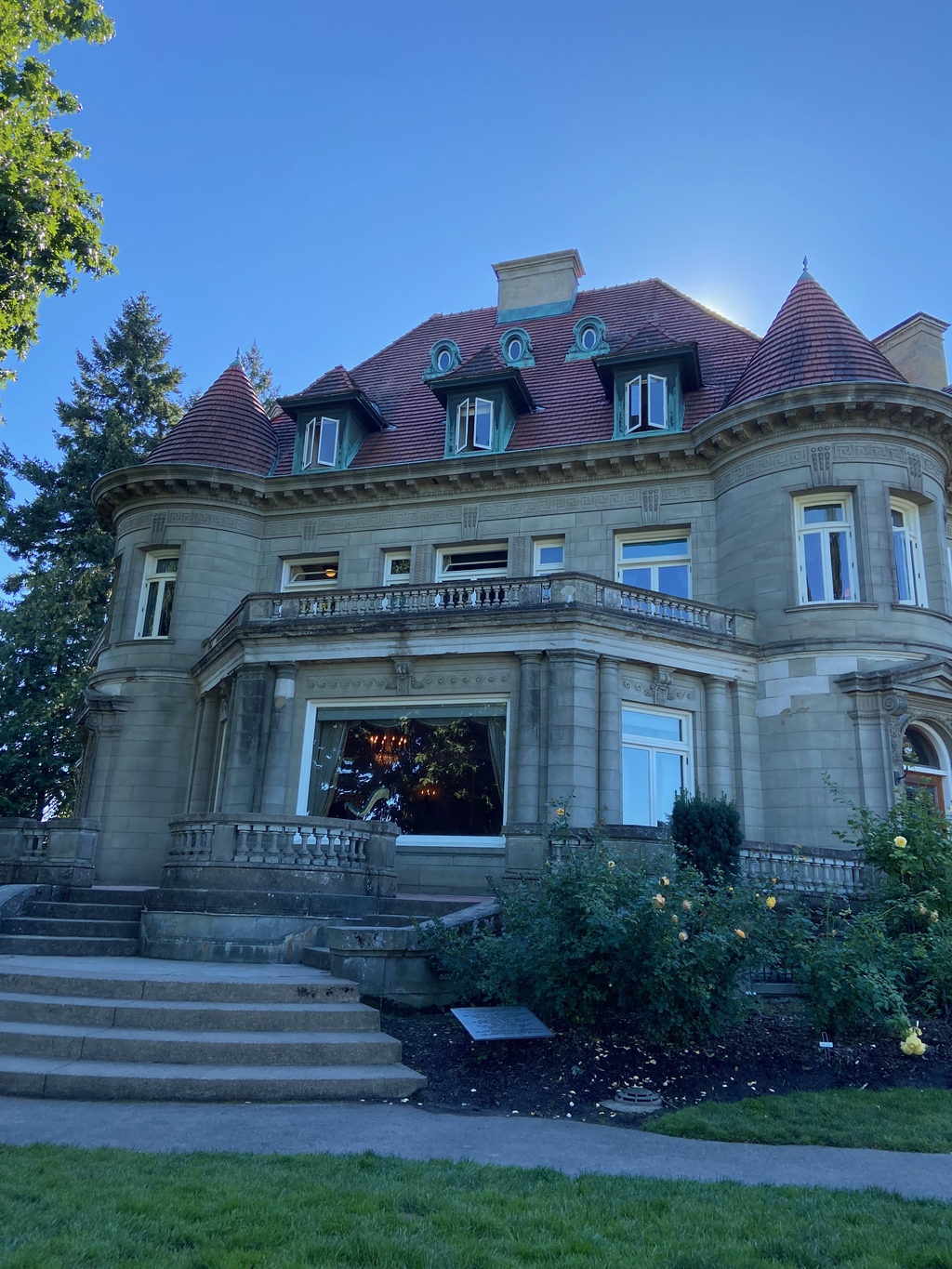 Built in 1914 in French Renaissance style, Pittock Mansion was a modern home with unique architecture and the latest technology 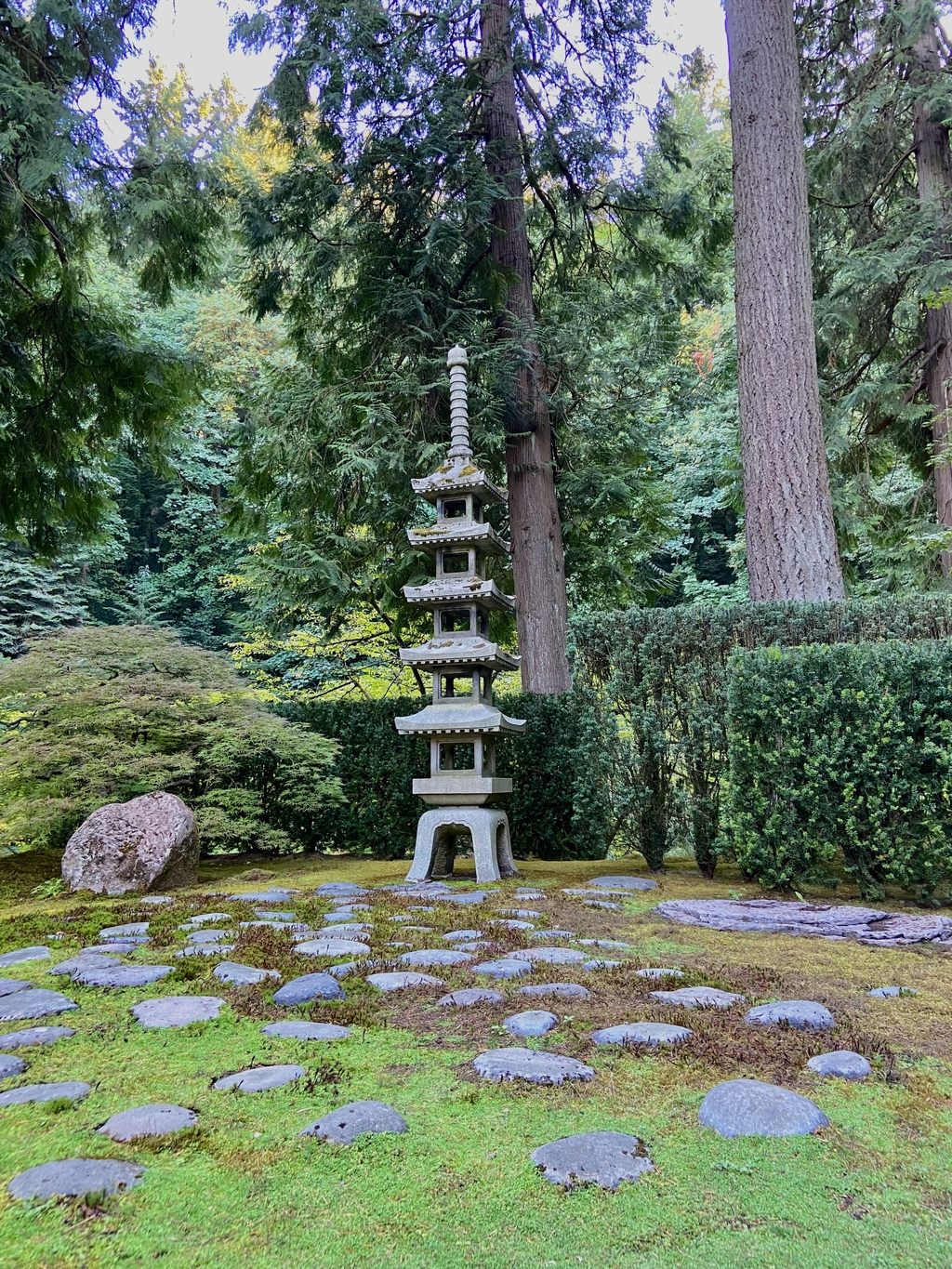 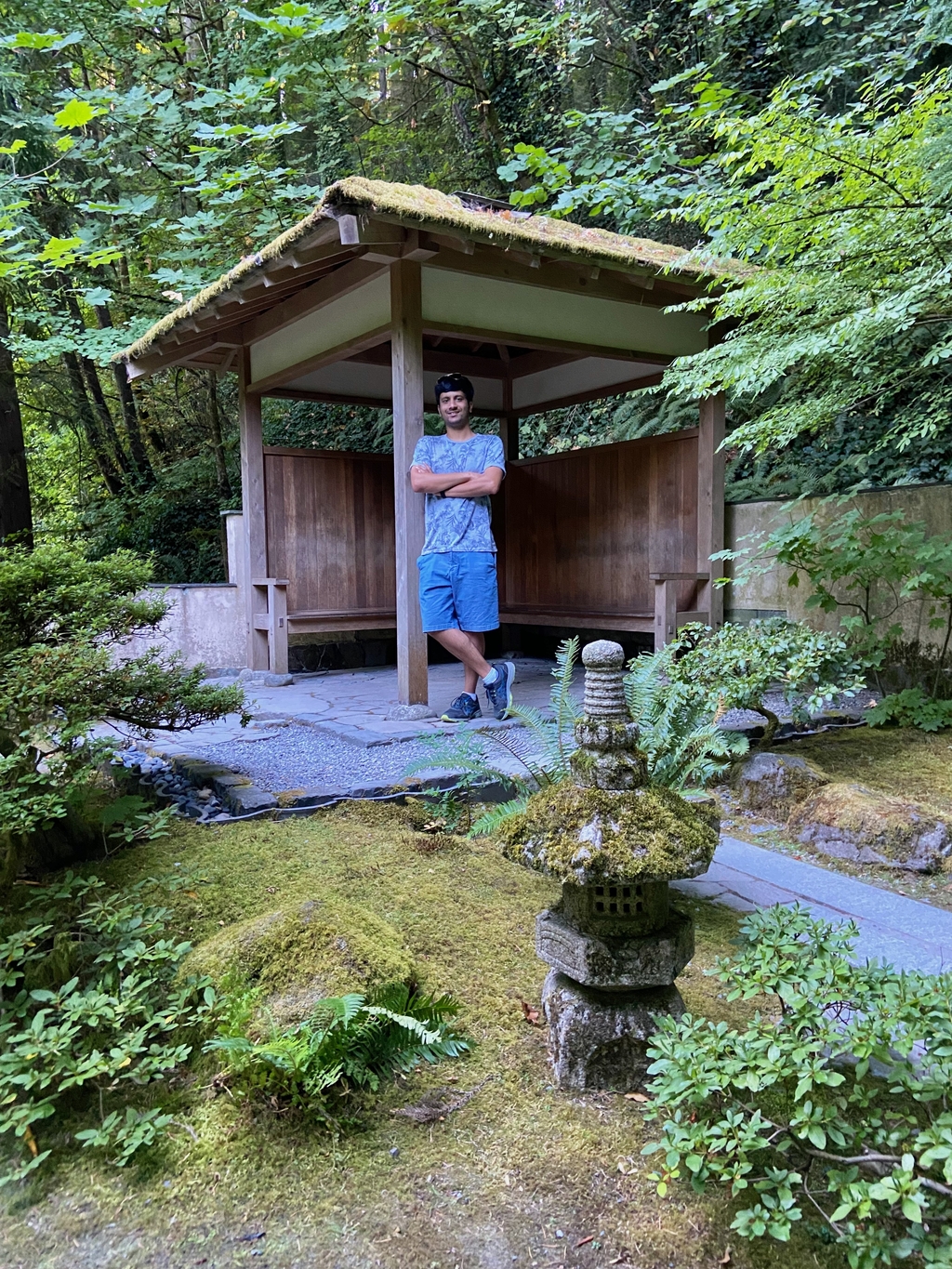 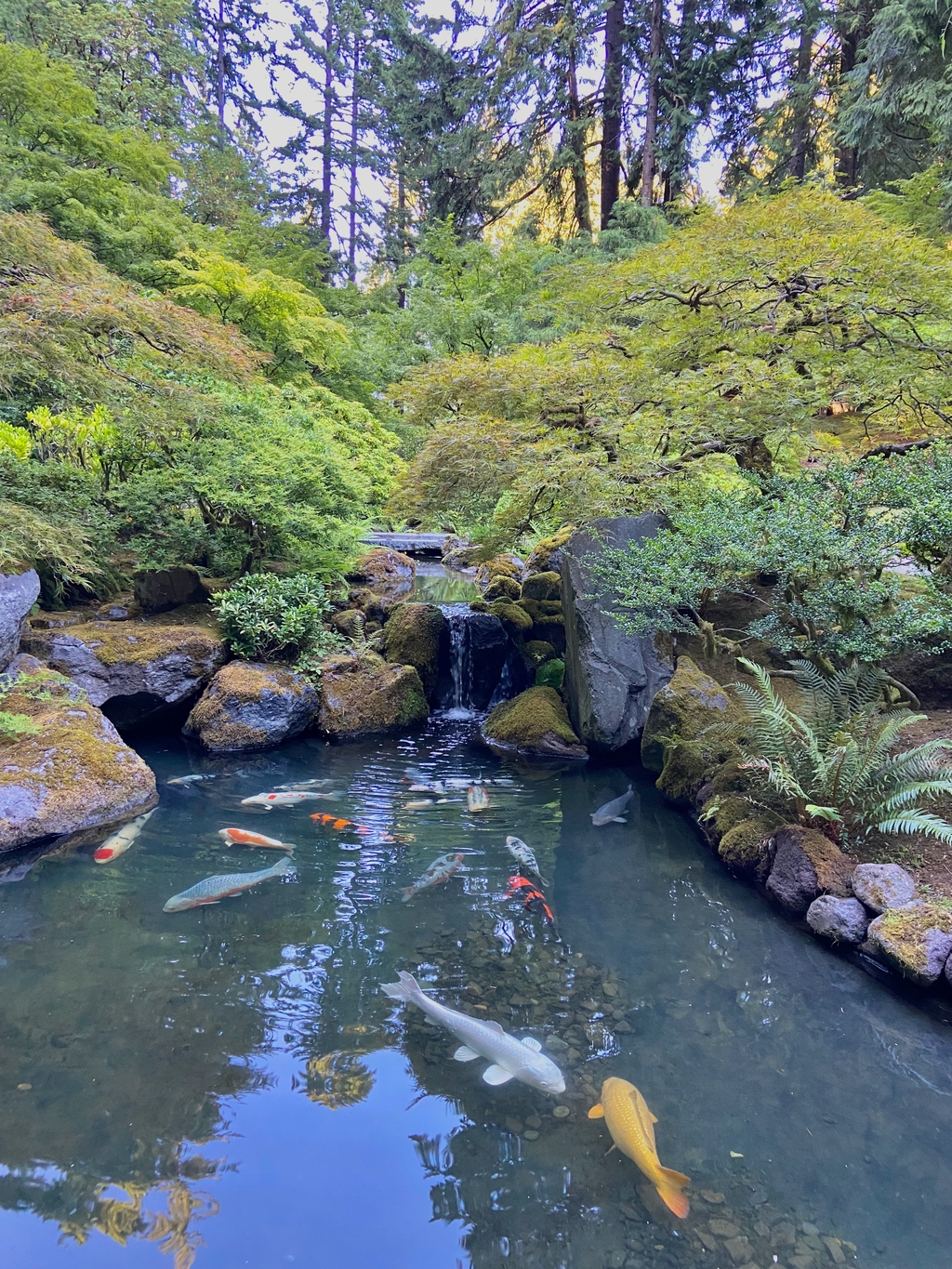 The Strolling Pond Garden is the largest and contains multiple areas. Lower pond is home to many koi and a viewpoint for the beautiful Heavenly Falls. 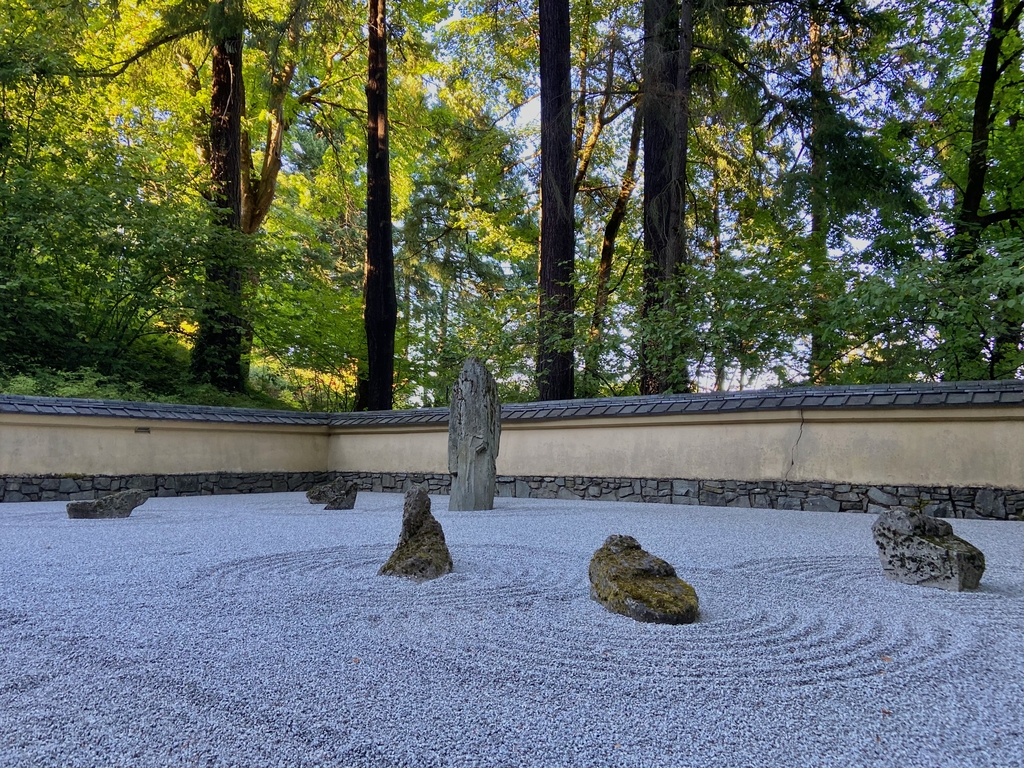 The Sand and Stone Garden contains weathered stones rising from rippled sand suggestive of the water! 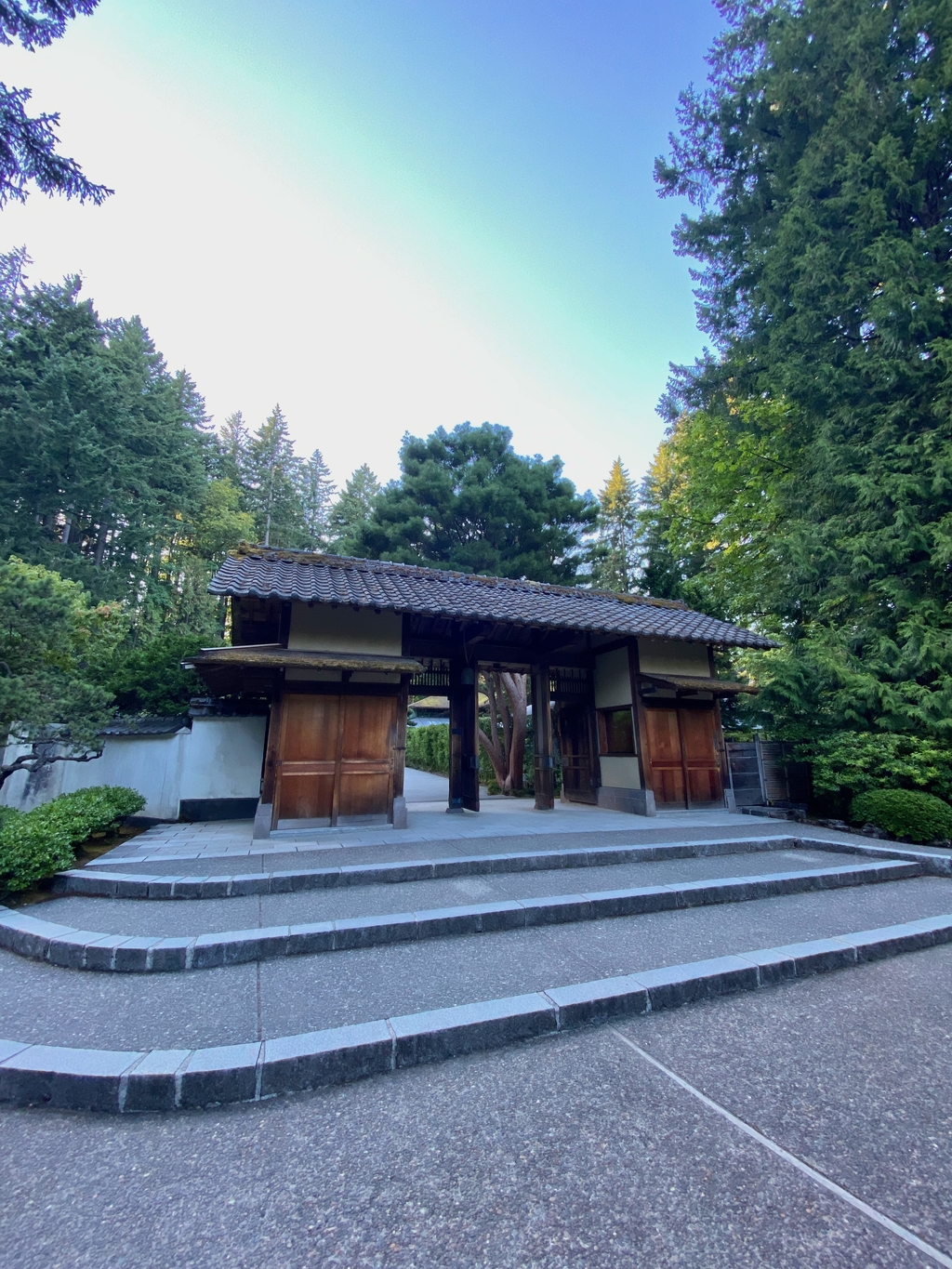 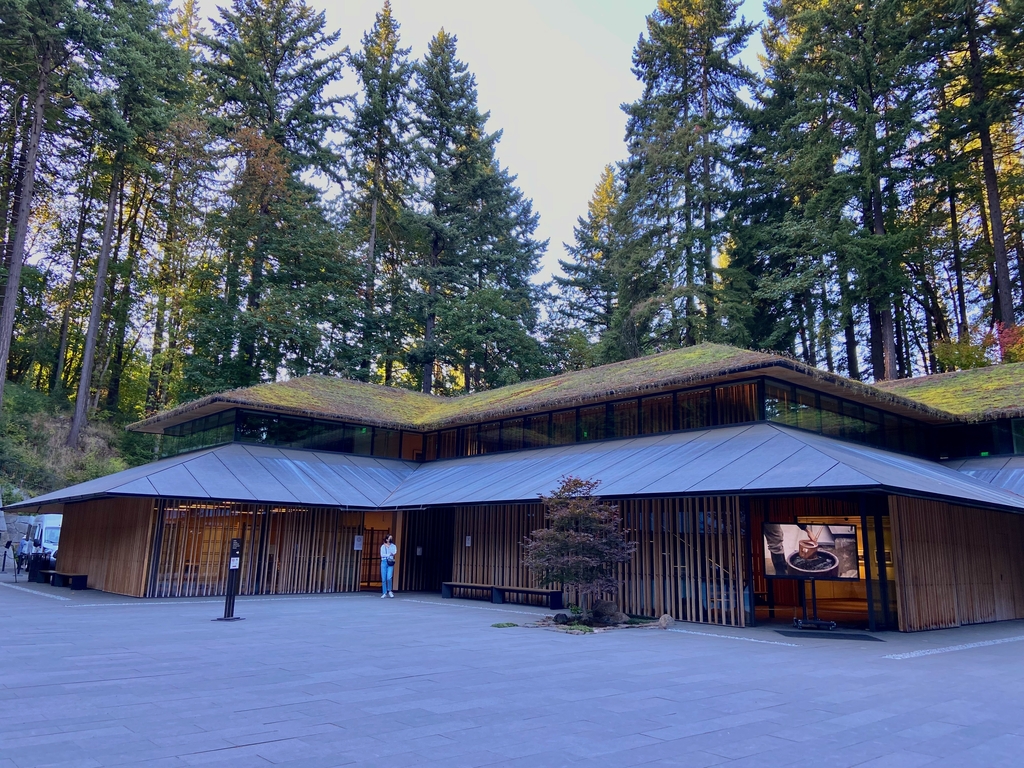 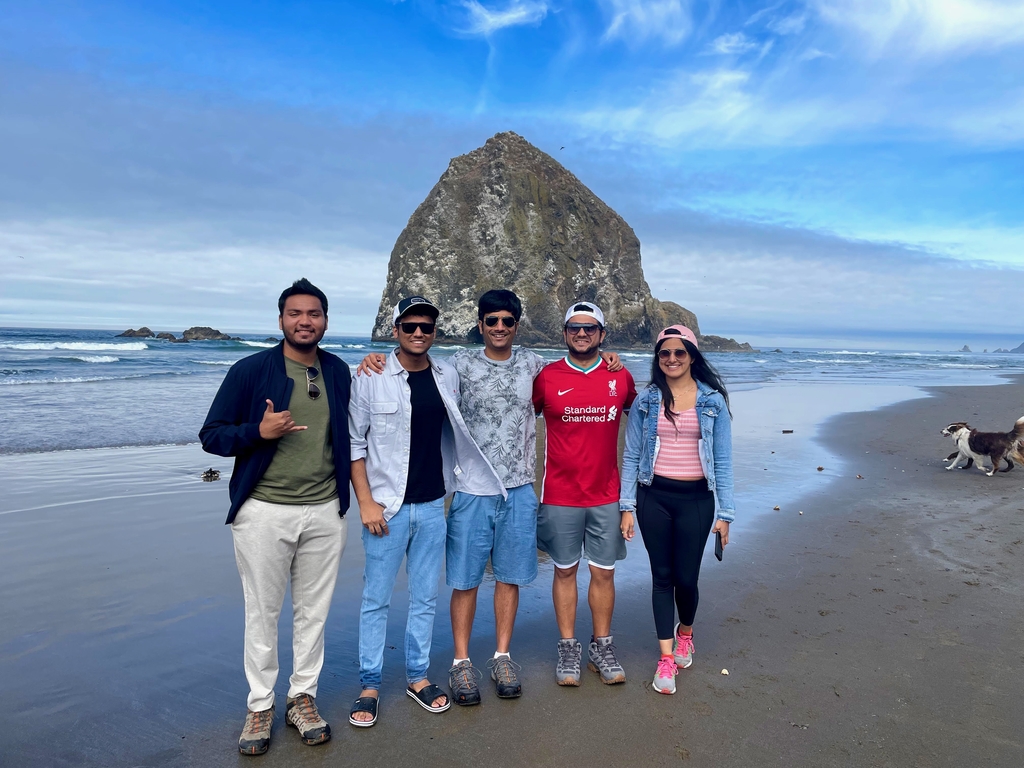