New York City, USA - October 12, 2021
View as slideshow
Sometimes been called the capital of the world, New York City is definitely the cultural, financial, and media capital of the world. From Bollywood to Hollywood, I''ve grown up seeing the city so much on screen that I had been looking to visit it in person for over alteast 10 years! Even after coming to the USA in Aug 2019, I had to wait for over 2 years to finally visit this, and it was nothing short of a surreal and emotional experience! 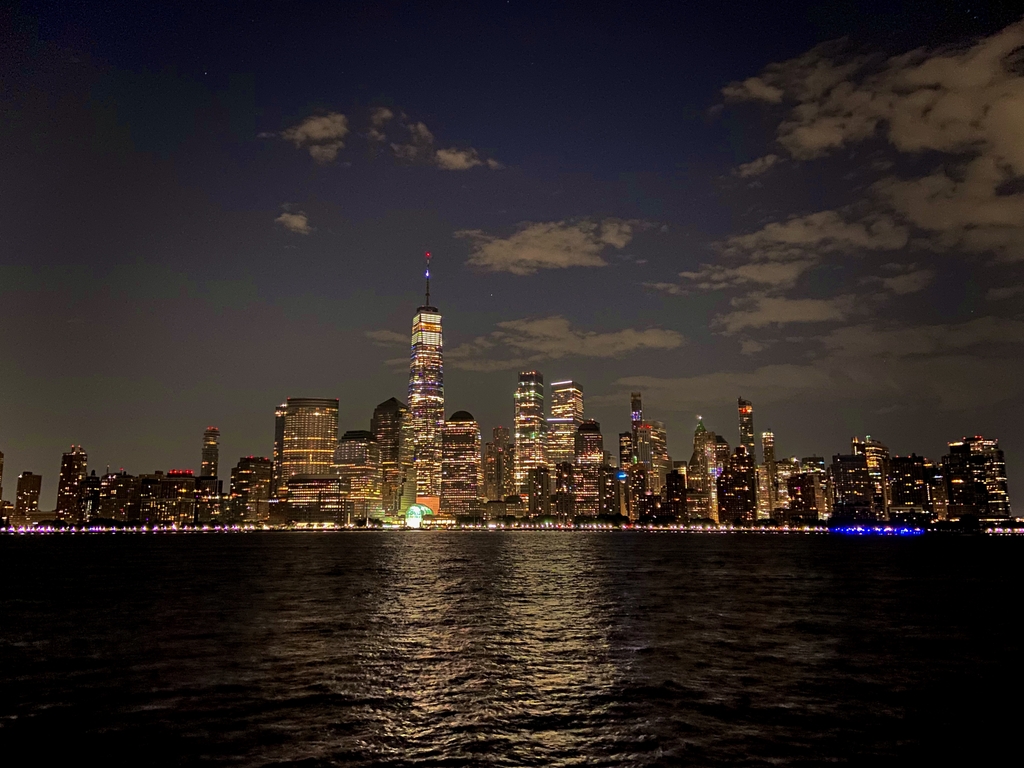 New York, also known as the Big Apple, is a city which offers infinite things to do and places to see. With 290 completed skyscrapers, it is also has one of the most recognizable skylines in the world! 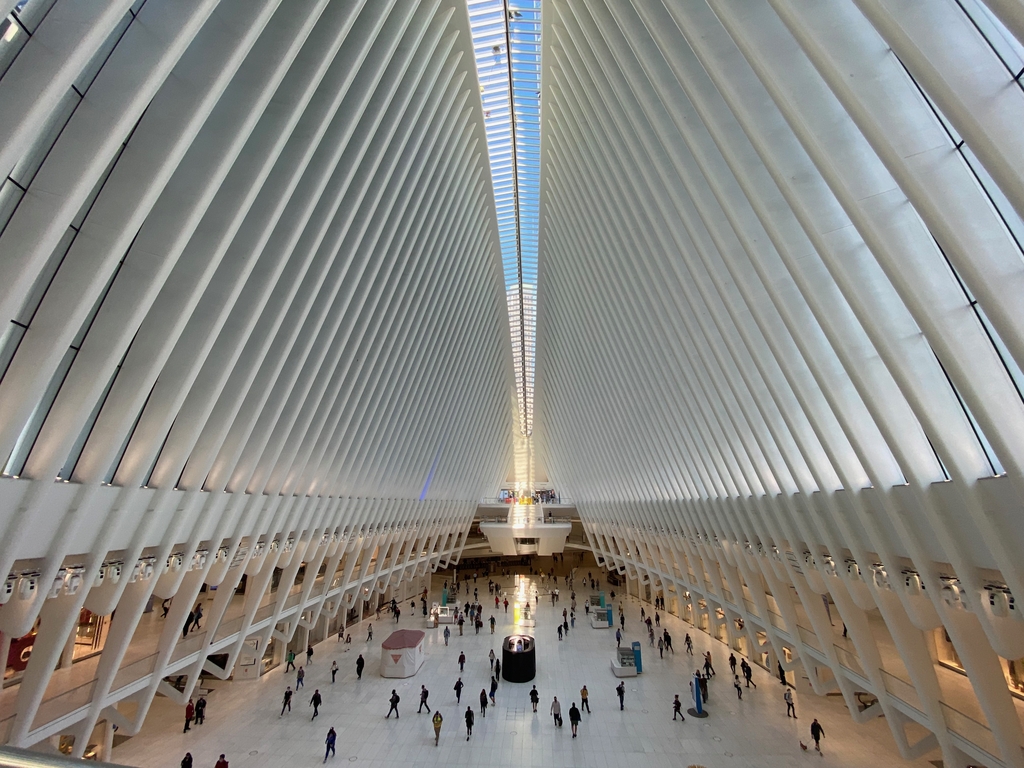 World trade centre is too royal to be a train station and was entry point to 'The City'. Starting to get built just after 9/11 and at 4 Billion dollars, it is the most expensive train station in the world. 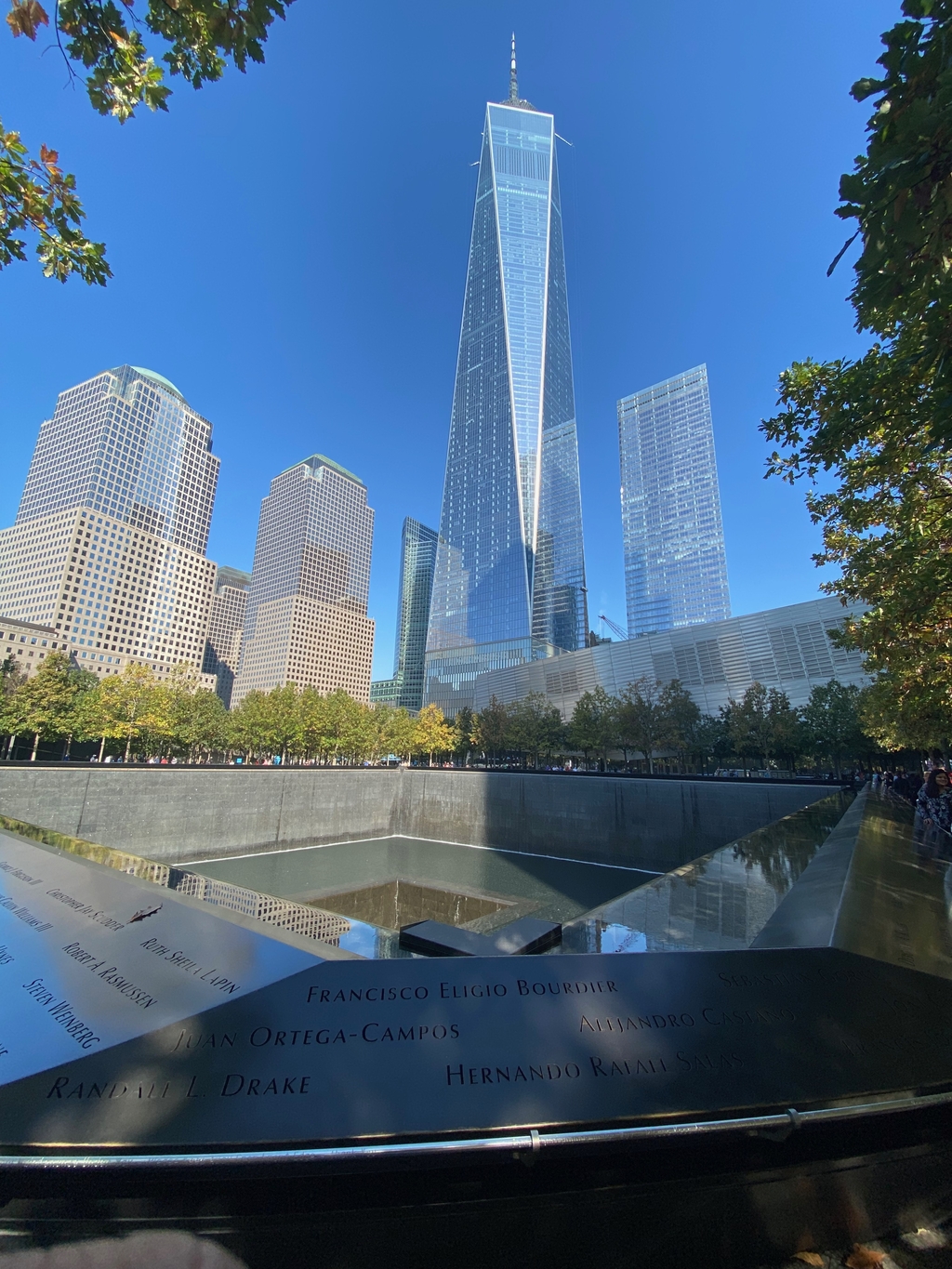 9/11 Memorial & Museum is at the the former location of the Twin Towers, with the tallest building in the Western Hemisphere in backdrop! 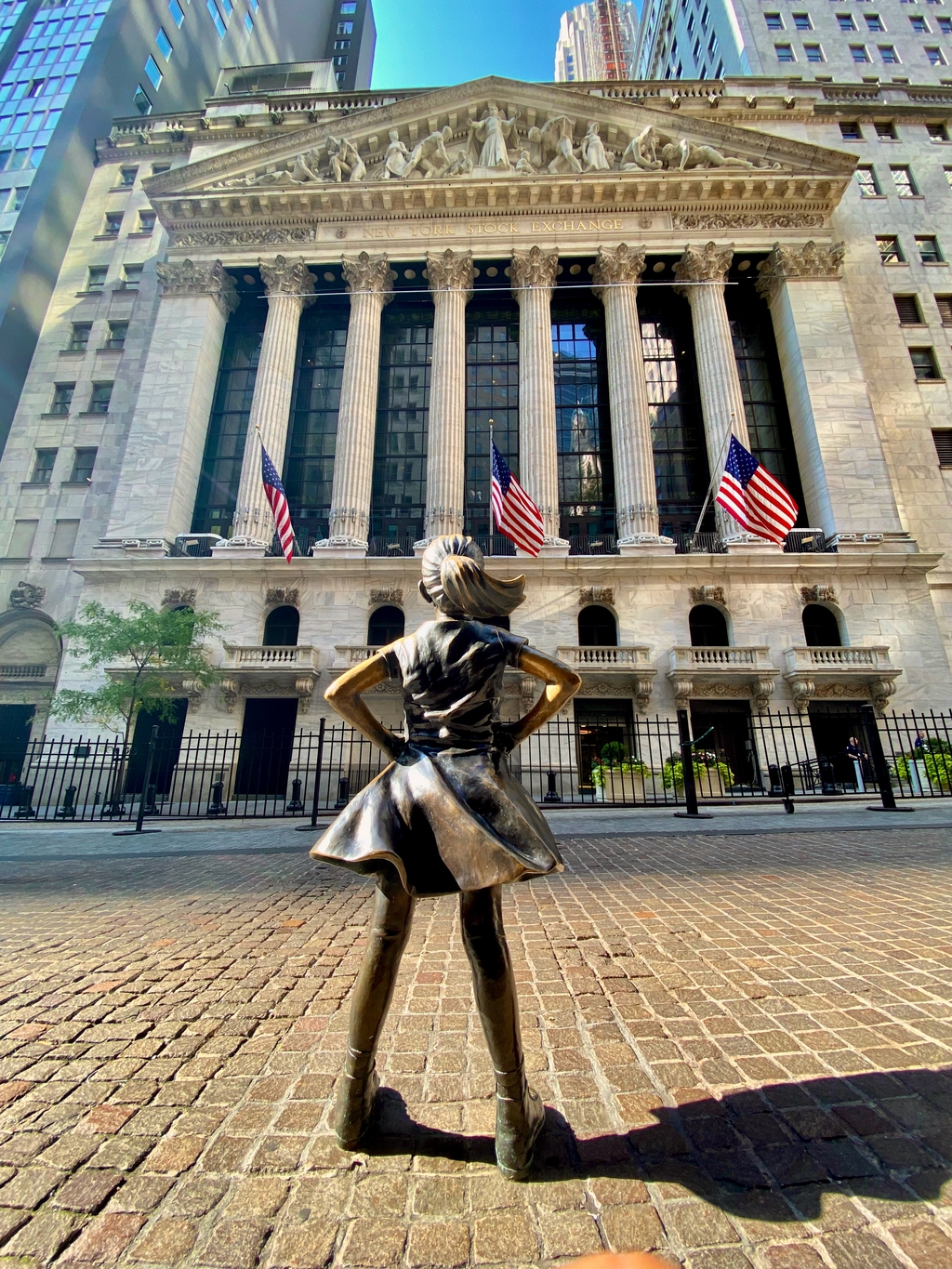 Home to NYSE (and NASDAQ), the largest stock exchanges of the world, if the New York metropolitan area were a sovereign state, it would have the eighth-largest economy in the world, lol?

The charging bull is the icon of the wall street, and a symbol of aggressive financial optimism and prosperity! 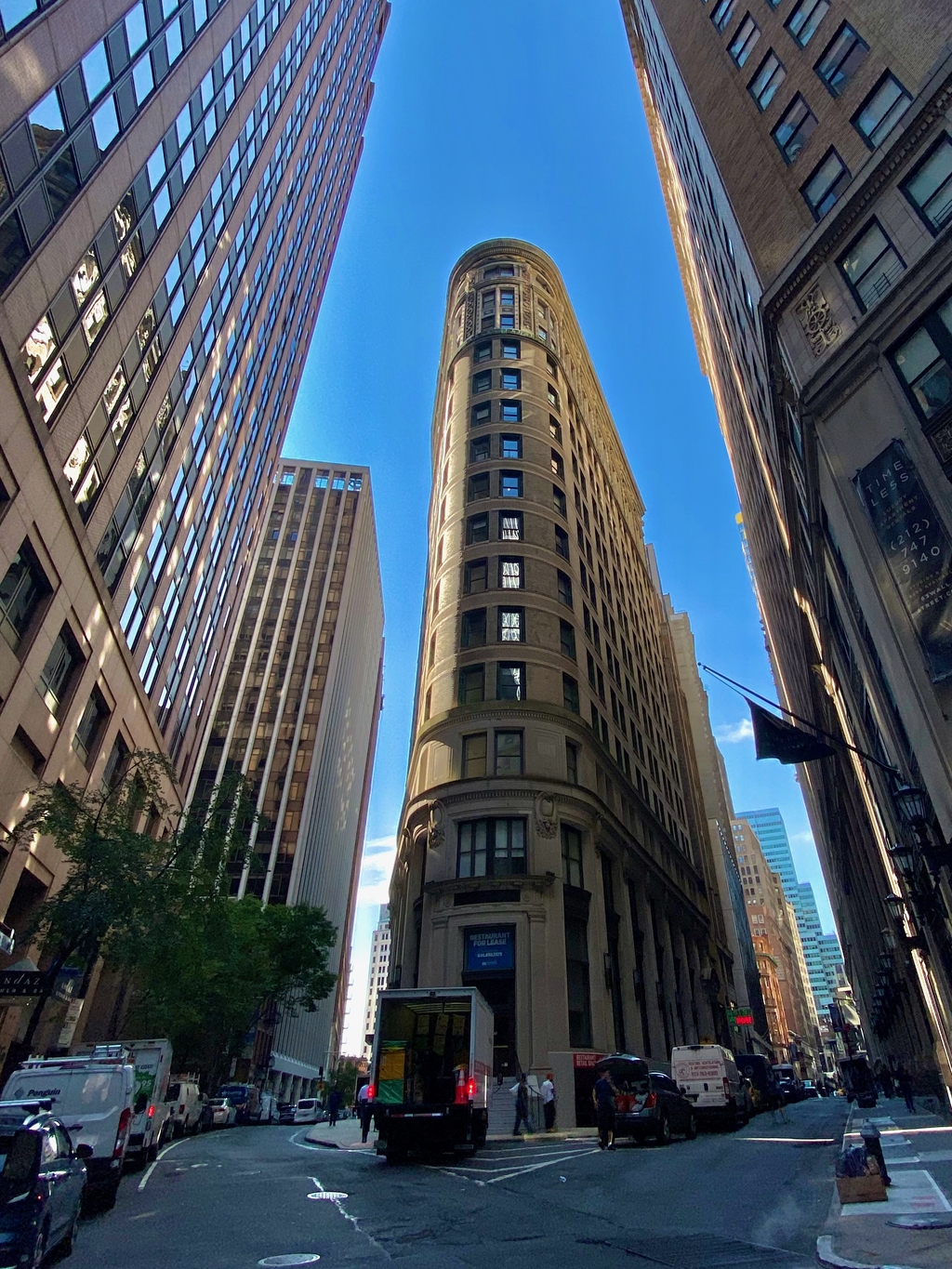 And the Continental Hotel from John Wick sits in Wall Street? 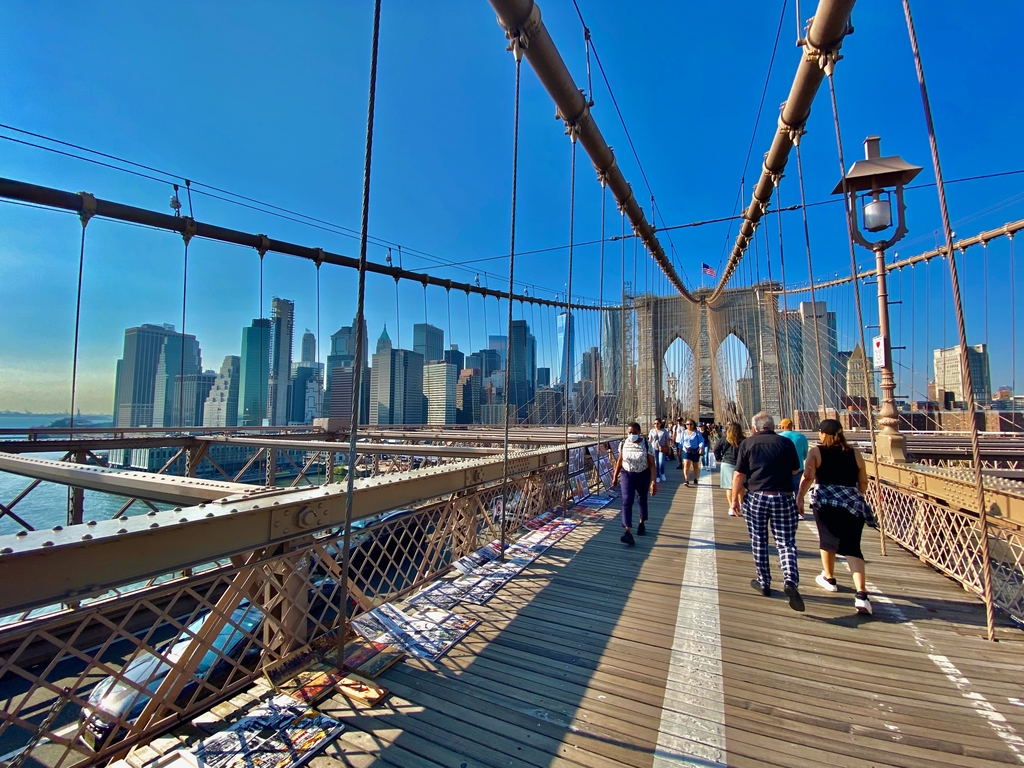 Walking across this iconic Brooklyn bridge is one of the best things to do in NYC! 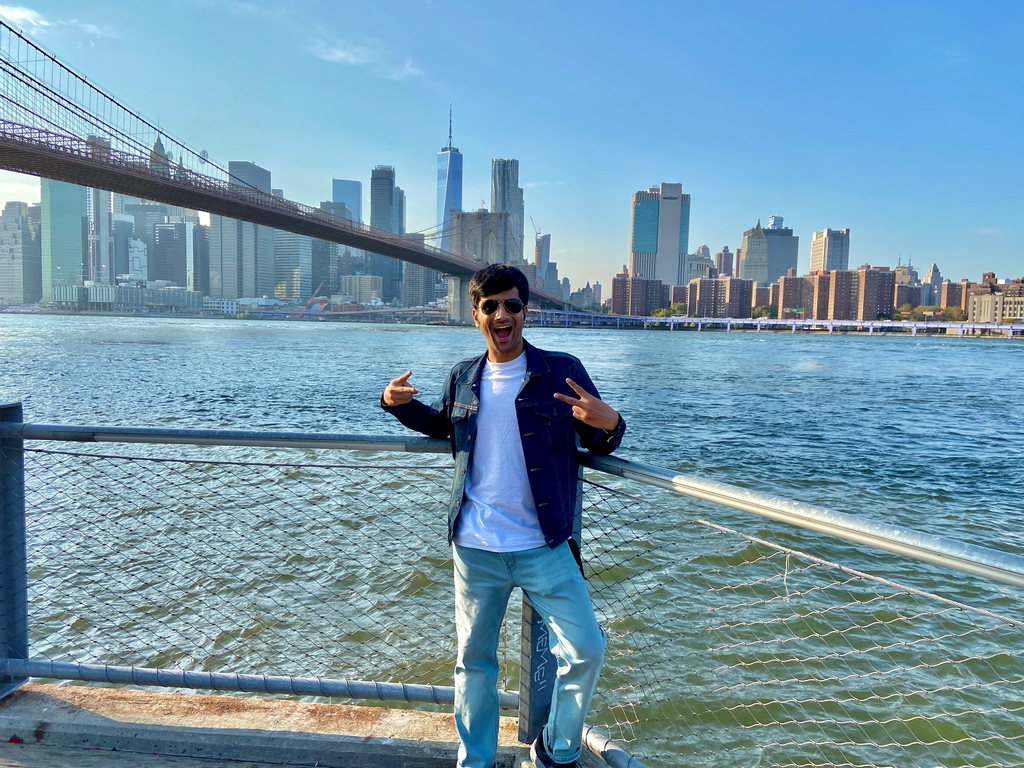 Posing here where half of the SRK movies from the 90's were shot was my childhood dream!! Reference: Kal ho na ho

Even though I dreamt about it, I was too shy to shake a leg in this iconic location but thanks to @NanditaGupta, the trip became unforgettable! 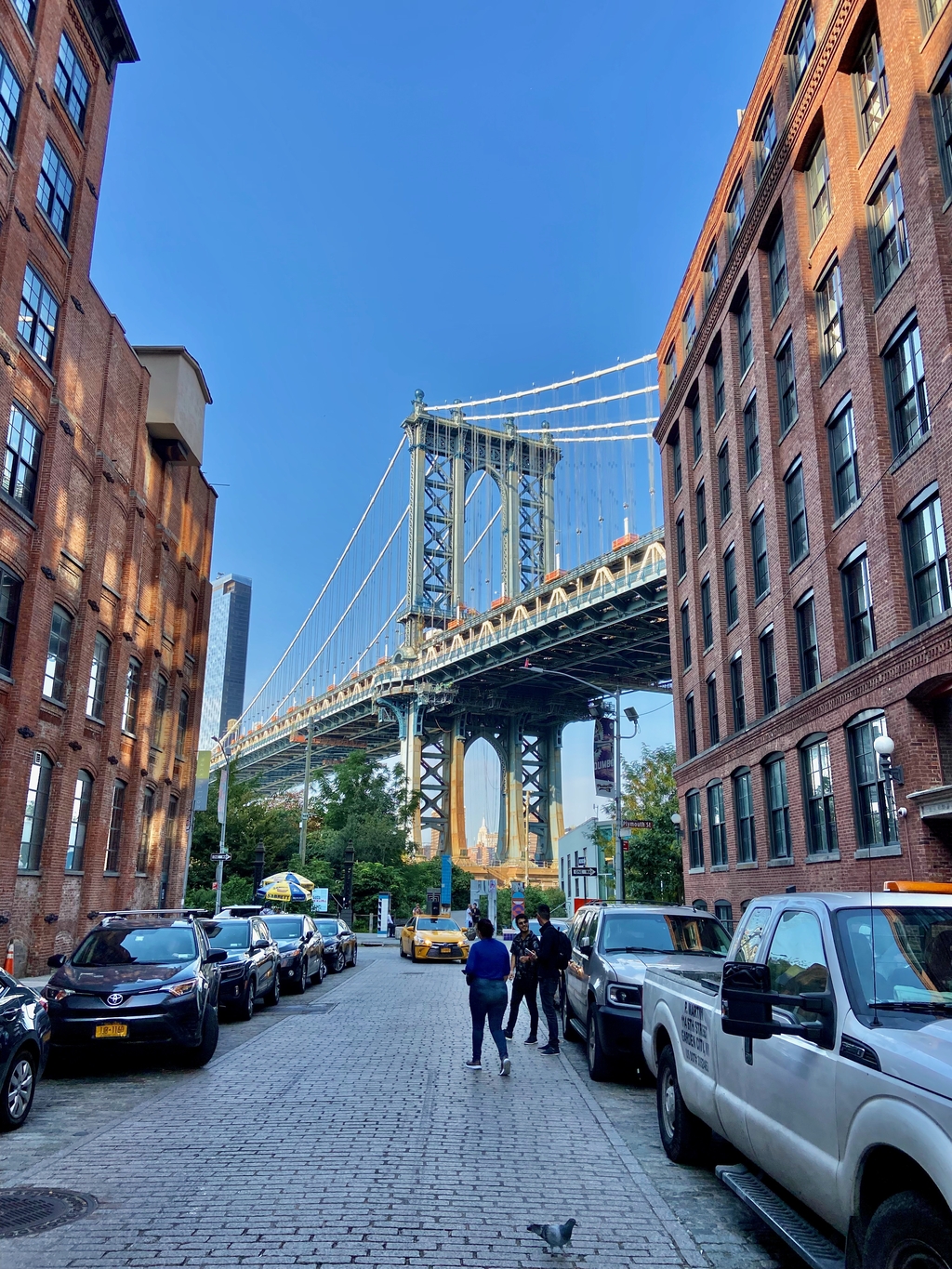 Classic NYC pic which I always wanted to capture and see at DUMBO - short for Down Under the Manhattan Bridge Overpass! 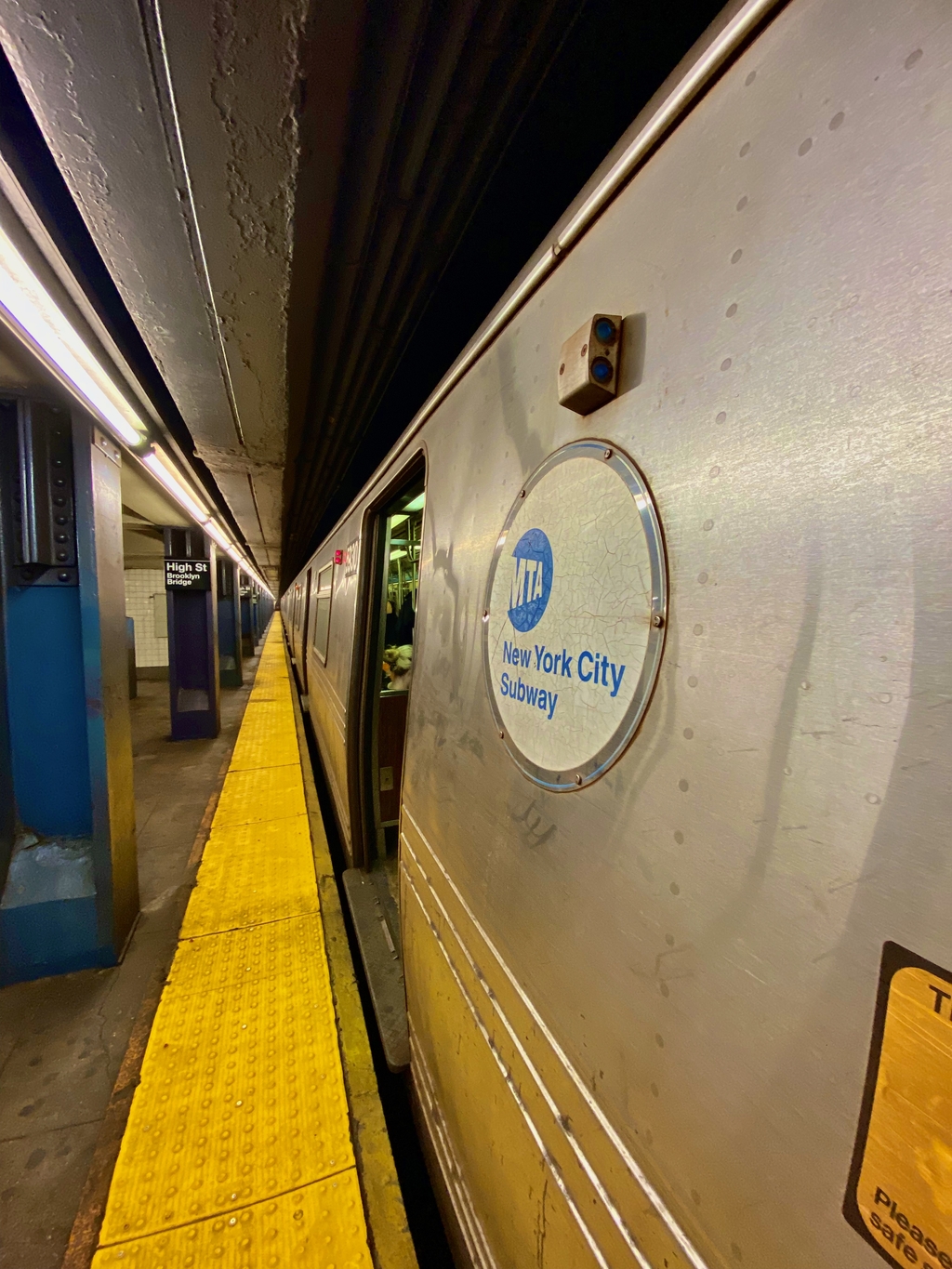 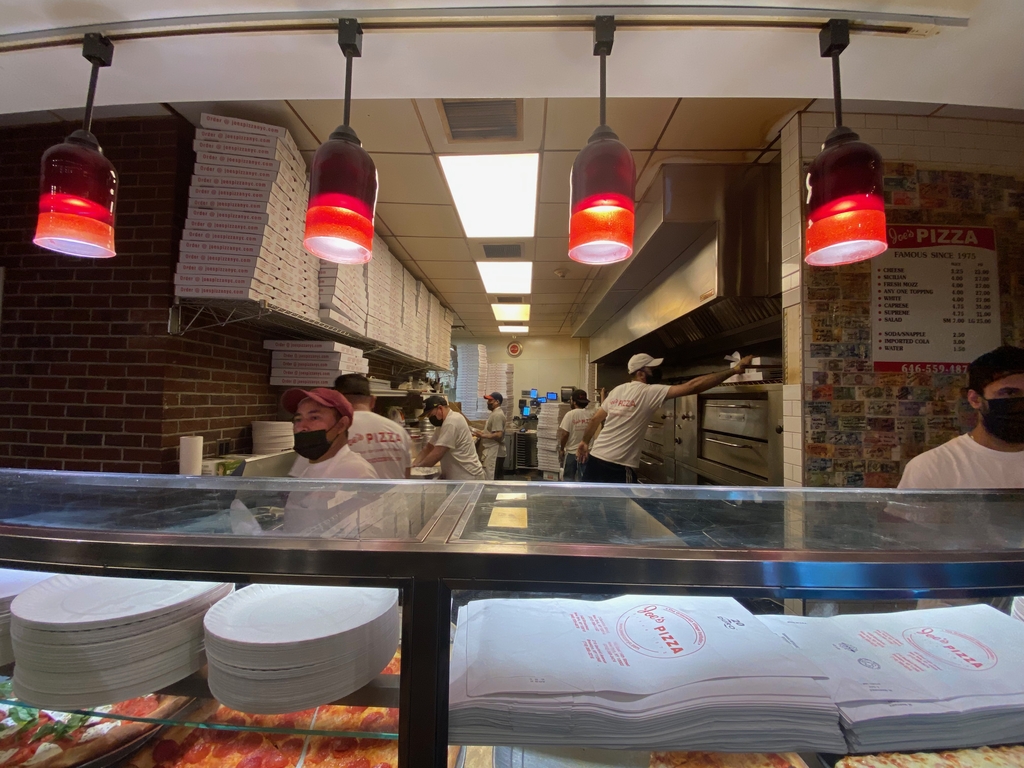 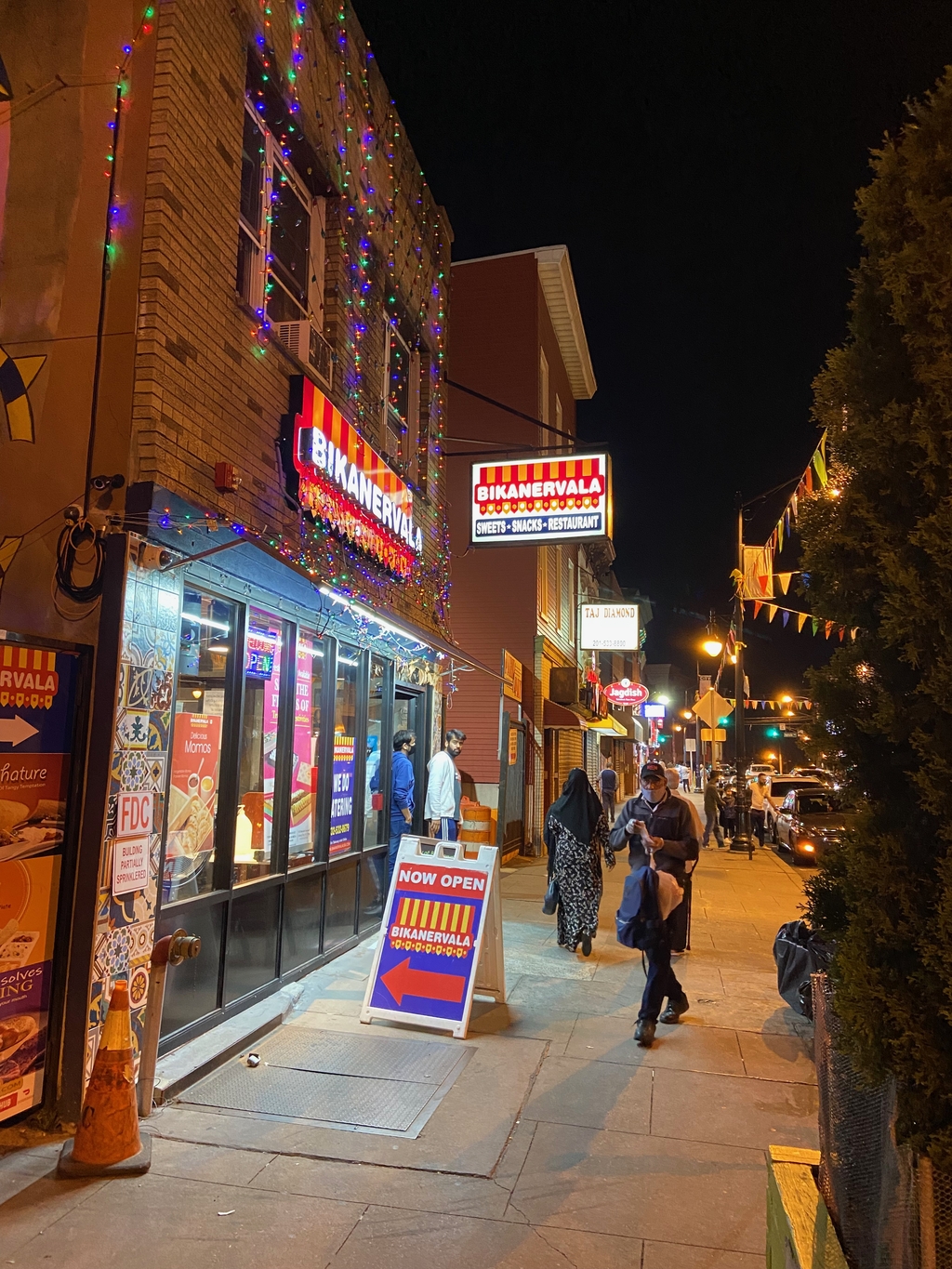 Bikanervala confirms the fact that Journal Square in NJ is home to the highest concentration of Asian Indians in the Western Hemisphere! 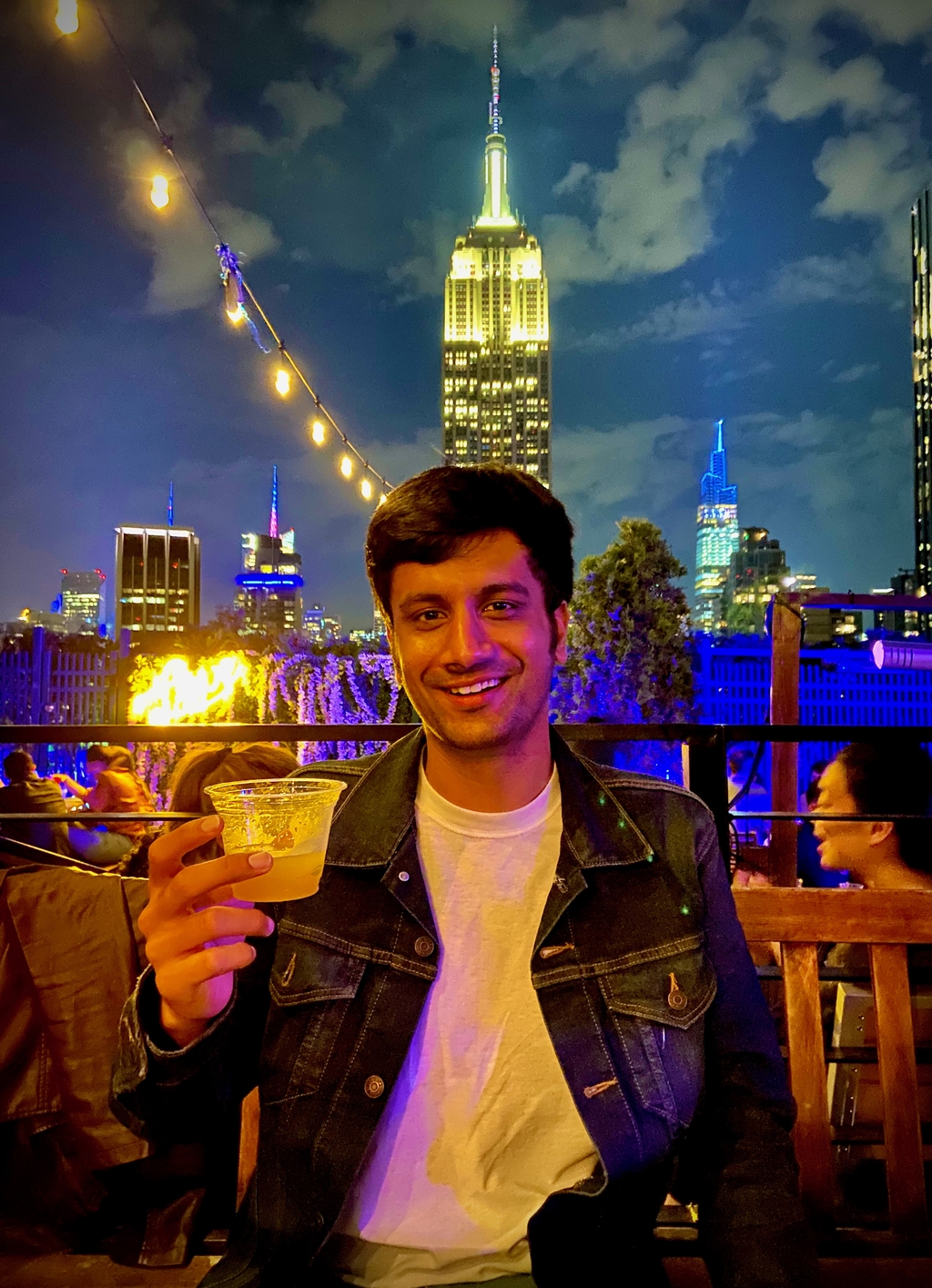 Amongst the iconic views of Empire State Building which is the most photographed building in the world for a reason! 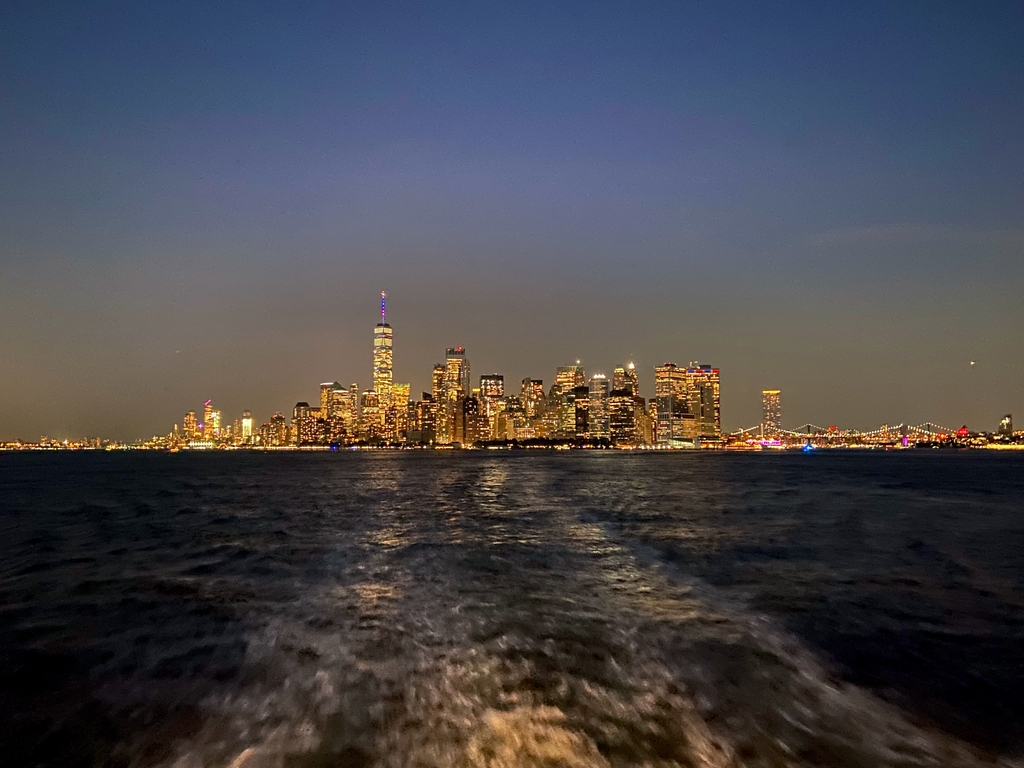 The staten island ferry offers stunning views of Lower Manhattan, from the water *_* 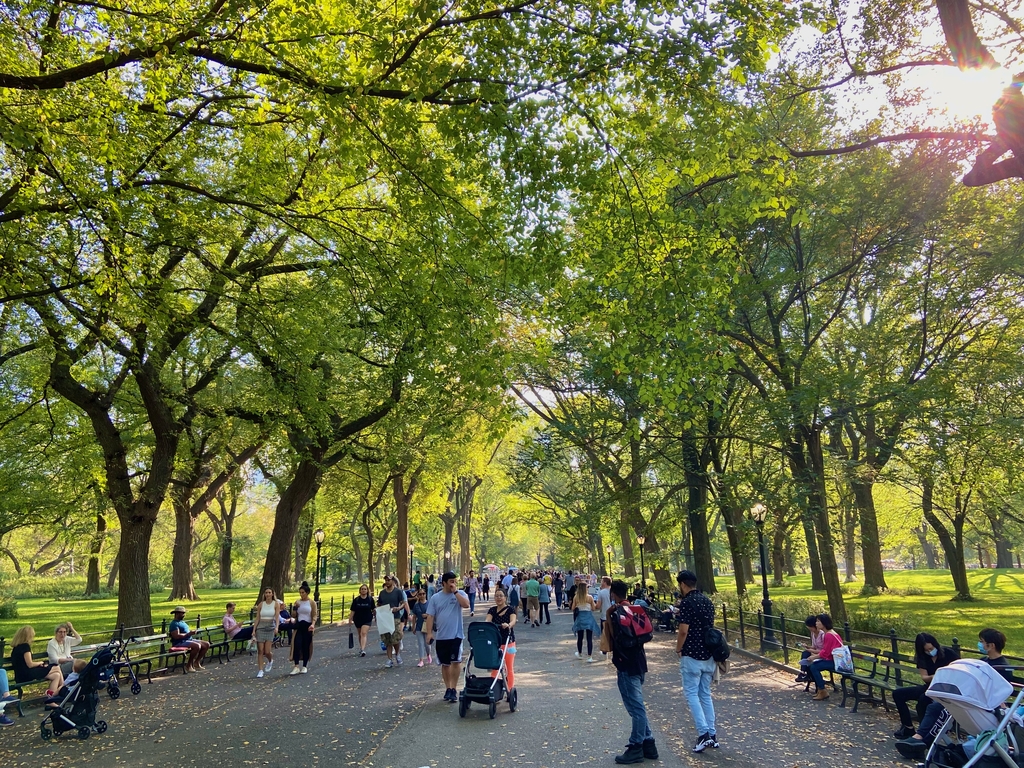 Central Park has been the lush, green centerpiece of New York City and instantly transports you from the hustle and bustle of the city streets to a natural oasis. 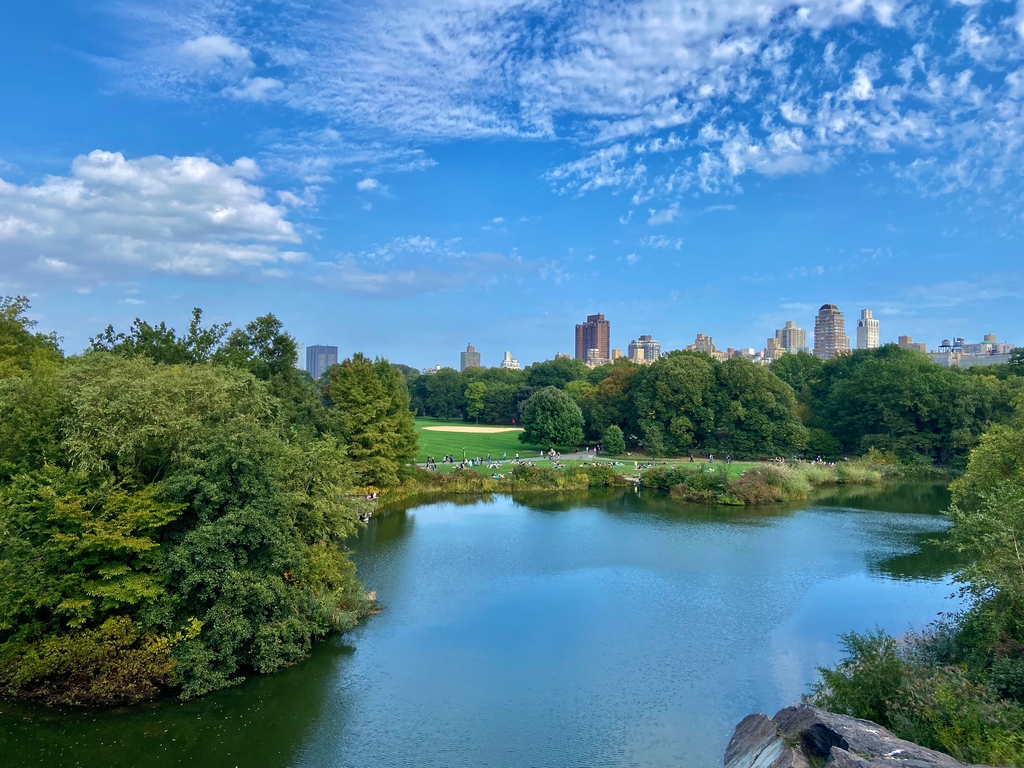 Measuring 843 acres, Central Park is larger in land mass than the country of Monaco which is just under 500 acres large 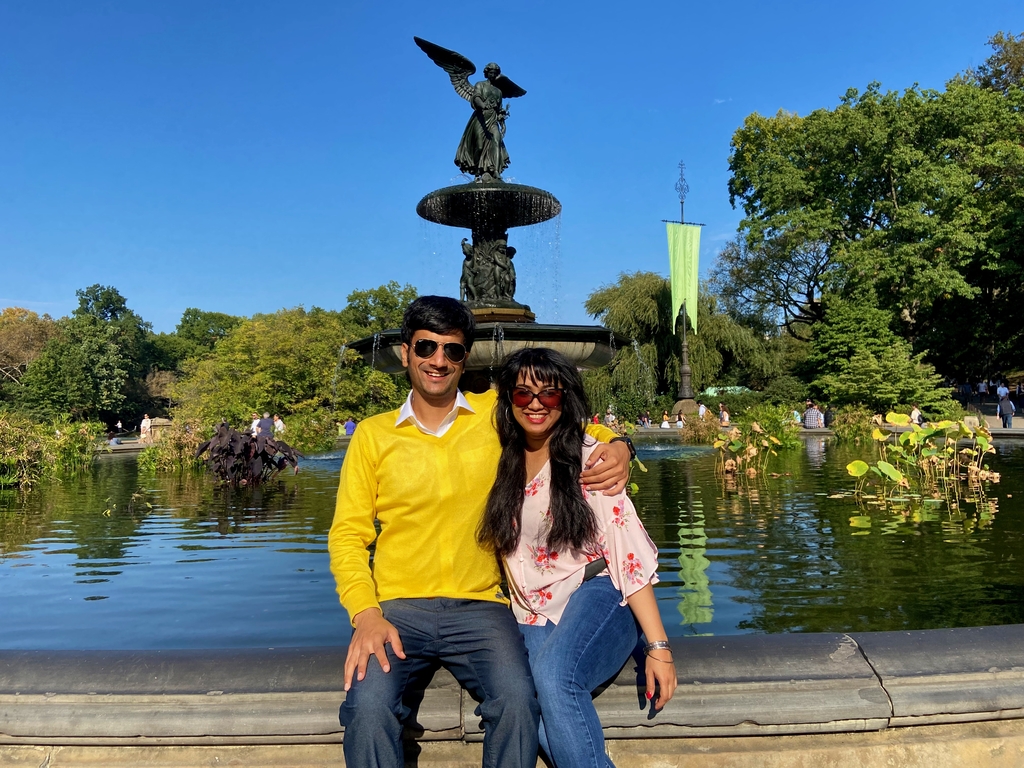 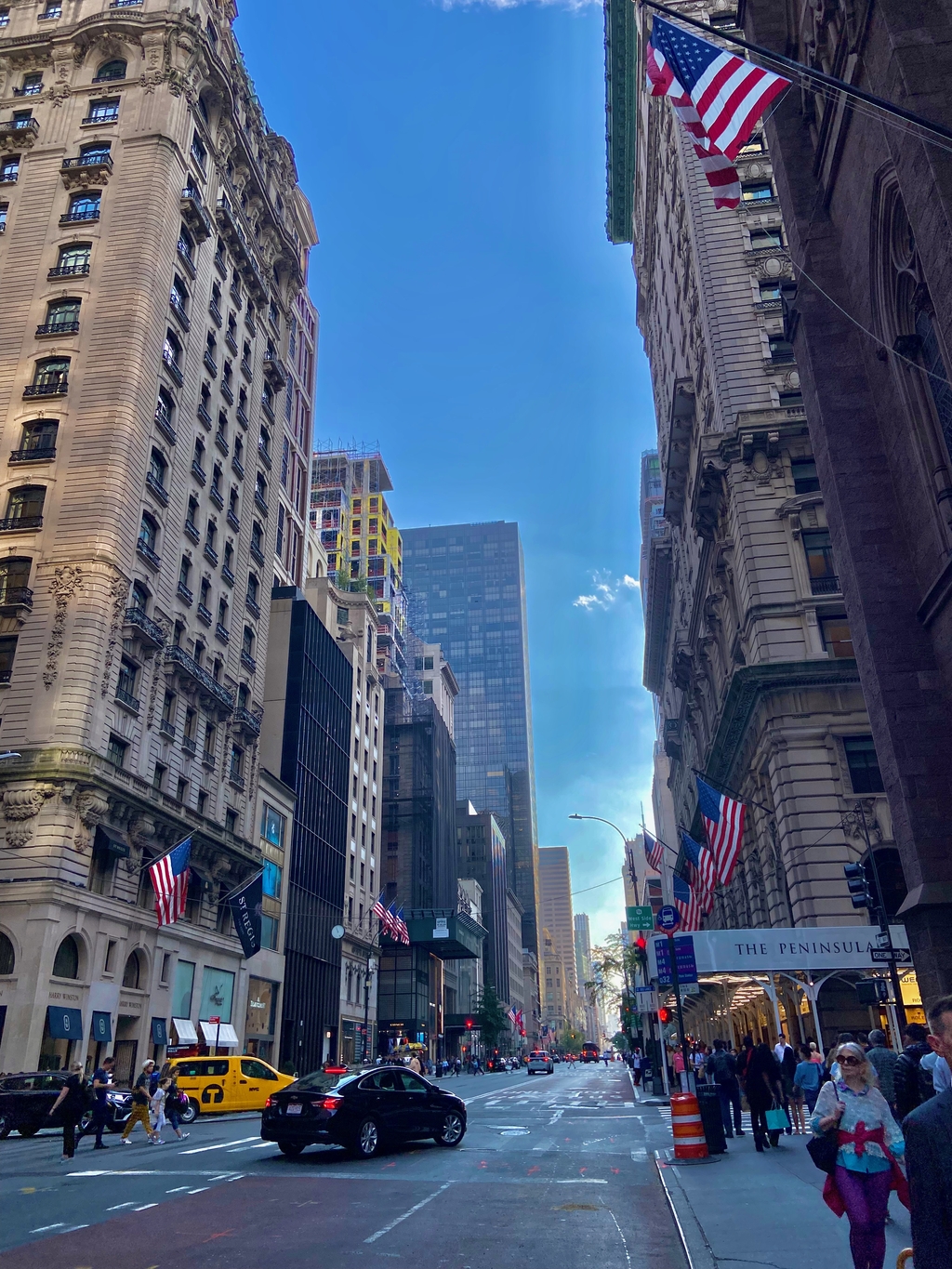 One of the most famous streets in the world, Fifth Avenue spreads along 5 miles of the most valuable real-estate in Manhattan and is a magnet for the rich & famous, who come from all around the globe to live, work, and play here. 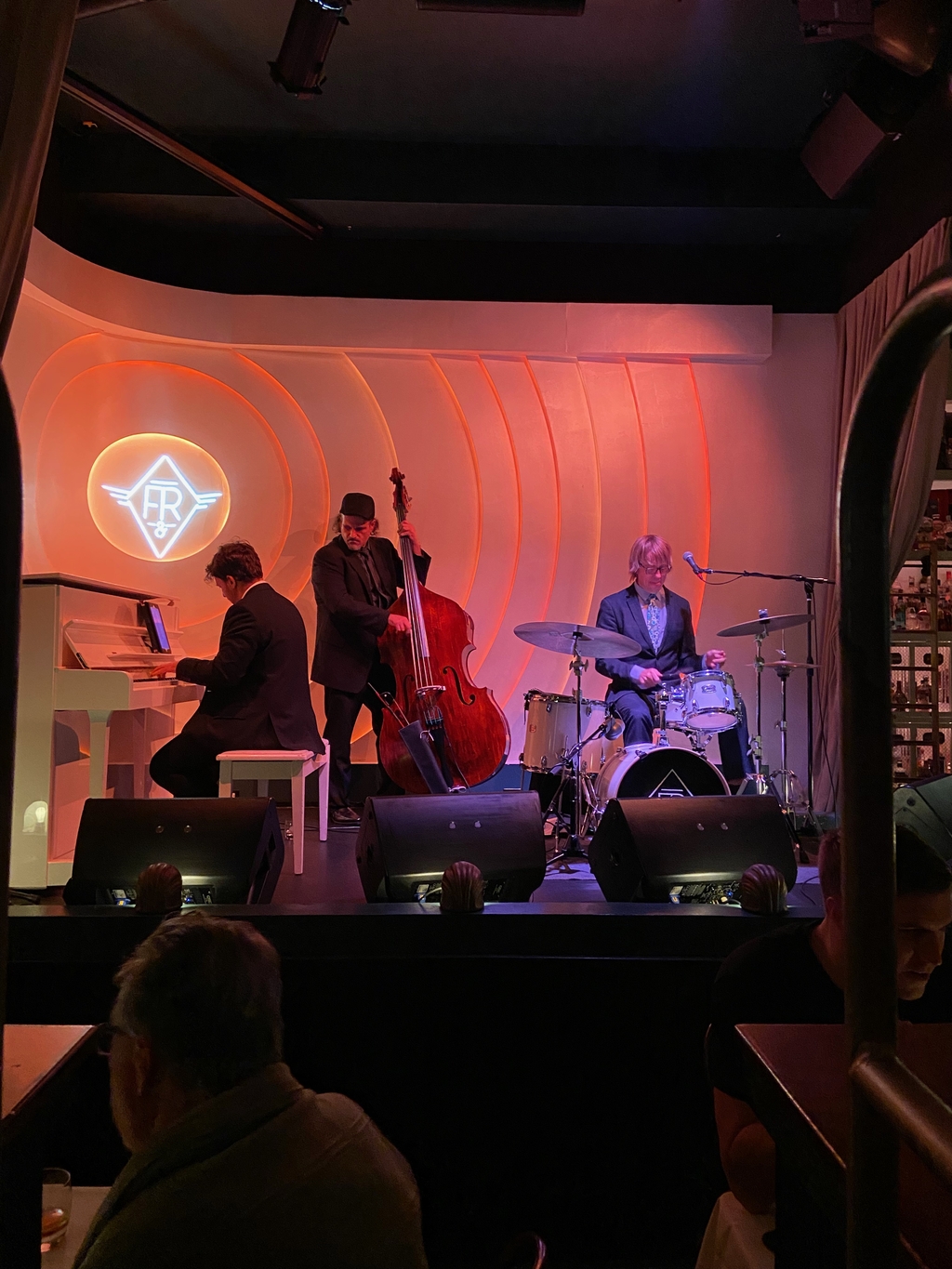 NYC is also the centre for culture so how can we miss ... 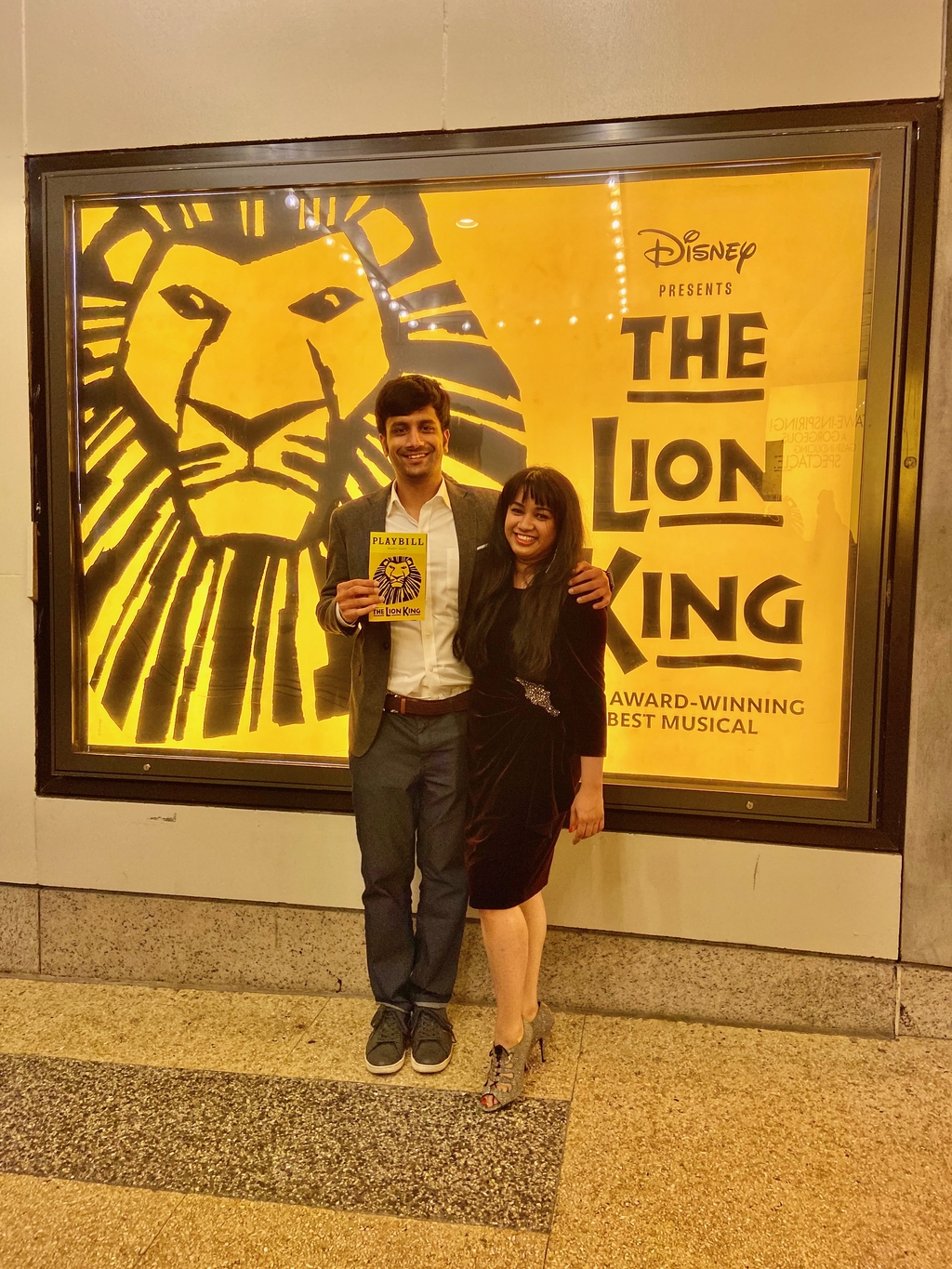 ... a broadway show which are essential to the artistic life of New York City. 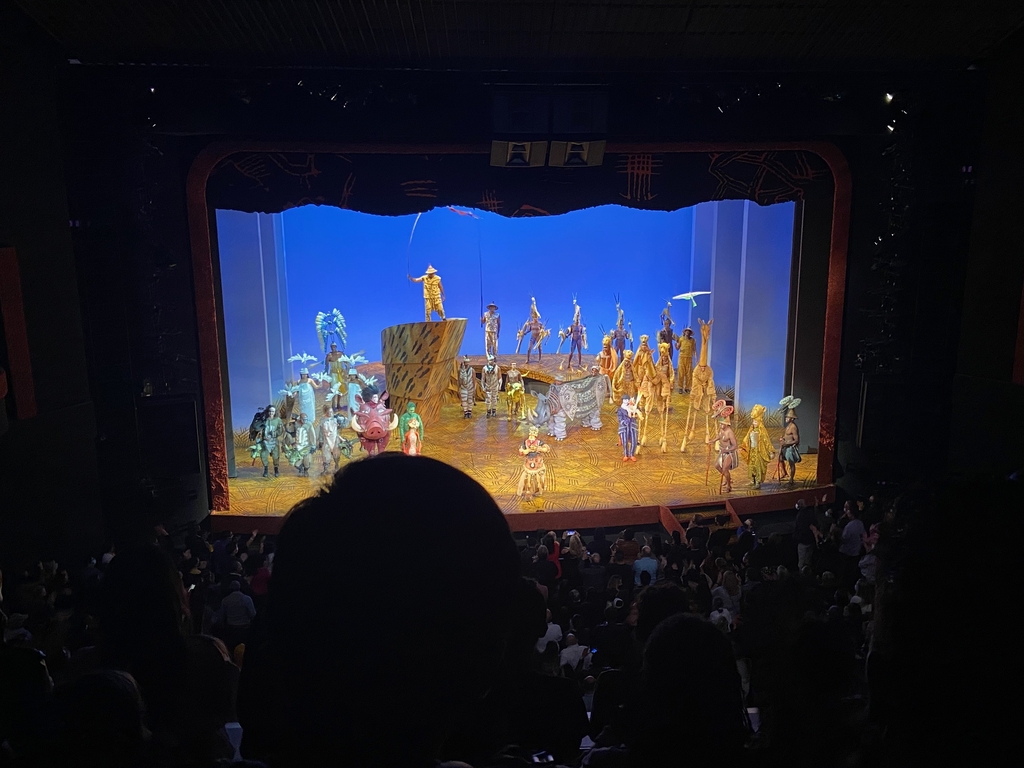 Noted for intricate costumes and light hearted feel, watching the musical Lion King was a magical experience which just transported me back to my child hood. Funfact: The theatrical has been performed on all the 7 continents of the world and is one of the most successful show! 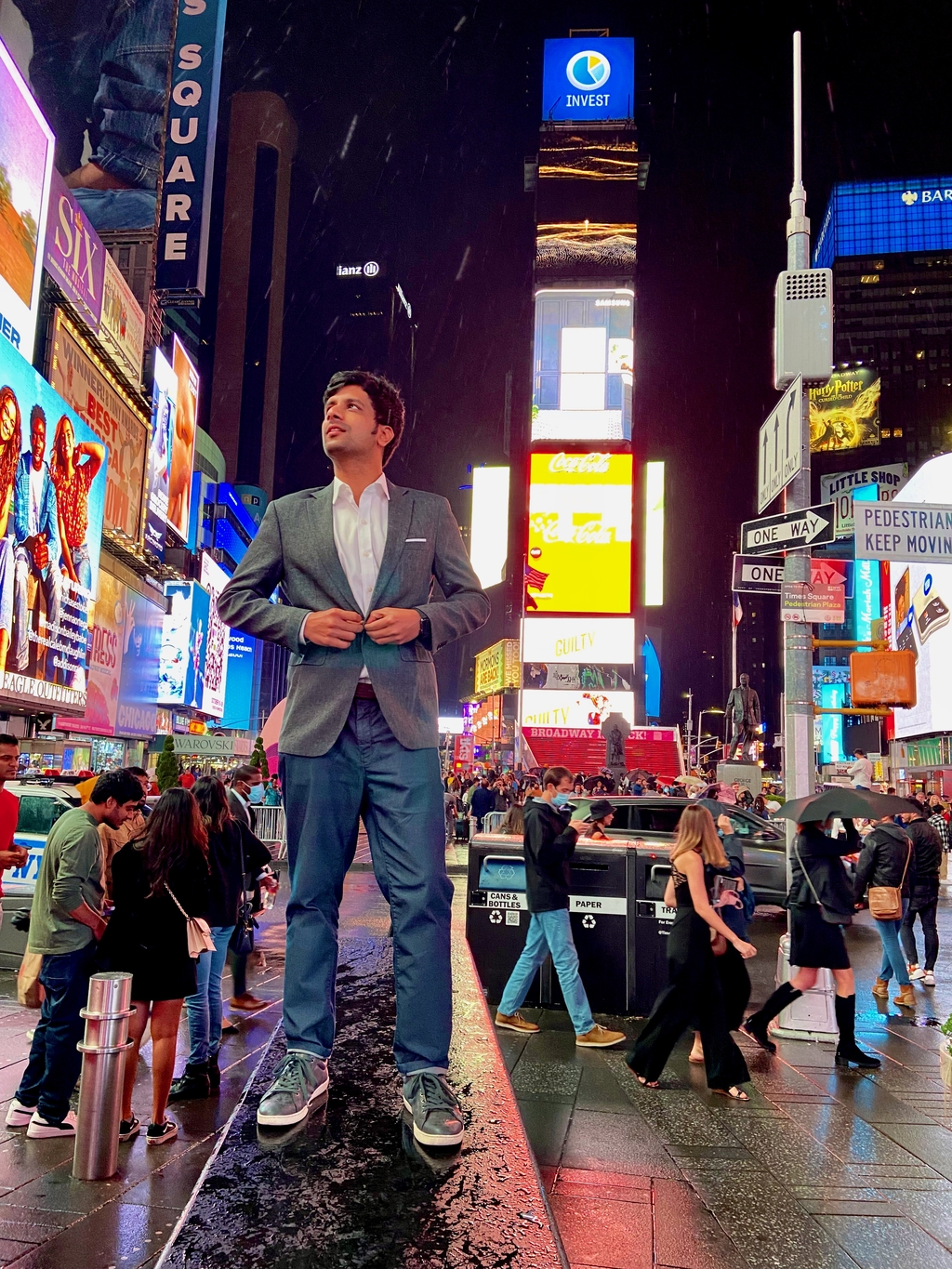 All decked up at the Center of the Universe - Times Square which has a reputation for glitz and bustle. Around 340,000 pedestrians pass through Times Square on a typical day! 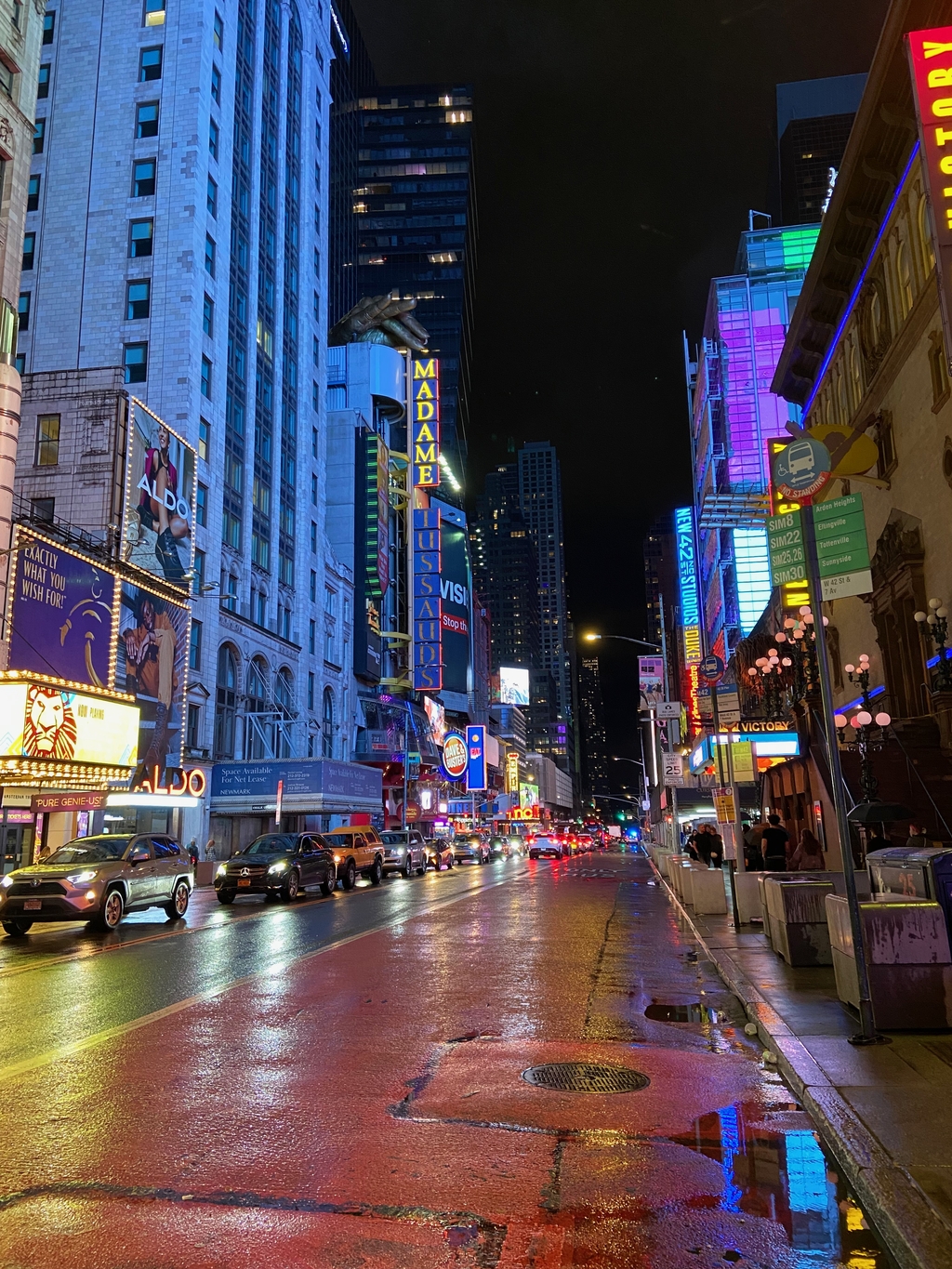 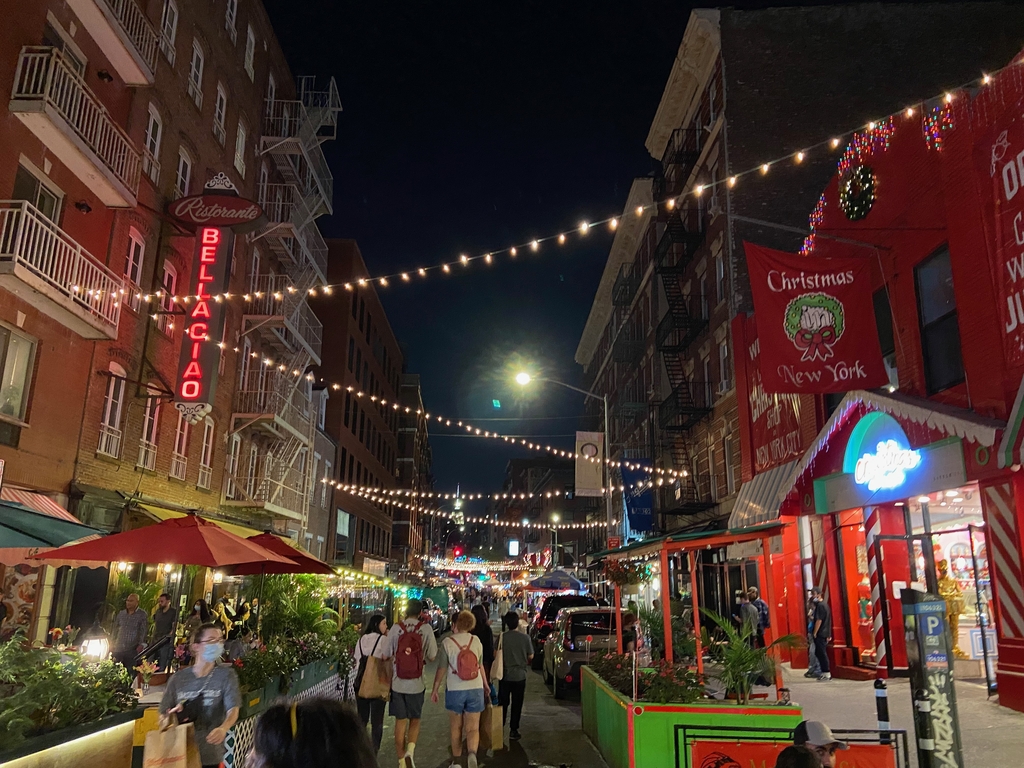 Although all of New York is famous for its pizza, it is never a bad idea to try the original recipe in the neighborhood where the first pizzeria opened in the U.S - Little Italy! 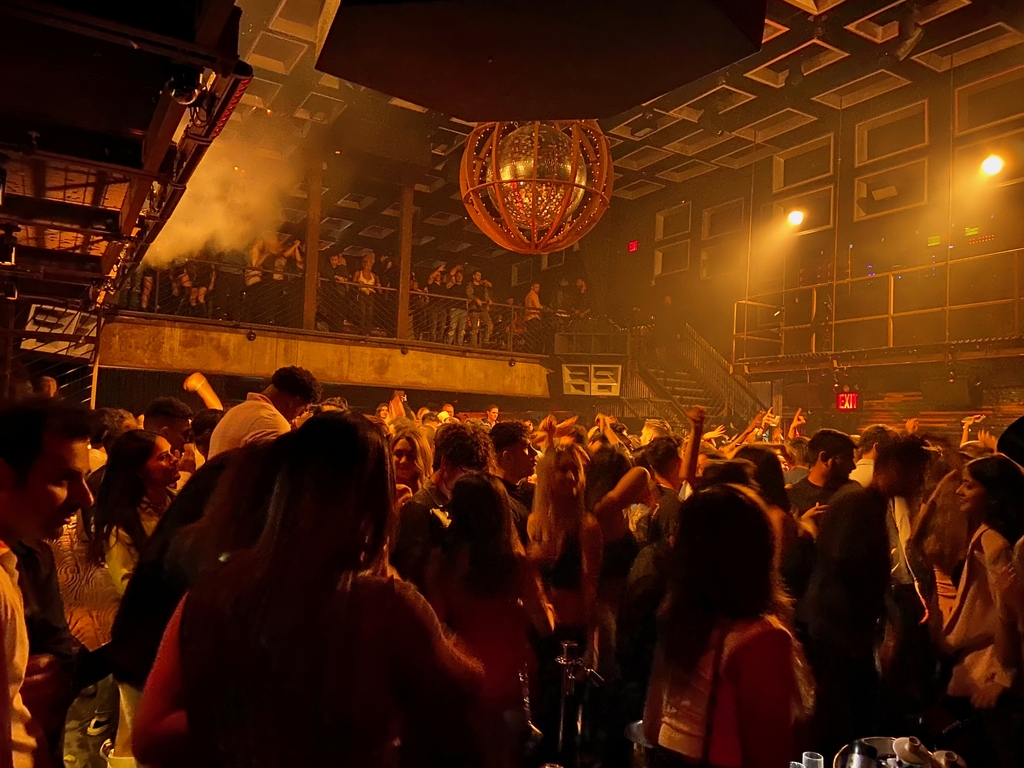 What's NYC without a crazy 4am drunk club party? Check! 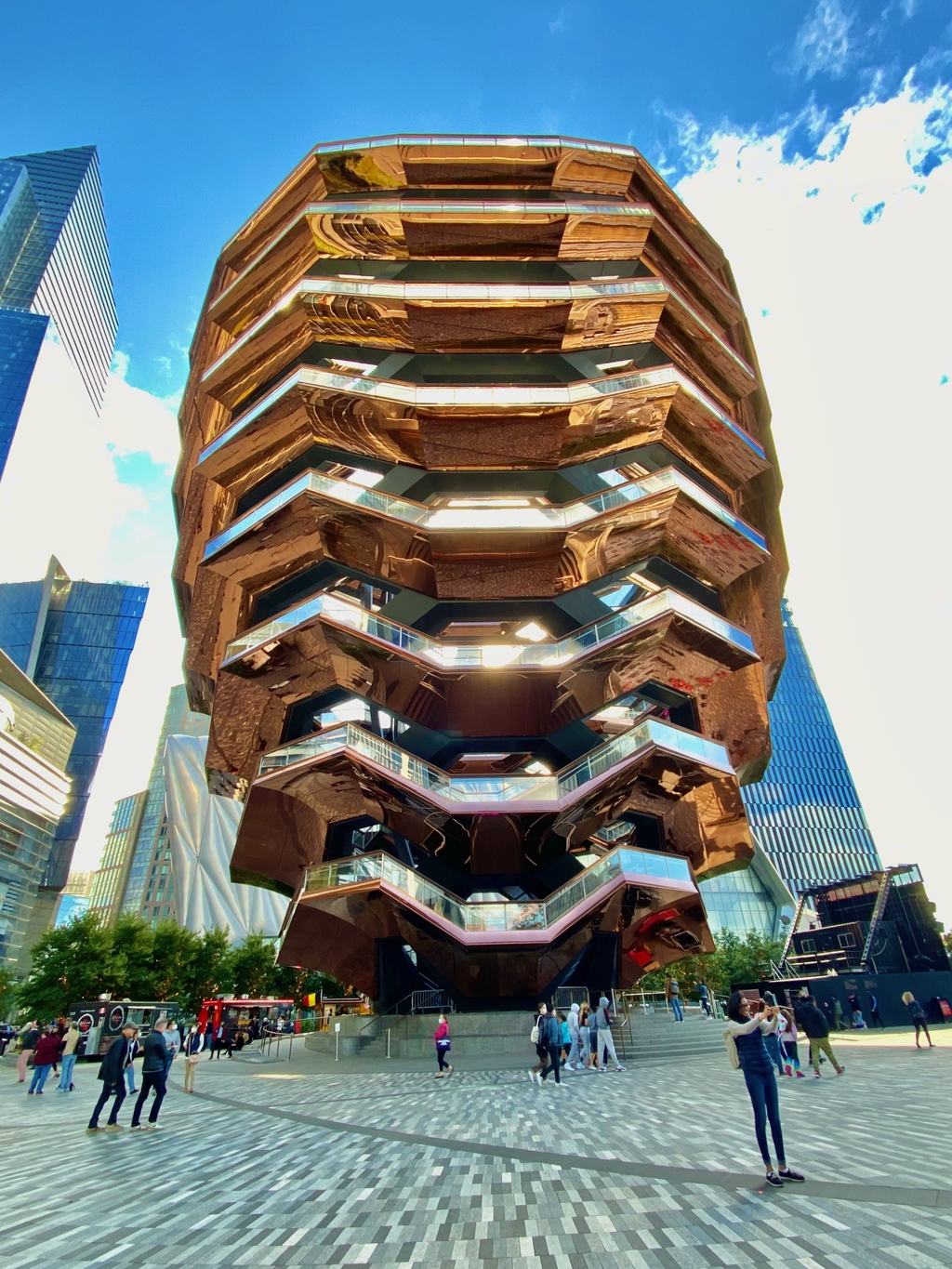 With 154 interconnecting flights of stairs, the Vessel is sure an unusual creation, but definitely a sight to behold. 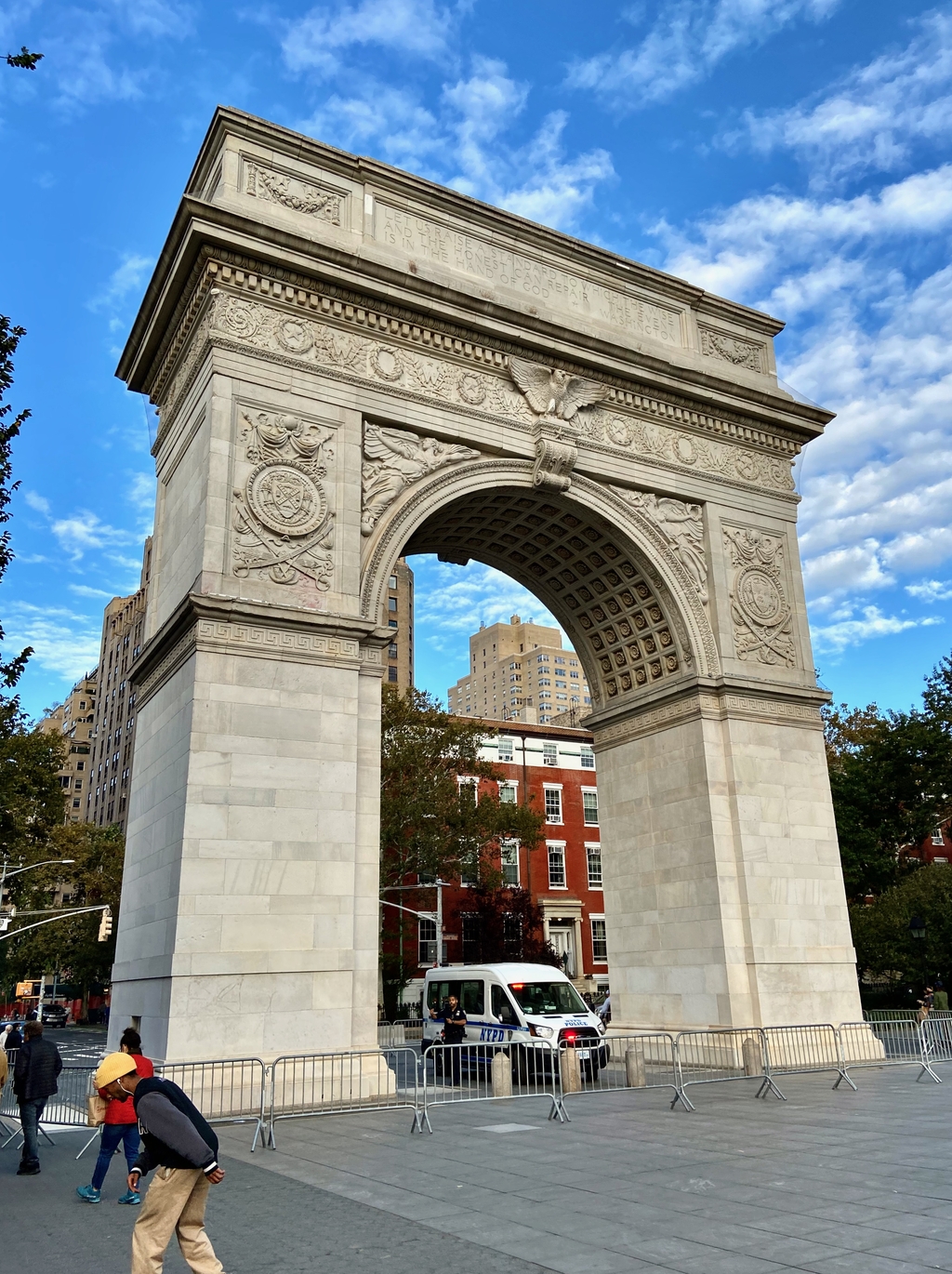 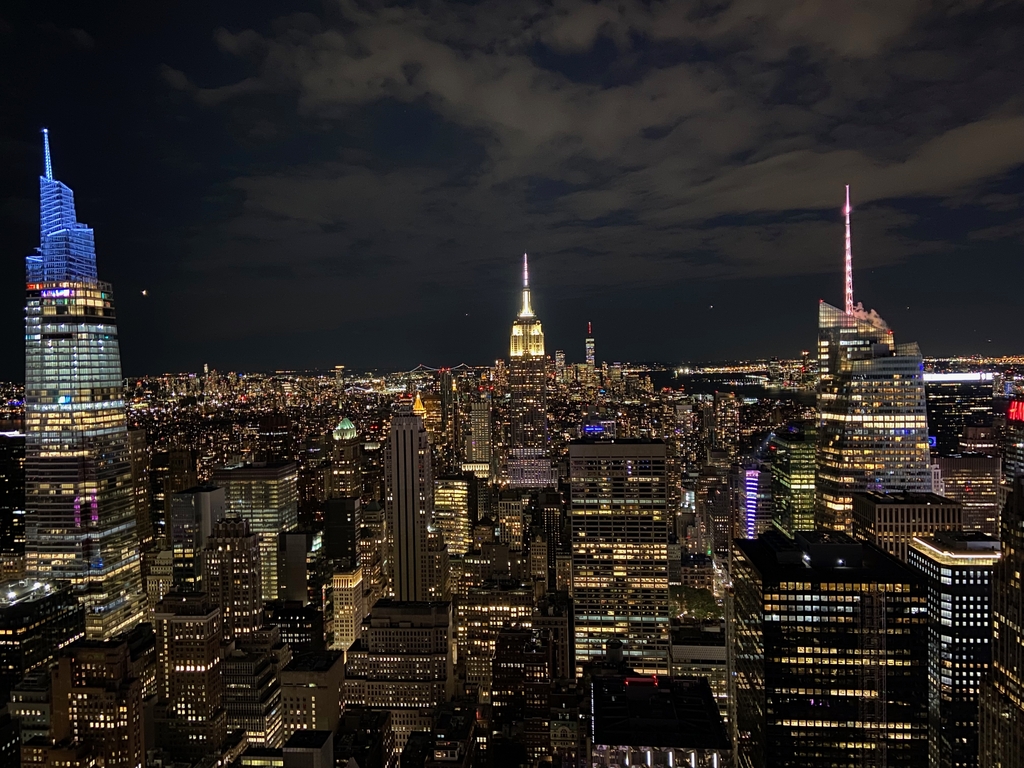 Soaring 70 floors above the city, Top of the Rock’s panoramic sights make it the ultimate observation deck in NYC, offering unobstructed views of the city skyline. Was another major bucket list item and was totally worth it <3

Had a super tough to condense the jam packed and unforgettable trip in less than a minute! 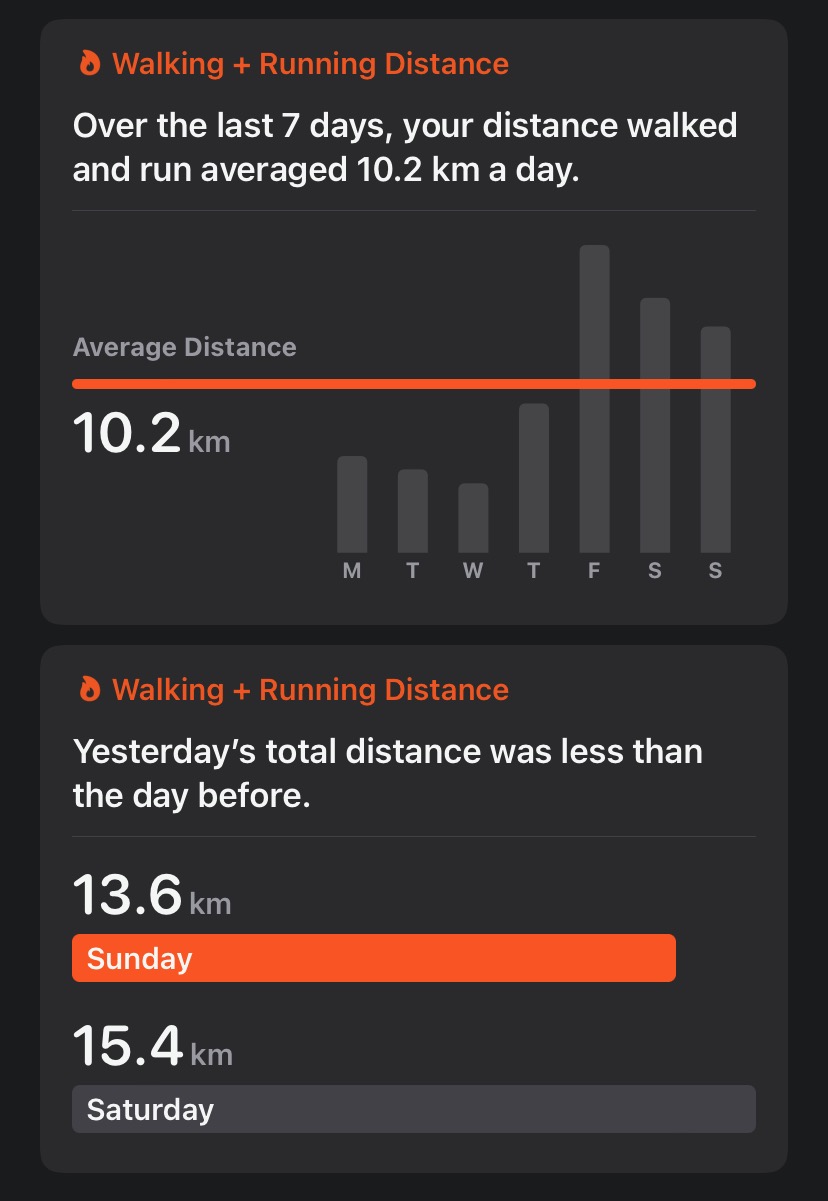 My excitement about visiting to NYC is summarized by this walking stat over 50kms across manhattan! 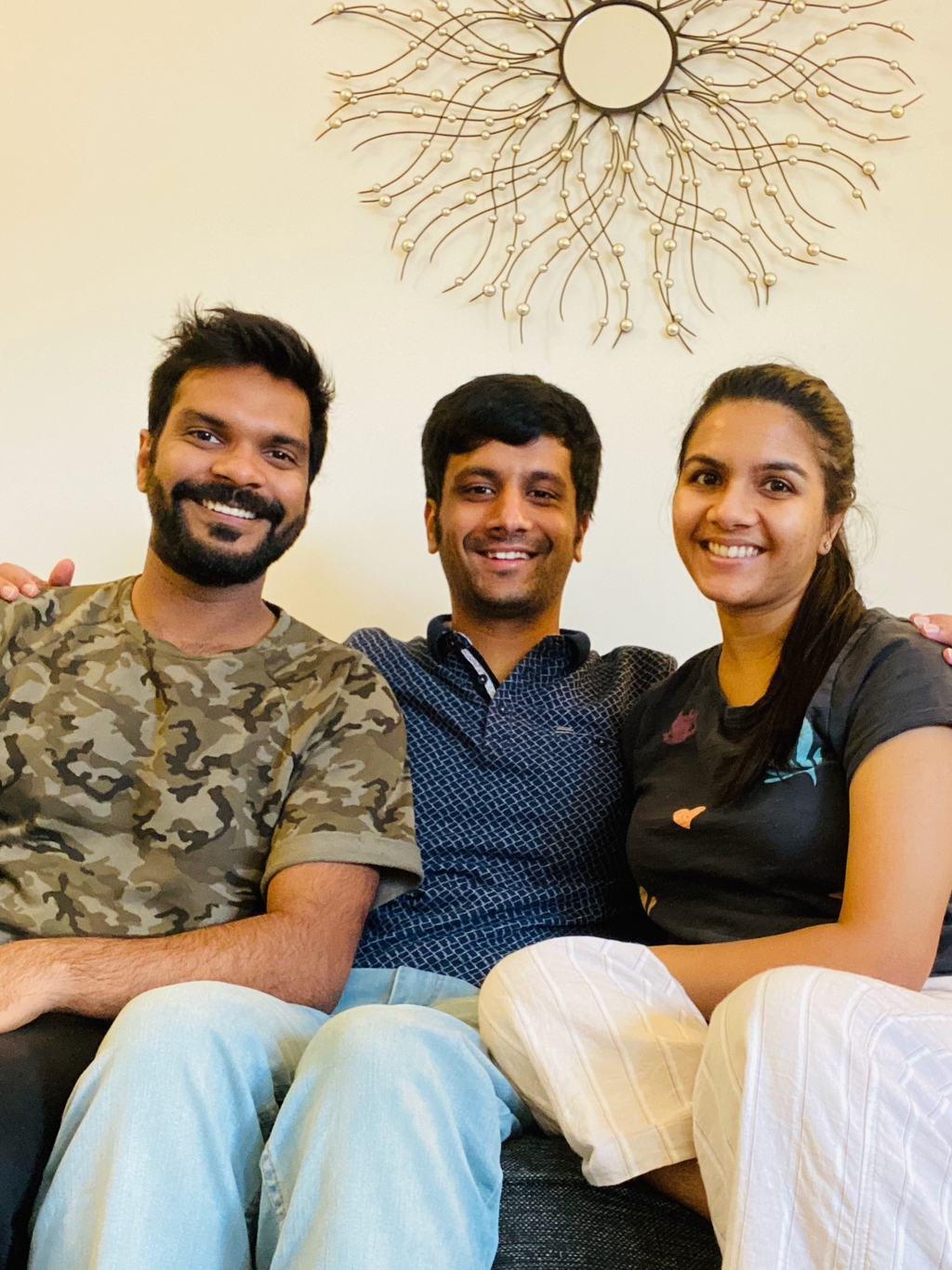 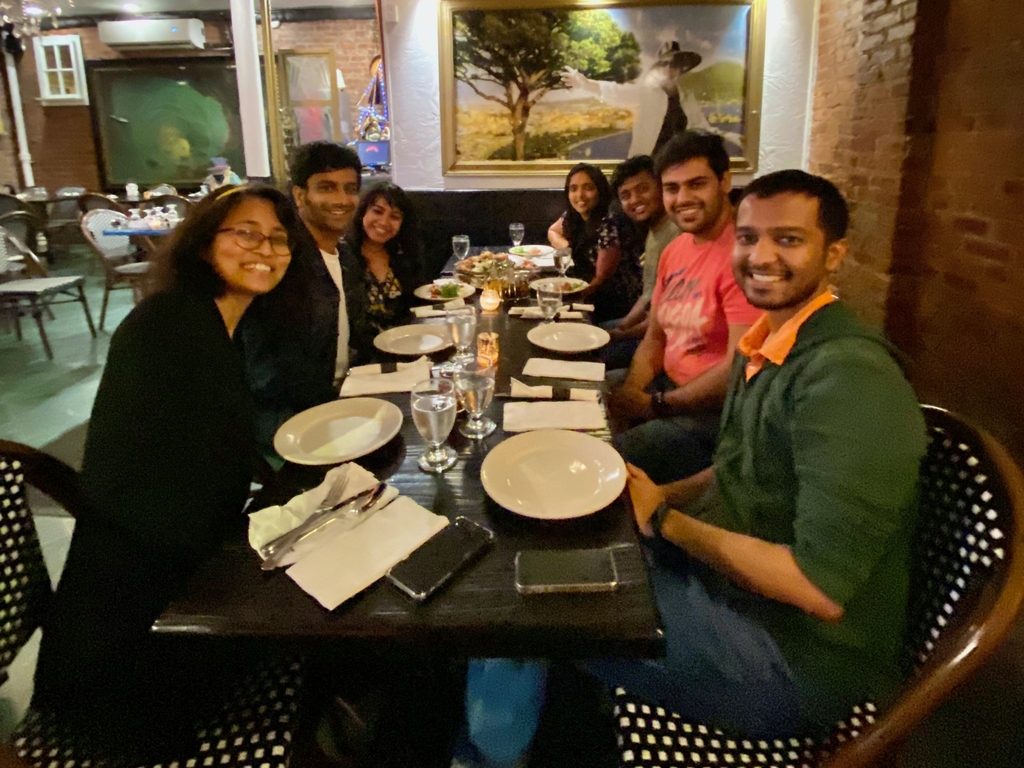