Lake Powell, AZ, USA - May 30, 2021
View as slideshow
The Antelope Canyon is arguably one of the most famous slot canyons in the world. The incredible canyon has been created over millions of years by the relentless forces of water and wind, slowly carving and sculpting the sandstone into forms, textures, and shapes which we observe today 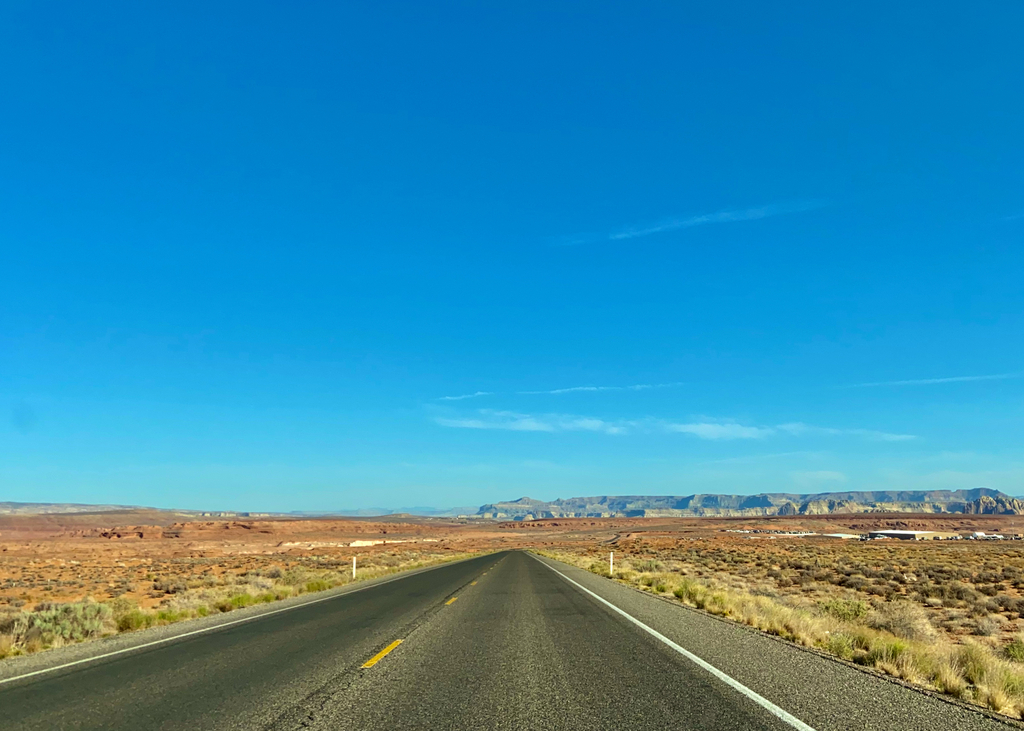 Starting the trip to the canyon which you can see in the background. The area, however, comes under Navajo Nation (an Indigenous American territory) which was closed for tourism because of COVID :(. 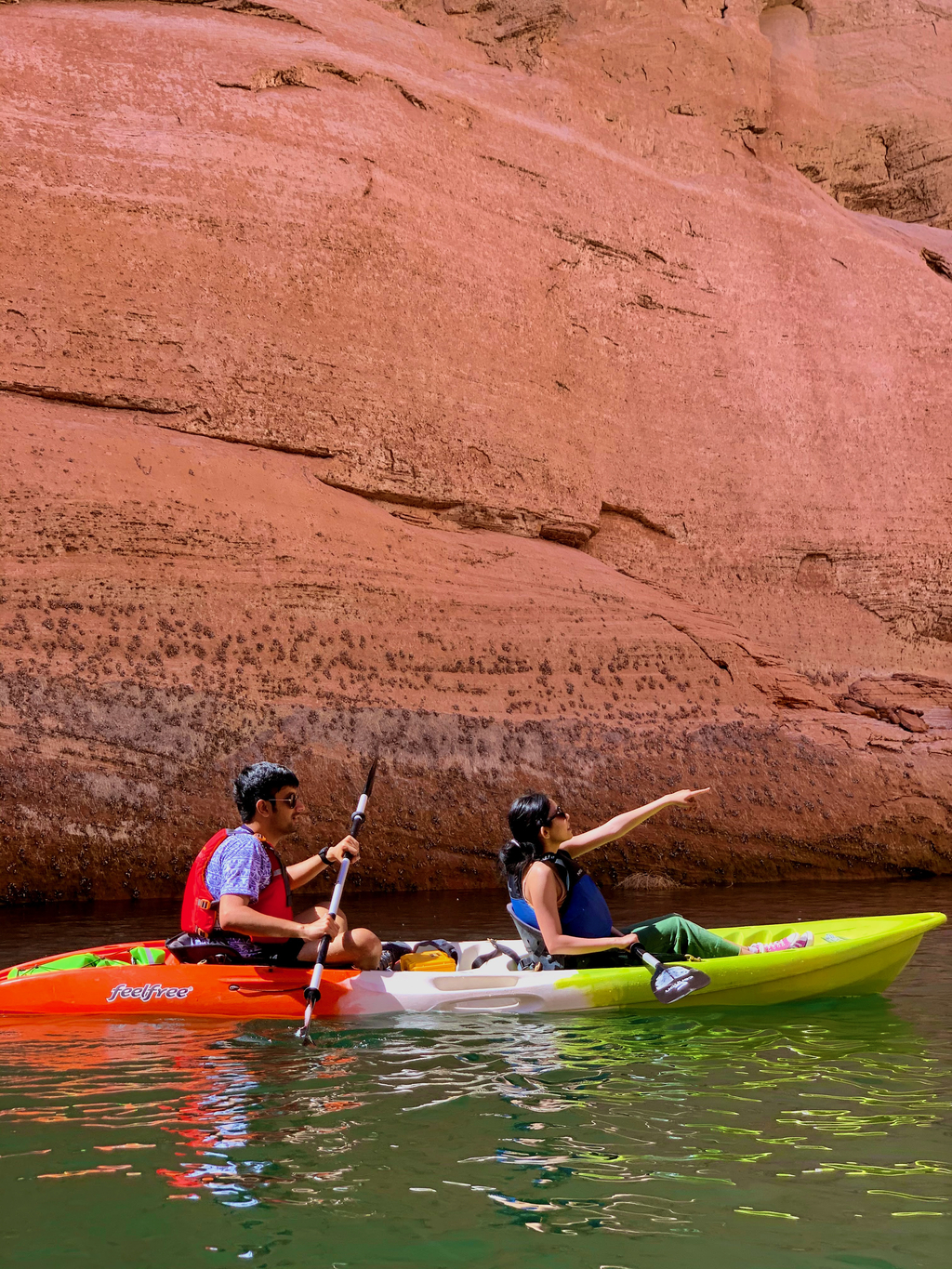 So we found a hack to visit the area - KAYAK through the canyon instead of hiking! Let's go there? 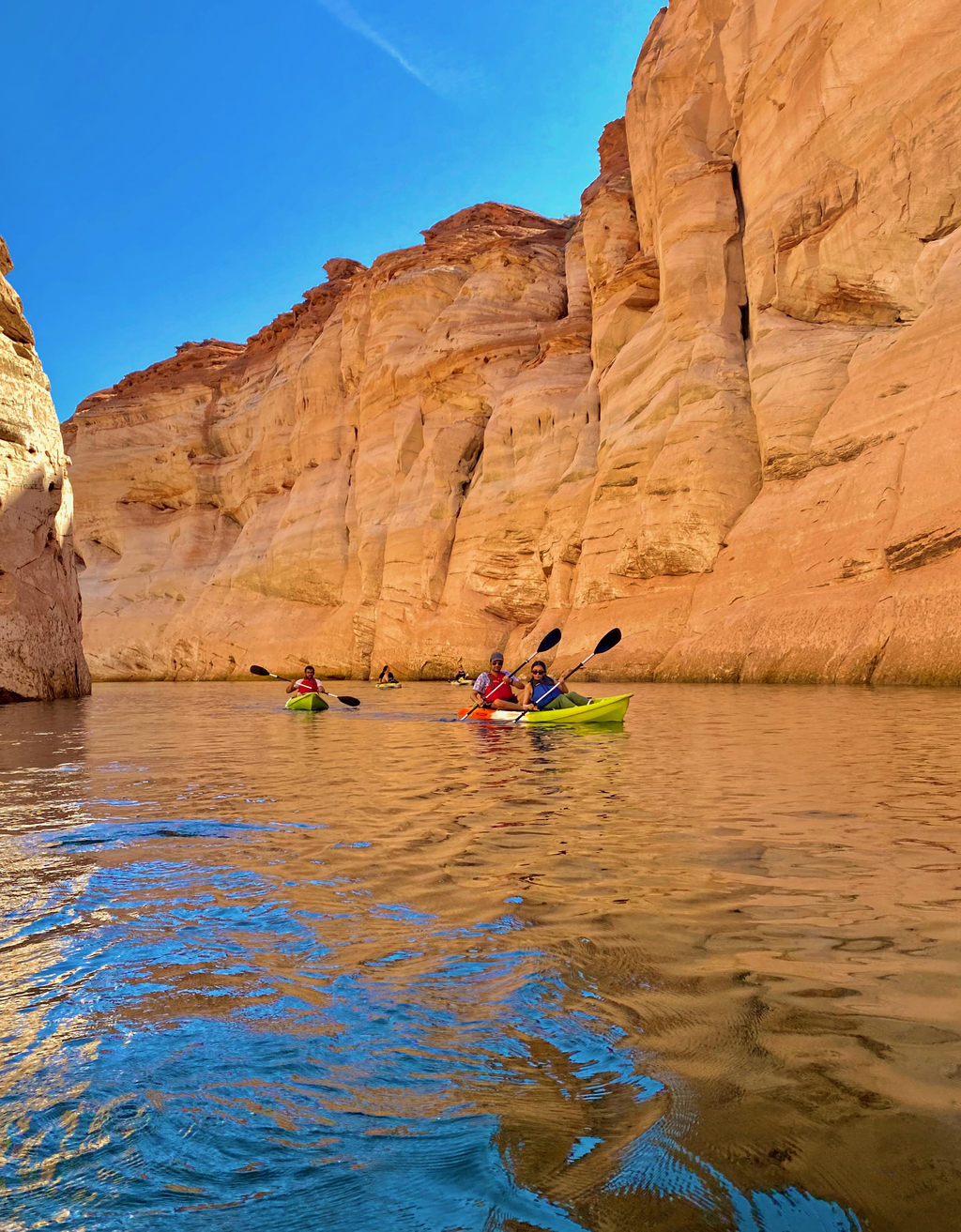 The key to kayaking such long distances is synchronization!

The Navajo name for the Upper Canyon, which we visited, is Tsé bighánílíní, which means "the place where water runs through rocks." This is apt, as the canyon was formed mainly by flash floods running through the Navajo sandstone.

It was the first time, I was kayaking ever in my life and that too in the waters of a famous canyon? Am i spoilt for life?

Recent obsession with reels in the most photographed canyon 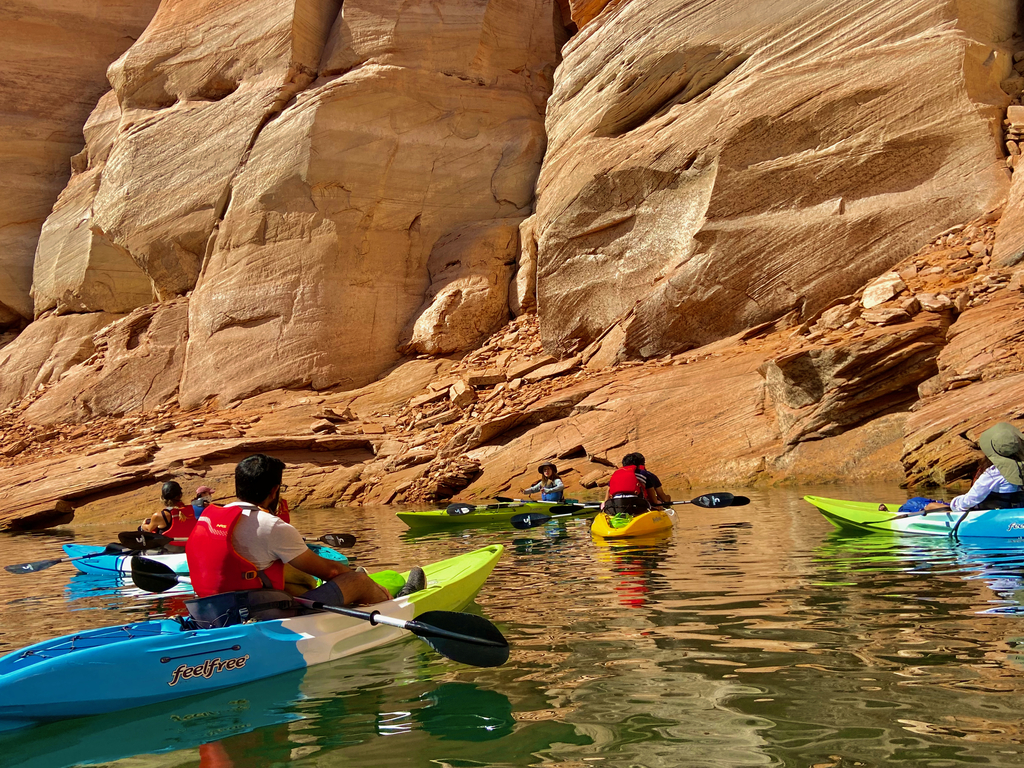 The guided Kayak tour was also very knowledgable and we learnt that the canyon is believed to have received its name from the herds of pronghorns, Antilocapra americana, that once grazed along the canyon's rim during the winter months 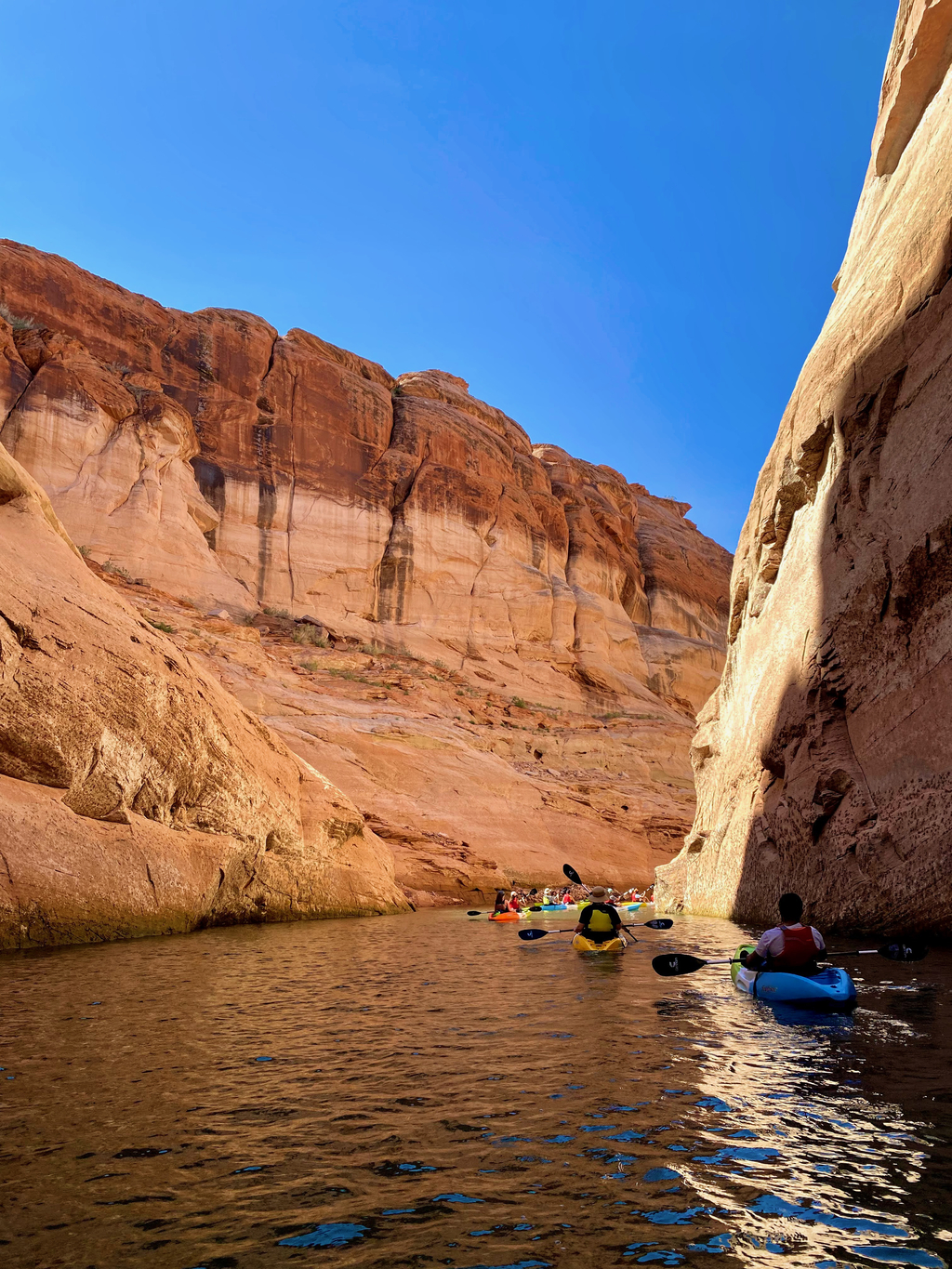 The nation's second largest man-made lake powell, has been reaching historically low levels - revealing long-drowned side canyons which can be seen in different colors. 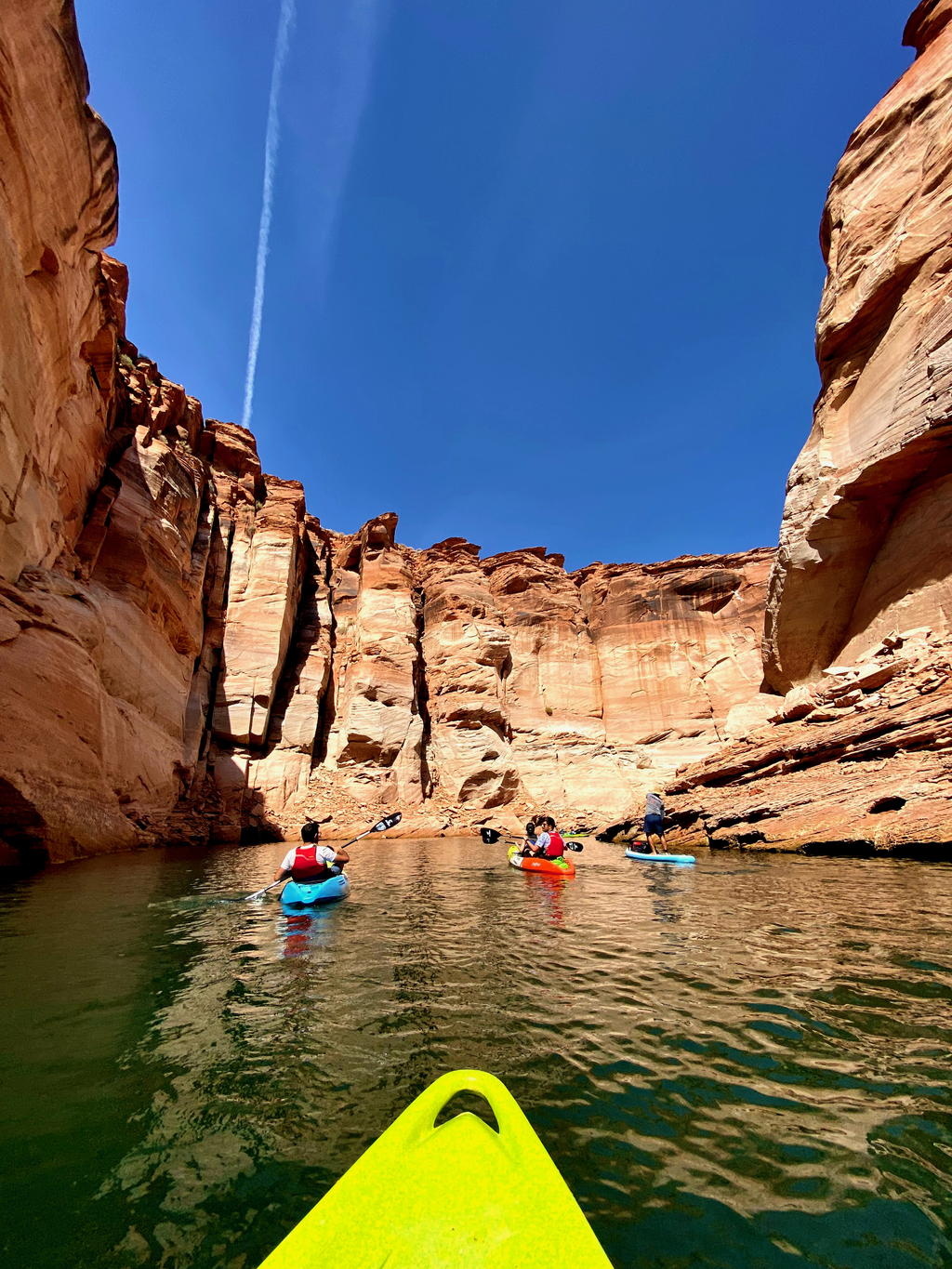 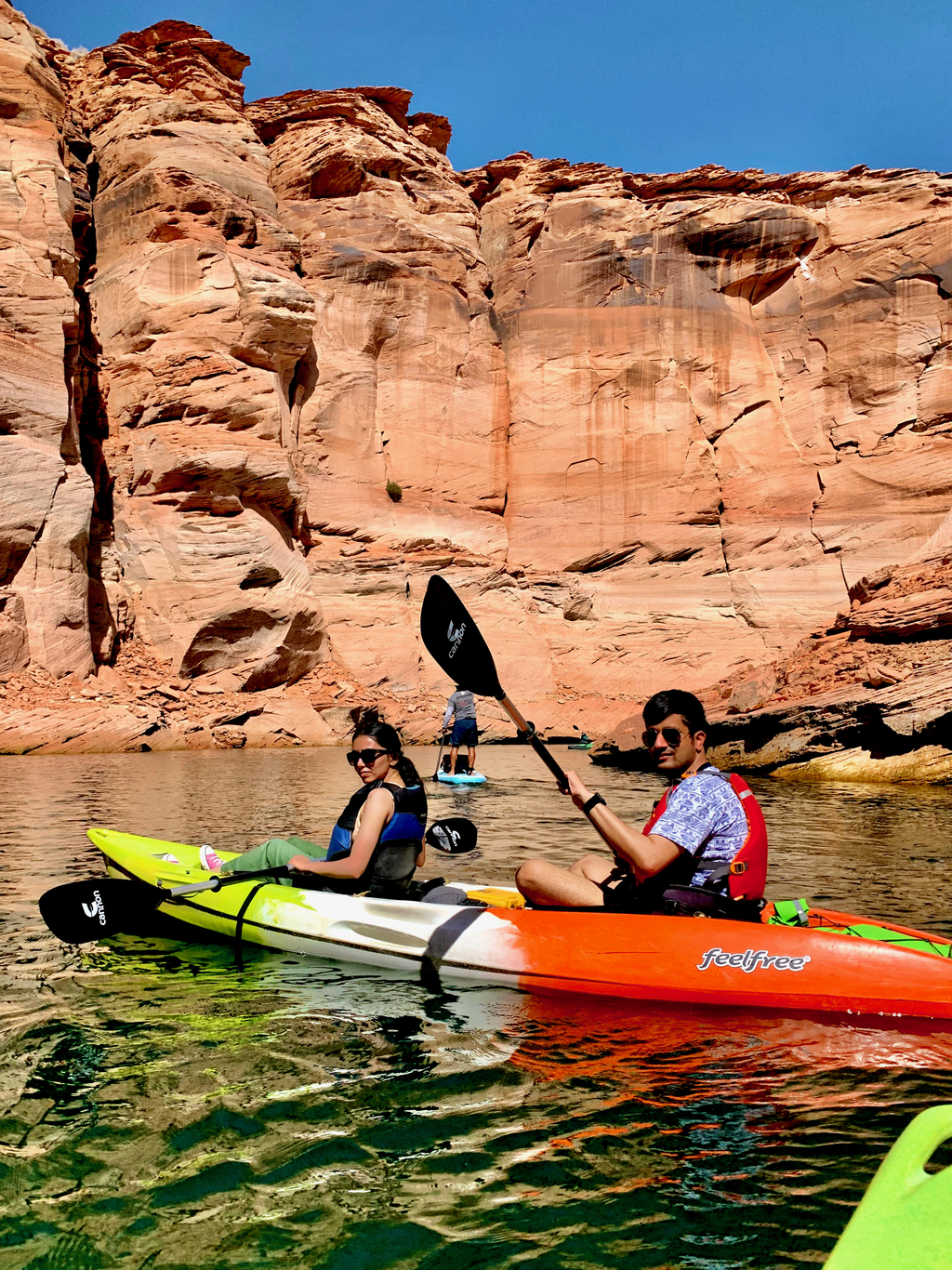 Last photo-op in our tri-color kayak .... 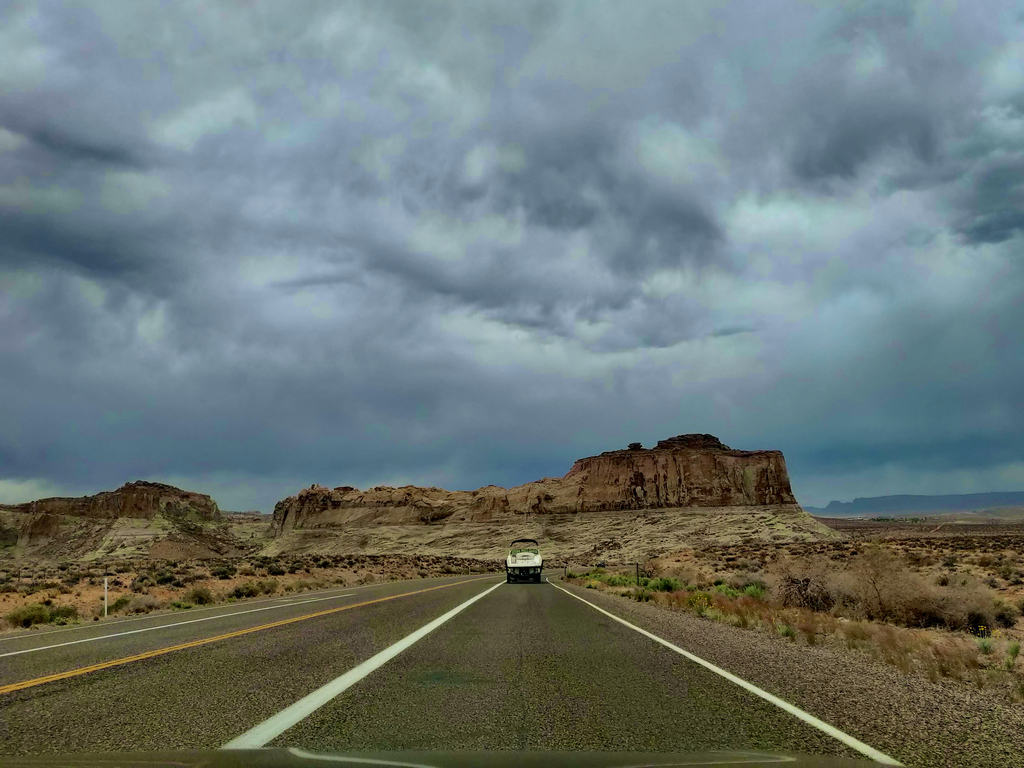 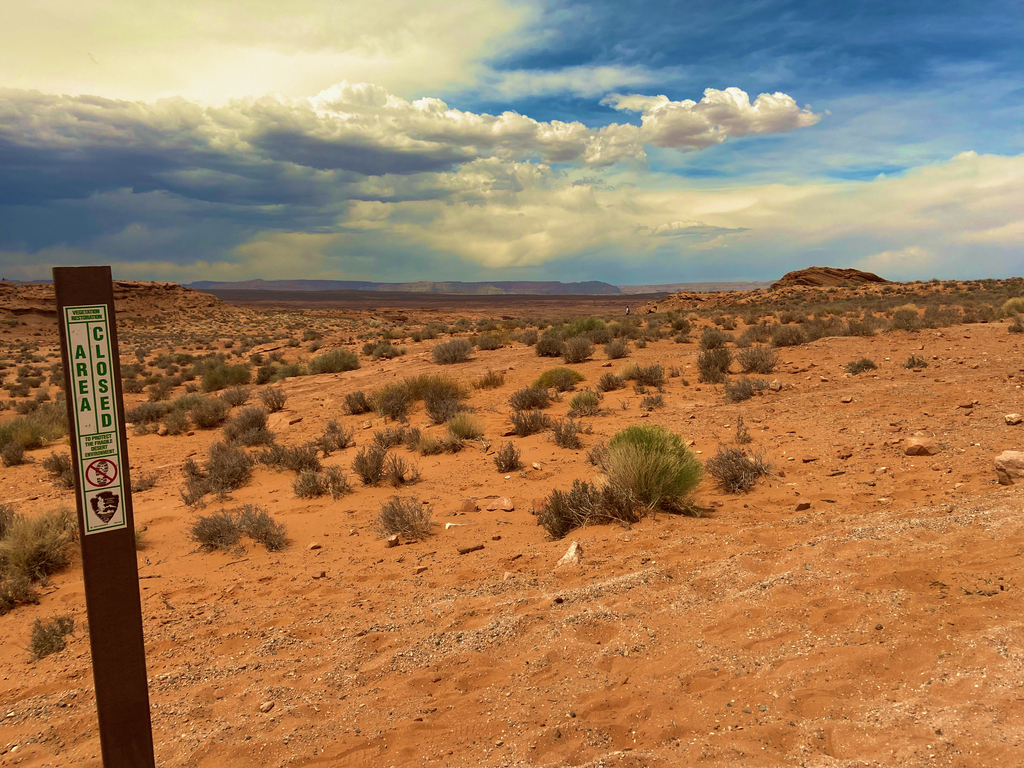 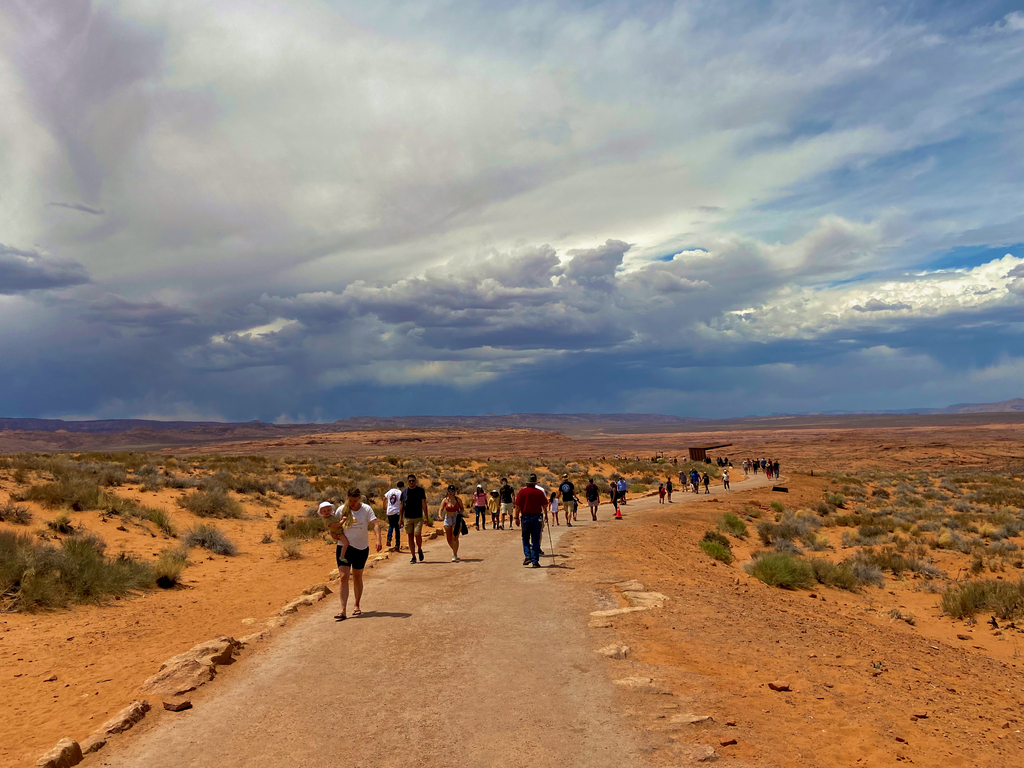 If you ignore the human made road, the landscape totally looked like hiking through the red planet 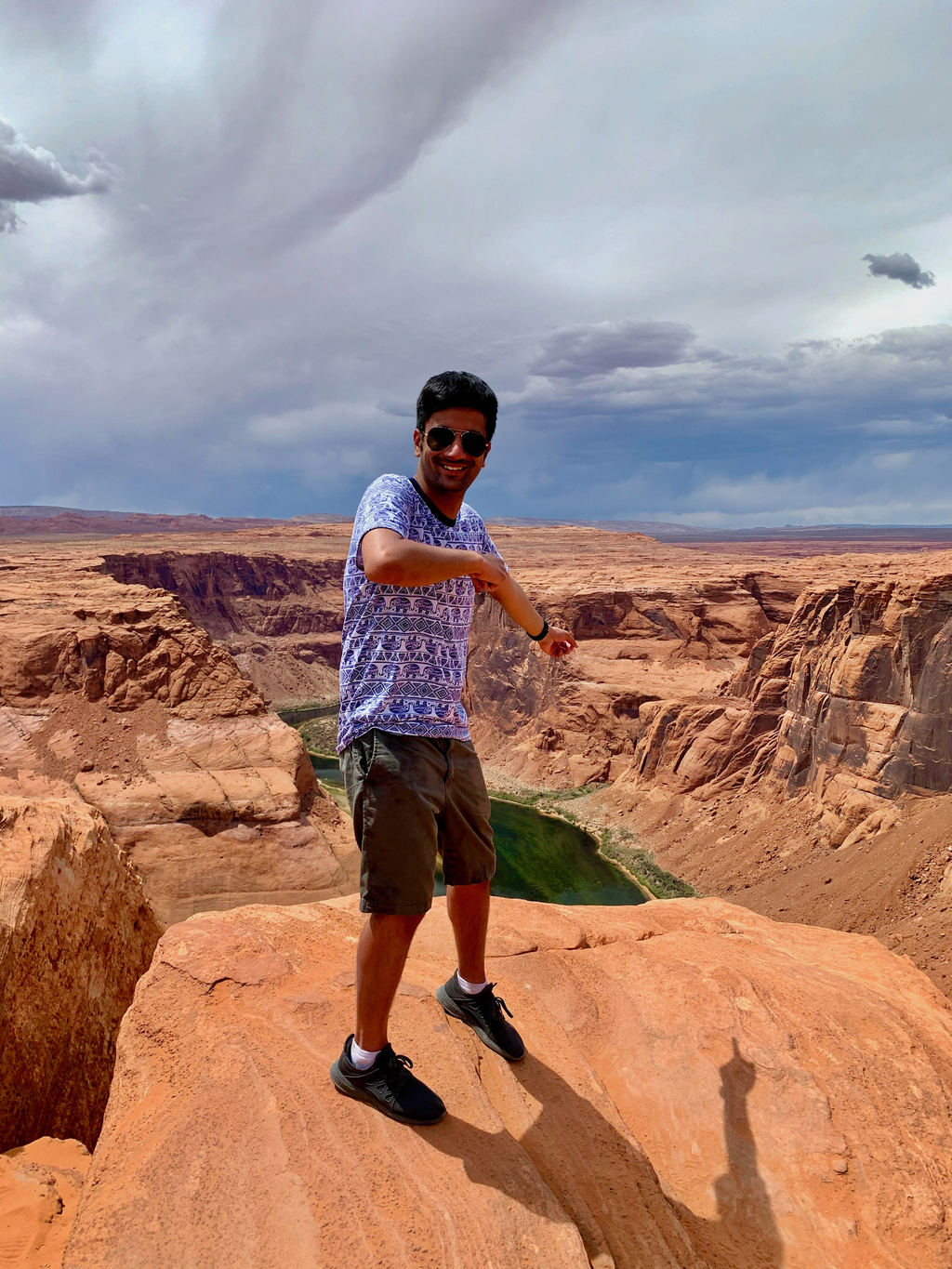 Look there is the famous IG spot Horseshoe Bend. It is a horseshoe-shaped incised meander of the Colorado River. It is a classic and spectacular example of water following its natural path of least resistance. Mind boggling :x 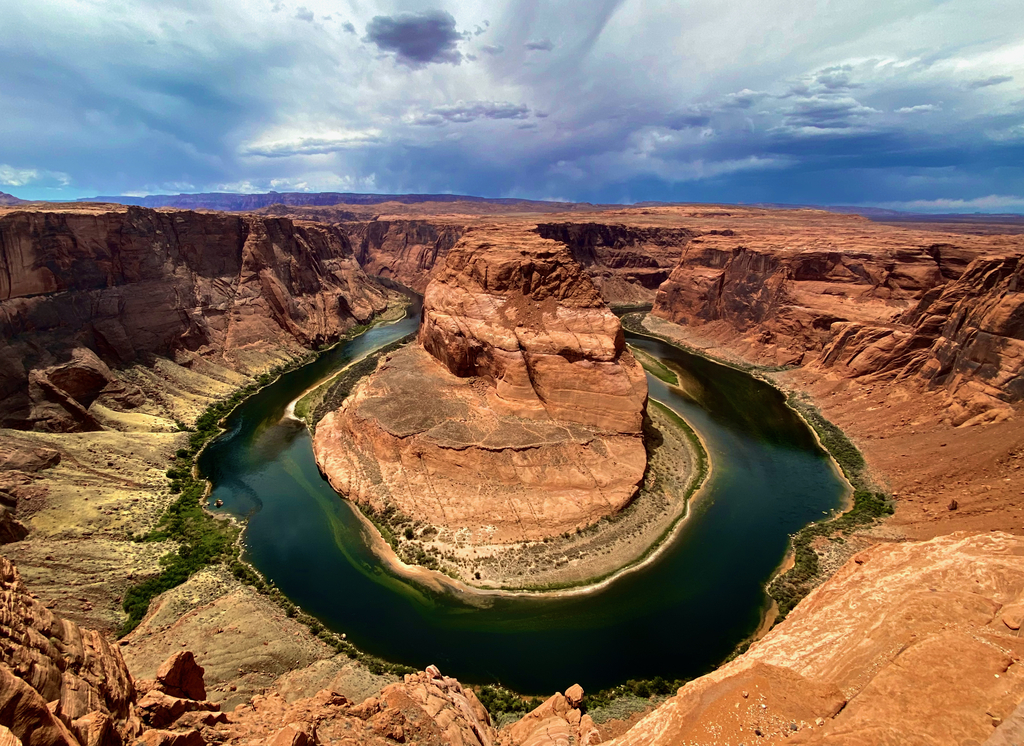 The sheer cliff rock walls are made of dense Navajo sandstone and act as a natural barrier to the river flow, forcing the waters of the Colorado River to make a sharp turn and travel through softer rock 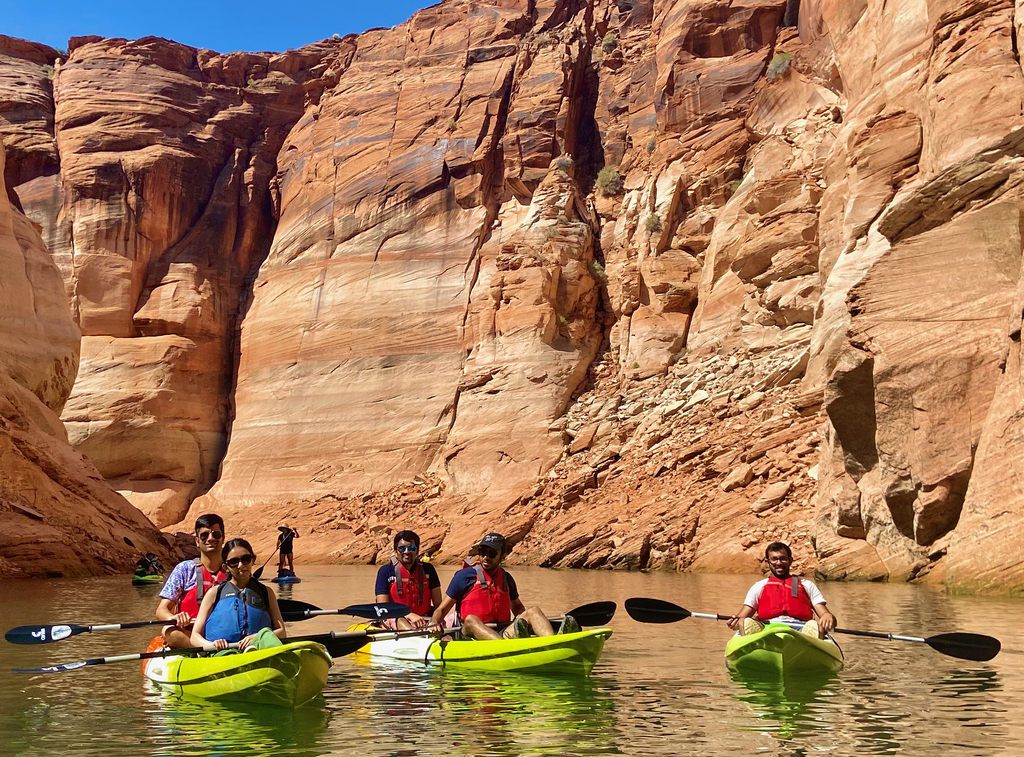