Agra + Fatehpur Sikri, India - January 04, 2021
View as slideshow
The capital of the Mughal Empire, the glorious city of Agra is less than 3 hours drive from Delhi, and made the perfect destination for a weekend getaway with extended family. The first time in my 25 years of existence, when EVERYONE went on a trip together - missing no one! 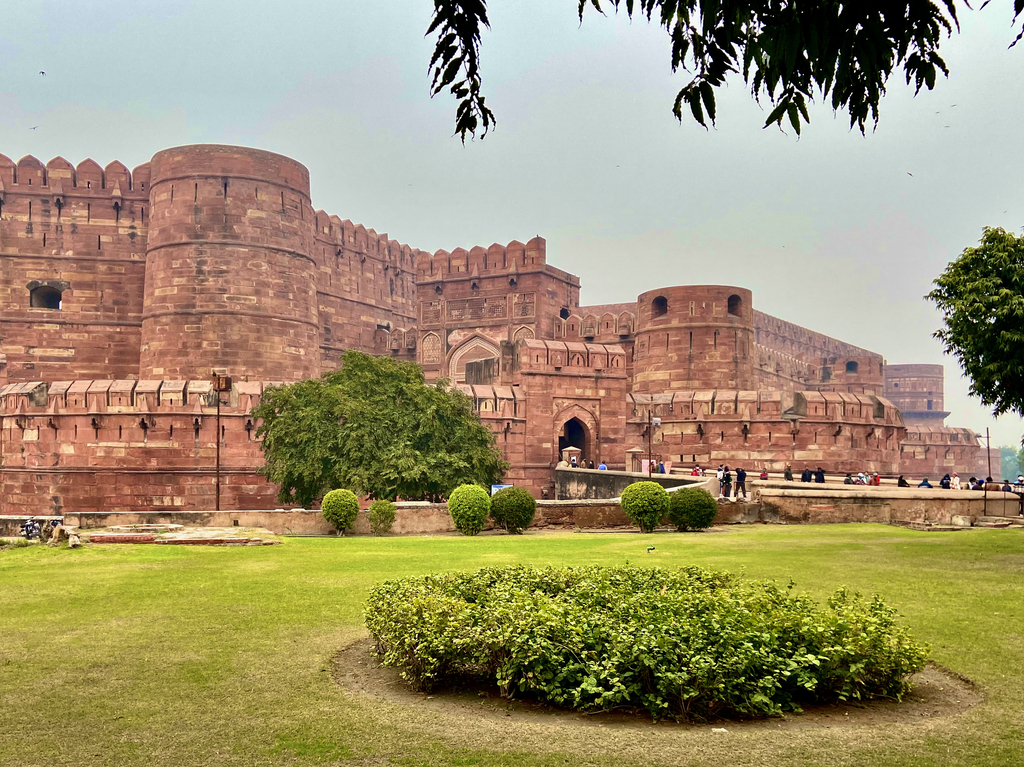 I was in India after more than 18 months, so as a tourist where is the first place you go? AGRA and Taj - one of the new 7 wonders of the world! 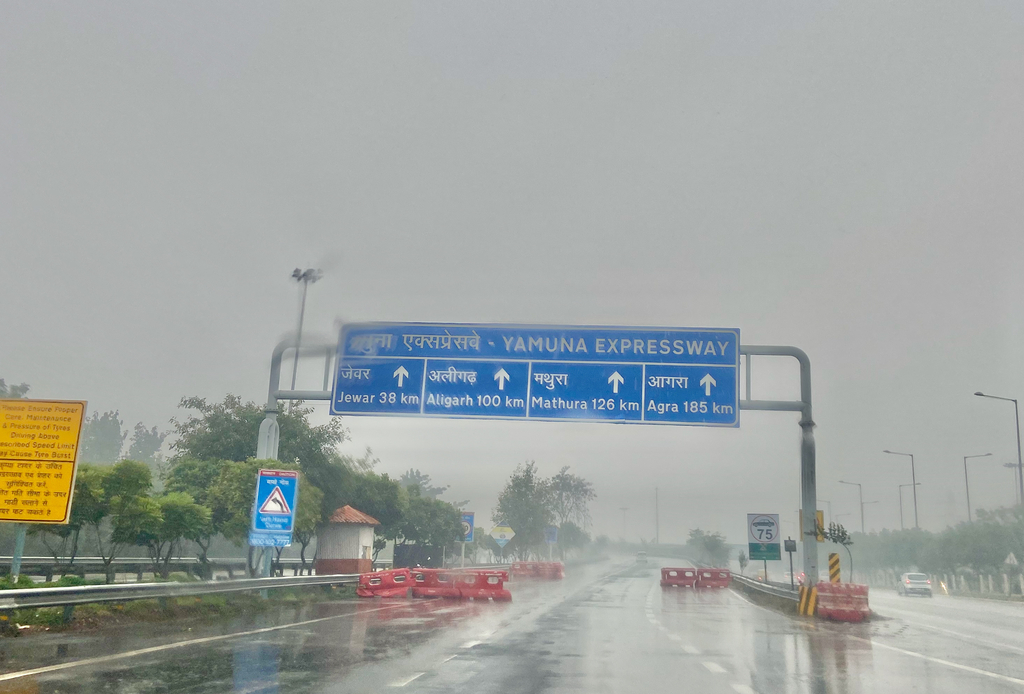 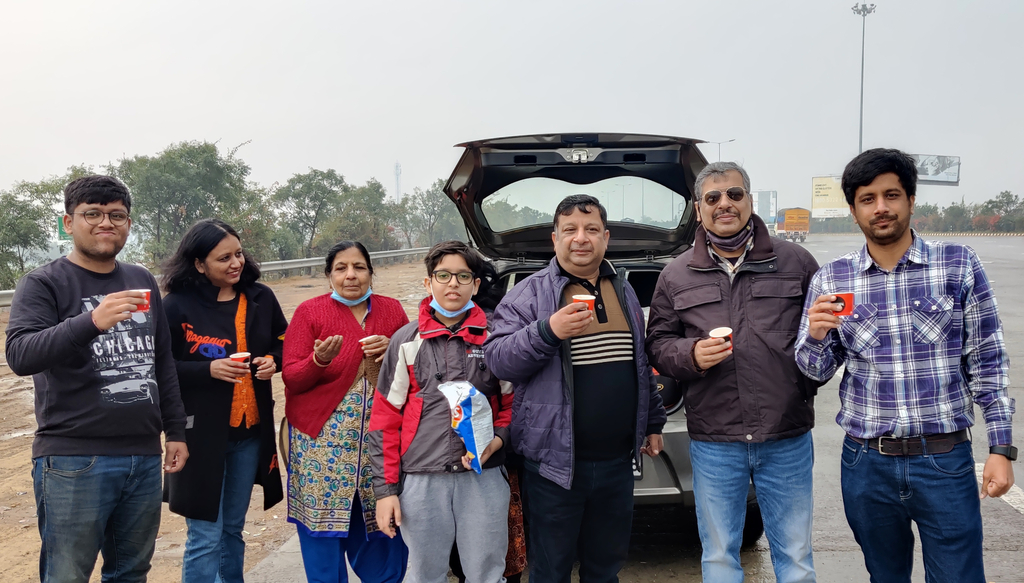 Home made chai pit stops to the first stop in the trip: Agra fort - one of the finest Mughal buildings in the country! 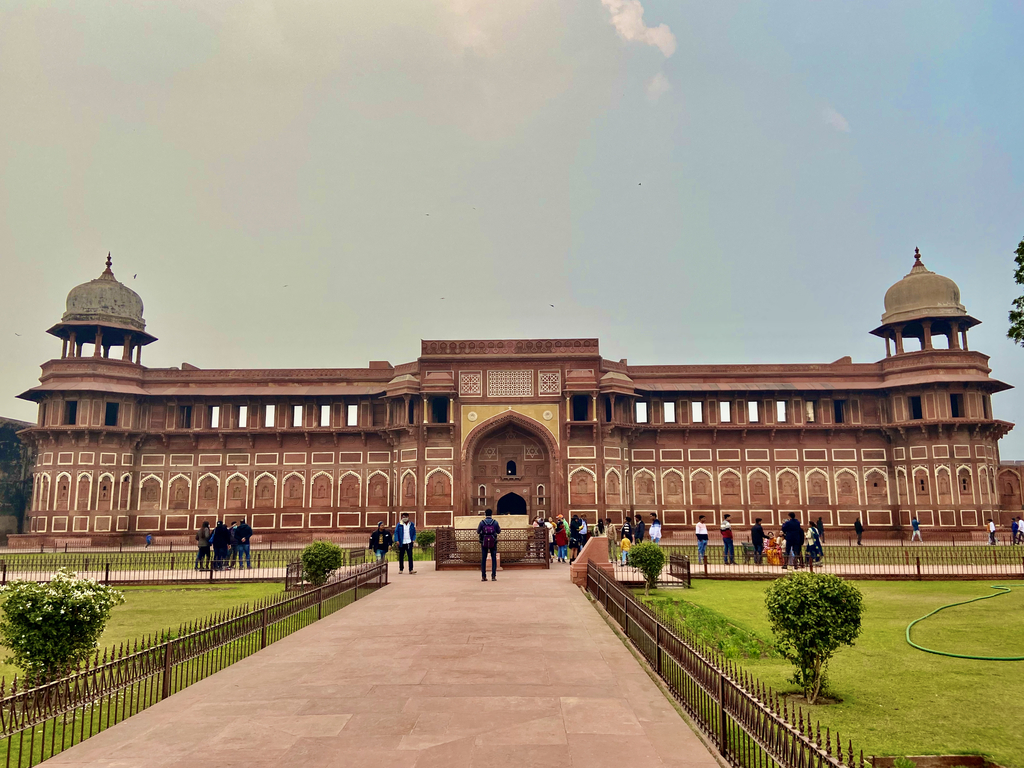 One of the most noteworthy building inside the Agra Fort is Jahangiri Mahal. You can also see Hauz-i-Jahangiri that is carved out of a single piece of stone which was used to bath Jahangir! 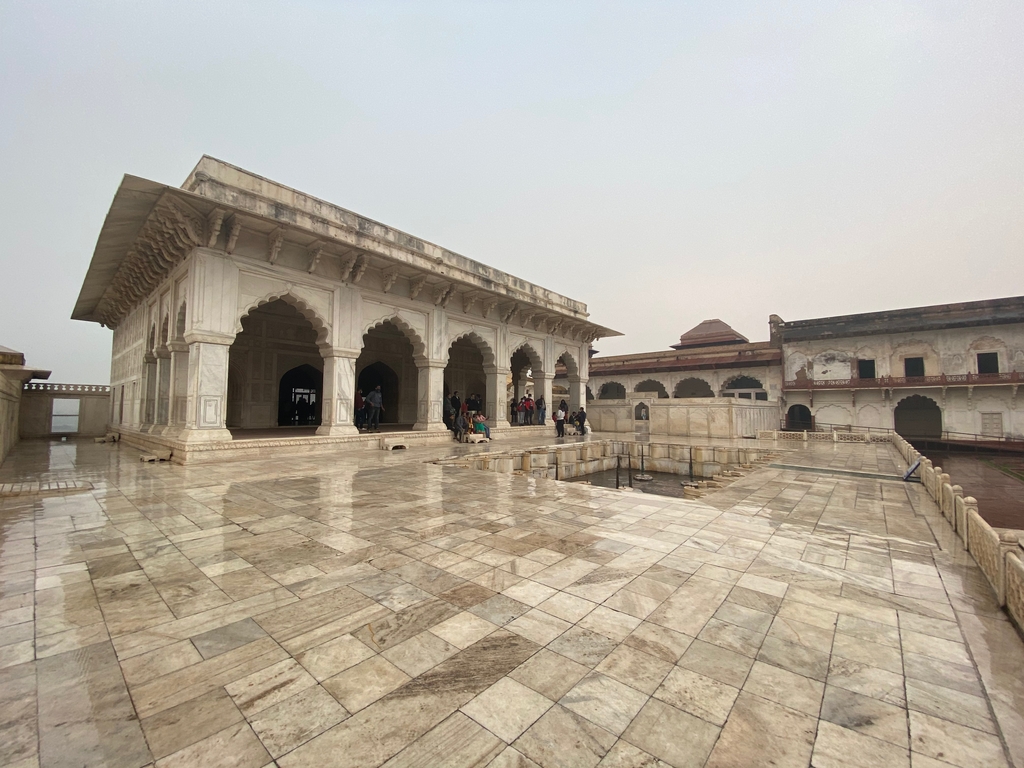 Diwan-i-Khas which was famous for the presence of the celebrated Takht-i-Taus (Peacock Throne) which was later shifted to Delhi's Red Fort. 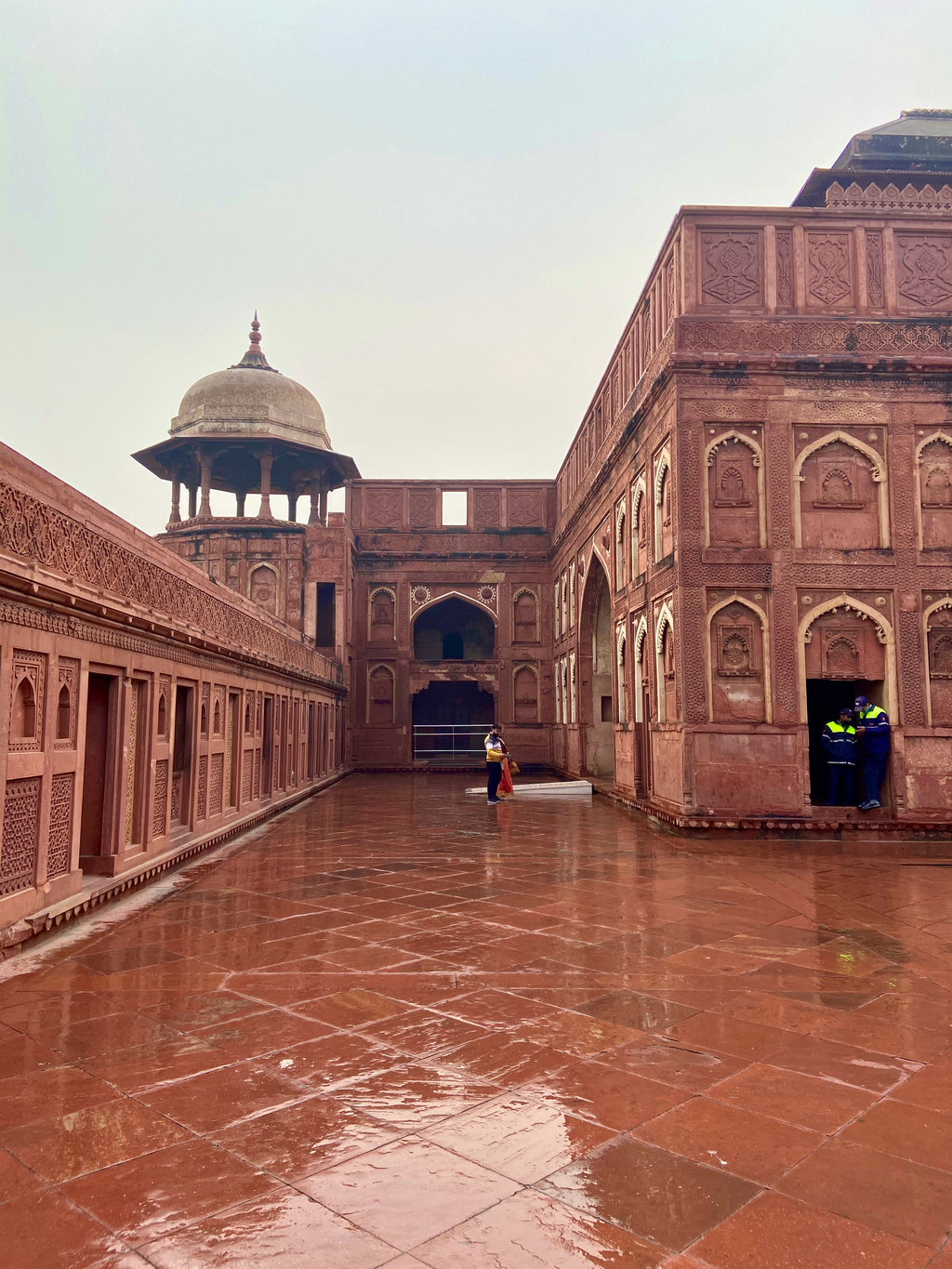 The Shahjahani Mahal of Agra fort, is the earliest attempt of the Mughal king Shah Jehan to convert an existing Red Stone building in accordance with his taste with use of white marble. 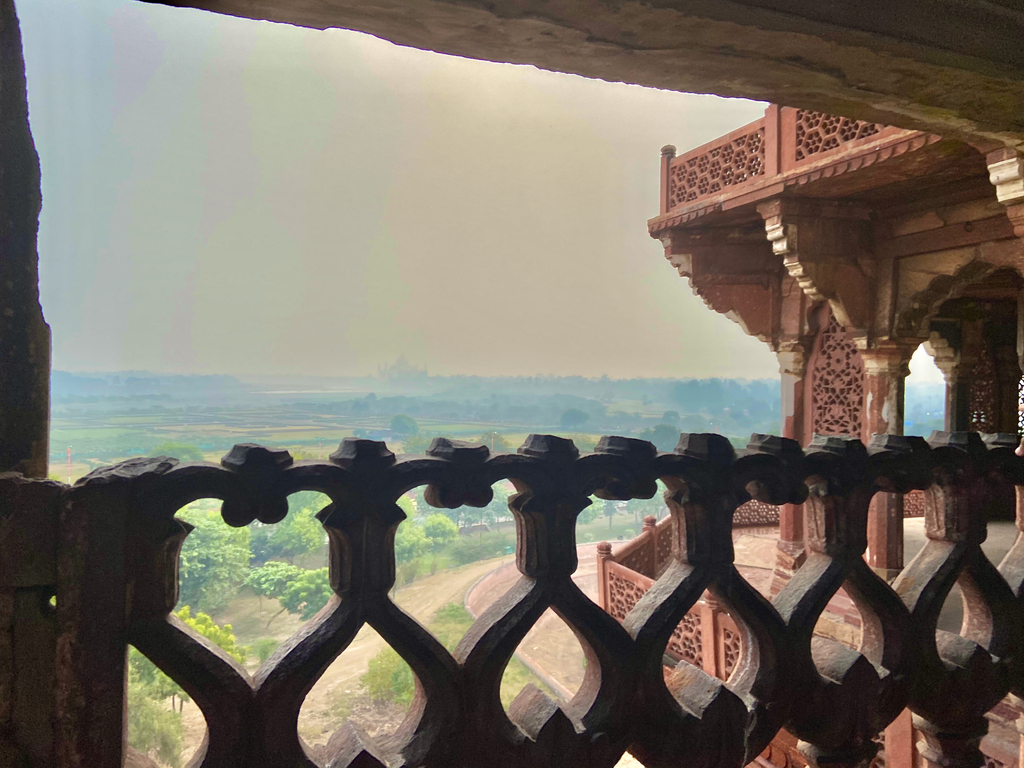 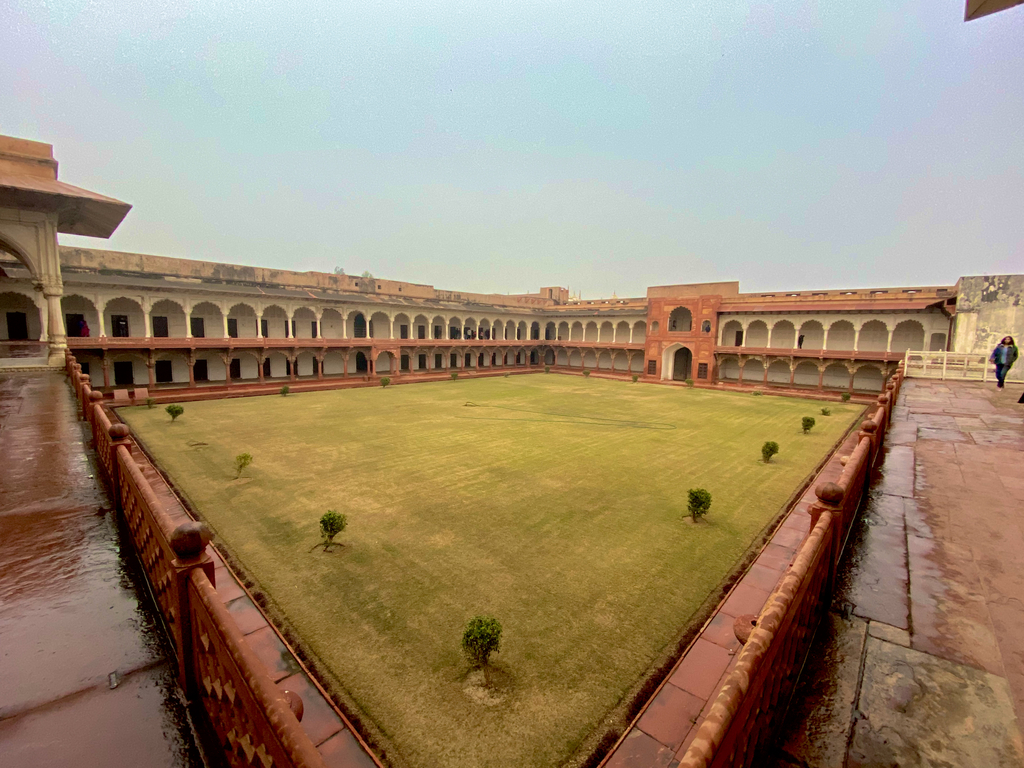 A peculiar feature of Mughal architecture was grand courtyards ... 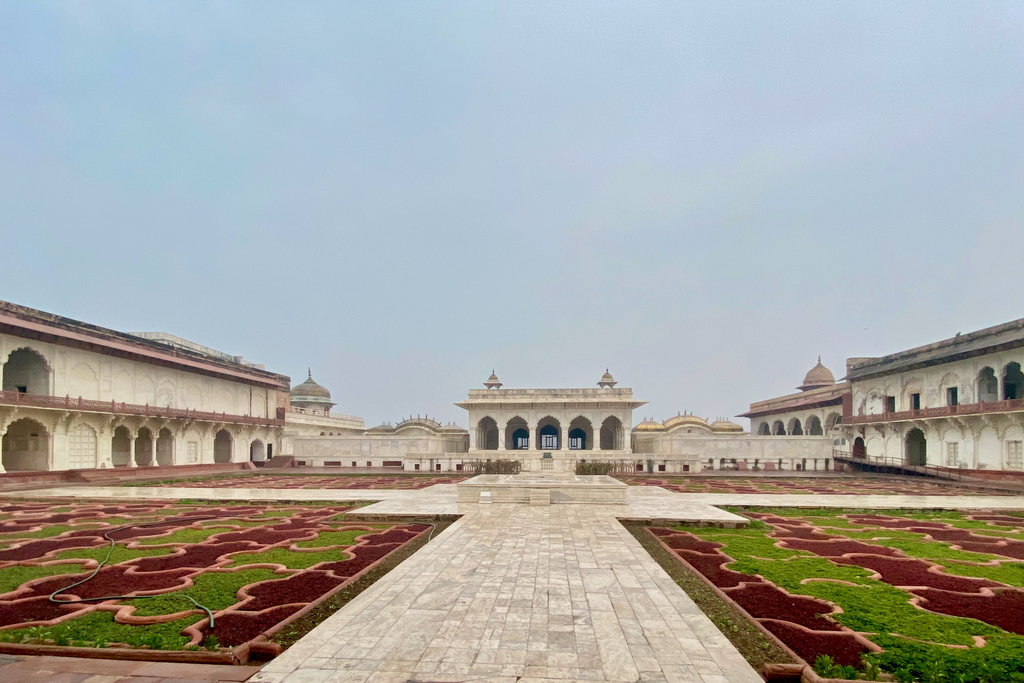 ... and some like Anguri Bagh more special than the other. It houses 85 symmetrical gardens, and was a significant square of the royal ladies for the leisure stroll. Instantly, reminded me of Jodha Akbar 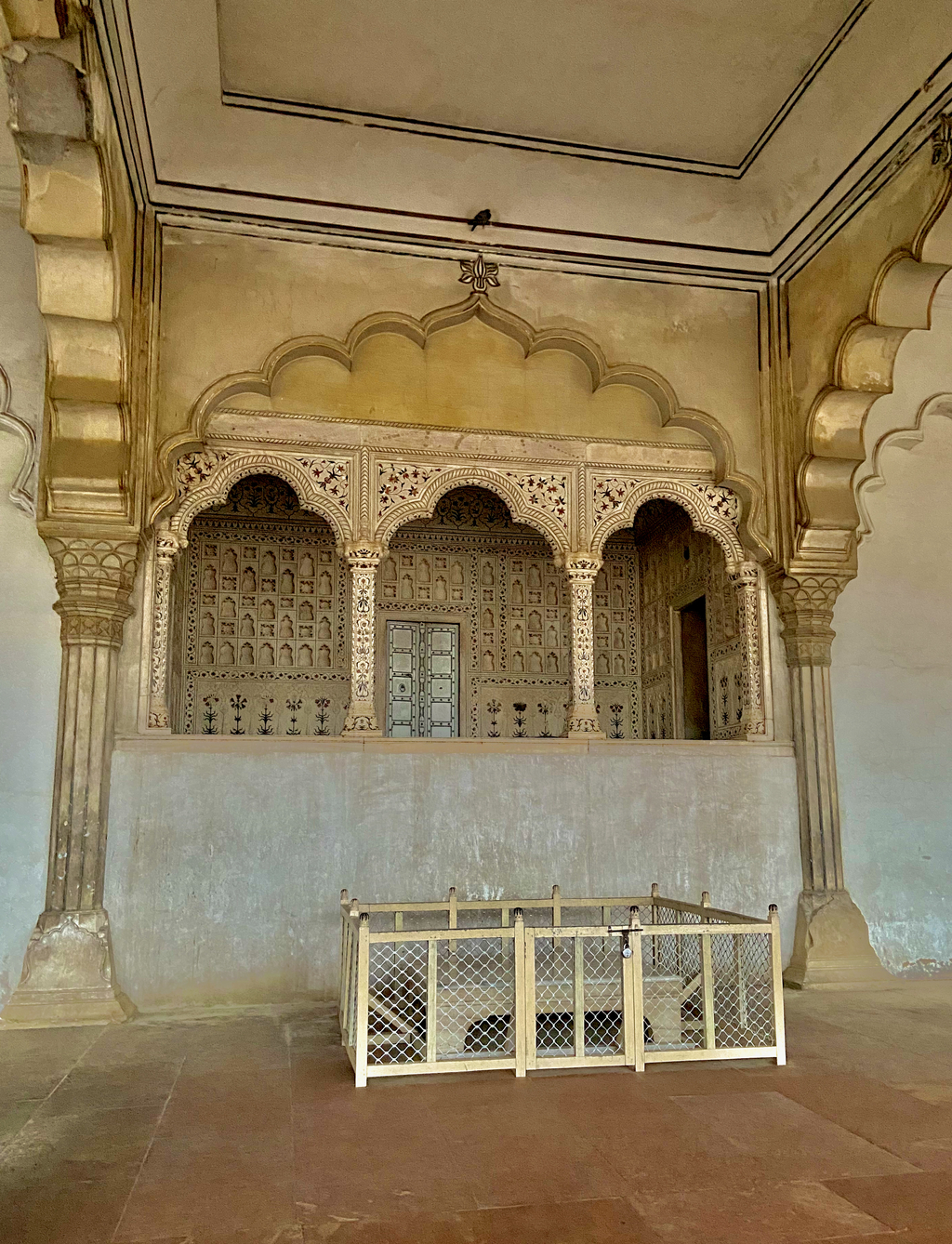 Takht-i-Murassa, the Throne Room and 'Baithak' which was used to serve as the seat for Wazir, who presented petitions to the emperor. 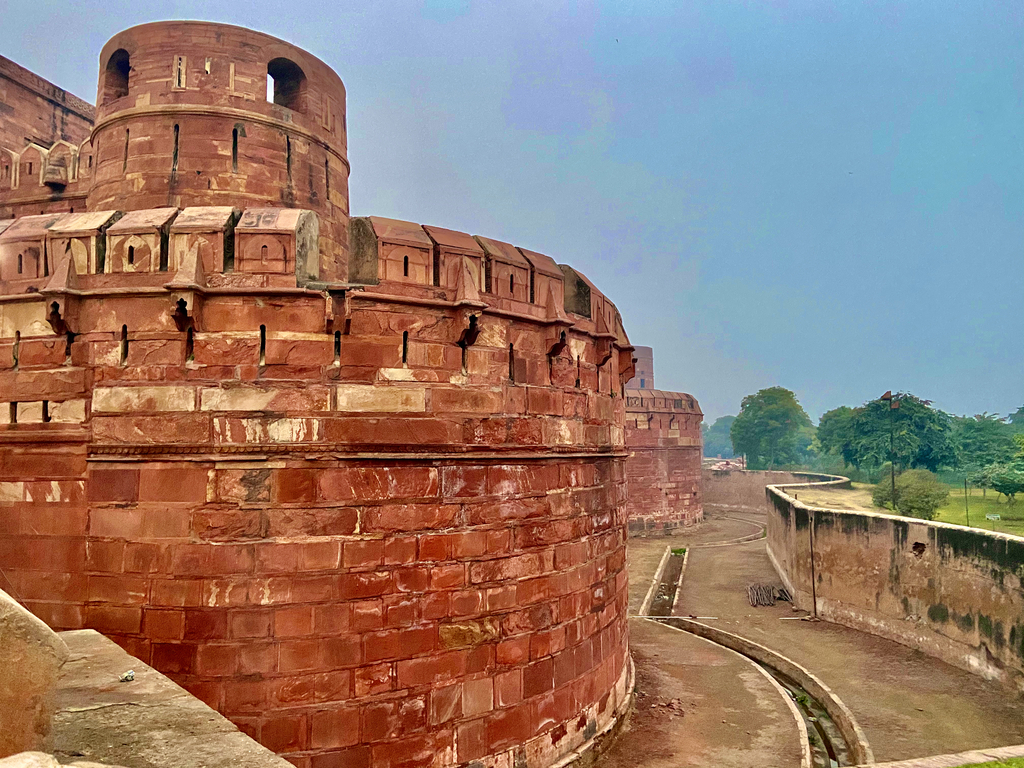 The famous moat which was crocodile-infested and worked as a first line of defence when the fort was in active use by Mughals.

On an onwards with everyone to the second stop which is ... drumrolls ... 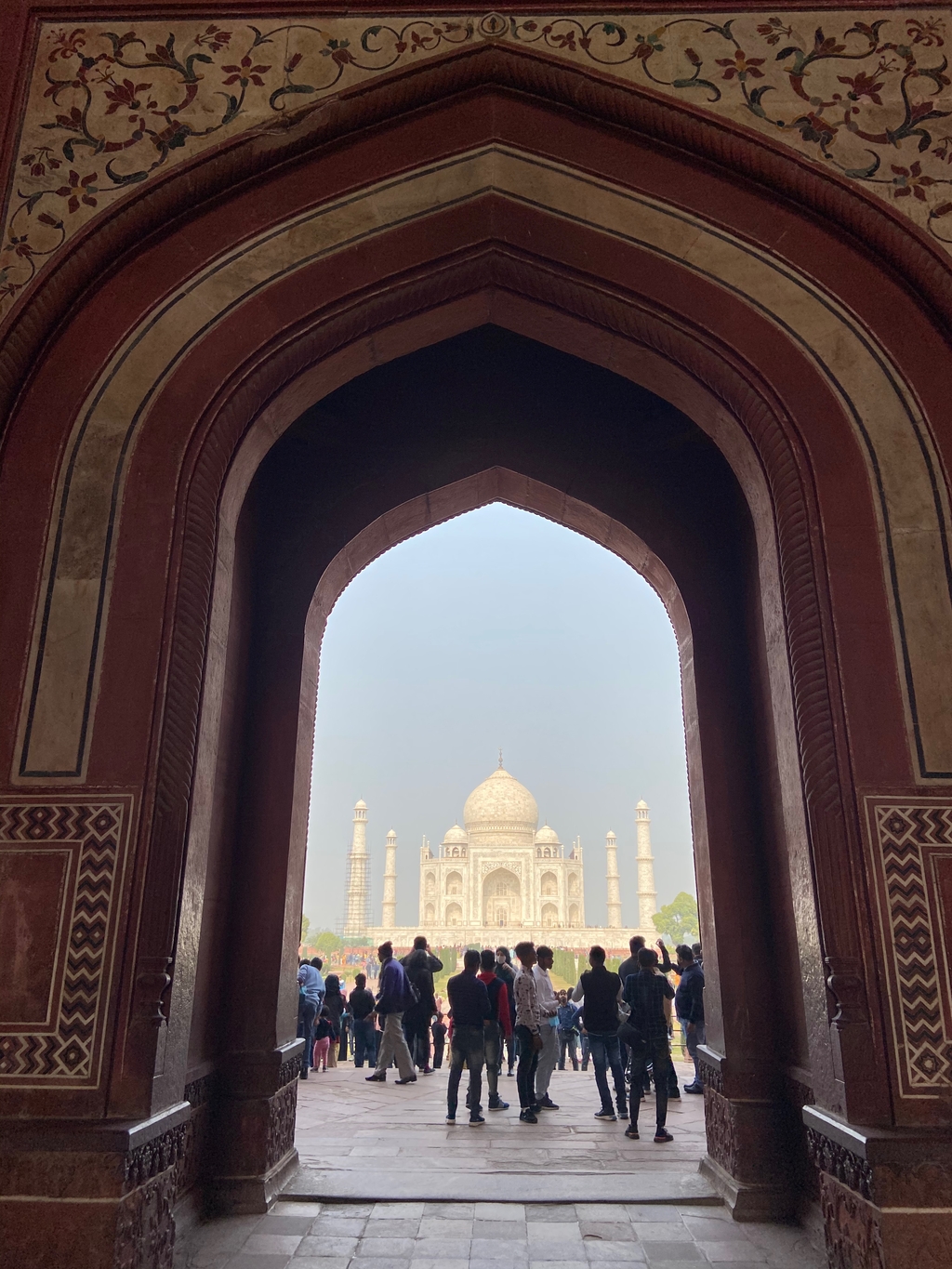 ... the one and only Taj Mahal. Darwaza-i-rauza is the gateway to the gardens which, symbolically, represents Paradise and offers the first views to Taj! 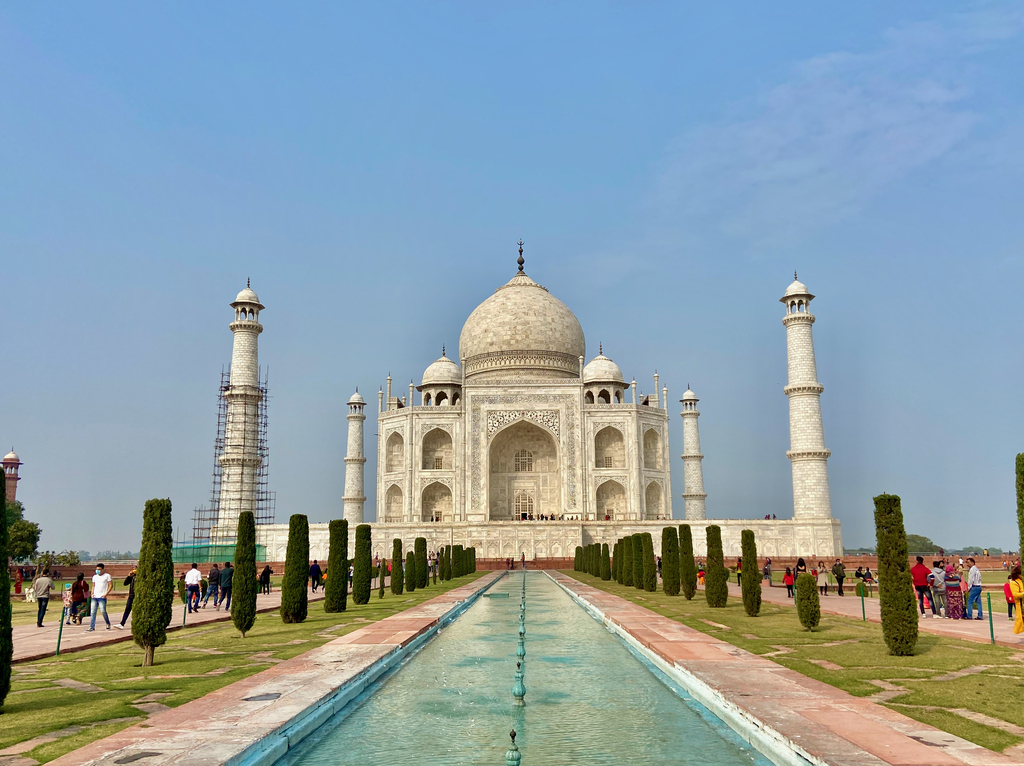 No photo does justice to this beauty. One of the universally admired masterpieces of the world's heritage. It is a perfect symmetrical planned building, with an emphasis of bilateral symmetry. The first word that comes out of your mouth when you see this jewel: Wah Taj! 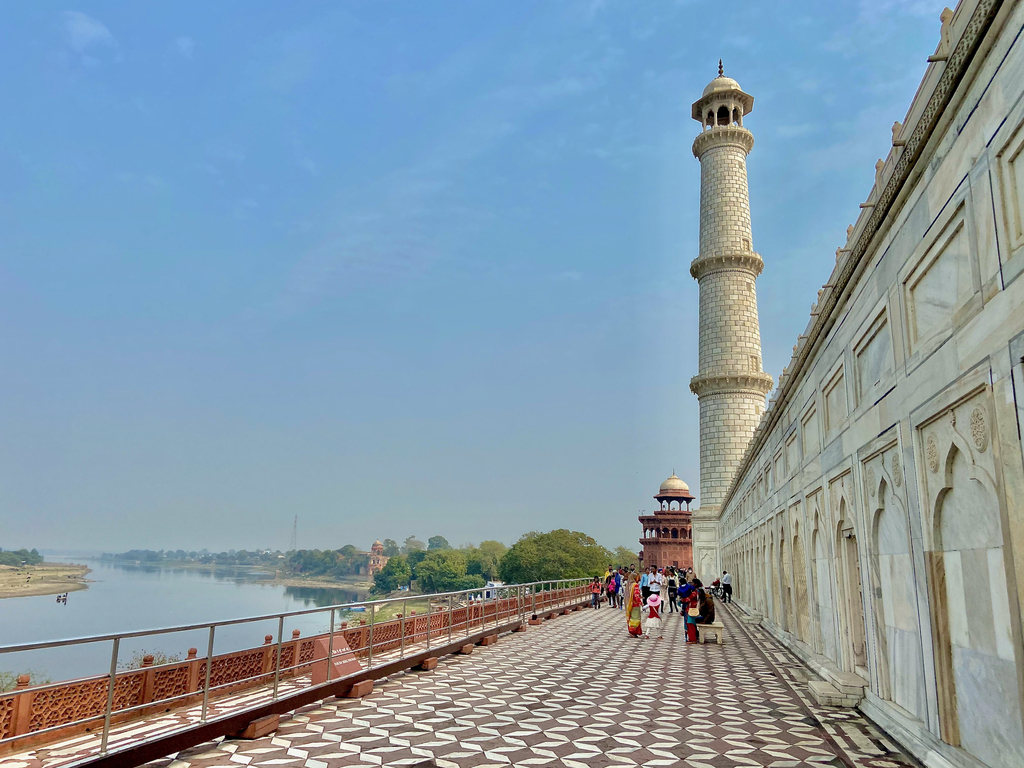 After all, Taj is a mausoleum - despite its size, for only two people: Mumtaz Mahal and Emperor Shah Jahan. 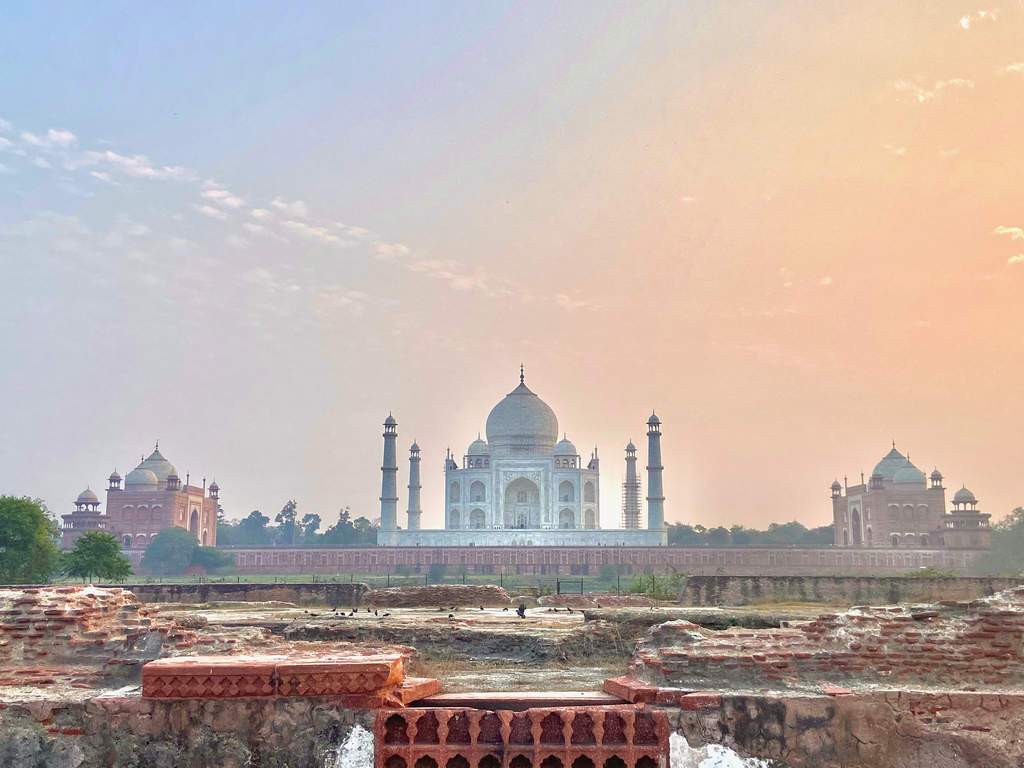 And my favorite view of the Taj is from Mehtab Bagh, and ideal site to admire the the Taj. 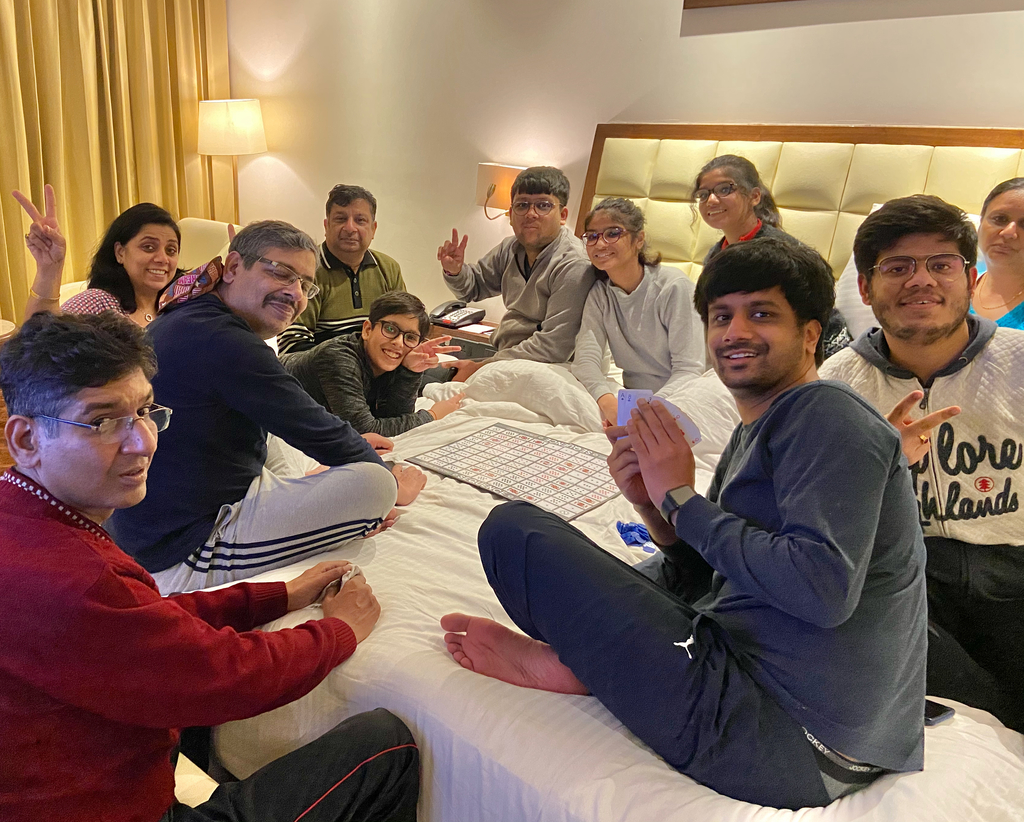 And then, some relaxing board games before starting the next day of travel. 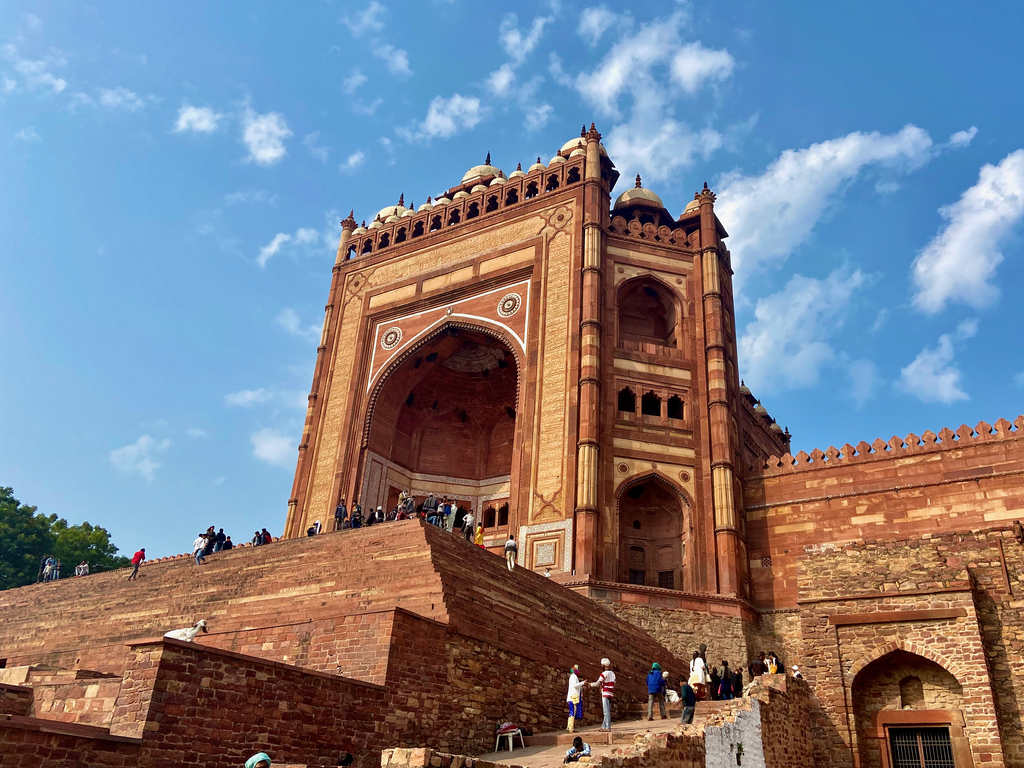 Buland Darwaza is the highest gateway in the world and is an example of sophistication and heights of technology in Akbar's empire. 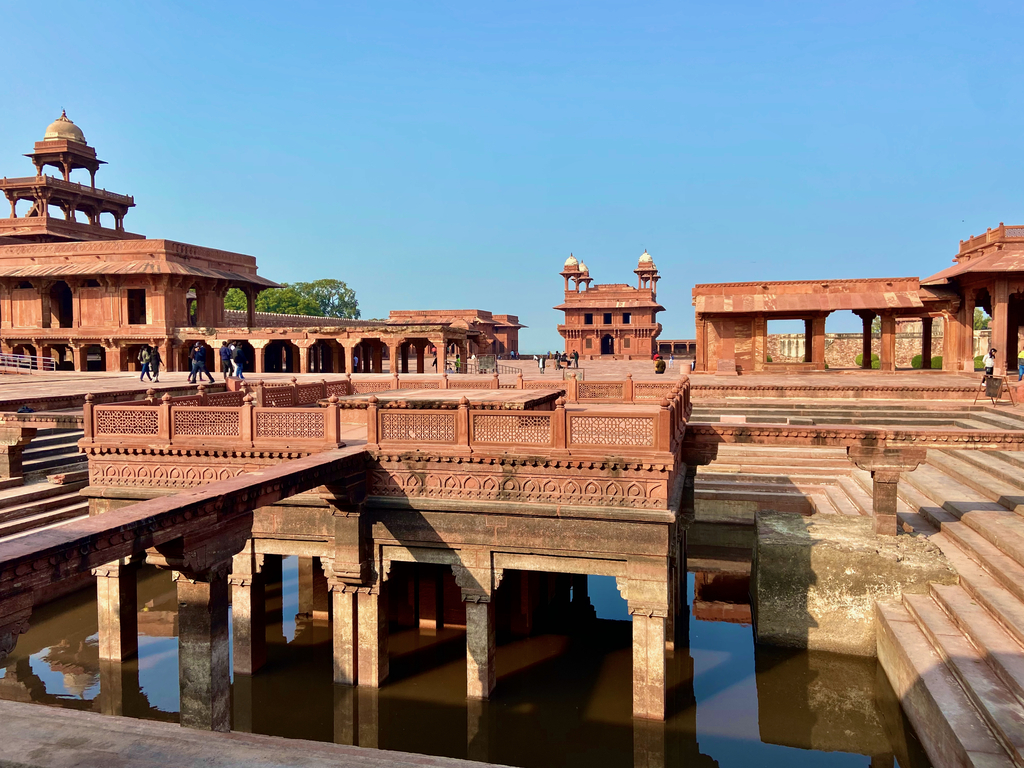 Known as the 'city of victory', Fatehpur Sikri was made capital by the Mughal emperor Akbar for a while before being abandoned. 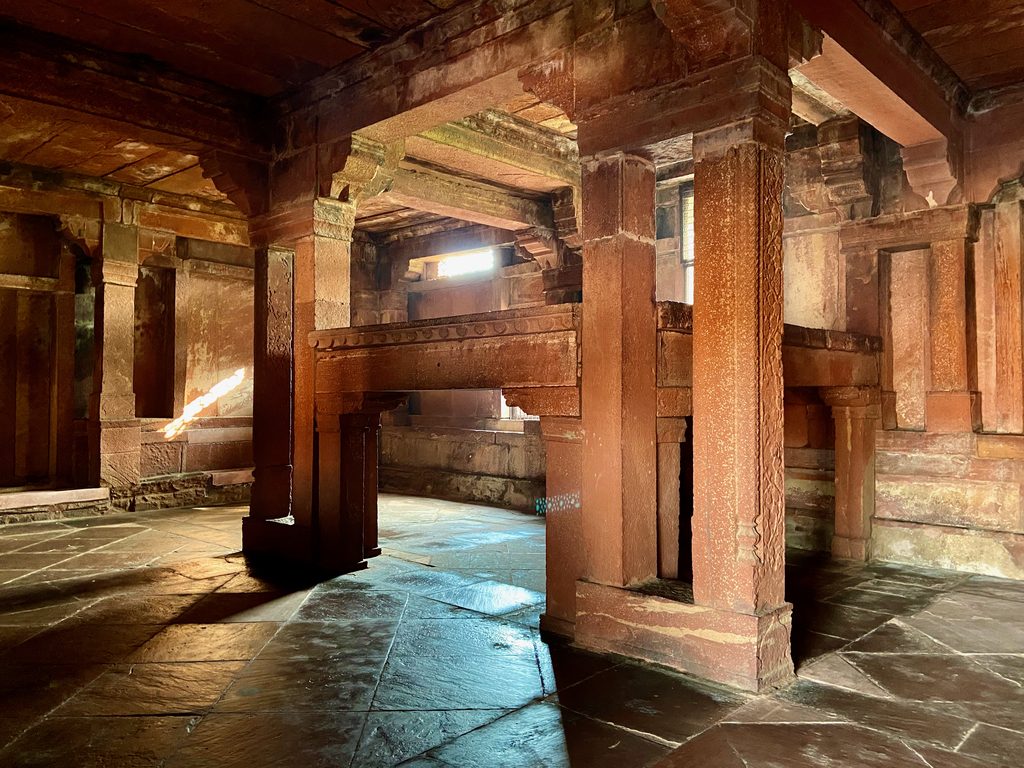 The Original 'King Size' Bed with a ladder to climb in it, supposedly Akbar's bedroom! 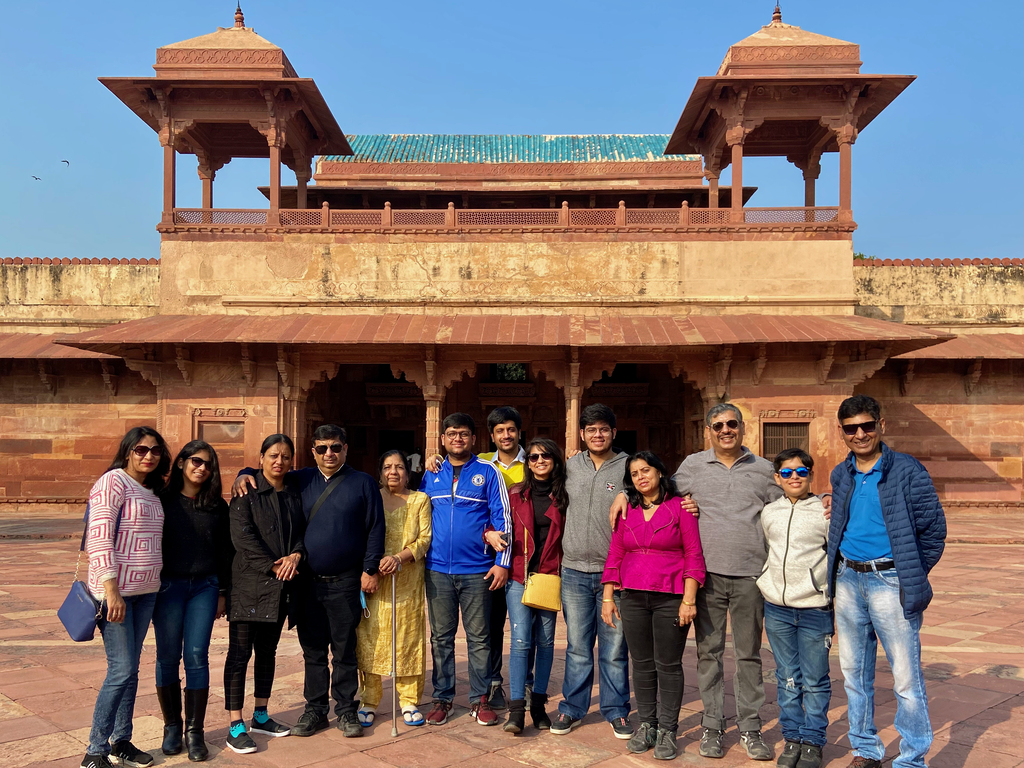 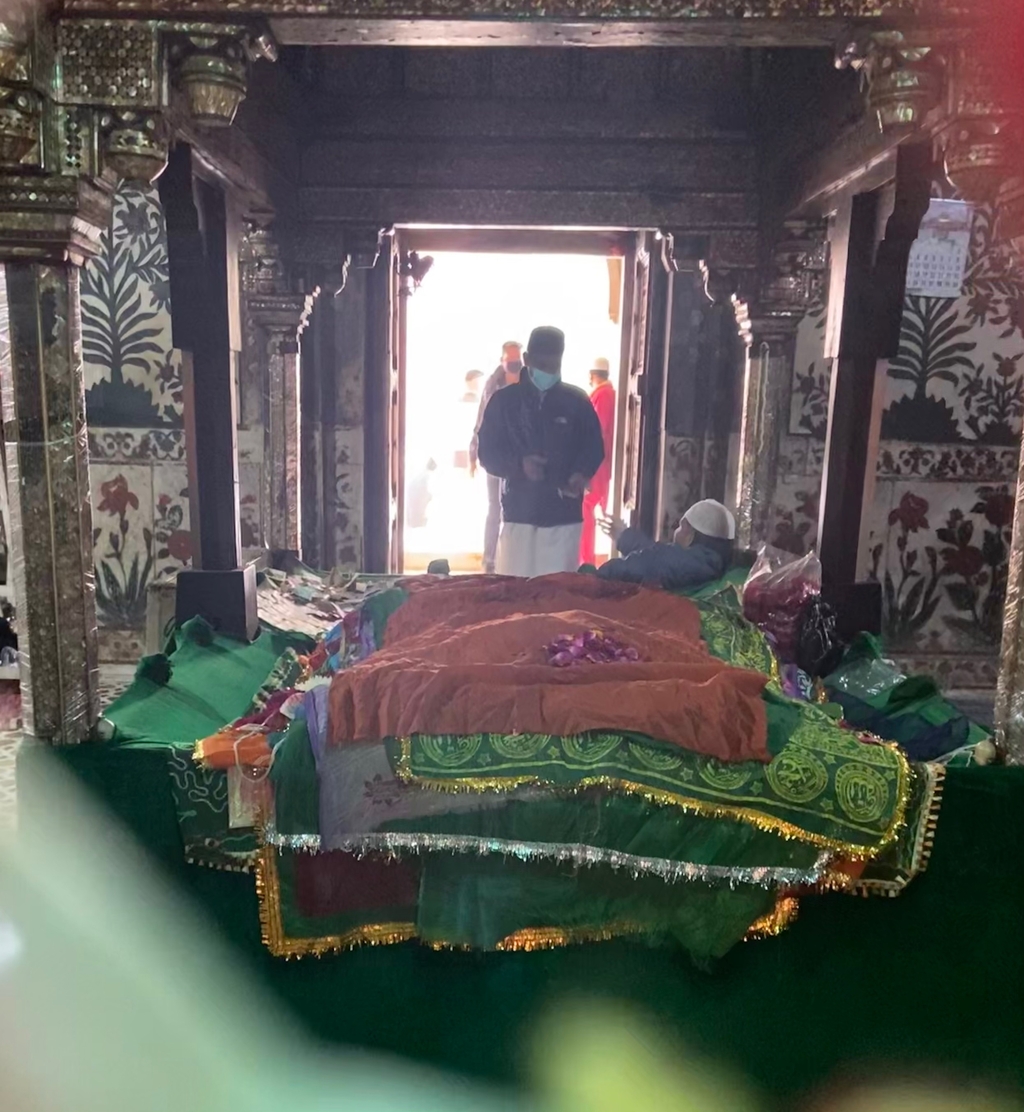 Tomb of Salim Chishti made in respect for Sufi saint, who foretold the birth of Akbar's son. 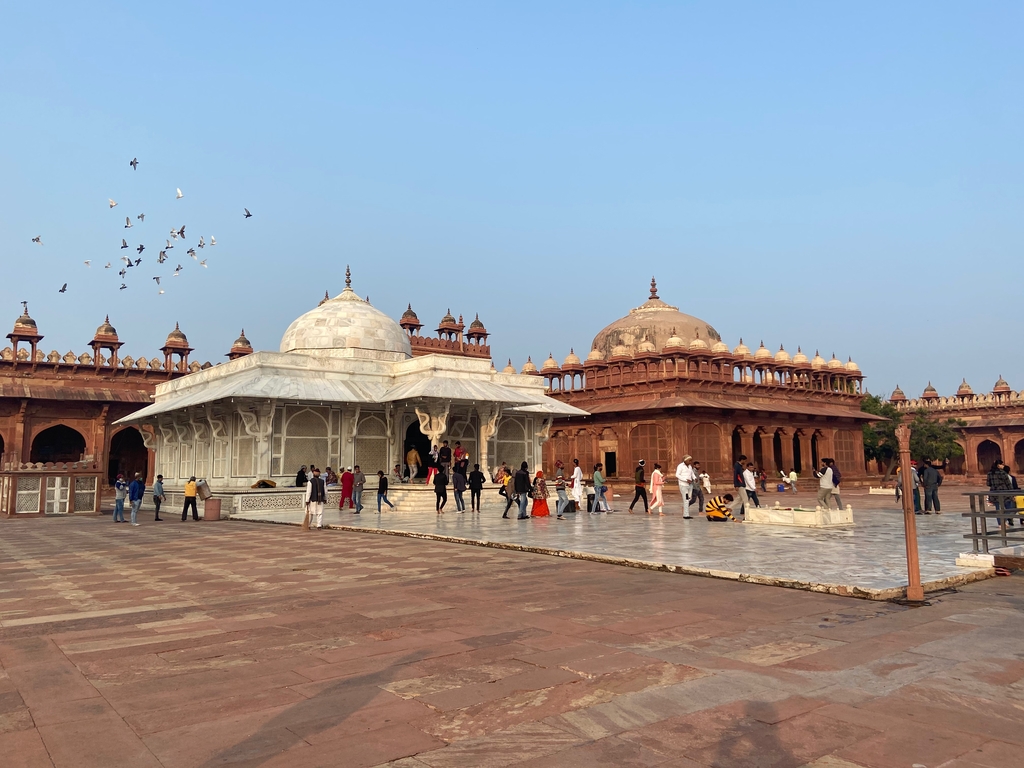 The tomb and the Jama Masjid - one of the largest mosques in both India and in the world. 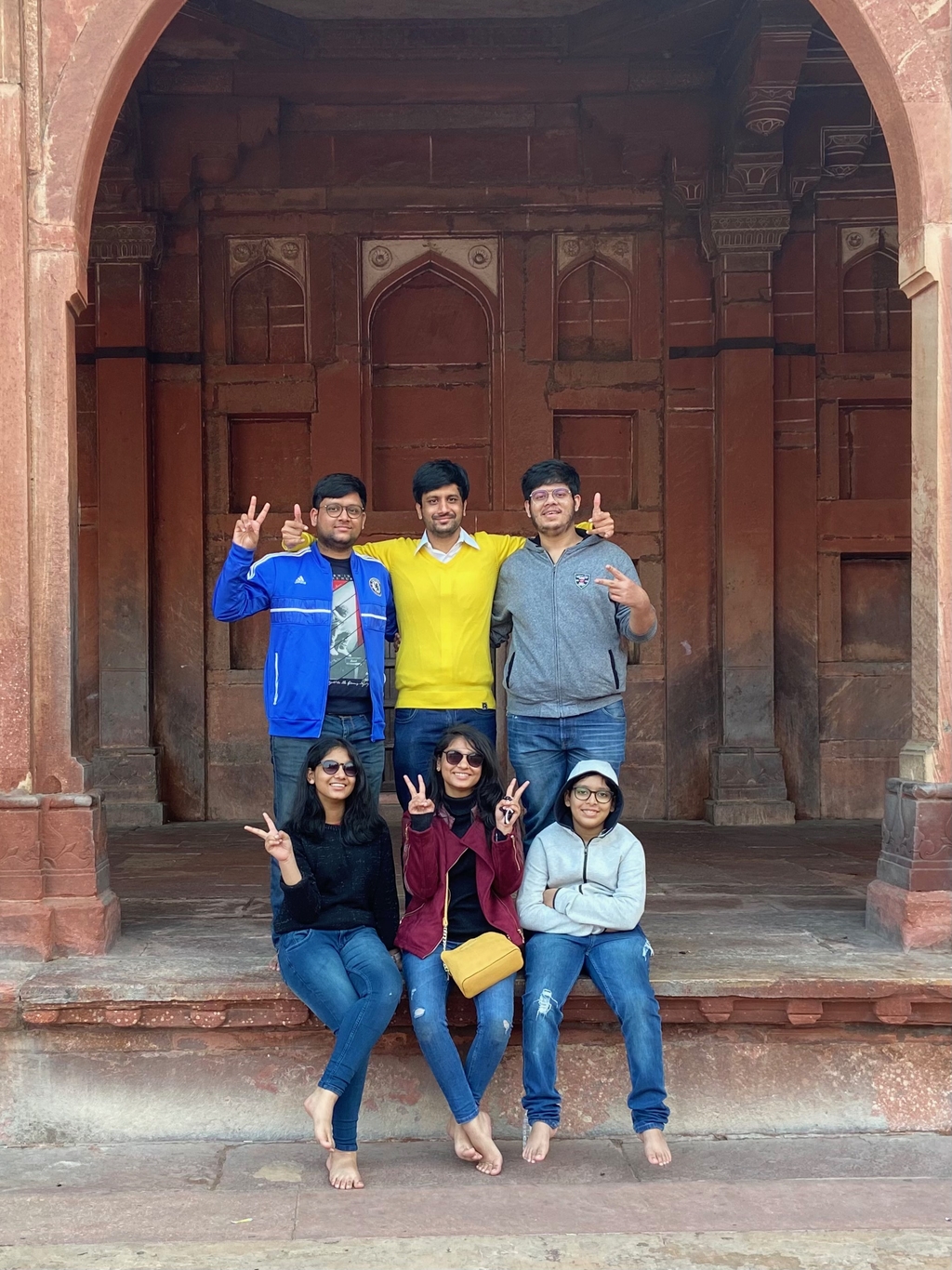 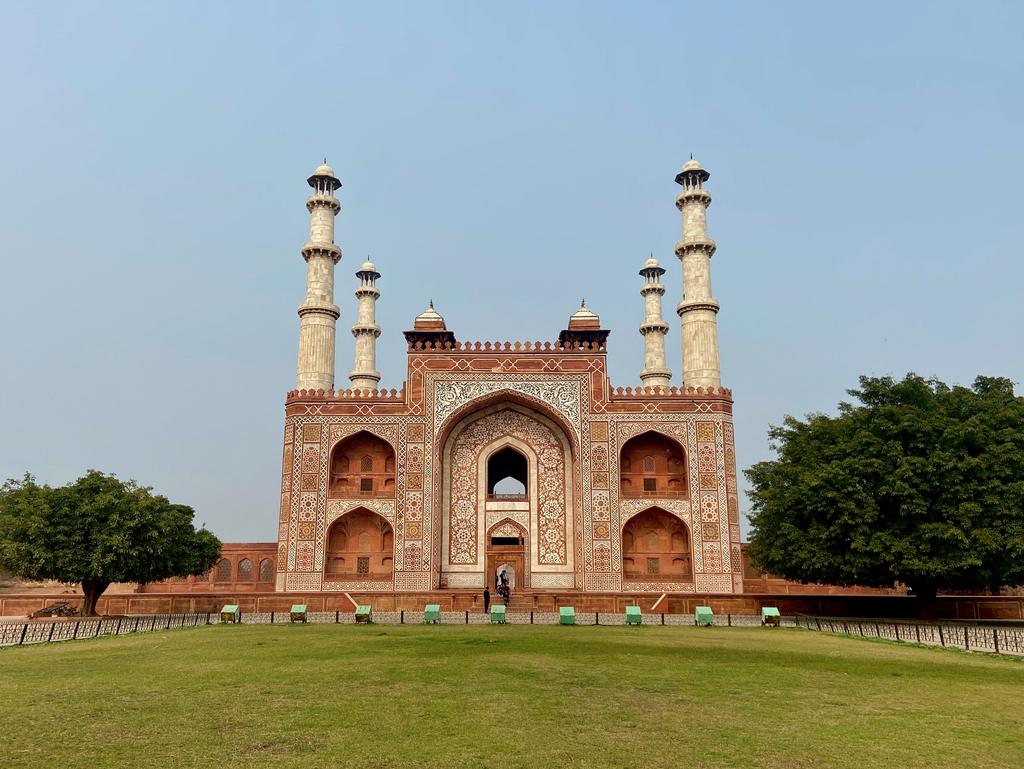 Akbar got his tomb monument constructed while he was alive as his final resting place, and his son Jehangir completed the monument as he passed away. 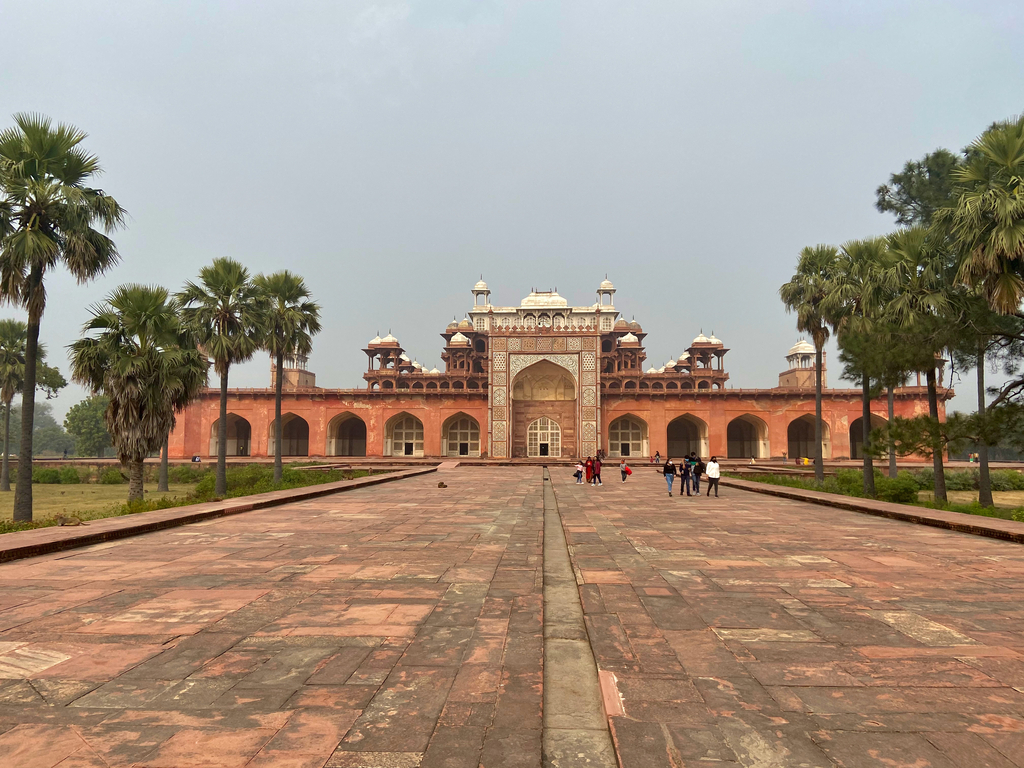 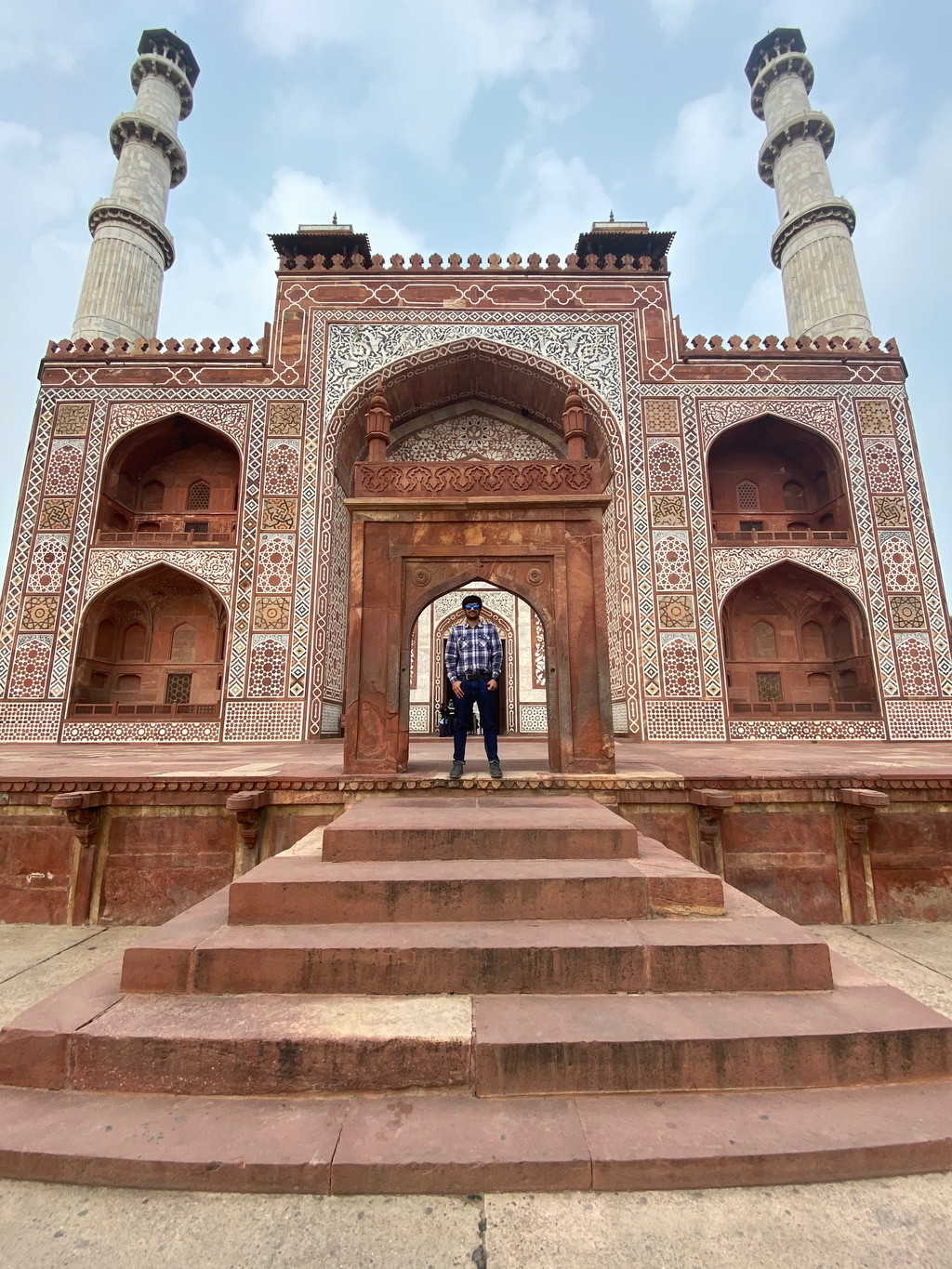 Akbar being short, created a short door so that tall people would have to inadvertently bend while visiting his tomb - clever! 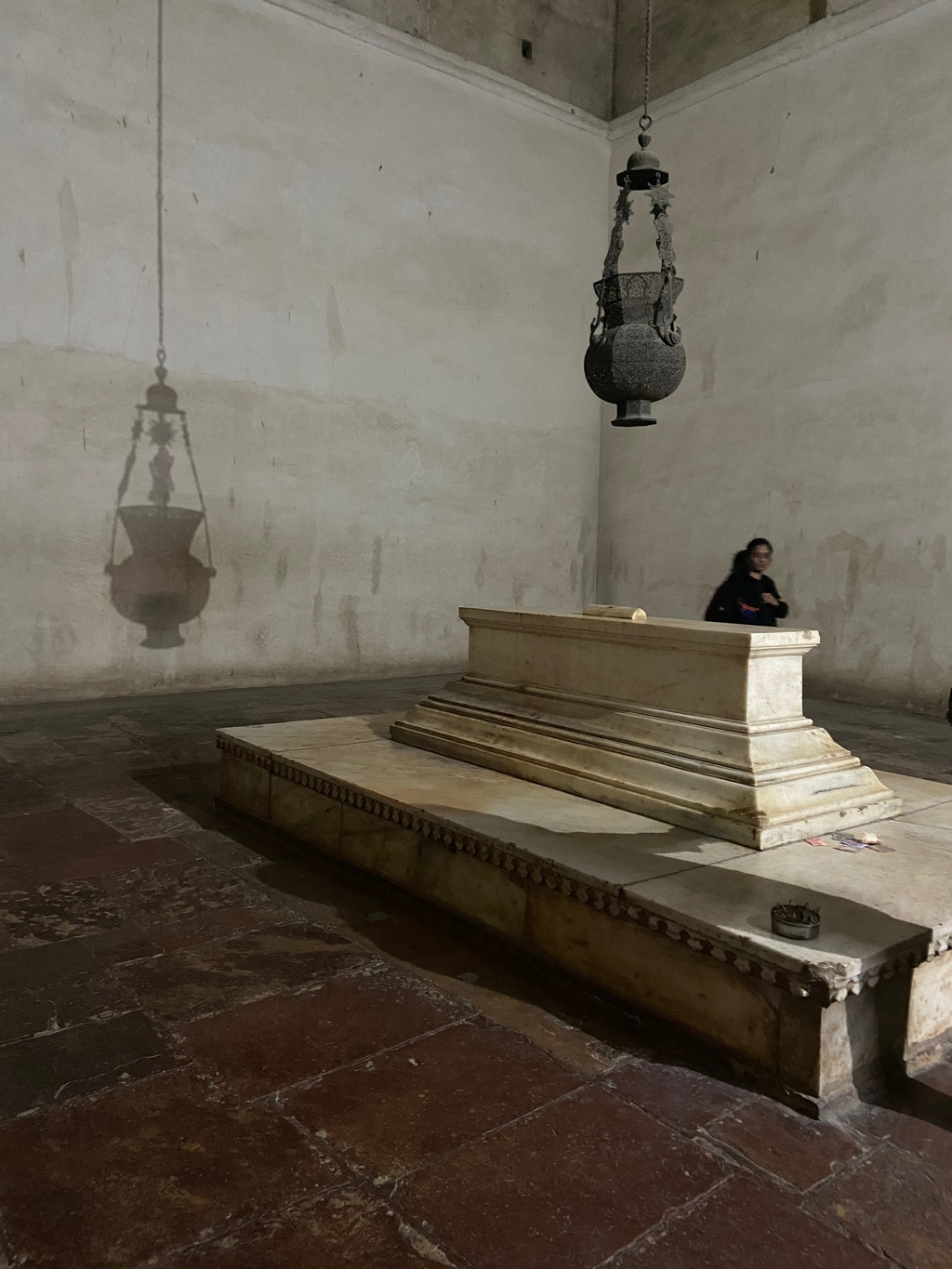 Here rests one of the greatest emperors - AKBAR! 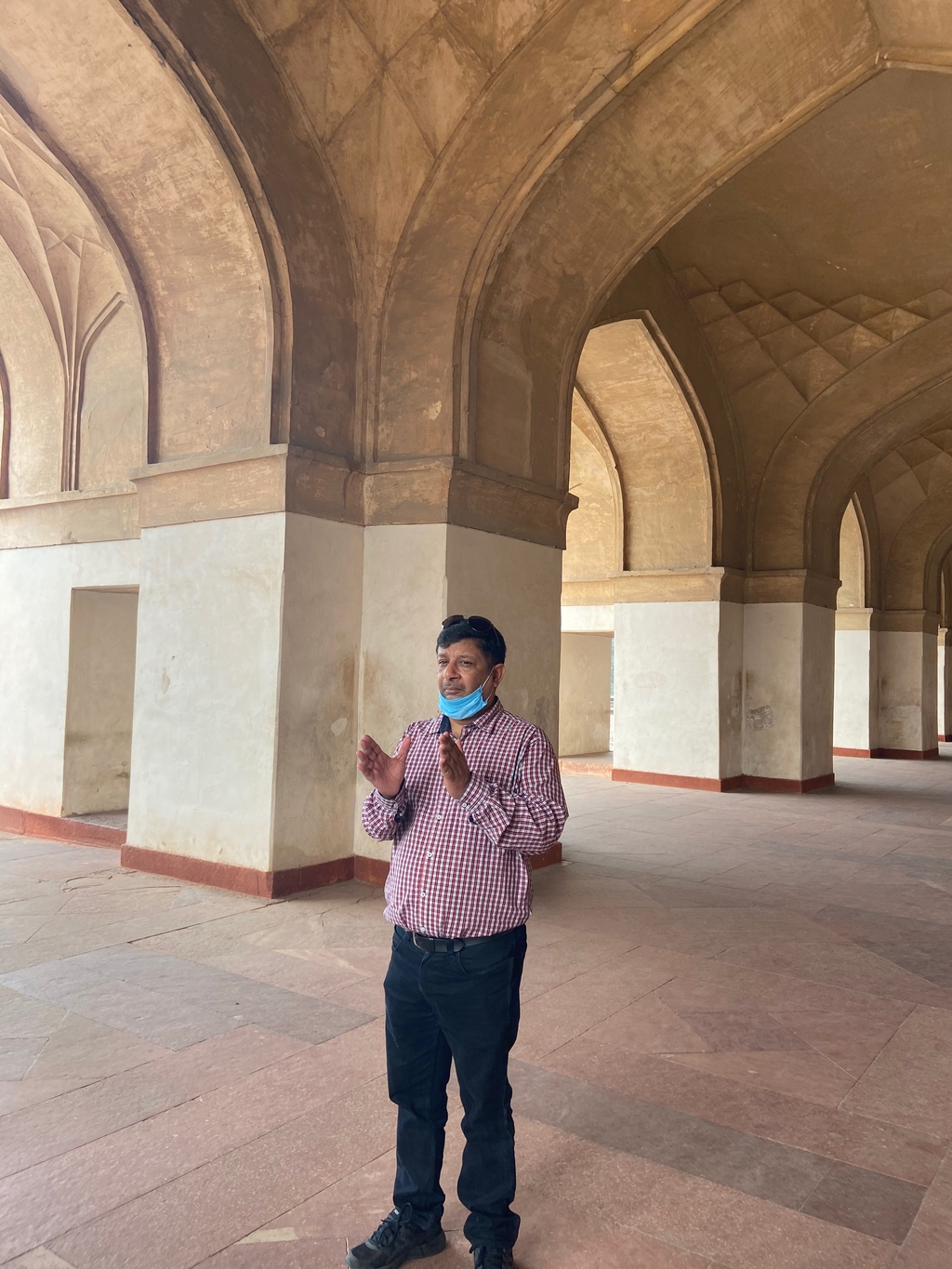 If you clap standing in the middle of the room then you can only hear the vibration others cannot - the mughals and their architecture is simply amazing! 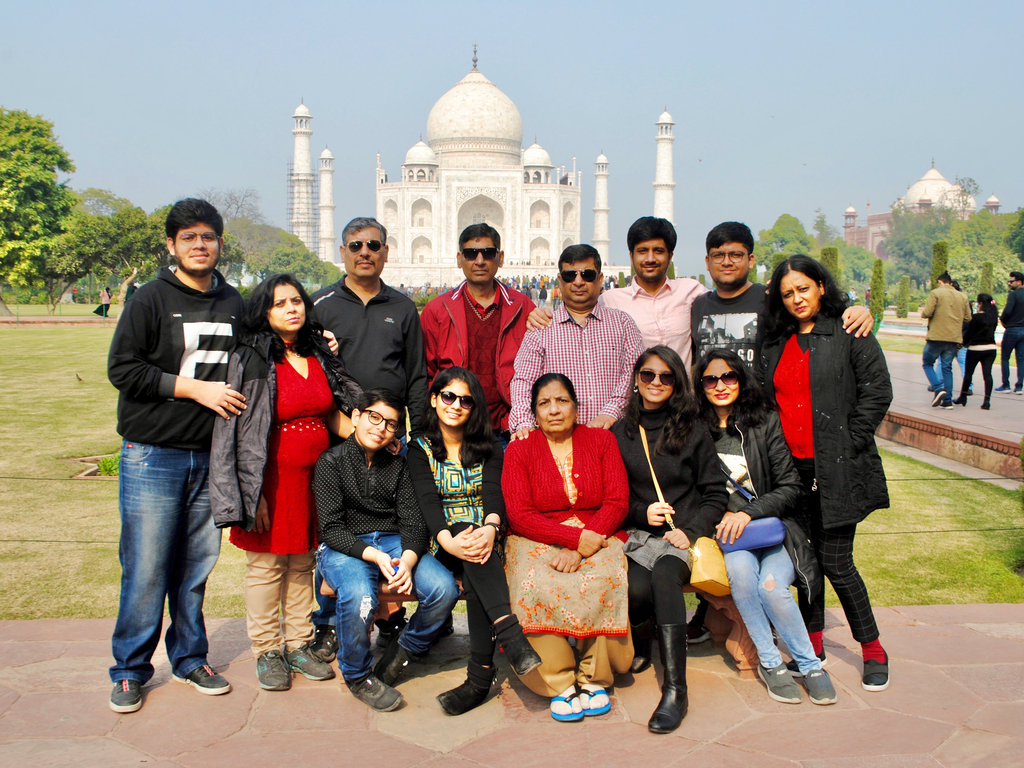